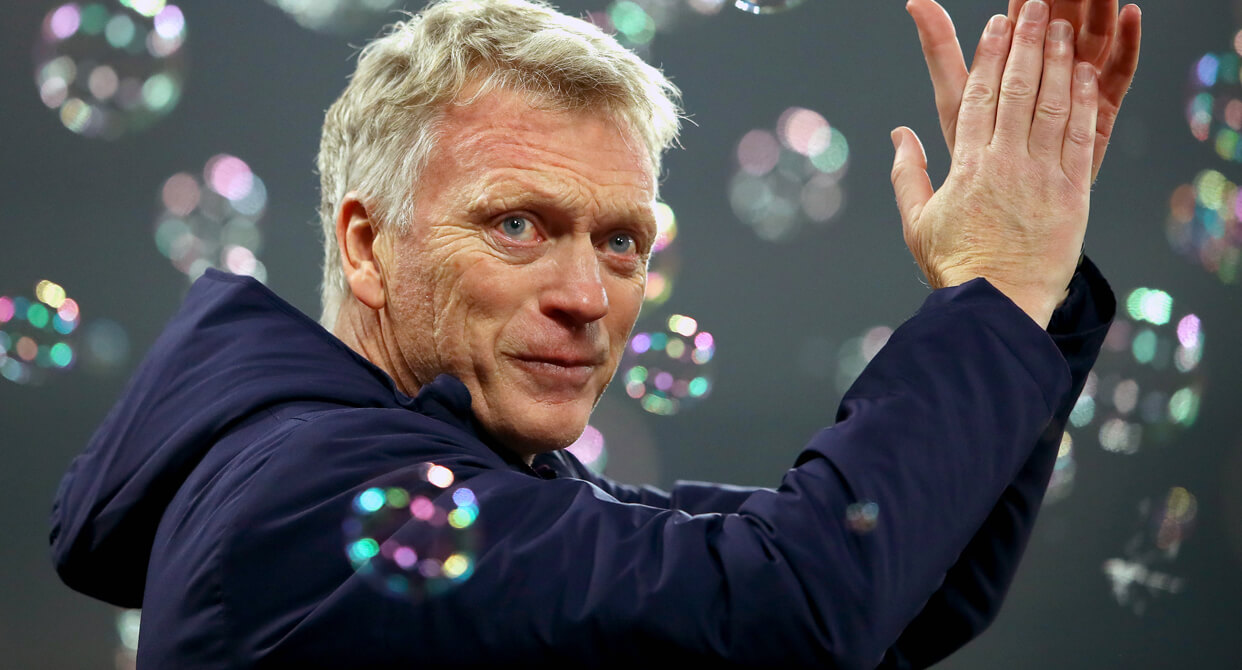 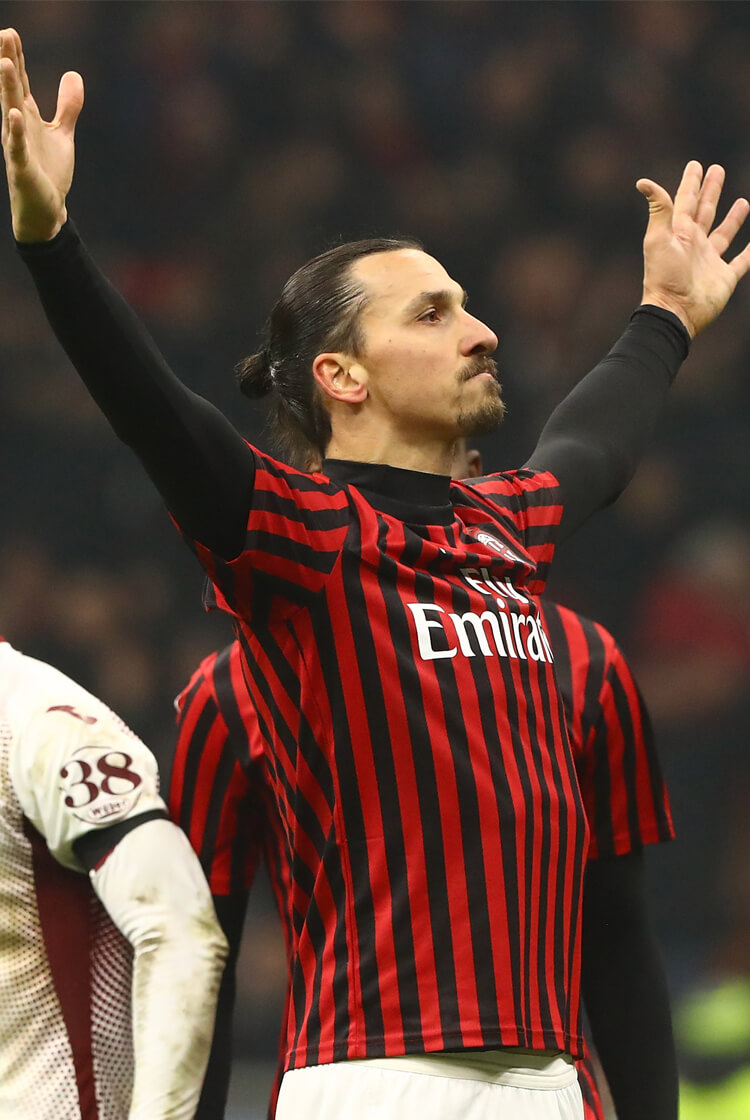 The Football Year in Images: Part 1

The Football Year in Images: Part 1

It's hard to get away from the fact that 2020 has, in every imaginable way, been dominated by Covid.

But football has, for the most part, continued, bringing entertainment, drama and, of course, VAR-related controversy into our homes and lives at almost every turn. In this four-part series to end the year, we take a look at the footballing calendar through the best and most relevant images we could find.

And that starts, of course, in the first quarter of 2020 – when stadiums were full and no one had any real idea of what was to come...

Rooney returns
After two seasons, 23 goals and two red cards for DC United in MLS, Wayne Rooney returned to England to extend his illustrious playing career with Derby County in the Championship. His first appearance for his new club came at home to Barnsley in early January, although in his official capacity as player-coach he had been working with the squad since the previous November. By the end of the year, after the sacking of Phillip Cocu, Rooney was interim head coach, working alongside another returning figure in technical director Steve McClaren.

Moyes for Manuel
Another familiar face rocking up in early 2020 was David Moyes, who was appointed West Ham manager for a second time following the sacking of Manuel Pellegrini. The former Everton and Manchester United manager was announced as head coach of the struggling east London club at the end of December, but his first game in charge came on New Year's Day. A 4-0 home win over Bournemouth hinted at better times to come, and so it proved – Moyes led West Ham to Premier League safety and has continued his good work in an impressive start to 2020/21.

The kids are alright
An FA Cup third-round tie against neighbours and rivals Everton is hardly what Jürgen Klopp would have wanted for a Liverpool team not long returned from their successful FIFA Club World Cup trip to Qatar. Klopp's team selection reflected his concerns – a host of youngsters was chosen to start alongside senior players including Joe Gomez, James Milner and Adam Lallana. Opposing manager Carlo Ancelotti picked a strong team for his first Merseyside derby as Everton manager, but they failed to find a way past Adrián and fell to a stunning strike from the 19-year-old Curtis Jones.

Nou man in charge
Consecutive Liga titles were not enough to keep Ernesto Valverde at Barcelona. Valverde was sacked in January, after a Spanish Super Cup defeat by Atlético Madrid, and replaced by former Real Betis manager Quique Setién. The new manager had built a reputation for attractive, possession-based football that sat well at Barça – could he be the one to inspire Lionel Messi and a team that had started to look stale under Valverde?

Return of the king
January was definitely a month for returns – Zlatan Ibrahimovic returned to AC Milan at the ripe old age of 38. The seemingly eternal Swedish forward had been a key figure in Milan's last Italian league title in 2010/11, but surely he couldn't inspire such heights once again? He scored on his first start back in the red and black of the Rossoneri, away at Cagliari, as Milan recovered from a poor start to finish the delayed Serie A season sixth. Heading into 2021, Ibrahimovic had scored 11 goals in 10 appearances and Milan were top of Serie A, one point clear of Antonio Conte's Inter.

Farewell to a hero
February marked the passing of a Manchester United legend, with the news that former goalkeeper Harry Gregg had died at the age of 87. The Northern Irishman was the club's number one at the time of the Munich air disaster in 1958 – not only did he survive the crash, but he was later credited with dragging teammates including Bobby Charlton, Dennis Viollet and Jackie Blanchflower from the burning plane. Gregg never won a medal with United – injury, lack of appearances and an eventual move to Stoke City kept him out of trophy-winning teams – but he will forever be one of the club's favourite sons.

Goal-hungry wolf
The startling progress that Wolves have made under Nuno Espírito Santo was nowhere better underlined than in the Europa League. The high point of a campaign that ultimately ended in defeat to eventual champions Sevilla in the quarter finals came in the first leg of their last-32 tie against Espanyol, when Diogo Jota scored a hat-trick – his second of the tournament – in a 4-0 victory. Wolves fans weren't the only ones watching, however – Jota's displays alerted the attentions of Liverpool, who invested more than £40m to bring the young Portuguese attacker to Anfield in the summer.

The Invincibles rest easy
Liverpool travelled to relegation-threatened Watford at the end of February, having won 26 and drawn one of their 27 Premier League fixtures to that point. Only Manchester United had taken points from the champions elect, but Watford had acquitted themselves well at Anfield in Nigel Pearson's first game in charge and duly shocked the football world with a deserved 3-0 win. Two goals from Ismaïla Sarr and Troy Deeney's strike burst Liverpool's bubble, and delighted Arsenal fans who were starting to get worried that Arsène Wenger and their 2003/04 Invincibles might be eclipsed by Jürgen Klopp and co.

Welcome to Miami
March witnessed the historic first MLS fixture of Inter Miami, as the new team whose ownership group includes David Beckham kicked off their existence with a 1-0 defeat away at Los Angeles FC. Beckham was of course present, along with wife Victoria, although the impact of the Covid pandemic was such that the team had to wait until August before playing its first game at home. At least they won that one – 3-2 over Orlando City.

Manchester City Cup
A crowd of 82,145 – remember them? – packed into Wembley Stadium to watch Manchester City and Aston Villa contest the League Cup final. Sergio Agüero and Rodri were the goalscorers for the defending champions, but Phil Foden was the star performer in a 2-1 win that gave Pep Guardiola a third straight victory in the competition. City have won five of the past seven League Cups, and face Manchester United for a place in yet another final in early January.

TheyBelieve
The England Women's football team had signalled their World Cup aspirations with a surprise victory in the 2019 SheBelieves Cup, stealing the title from hosts and holders the United States. Twelve months on, and having succumbed to the very same opponents in the World Cup semi finals in France, they were again defeated by the world champions in their opening fixture of the 2020 tournament. The irresistible Americans followed their win over England with two more against Spain (above) and Japan to reclaim their title.

Classic Diego
Diego Simeone has made a career out of upsetting the big boys of Spanish football, forging a backs-against-the-wall mentality and attritional playing style that has driven Atlético Madrid to higher heights than the club has known for much of its existence. He doesn't limit the trick to domestic football, however, and pulled off yet another minor miracle to knock defending champions Liverpool out of the Champions League on yet another crazy European night at Anfield. Having won the first leg 1-0 in Madrid, Atlético looked to be on their way out when Roberto Firmino put Liverpool 2-0 up on the night in extra time. Simeone and his team dragged victory from the jaws of defeat, scoring three goals in the remaining minutes to shock Anfield. That the game almost certainly shouldn't have gone ahead, with thousands of fans travelling from Covid hotspot Madrid to Liverpool, was little more than a side story to the Simeone-dominated narrative.

Hug it out
On Saturday March 7, Arsenal manager Mikel Arteta celebrated with his coaching staff after a narrow home league win over West Ham. Five days later, Arteta tested positive for Covid. Within 24 hours of that news, the Premier League was suspended until April 4 at the very earliest. It did not resume until the middle of June.

Euro 2020 becomes Euro 2021
The tournament is to retain its official name of Euro 2020, but the news broke on March 18 that the European Championship scheduled for the summer of 2020 – and to be played in various cities across Europe – would be postponed and instead rescheduled for the summer of 2021. The news came as no surprise, and was received positively by a football community that understood there were bigger things at play than even the beautiful game.