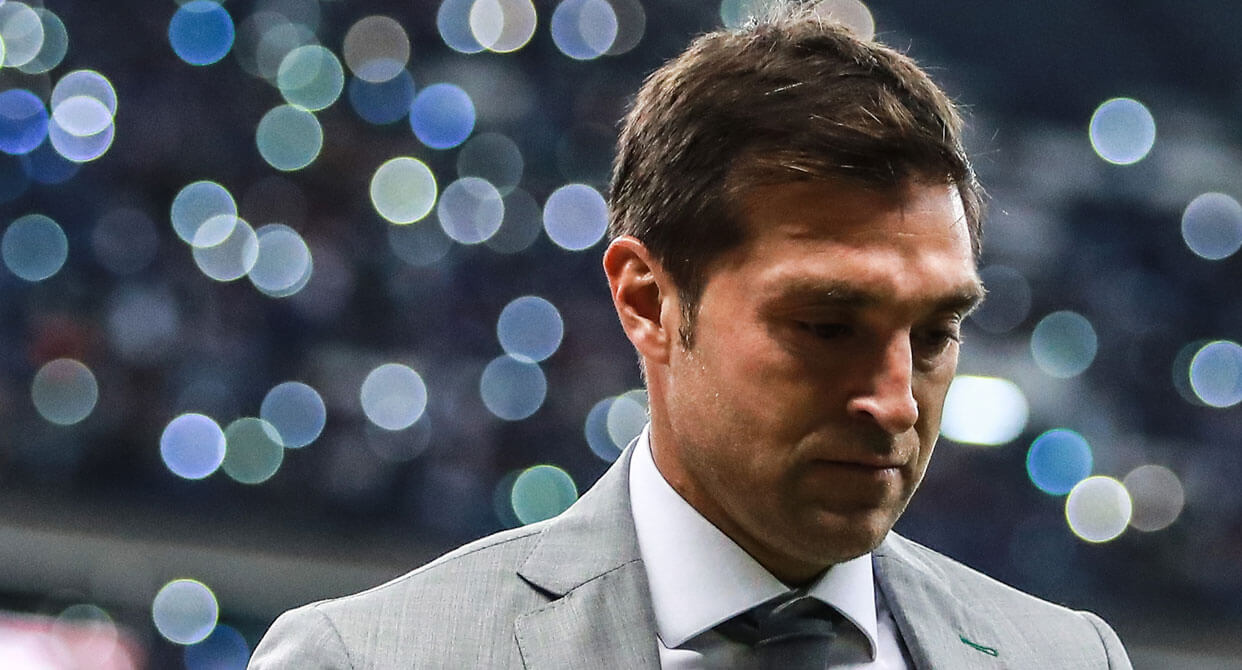 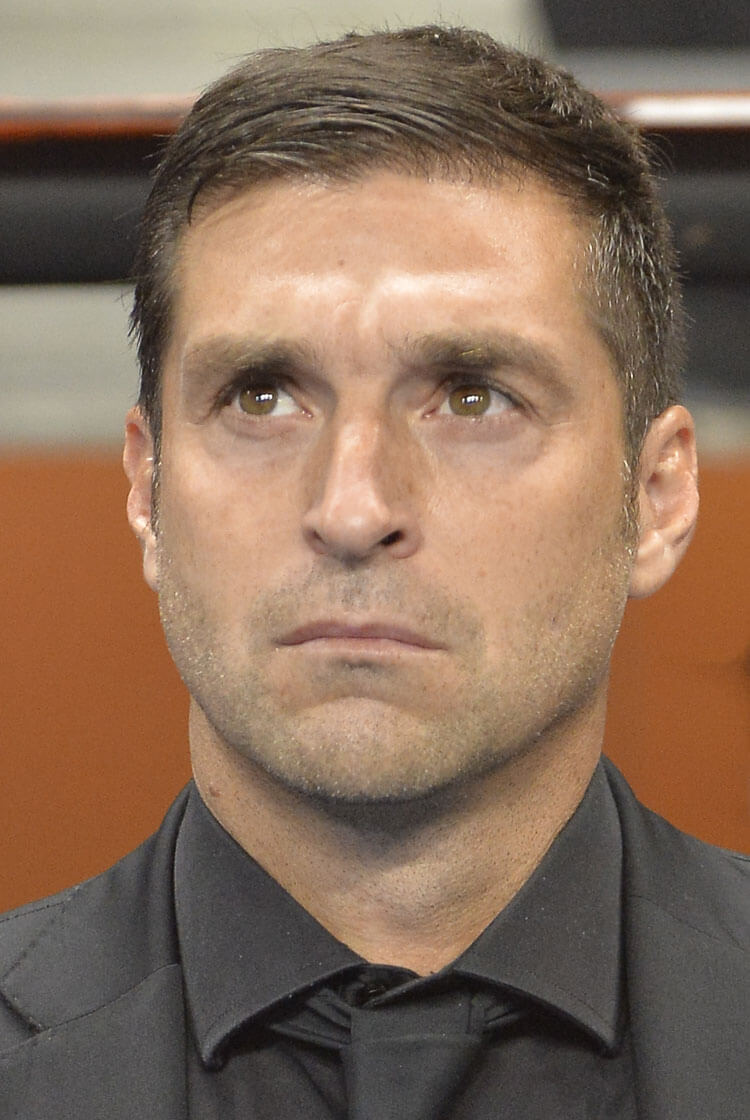 It was totally new for me.

I had won titles in my career as a player. But I had never experienced the feeling I got when winning the CONCACAF Champions League as a manager for the first time.

When you are a player, you enjoy winning in a different way. Firstly, because you play a major role on the pitch.

You work on developing your performance to show that you are good enough to be there on such a big stage. Basically, you play football.

But when you win as a coach, all of that adrenaline that has been building up on the touchline just gets released.

I was 21, and just starting my career as a professional player with Bella Vista in Uruguay, when I realised that my place was on the bench as a coach.

I enjoyed my playing career, knowing all along that coaching was my passion. Whenever I’m asked, I always say that I was lucky enough to be a manager who also got to play football.

That is why I focused on training sessions in a different way to my teammates. I was interested in the work of the coaches and the technical staff, and the physical preparation of the team.

I would write down every session I did, until one day I threw it all in the bin. Why?

I'd realised that what I was doing was worthless. Training has to be what we want in an experience – not a copy of something else.

"I can't really remember what me and my technical staff were saying, but they must have been words of euphoria"

My last match as a player was the two-legged final of the Copa Libertadores in 2011. I was in the Peñarol squad that faced a Santos team featuring the young Neymar.

After that final – Santos won 2-1 over the two legs – I decided to make the step up as a manager. Two months later, I was in charge of Bella Vista – the club where I had started my career – in the Uruguayan first division.

Over the next three years, I developed my coaching career with Guaraní and Olimpia in Paraguay, and back at Peñarol in Uruguay. Then, at the end of 2014, I was offered the job at Pachuca, in Mexico.

It was there the chance came for me to win my first major trophy as a coach – Mexico's Clausura.

My immediate reaction after the final whistle against Monterrey was one of sheer emotion. I went to hug the members of my technical staff – I can’t really remember what we said, but they must have been words of euphoria.

In that crazy run, my joy took the form of tears in my eyes. To win that cup was the happy ending to a year’s hard work.

At the beginning of the following season, we set another target. It was to win the CONCACAF Champions League – a special title for the club, and one that would also allow us to play at the Club World Cup. To be big again.

But to achieve that, we needed to be better at everything. Every day.

In training, in matches, in the individual care of the players. We couldn’t make a mistake.

The response of the group was spectacular.

Each match was of vital importance – both for us and for the fans. They had the power to make us better every time we played at home.

We broke records, winning by a lot of goals and letting very few in. It was a huge campaign that ended up in the final against Tigres UANL.

Tigres had the biggest budget in Mexico, and one of the biggest in the CONCACAF area. They had good players, good coaches.

Yet, in terms of motivation and preparation, it was very straightforward when it came to the final. We had been ready for that precise moment for 12 months.

There was also another advantage. Tactically, Tigres was a team we knew very well. We knew we could beat them. We had done it before. We just needed to tweak some aspects of our game so that we could neutralise them.

Even so, and despite us scoring early, it was very hard for us to control them in the first half of the first leg. We adapted well in the second half, and the game ended in a 1-1 draw. Back in the dressing room, we felt good.

"I had played that match thousands of times in my head"

While we were not ahead, that result allowed us to face the return match with the comfort of playing at home – where we hadn’t lost in more than a year and a half.

During the days building up to that match, the work dynamic was the same. As was the dialogue with the players. My theory, in those talks, is that everything depends on the group and the players.

You can’t say the same thing to everyone. You also can’t always repeat the same speech.

The message for the first leg wasn’t good enough for the return match. That job falls to the manager – to know what to say and, at each given moment, who to say it to.

Every time I speak to a player, I look to strengthen a certain aspect. To encourage him to achieve a goal, or to bring him into the dynamic of the group if he feels he is outside of it.

I played that match thousands of times in my head. Constantly. We all tried to imagine what was going to happen.

But you also have to prepare for what cannot happen. That means that you can’t relax for a moment – you are constantly living it.

I have so many ideas that, until they become clear in my head, I don’t even talk about them with my technical staff. When raising an issue, I never give my opinion.

"Even if a team is playing well, as we were then, a manager should always be doing more to make them even better"

That would influence their ideas, and they wouldn’t give a true answer. I want them to have their own point of view, and from then on to generate a debate.

Sometimes I talk about it with some of the players – to get to know how they would resolve a specific problem. That’s because there's something that is paramount to me – the vision for the game is not mine, but the whole team’s.

The art of the manager must be that the vision for the game belongs to everybody. But not by imposing it.

That, in turn, leads to sharing it with the group so that they can come up with the right tools to solve a problem. That is my dynamic in the dressing room.

At half-time in the return leg, the score was 0-0. Then, in the dressing room, we tried to modify certain things to increase the dominance we felt we had in the first half.

Even if a team is playing well, as we were then, a manager should always do more to make them better. With the weapons we had in our arsenal, we knew we could be better against an opponent that was potentially stronger than us.

That 1-0 victory, securing the Champions League, meant more than winning a league title. It was something special for the team, for the fans and for the whole city.

Special to achieve the great challenge that we had set ourselves. But also to win a ticket to the 2017 Club World Cup, where we competed against the best teams in the world.

Still, nothing changed the day after. What was I thinking about? Just how to win again.

It is true that this is not a guarantee of success. But it’s my way of understanding this profession.

It’s a philosophy that will be with me always.