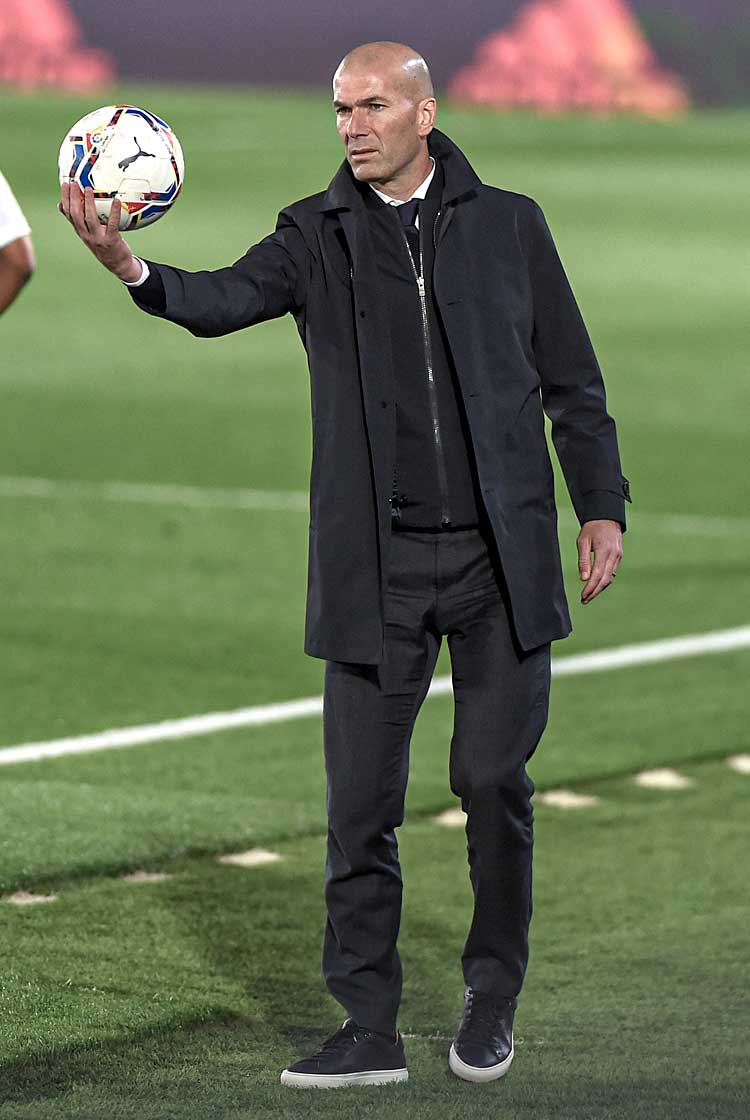 Manchester City manager Pep Guardiola insists that formations “are nothing more than phone numbers”. The implication is that his players move from their positions so much that the stated formation they start in does not in fact matter. The players are so rarely in that shape that there is barely any need to name the formation.

However, to most of us, formations provide a useful framework from which we start to build up an idea of how a certain team or manager plays. So, we’ve decided to take a look at football’s most popular formations. Why would any manager prefer one over another? What are the strengths and weaknesses of each? Read on to find out, and then draw your own conclusions as to which works best.

Strengths
The main strength of a 4-3-3 is the presence of a third player in central midfield, which creates a numerical overload when up against a team playing with two. This helps in build-up, playing through the lines, creating chances and overall domination of possession. The basic shape of a 4-3-3 tends to create more triangles between players, and so more passing lanes are open to the ball-carrier. This, in theory at least, makes it easier to play a possession-based game – and this is one reason Johan Cruyff preferred such a shape for the positional game he liked his teams to play. Zinedine Zidane‘s Real Madrid had plenty of success in a 4-3-3, too.

In attack, wide wingers flanking a single centre-forward can be enough to pin four defenders back. This creates an overload elsewhere on the pitch and should, in theory, make it easier to progress up the pitch.

Defensively, the 4-3-3 provides numbers and compactness in central areas. A staggered midfield shape – often a single pivot behind two number eights – makes it easier to defend the space between the defensive and midfield lines. It is easier to press high up the pitch, meanwhile, with three players in the front line rather than two.

Weaknesses
The main weakness of a 4-3-3 is that the single centre-forward can be left isolated, and is naturally underloaded whether playing against two or three centre-backs. This means you need a player in this position who is willing to do lots of work that may bring little or no reward. They also need to be strong and good enough on the ball to hold off several defenders.

The three central midfielders can end up numerically overloaded against four central players – for example, in a 4-4-2 diamond. The central midfielders can also end up with a lot of ground to cover. If they don’t get across the pitch following a switch of play, the full-backs can be left exposed and isolated with no wide midfielder ahead of them, and the winger usually high up the pitch. Opponents can also target wide areas on the counter-attack, particularly if a full-back has pushed up.

Strengths
The presence of two centre-forwards in a 4-4-2 formation means both opposition centre-backs are constantly occupied when up against a back four.

The 4-4-2 provides a strong base from which to launch counter-attacks, with a good balance of players both in front of and behind the ball. There are usually enough players behind or around the ball to regain possession in the first place, and then also enough of a presence ahead of play to initiate and sustain a counter-attack, both in central and wide areas.

After dropping back into a block, the front two can block off access to central midfield, making it harder for opponents to build through the centre of pitch.

One final strength – which is significant for proponents of the 4-4-2 like Diego Simeone – is that sliding across the pitch in two units of four is easy to do while maintaining compactness.

Weaknesses
The 4-4-2 requires lots of hard work, runs and movement from the players, because the basic structure is not the most conducive to playing a passing game. Players in a rigid 4-4-2 structure can block teammates from passing to one another, particularly when playing forwards. For example, a central defender, central midfielder and centre-forward would all be on the same passing line. Without the required movements, this formation can become more predictable than others.

With two flat lines of four and no depth to midfield, spaces between the lines can be difficult to cover. One penetrative pass can therefore cut several players out of the game quickly. A central-midfield two will also often face a numerical overload, as plenty of opponents will set up with a midfield three.

Strengths
With the number 10 able to drop into midfield when the team in possession, a team playing in a 4-2-3-1 can create numerical overloads in central midfield when up against a midfield two. This helps in build-up play, chance creation, playing through the thirds and in any attempts to dominate possession. The number 10 can play a little higher than a central midfielder might in a 4-3-3. From that position, they can link the midfield and the attack. They are also able to find central spaces between the lines and away from pressure.

The support and security provided by a double pivot allows the full-backs to push forward more effectively. They will often do so at the same, which may not be the case from a 4-3-3 formation. The defensive midfielders in a double pivot also protect the spaces between the lines and ahead of the centre-backs. They are able to move across to cover the wide areas more quickly and more effectively than a single pivot would be able to. This means they can get across following a switch of play, or cover the spaces an advanced full-back leaves vacant.

Weaknesses
The use of a double pivot inevitably means one fewer attacking player. That can result in too little central attacking presence once the ball has been moved forwards.

The three central midfielders can be numerically overloaded against four central players, such as in a 4-4-2 diamond. If the number 10 does not drop in when out of possession, the double pivot can be overloaded by a midfield three.

Meanwhile, the wide areas can be left exposed to opposition counter-attacks. Accurate switches of play can leave the central midfield unit with too much ground to cover to get across.

Strengths
The main strength of a midfield diamond is that it allows a team to have four players in central midfield. That will almost always mean a numerical overload against any other formation in a crucial part of the pitch.

The formation also allows you to play with two centre-forwards, who can always occupy both centre-backs in a back four. If you are up against a back three and the opposition has a one-player advantage in that part of the pitch, they are very unlikely to match up numerically in central midfield.

The four-player midfield unit provides a staggered defensive shape that makes it easier to defend spaces between the lines, and gives numbers in central areas. The front two, meanwhile, can either block off central access, or press the outside shoulders of the opposition centre-backs. This cuts off the full-backs and forces play into central midfield, where there are lots of defenders.

When defending for prolonged periods, a mobile midfield diamond can lock play near a touchline better than most other formations.

Weaknesses
Unless the full-backs push forward when the team is in possession, there will be an obvious and distinct lack of width in attack.

Out of possession, the wide areas can also give the opposition a target to counter-attack into. Quick, accurate switches of play over the central midfield unit can leave the full-backs underloaded. This means the nearest central midfielder has to get across quickly. They may have to make lateral runs constantly when out of possession, leaving them fatigued when play is turned over and they are needed in attack.

Strengths
The midfield unit of five in a 3-5-2 formation provides both width to build around the opposition and numbers in central midfield to play through them, without the need for much in the way of movement or rotations. The three central midfielders can draw opponents into the middle of the pitch, before play is then spread wide to the wing-backs. They can then provide width on both sides at the same time.

Two centre-forwards can constantly occupy both opposing centre-backs in a back four. High wing-backs and one or two attacking midfielders can mean extra numbers in the final third, and a strong attacking threat.

In defence, three centre-backs provide numerical overloads against two centre-forwards. The back line can also quickly change from three to a five when the wing-backs drop. In possession, the three-player defence gives a strong foundation to build from. It doesn’t require any adjustments to have an overload in the first line, whether up against one or two centre-forwards.

The midfield three and front two can cover the central spaces well when out of possession, with lots of depth to plug gaps.

Weaknesses
Once the defence converts into a line of five, the wide areas in midfield are inevitably conceded. This allows the opposition to progress further up the pitch on the flanks.

The wing-backs are required to be more versatile and well-rounded players than either full-back or wingers in back-four systems, as they are needed almost constantly at both ends of the pitch. They also need to be extremely fit to cover a vast amount of ground.

If the opposition builds through the inside channels, the wider centre-backs can be drawn out of position, leaving gaps for penetrative runs in behind.

With the wing-backs often on their own out wide, it is difficult to create wide overloads in possession. It is also easier for opponents to isolate them in the defensive phase. If another player gets across to help the wing-back, that creates a gap elsewhere in the structure.

Strengths
If the two wide players in the front three play as wide number 10s, they can drop into midfield to create a box or diamond structure that creates overloads in central midfield. The presence of two number 10s adds another threat between the lines, which can occupy both players in a double pivot or drag a centre-back out if up against a single pivot.

A wider front three can also pin a back four, which creates an overload elsewhere on the pitch. A wider front line can also create overloads along with an advancing wing-back.

Out of possession, the back line can quickly change from a three to a five via the wing-backs withdrawing, adding extra presence in the back line. A narrow front three can block central access even more effectively than a pair of centre-forwards. They can also initiate a high press effectively.

Weaknesses
Once the defence converts into a line of five, the wide spaces in midfield are inevitably conceded. This allows the opposition to progress further up the pitch in wide areas.

The wing-backs are required to be more versatile and well-rounded players than either full-back or wingers in back-four systems, as they are needed almost constantly at both ends of the pitch. They also need to be extremely fit to cover a vast amount of ground.

If the opposition builds through the inside channels, the wider centre-backs can be drawn out of position, leaving gaps for penetrative runs in behind.

Once the wide forwards move forward, there is less presence in midfield. As a result, there are fewer players able to support the wing-backs if they are isolated.