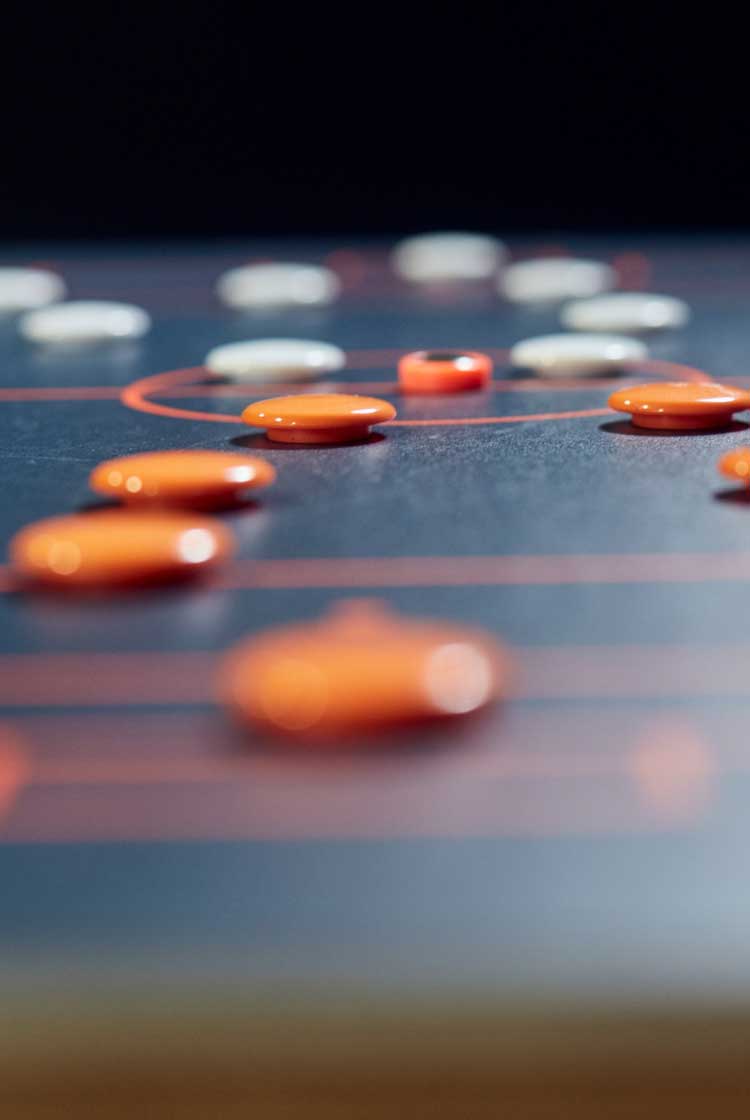 Practice
Also known as a drill, a practice is a game or function taken by a coach to work on a specific part of the game. Practices can be opposed or unopposed, depending on the coach’s objectives.

Session
A session is a collection of practices used together to train a specific element of the game.

Session planning
The theory work behind a session; the act of putting a session together before taking it.

Coaching badges
The qualifications required to be a professional coach.

Conditioning
Training to become better equipped to deal with the physical demands of football.

Tactics
A broad term that encompasses the formation, attacking and defensive strategies, and in-possession and out-of-possession approaches that any team might use.

Transition
The time immediately after possession is turned over.

Attacking transition
The time immediately after a team wins the ball and shifts from their defensive to their attacking strategy.

Defensive transition
The time immediately after a team loses the ball and shifts from their attacking to their defensive shape.

In possession
When a team has the ball; the time during which a team will use their in-possession shape and tactics.

Out of possession
When a team does not have the ball; the time during which a team will use their out-of-possession shape and tactics.

Counter-press
Attempts by a team to regain possession immediately after losing it. This usually takes place in the attacking third/half of the pitch. Counter-pressing is also known as gegenpressing, with its origins in Germany.

Counter-attack
An attack launched immediately by a team after winning the ball from the opposition.

Width
The distance between the right and left side of a team’s shape. The widest players, most commonly the full-backs or wingers, are said to provide the team’s width.

Depth
Vertical distance on a pitch. If a team is said to be defending ‘deep’, they are near to their own goal. Depth can also be used to describe the distance between a team’s attacking and defensive players; a team playing with lots of depth has a large distance between these units.

Mid-block
A team defending in a mid-block will sit back inside their own half and engage with the opposition when they progress with the ball to near or just past the halfway line. The defensive line will usually be positioned around 20 yards away from the team’s penalty area.

High press
A high press is an approach that involves attempting to win the ball back high up the pitch through co-ordinated movements between the players furthest forwards to force mistakes from the opposition. The aim is to win the ball close to the opposition’s goal in the hope of then launching an attack.

Overlap
Usually performed by a full-back, this is a forward run made out wide, on the outside of a teammate (often one who is in possession).

Underlap
A forward run made out wide, but on the inside of a teammate.

Third-man run
A forward run made by a player looking to receive the ball following a combination of passes between two other players.

Channel
The space in between and behind a full-back and their nearest centre-back. There are two channels at each end of the pitch (right and left), which a pass or run may be made into.

Half-space
The space between the opposition’s defensive and midfield lines wide of the centre of the pitch. There is a left half-space and a right half-space at both ends of the pitch. Getting on the ball in the half-spaces is crucial to lots of coaches' philosophies.

Half-turn
A player receiving the ball on the half-turn does so side-on and ready to turn and progress play in the opposite direction to that which they received it from.

Combinations
A succession of passes made between several players. Combinations usually refer to passes made in crowded areas to move the ball away from opponents and into space.

Switch of play
Moving the ball quickly from one side of the pitch to the other. A switch of play can either be a combination of passes or one direct ball across the pitch.

Goalkeeper
The player who protects the goal and can use any part of their body to do so when inside the penalty area. As the modern game has developed, the goalkeeper has become more important when teams are in possession.

Full-back
The right or left-sided defender who plays to the side of the centre-backs in a back four. Classed as a defender, but the modern full-back often provides the team’s attacking width and gets into the final third regularly.

Centre-back
The central defenders who play either as a pair in a back four – flanked by full-backs – or in a back three with wing-backs on the outside.

Wing-back
The wide players in a formation that uses three at the back. Wing-backs are hybrids of defenders and midfielders; they will drop back into defence to form a back five, while providing width and height in attack.

Central midfielder
The central players in midfield, who have a variety of jobs both in and out of possession. Their primary job, however, is to link defence with attack by receiving from a defender and playing the ball forwards.

Wide midfielder
The outside players in midfield in a 4-4-2, wide midfielders or wingers will help provide width in attack, but will also break forward to support the forwards.

False nine
A striker who starts as the central forward, but drops away from the opposition’s defensive line to try and drag the centre-backs out of position, while also adding another player in midfield.

Inside forward
A wide attacker who makes runs off the flank to provide a direct threat on goal. Usually plays on the opposite flank to their stronger foot so they can cut in and shoot.

Striker
Usually plays on their own or with a strike partner, but can – rarely – play in a three. The striker or strikers are tasked with leading the line, holding the ball up, providing a threat in behind the opposition’s defence and offering a goal threat.

Diamond midfield
A midfield four with one defensive midfielder, two central midfielders to either side and one attacking midfielder. The shape they form looks like a diamond from above.

Single pivot
A sole player at the base of midfield in front of the defence, usually accompanied by two more attack-minded midfielders to make a three and commonly seen in a 4-3-3 formation.

Double pivot
Two players at the base of midfield in front of the defence, most often seen in the 4-2-3-1 or 3-4-3 formations.