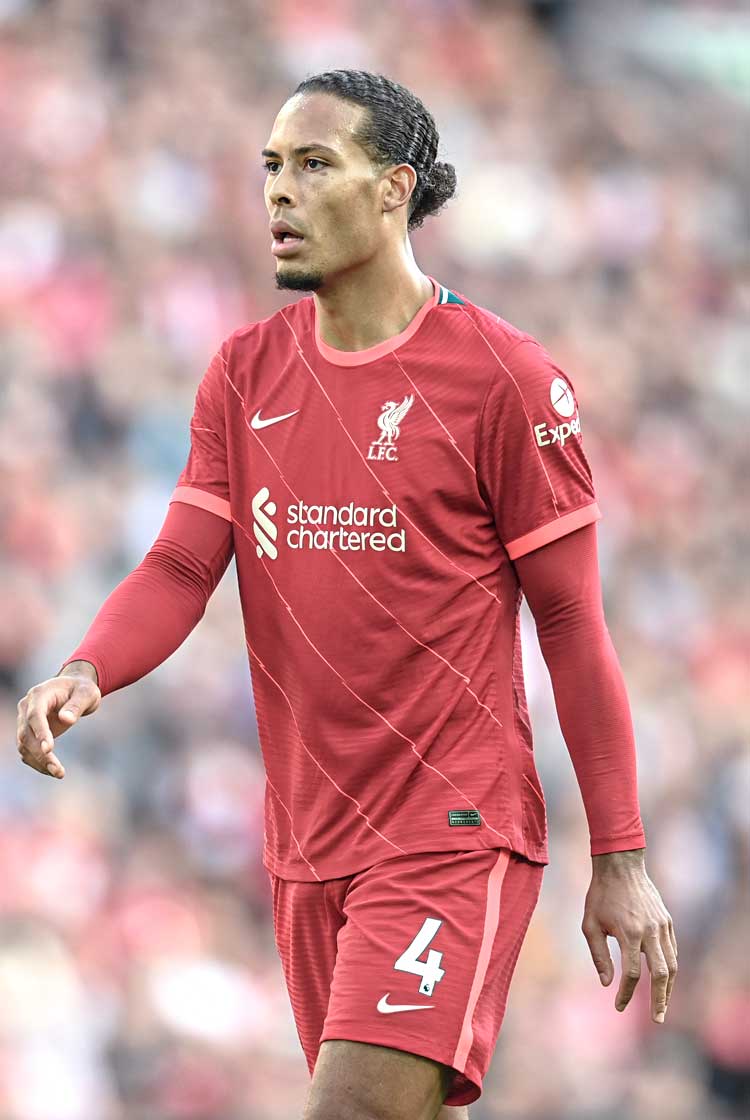 What is a modern centre-back?
A modern centre-back is a central defender with the same responsibilities as a traditional centre-back, but with more importance placed on their in-possession actions. As with any centre-back, they mostly deal with opposing centre-forwards or wide attackers moving inside. However, modern centre-backs will also look to start attacks by building play and breaking through, around or over an opposing block or press with penetrative passes or dribbles.

How has the role of the centre-back evolved over time?
The term centre-back – or centre-half – originates from the development of a back four as the most common defensive shape in football. What had been a line of three full-backs in the widely used W-M structure was converted into a back line of four by a half-back dropping into the defence. The idea is thought to have originated in Brazil, in response to their 1950 World Cup final defeat to Uruguay. The aim, understandably, was to make their defence more secure.

As the role developed over time, the modern centre-back has come to be far more than just a defender, though. They still provide defensive protection and cover in central areas, but centre-backs are now much more involved when their team is in possession.

Modern centre-backs are therefore also responsible for breaking lines with passes. These are often seen during deeper build-up play, but can also come further forwards if they have dribbled into midfield. Disguised passes that are reversed back inside or out wide can also help progress through or around an opposing block.

Switches of play or longer passes are also an important part of the modern centre-back’s game. Diagonal passes towards the far-side winger (above) or straighter passes aiming for a run in behind are of huge value.

Modern centre-backs also need to provide frequent movements underneath the ball, providing support to midfield teammates when an attacking move needs to be reset through the defence.

As an individual, they will defend the central areas in front of goal. Key responsibilities include blocking shots, making tackles, interceptions and clearances, and competing for the ball aerially and on the ground.

However, as the game has developed to encourage full-backs to attack as often as possible, modern centre-backs need to be agile enough to provide cover in wide areas. They also need to be able to delay opposition counter-attacks while teammates recover into position, and bold enough to push up and support a high press. Doing so makes the pitch smaller for the opposition to play out.

Who are the best modern centre backs?

Virgil van Dijk, Liverpool
Van Dijk is a commanding centre-back. He is strong in the air, composed and controlled when defending one-on-one, and physically imposing regardless of the opponent. He is a leader on the pitch, regularly communicating with and organising his teammates. On the ball, he breaks lines with his passing, and he is particularly skilled at switching the play. His passes from left centre-back to find Mo Salah on the right wing are extremely effective.

Rúben Dias, Manchester City
Dias reads the game very well and makes frequent interceptions thanks to his exceptional anticipation. He is calm when engaging an opponent in an individual duel. He often approaches his opponent from the side, aiming to prod the ball away without conceding a foul. When City are in possession, one of Pep Guardiola’s full-backs often moves into central midfield. Here, Dias shifts across from his centre-back position to help form a back three. From his position as the central or left-sided of this back three, he can easily step into midfield when he has the opportunity (above). From there, he plays short passes into central midfield – where City usually have an overload after the aforementioned full-back has moved into that zone – or hits longer passes towards the right flank.

Sergio Ramos, Real Madrid and PSG
Ramos has always shown impressive ability in one-on-one duels, as well as the aggression and desire to jump out of the back line to intercept. He presses in central areas of the pitch when he feels it would be a good idea to step out, but can also act as the covering defender whenever his central-defensive partner is in a better position to engage the ball-carrier. On the ball, he is a bold passer with the ability to go short or long when starting attacks. He also dribbles forwards effectively, and will often follow a successful tackle by stepping up to instigate a counter-attack (below).

Leonardo Bonucci, Juventus
Playing mostly as the middle centre-back in a back three, Bonucci is almost the definitive modern centre-back. He can press opponents aggressively and compete in individual duels with centre-forwards or with midfielders who run beyond their attackers. He can delay and jockey opponents, aggressively press and try to win the ball, and he is also strong in the air (below). In possession, he often plays quarterback-like passes from a deep, central position. He can spread the ball out to either wing or look to find a run in behind the opposition with a direct pass. He will also drive into midfield when he has the space, before looking to find attacking midfielders quickly.

What are the benefits of playing with a modern centre-back?
A modern centre-back offers control and passing options in build-up, which helps a team dominate possession and create more chances. With the change to the goal-kick rule ahead of the 2019/20 season, centre-backs who are good on the ball can also now receive a pass from their goalkeeper inside their own penalty area.

A centre-back with a good passing range can help link into the attacking players quickly and in different ways. The best centre-backs can adapt their passing depending on the opposition’s defensive strategy, whether they press or sit back in a block. A centre-back who steps forward with the ball can also create numerical overloads in midfield. This can, in turn, help free up teammates further forwards.

What are the disadvantages to playing with a modern centre-back?
Mistakes or individual errors when playing out from the back can lead to big chances for the opposition. The closer to goal the opposition wins the ball, the better the opportunities they can create.

The modern centre-back role requires versatile players who can affect the game in several ways. If they are not able to perform all aspects of their required role to a high standard – both in and out of possession – the team’s approach can suffer.