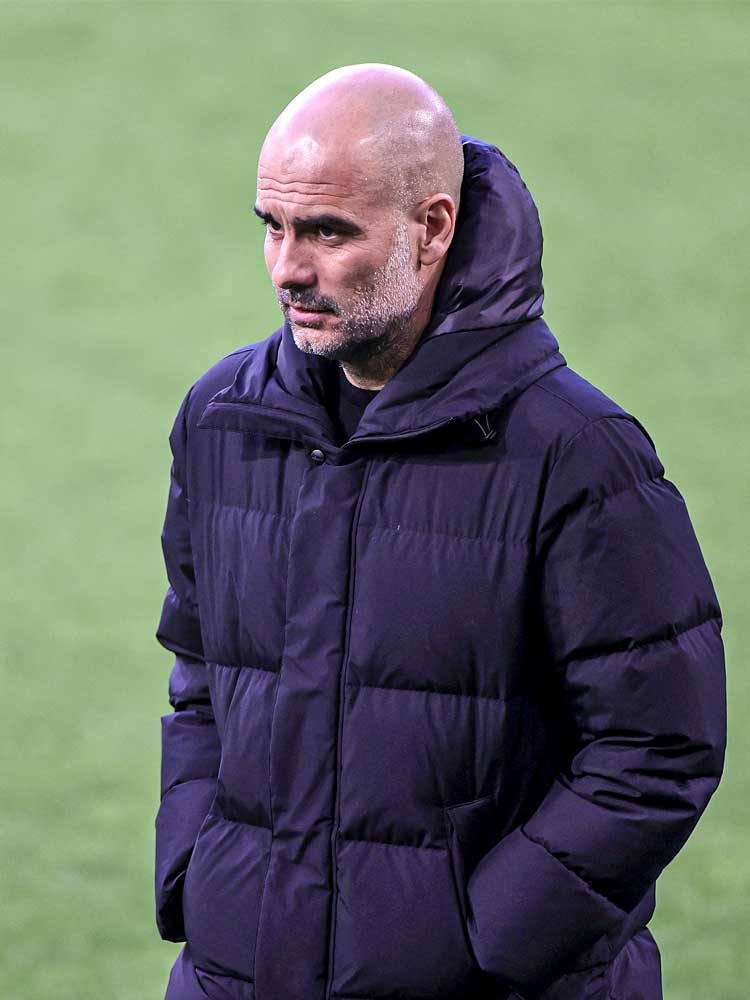 Profile
Manchester City were widely considered to have recruited the most sought-after manager in the world when they persuaded Pep Guardiola to leave Bayern Munich for the Premier League in 2016. An admirer of, among others, Marcelo Bielsa, and a disciple of the late, great, Johan Cruyff, Guardiola is credited with, at Barcelona from 2008 to 2012, developing perhaps the finest club team of all time.

During his time at City he has overseen not only three Premier League titles, one FA Cup and four League Cups, but also a new Premier League points record, and records for the most goals scored and the most league wins during the course of a season. If suggestions that City's 2017/18 title winners represented the best team in Premier League history continue to divide observers, there will be none who disagree that his teams play only the most stylish and attacking brands of football.

Playing style
While he is a manager who regularly changes his team’s structure, Guardiola remains fiercely committed to several core principles. His teams consistently play short from their goalkeeper – from both goal-kicks and open play – and largely because of his desire to create a numerical overload by having one more passing option than the total number of players applying the opposing team’s press.

By creating an overload in the first line of an attempted build-up, a team should be capable of overcoming most pressing strategies; Guardiola buys goalkeepers capable of hitting long, accurate passes because of the options such a player gives his teams. Through posing a threat in behind they can threaten with the double jeopardy rule – opponents either apply an advanced press and risk leaving spaces behind them, or sit off, and invite City to build short.

If opponents apply an advanced press with two forwards, Guardiola’s team rearrange to adopt a back three – one most commonly built on two central defenders and a midfielder dropping in alongside them, or via one full-back advancing and the other adopting a more central position. If opponents press with a front three, a back four is preserved and an advanced midfielder or infield-moving wide forward withdraws to a position alongside the deepest-lying midfielder to target the spaces between that front three. Like building from their goalkeeper, those ongoing attempts to create a free player in the first phase of possession are also central to Guardiola’s desired positional play.

It is their attempts to make penetrative passes towards forward-facing players that lead to their use of a third man; opponents adopting reserved defensive blocks make it difficult to receive the ball while facing forwards. Progressing possession via a third player (above) is a suitable alternative when the direct route between two players is blocked. One regular pattern involves a defender playing to a wide forward or central attacker who has withdrawn into midfield and that third player, in turn, sending possession on to a further midfielder. The determination to dominate those central areas of the pitch contributes to that; numerous high-quality players in that territory increases their grasp of possession there, and encourages their most effective players to remain in the areas of the pitch they thrive most in.

It is his vision, and his ability to design particularly complex strategies built on his players’ qualities, that is perhaps Guardiola’s greatest strength. His approach at Barça used the passing ability of Xavi Hernández, Andrés Iniesta and Sergio Busquets, and the movement and positioning of Lionel Messi. At Bayern he introduced the false full-back to encourage overloads in central positions, and a system that led to their wide forwards Franck Ribéry and Arjen Robben attacking defenders one-on-one, Philip Lahm contributing to their dominance of possession in central midfield, and Robert Lewandowski both offering a focal point and leading their counter-press.

The use of false full-backs has continued at City. Fabian Delph and later Oleksandr Zinchenko have proved capable of drifting from left-back to create a double pivot in front of the back three they had left. What often becomes a 3-2-2-3, or W-M, formation involves their central midfield box outnumbering the midfield threes they most regularly encounter. When he has opted against using a 4-3-3, an alternative back three has been favoured in which Kyle Walker has featured (above, when an overload has been created towards the left), Rodri has operated as their sole defensive midfielder, and their lone striker Sergio Agüero or Gabriel Jesus move towards the left to target Kevin De Bruyne’s crosses and also to create space on the right.

City are increasingly convincing in the absence of an orthodox striker, when De Bruyne, Riyad Mahrez or Bernardo Silva instead feature as their most advanced attacker. Similarly to when their first two titles under Guardiola were won they play with increased width, and therefore their attacking midfielders rotate with their leading attacker and make penetrative runs into the inside channels. That attacker drawing defenders out of position and rotating to receive away from pressure, complemented with the versatility City consistently offer in both the midfield and attacking thirds, creates numerous forward passing lanes, an increased dominance of possession, and the potential to progress the ball upfield.

They regardless retain the flexibility to regularly adapt their structure. Guardiola's desire to continue to establish overloads in central midfield means that a midfield box is so often formed via the use of a double pivot behind two attacking midfielders, and that a false nine occasionally contributes to give them a fifth point to that shape. City are also comfortable building with both a back three or four, and via their central midfielders making delayed forward runs to contribute in the final third. João Cancelo's evolution as a false full-back enhances that flexibility, via his ability to become a second defensive midfielder in front of a back three (above), and to encourage those already in midfield to advance.

Defending and pressing
Another consistent feature of Guardiola’s teams has been the immediate, aggressive counter-press they apply when possession is lost. Given he demands his players build possession close together and in numbers, any opponent winning the ball will quickly be surrounded (above).

His team at Barça counter-pressed with the intention of intercepting passes, because so many of his players were so strong at reacting to those passes and cutting them out; at Bayern, a more assertive counter-press encouraged those stronger at duelling for possession via direct challenges. City essentially offer a blend of the two, owing to the regularity of second balls in the energetic, combative Premier League that demands they have strong individuals, and the intensity to press and intercept.

Guardiola prefers his team to defend with a 4-1-4-1 defensive block that becomes a 4-4-2 (above) when they are defending for lengthy periods. That 4-4-2 can evolve into a 4-2-4 when Raheem Sterling and Mahrez or Silva break forwards at attacking transitions. Their previous use of Fernandinho as a central defender, and his willingness to move forward and intercept passes (below), had become crucial to those shapes following their midfield five becoming a four; it was when the Brazilian didn’t succeed against his direct opponent that they appeared more vulnerable. The considerable defensive strength provided by John Stones, Rúben Dias and Aymeric Laporte since Dias’ arrival at the start of 2020/21 has since largely negated that, and has also ensured that Fernandinho is no longer required in central defence.

Their impressive ability to counter-press has been maintained, but their higher press has been adapted via both wide forwards advancing as City's most advanced pressers, from where they aggressively move infield to their opposing central defender, and their leading attacker screening the defensive midfielder, discouraging attempts to build in the centre of the pitch. If an overload is instead sought in the defensive third when direct passes beat City's front three, those in central midfield cover the wide areas of the pitch; if defending with a man-oriented approach, one of City's full-backs instead advances to press along the relevant touchline.

A further alternative involves their most advanced attacker providing the focal point of their press by taking a central defender and forcing play in one direction, where a wide forward provides support, and City's central midfielders cover towards the ball in the knowledge that the other wide forward will tuck in. With their back four preserved, City's attacking midfielders both screen the central areas of the pitch and support any press being applied outside of them. There have even been occasions when a central midfielder has advanced to alongside the leading attacker to ensure both central defenders are taken and to encourage longer balls instead of regains in the attacking half.

For all of their increased numbers in the final third, City had previously risked becoming easier to score against because, in the absence of the double pivot created by a false full-back, they had conceded higher-quality goalscoring chances. Where there previously existed two players protecting those remaining in defence, there was more often just one, but that, too, has also been addressed by the Spaniard and his influential assistant, Juanma Lillo, particularly given Guardiola's increased willingness to use a 4-2-3-1 and therefore to defend with a 4-4-2 and with a mid or lower block. Cancelo's flexibility to move to feature alongside Rodri at the base of midfield has recovered their sense of balance, contributing to their overall rejuvenation.