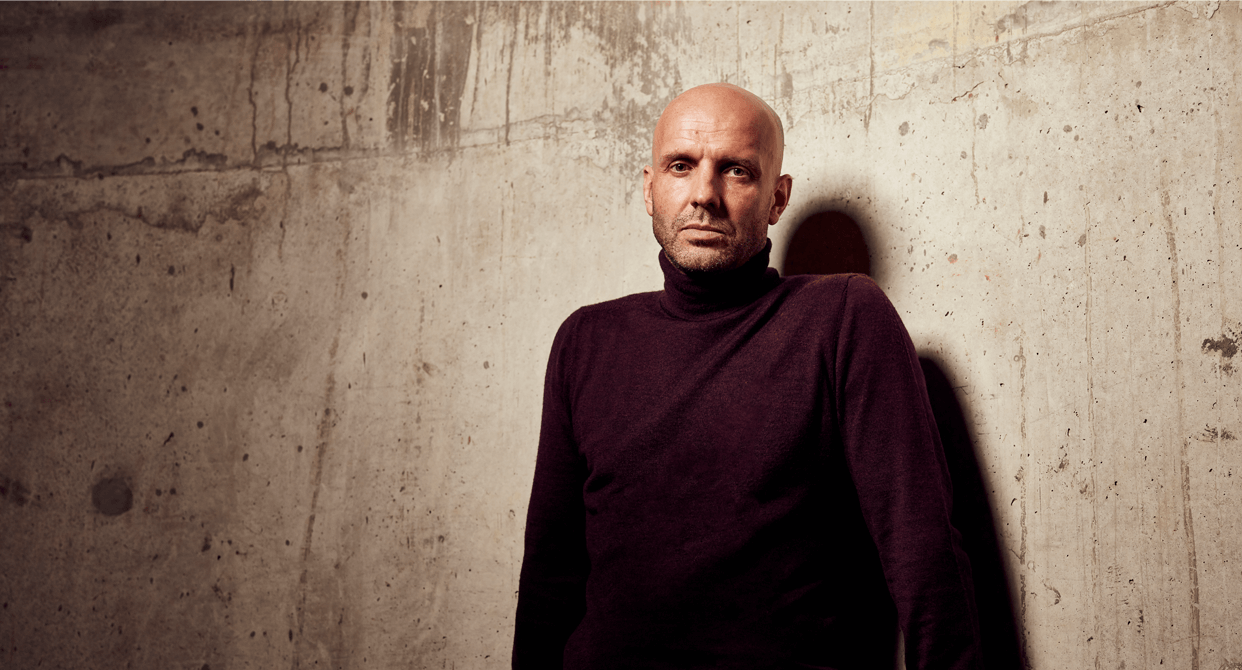 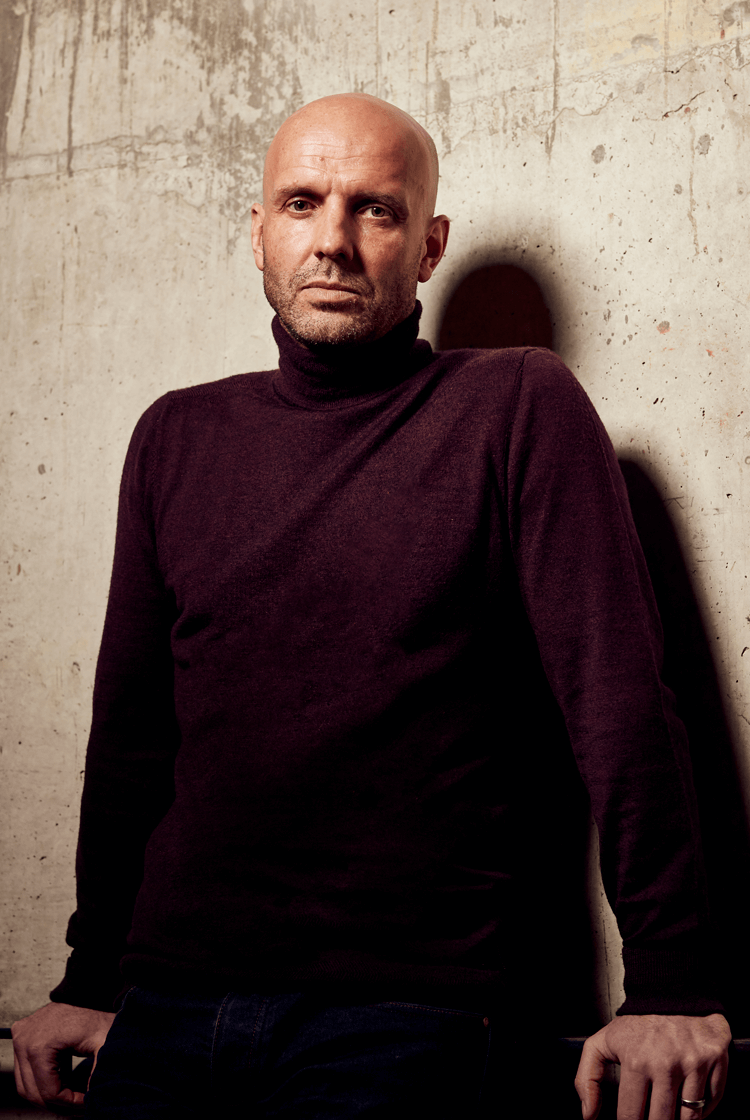 More than a cup run

We realised very early on we had a chance to do something special – and the rewards were intangible.

There was a legacy to be made. Our profile could be changed forever.

So that was it. The University of Bath entered the FA Cup.

The idea at the start had been to try and build an American collegiate-style system to give players who hadn’t quite made it as a footballer a back-up plan for later in life through education. At the same time, we could create a really strong, competitive football team that might provide a platform for them to get back into the professional game.

We had a wonderful team in 2002. Among the players we recruited from professional clubs, we had two young wingers who had been let go by Aston Villa and Coventry and a great centre-forward who had been at Woking, though we also had undergraduates to choose from.

Our left-back was an architectural engineering student called Mike Wisson, who wore glasses and spent 40 hours a week studying – a fabulous footballer who worked so hard on and off the pitch. Then we had a Frenchman called Bertie Cozic who was over in England on a university exchange programme, and he ended up playing professionally afterwards. We had a lovely mix of intelligent, focused, motivated people, and some very, very good footballers.

I’d spent my entire 10 years as a player worrying about what I did when I got the ball, but by the time I took Bath into the FA Cup in 2002 – where we played Mansfield (above) – I’d realised that what the players did when they were out of possession was so much more important.

There’s a cycle of play: you have the ball, you don’t have it, you win it back. Only thinking about what you do when you have the ball is a real weakness. I decided my Bath team wouldn’t focus only on having possession, but would enjoy not having the ball, too. The irony is that that team was the most attacking team I have ever had – we scored loads of goals.

Our FA Cup run started on a hard, bumpy pitch in August. We scored four in our first game, three in the next round, six in the next match and three in the one after that, before we got through the fourth qualifying round on penalties after a replay.

We – a university team – made it into the first round of the FA Cup. We played live on television, and even though we lost to Mansfield, there was more to it than just winning that game. There was a PR element to that run. It’s an incredible story. We won nearly as many FA Cup games that season as Arsenal – who won the cup – and our run ended in November! We were on TV, and we’d made everyone take notice of us.

I was coaching a relatively successful team but I was still very much learning. I hadn’t planned my route into coaching.

When I was growing up I played football and cricket, both to a very high standard. It was football all day, every day until the summer, and then it was cricket. I went off to boarding school on a sports scholarship before joining Southampton’s academy at 13. But my sporting hero growing up was Ian Botham and I loved playing cricket.

Rather than take an apprenticeship at Southampton, I stayed in school to do my A levels and complete my education, but also because I wanted to keep playing serious cricket.

"We went on this terrific run to the Cup Winners’ Cup quarter final, where we lost to Sven-Göran Eriksson’s Lazio"

I look back on my seven seasons at Southampton (above) and I’m well aware I didn’t fulfil my potential as a player despite having 100 per cent focus and determination. I learned that it’s not so much about your footballing ability and application, but how you fit into that environment.

Of my four or five managers there, the only one I really had a connection with was Alan Ball (above). It wasn’t necessarily anything to do with tactics but the tone he set, the things he said, the words he used, and the confidence he gave to players by the things he said.

There were other coaches during my time there who wanted the same thing from me and I had a lot of respect for, but they didn’t set the same tone and their words didn’t resonate with me like Alan’s did. I had a connection with him, and he helped me realise that, for managers, it’s as much about how you say something as the detail behind the words. Unfortunately, I didn’t have as many connections as I needed to fulfil my potential.

I still enjoyed my playing career, even if it was a little unusual. I moved to Athens in 1998, to join Panionios and experience something I couldn’t get in England. Ronnie Whelan was the manager, and I liked both him and his coaching. We went on this terrific run to the quarter finals of the Cup Winners’ Cup, where we lost to Sven-Göran Eriksson’s Lazio (below). They went on to win that competition and then won Serie A a year later – they were one of the best teams in Europe at the time.

It was total chaos in Greece – there were player strikes and all sorts – but it was the highlight of my short career. I found myself suited to the team and the more technical style of football in Greece.

But, at 26, I was already really struggling with injuries. I had sciatica and couldn’t train properly. I briefly moved to another team in Belgium, but I think I knew that was the end. Then I had a choice to make.

Not one day when I played football did I ever want to be a coach or manager. I had no interest in the culture, the process, the thinking. I just thought in a different way.

When managers tried to explain what they wanted from me, I wanted it all quantified, formulaic and objective, but football isn’t like that. It’s fluid. It’s a highly subjective sport, but there should always be a tangible route to a successful performance. I was being told to put more effort in and be more aggressive, but I wanted more from my coaches than “try harder”.

I understood cricket in a different way. I could quantify what it took to improve your batting, but football felt like a different language to me. No coach could articulate what I needed to know. There was a real conflict there for me.

"I created a football club from nothing. It might still be my greatest achievement to date"

So I left football behind and moved back to Bath, stayed at my parents and contacted the university to see if I could use their facilities while I decided what next to do with my life. That’s where I happened to meet Ged Roddy, who was director of sport at the university and has since gone on to work for the Premier League. We got talking.

“We’re starting a football programme,” Ged said to me. “We’ve got no players, no name, no balls, no kit – do you fancy being coach?”

This was September 1999 and I had no coaching experience or qualifications at all, but the idea of going into a university appealed to me. Most of all, though, the chance to try and build something from nothing drew me in. I accepted the job.

My friends and family felt I was giving up on football too soon, but I knew I wasn’t myself in a football dressing room. I was quieter than normal. I never felt I could say anything.

Contrast that to a cricket dressing room, where I was captain and a leader of every team I played for. I was the most energetic, optimistic person of any cricket team I played in. In one dressing room, I’m a mute; in the other, I’m the captain. I knew it was time for me to end my playing career.

So I joined Bath Uni. I was given an office and the oldest computer in the university – even though I had no idea how to use a computer back then – and, along with Ged, I created a football club from nothing. It might still be my greatest achievement to date.

We won two leagues and got four promotions in my seven years there. We also brought in a lot of players who hadn’t made it as a pro but, through Team Bath, went on to do really well academically when otherwise they wouldn’t have had many options after football. Some even bounced back into professional football.

And, for me, it was the perfect coaching apprenticeship. It was a melting pot of world-class talent and ideas. I shared offices with many elite coaches from a variety of sports – including Brian Ashton, who went on to coach the England rugby team. We’d have lunch every day and debate things. He didn’t have football answers, but he was very philosophical and that taught me a great deal.

It wasn’t the most typical of paths into coaching, but I was blessed to have it.