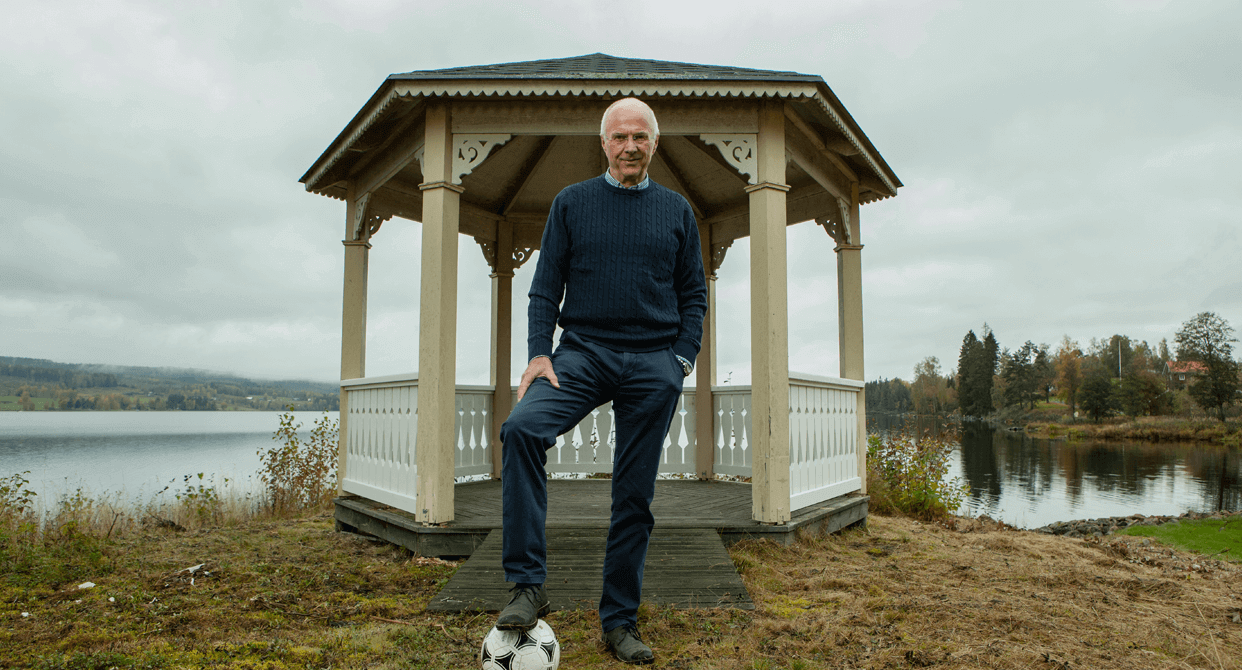 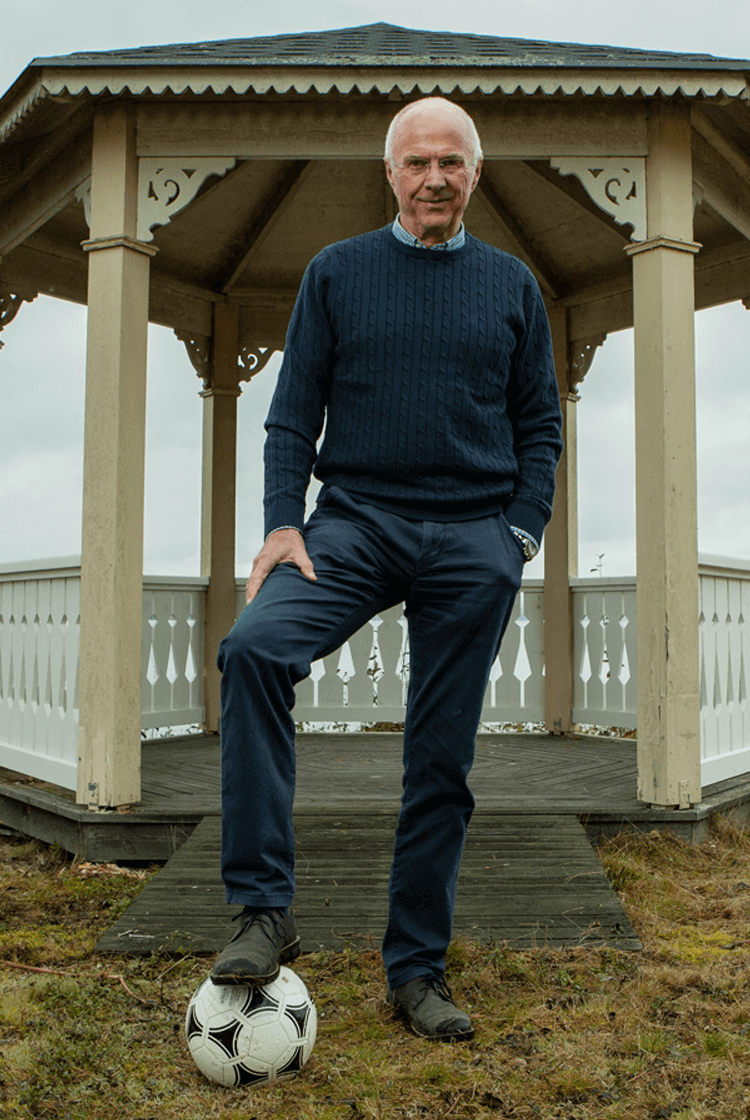 The kings of Rome

Serie A was the best league in the world when Roma offered me the job of manager.

All of the best players went there. I was managing Benfica when they knocked out Roma in the UEFA Cup quarter finals the year before, which is the reason that that offer was made. When it came, in 1984, I took it – it was time to move.

I joined a good team, but an old team. They had had success with Nils Liedholm, another Swedish coach. A year before I arrived they had won the Italian league; the following season they played in the final of the European Cup, where they lost on penalties to Liverpool.

It was a team full of success, full of great players, and names. They felt like they were the kings of Rome, and I came there with other ideas.

I wanted them to run more, and be different. I struggled a lot for the whole first year – sometimes I questioned if going to Italy was the right move.

Before I accepted Roma’s offer, Barcelona phoned me and said: “Don’t go to Rome. Come to us, because in Italy you cannot sit on the bench.”

In Serie A, at that time, it was forbidden for foreign coaches to sit on the bench. Sitting in the stand for one year was difficult, and the team played badly. I couldn’t do anything from the stands, and I was not allowed into the dressing room at half-time. Then, the day after, you got all of the shit from the press when you lost.

But after a year, it became better. We got some new, fresh players, who were young. My second year in Rome was very good, and it changed.

Back then, a striker was a striker. Strikers scored goals; they didn’t defend. Today this is normal, but it wasn’t at that time.

If you wanted to play my style of football you couldn’t have old players, or famous players who were unwilling to do the job both ways. Attacking, and also defending.

I said to myself: “Sven, if you want to play that way in the future, get the right players. Any other way is a waste of time.”

Of my first five years in Italy, the last two were with Fiorentina. I could have stayed there for longer, but in that time they were a team that had ambitions to be in the middle of the table, not to win anything. Their ambition was to not go down.

After three years back in Portugal, again with Benfica, I received an offer in 1992, from Sampdoria. Genoa. Italy again.

This time, Roberto Mancini (below, left) and Gianluca Vialli had got it in their heads that they wanted me as coach. I don’t think it was the chairman, the owner, who wanted me – it was these two players.

Italian football was still the best in the world, so I signed ahead of starting the job some months later. Before I did, the chairman phoned me.

“I cannot compete any longer with Milan, Juventus and Inter. I have to start to sell players. So, unfortunately, I’m going to sell Vialli (below) to Juventus.

"I asked Blackburn Rovers: 'Please, let me go to Lazio’"

That was what he did. But I went there, and they were five very lucky years.

Sampdoria was like a family club. Owned and run by the Mantovanni family; their father, sons, daughter. It was a very nice atmosphere, and familiar. We won only one title – the Italian Cup – in five years, but we did well in the league and had some really good players. I liked that time.

After those five years, both the club and I thought it was time to move on – so I signed for Blackburn Rovers. Some days after I’d signed that contract, Lazio approached me.

They had a great team, but they hadn’t won any titles for more than 20 years – although I knew that in Sergio Cragnotti they had a good chairman. I knew their ambitions, so I asked Blackburn: “Please, let me go to Lazio.”

After many meetings, they said: “Okay. We understand.”

I thank Blackburn for that every day. From 1997 I was at Lazio for three and a half years, and they were lucky times – a beautiful time.

The chairman did almost everything I asked. We won seven trophies and were excellent.

"I said to the chairman: 'We have to sell Giuseppe Signori’"

I changed some players who had been there for a long time, and who I thought didn’t have the right mentality. Guiseppe Signori (below) was one of them.

He was a fantastic player. Lazio’s captain, and best goalscorer, and he played for the Italy national team.

But he had been there for many years without success, and he was not positive. He didn’t think that we should or could win anything, so I wanted to change him.

I went to the chairman and said: “We have to sell Signori.” The way he reacted, I thought he was having a heart-attack.

"Fans climbed over the walls and invaded the training pitch"

“No, you’re joking, Sven. That’s not possible. He’s our captain and best player. He’s a king in this city.”

I said he wasn’t right for the team if we wanted to win trophies. For a couple of weeks, every day, I was on him: “Sell him. Sell him.”

Suddenly he did it, and the fans went absolutely crazy. They hated me; I think they wanted to kill me.

We sold him towards the end of a week in which we lost at home to Udinese on the Sunday. I couldn’t enter the training ground for the next training session because it was blocked by supporters.

The police were there, but they couldn’t handle the situation. Fans had climbed over the walls and invaded the training pitch, so there was no training. Those were hard times.

Some months later we won our first trophy – the Coppa Italia – and after that we won six more. No one said anything about Signori after that.

We took in some fantastic players – Juan Sebastian Verón (above), Sinisa Mihajlovic, Roberto Mancini. Great players. It became a winning team, as it should have been.

We started the 1999/2000 season steadily, but I always thought that we could win Lo Scudetto. We should have won it the year before, but we had failed just at the end.

"Everything was decided on the final day of the season – if Juventus didn't win, we would be Serie A champions"

We were a lot of points behind Juventus. But I still said to the players: “We can win this.”

I don’t know how many of them thought it was possible. The owner said: “Sven, it’s gone again.” I said: “No. We can still win it.”

From good football, we started to play brilliant football. We played a lot of games without losing; it just went one way – win, after win, after win – and Juventus started to struggle a little bit.

In the end, everything was decided on the final day of the season.

Our game, against Reggina, was finished – we had won 3-0, and would be champions if Juventus didn’t win in Perugia. It was half-time between Perugia and Juventus – it was raining so heavily that the game was delayed. Pierluigi Collina, the great referee, was in charge.

Juventus, because they were losing 1-0, said: “New game. Another day.” But Collina (below) was strong. I think any other referee would have said to Juventus: “Okay. Another day.” Collina said: “We wait.”

So they did, and we were listening on the radio from our dressing room. They couldn’t score, so we were the champions. It was a strange way to win, but a beautiful, beautiful day for every Lazio fan.

That team had so many players who could win a game by themselves. Mihajlovic, a central defender, was one of them. At the time he had the best left foot in the world – give him any free-kick or corner.

Then players like Pavel Nedved (below), Mancini, Verón, Marcelo Salas. Any of those could score, and they all did. That team also didn’t have just one leader; it had 11.

Verón, Matías Almeyda and Alessandro Nesta have all been coaches. You could see that in that team. They were all winners, and believed that we could win.

The best proof of how mentally strong they were came after we won the league, on the Sunday. The following Thursday was the second leg of the final of the Coppa Italia.

"What Lazio became during those years was beautiful"

We were playing Inter. We hadn’t trained on the Monday or Tuesday, because all of the players and the whole city were enjoying our victory. I remember speaking to Marcelo Lippi, Inter’s manager, and he said: “Now you’ve been winning everything, let us win.”

I said: “I’m sorry. You will win, because we haven’t really prepared, because everything is crazy.”

But, the day before in the dressing room, I’d said: “If you are professional, you go out, and you go out fighting.” They did, and we won.

That, really, was a winning mentality. They went out there, and they were going to have that trophy (above) as well.

I had taken over Lazio when the club didn’t have any winning mentality, and what it became in those years was beautiful. I even appreciated that win more than the league – not for what they did, but because of the way they did it.