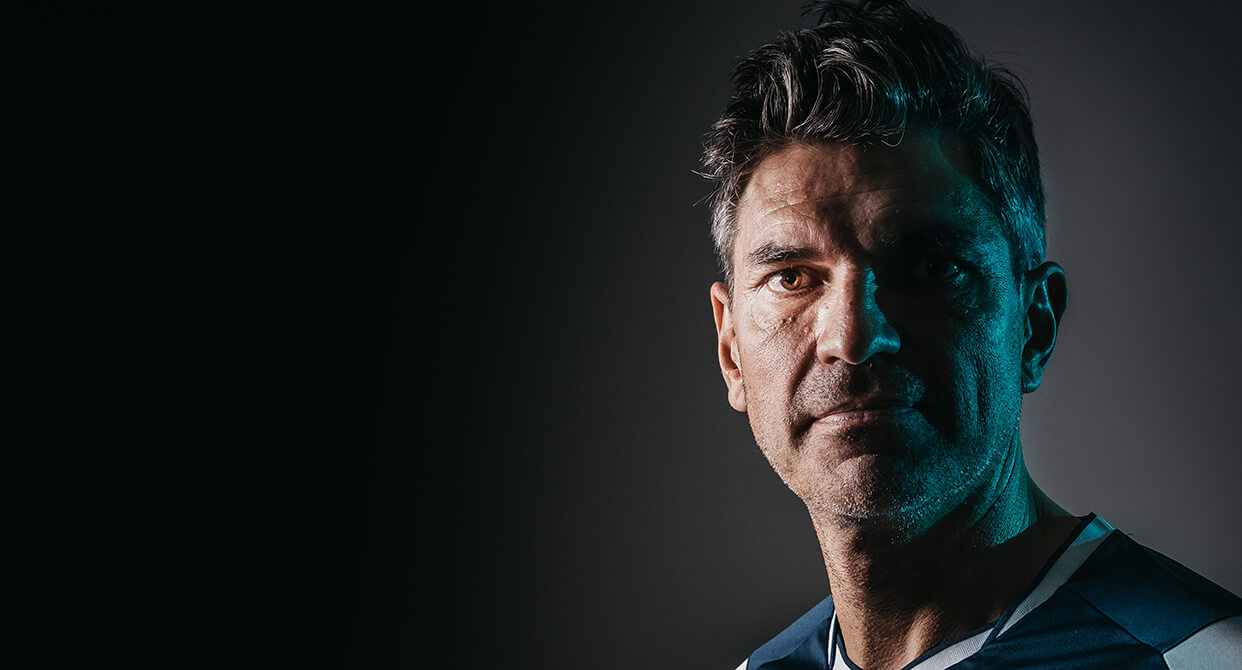 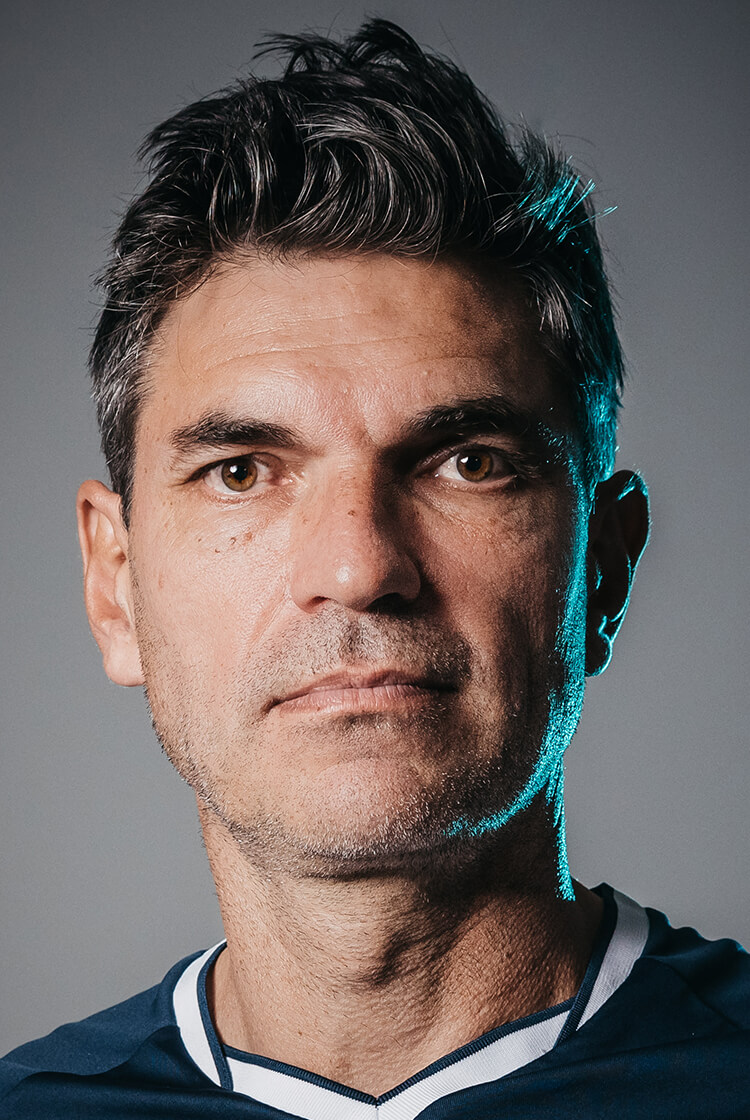 The suit that fits

One of my goals as a manager is to try to give my players the same kind of help I got from my coaches.

I’ve always tried to get the best out of the people I’ve had by my side. Not only in terms of their work on the pitch, but also their behaviour – little details, like how they managed different situations on a human level.

All of that helped me to gain experience. While I was a player, the managers who had the greatest influence on me were Louis van Gaal, at Barcelona, and Rafa Benítez, at Valencia and Liverpool.

I liked their work dynamic very much. To this day, theirs are the dynamics I use the most, in practical terms, with my players.

It was after my journey with Rafa (below), and working as his assistant at Liverpool and Inter Milan, that I wanted to try working on my own. So you could say that my vocation as a manager was born from a need.

It was Rafa who gave me the opportunity to work with professional players. To lead training sessions, to be with them day to day, and also to get to know his methodology from the inside.

That 'trial and error' gave me the confidence to strike out on my own. My first stop, in 2012, was Valencia – a club I had had ties with as a player for several years (below), and where I’d had some great times. That first opportunity offered me an insight into what coaching is all about.

When you see things from the outside, everything seems simpler. But when you have the weight of responsibility over those 25 heads, the mentality of the team – managing their attitudes or discipline – the responsibility is totally different.

"In most teams, there are more difficult times than good ones"

Unfortunately, it was only for a short time. But those six months in charge made me see this profession for how it really is.

Managers need results to live on. As much as you want to control all of those things – the discipline, the players you can sign, the tactics, the rules we live by, the methodology, the drills – in the end you cannot control the results.

That’s where, as a manager, you must have that capacity to just deal with the tough times. With most teams, there are more difficult times than there are good, or successful, ones.

It frustrates me not to have overseen the future development of a Valencia team that had already qualified for the next rounds of the Champions League and the Copa del Rey. We were mid-table, after a difficult start.

But we had had a couple of bad results, which triggered my departure. Over time, that became a script that also applied to the managers who followed me.

Sometimes you think it would have been better to start on a different path – with a team that maybe did not have the same high demands as Valencia. But one of the things I learned right at the beginning was not to make plans to start going from less to more.

In 98 per cent of cases, coaches go where we have the chance to go. That’s what happened with Argentina. It was simply not planned.

"To beat a team like Barcelona, you need to have a perfect day"

Estudiantes de la Plata called me, and I accepted their offer because they were the ones who gave me an opportunity. I could see so much scope in the team to get better. I was there for two fantastic years. The same applied with Independiente after them.

I love Argentinian football, because I think we have a lot of room for improvement. There’s also a great atmosphere in the way we really live our sport – and how players understand their profession, culturally.

That spell helped me to carry on growing and adapting to different situations – different ones to those you might have as a coach in Europe. Fewer means, different philosophies. Another kind of passion.

I returned to Spain after Argentina, and again to a club where I had been a player. This time Alavés, where I had finished my career as a footballer.

"I'll never forget arriving on the bus at Anfield, where everyone was waiting, and waving. It was an incredible moment"

I’ll always remember that city very fondly. The team had just reached La Liga, after being in the Second Division for several years. We were well placed in the table and got to the final of the 2017 Copa del Rey (above).

On the day, we didn’t beat Barcelona. To be able to do that against those types of teams, you need a perfect day. At 2-1 down we were competing right to the end; that is what we were able to take from that final. Although we lost, it was a magnificent year. As a coach, I enjoyed it very much.

I have always said that the best places to work are Spain and England. I had worked in Spain as both a player and as a manager – but now I felt like trying management in England, on a new stage.

I already knew what football was like there, from my time as a player at Liverpool (above). The respect for everything, towards all professionals.

I’ll never forget arriving at Anfield one day. We hadn’t won in five matches. For a club as big as Liverpool, that was significant – but when we got to the stadium in the bus, we saw that all the people were waiting for us, and all waving their flags.

It was an incredible moment that, for me, reflected the way football is in England.

So when the opportunity arose, I came together with Southampton (above) as their head coach. They showed me a very ambitious project for the club. A team with a great infrastructure, power and the capacity to sign players. It was a very good place to work as a manager, and to carry on my development.

That season went from a high to a low – my time there ended with eight Premier League fixtures remaining. Some aspects of our time there, we managed well; in others, we obviously made mistakes.

There is no winning formula in all of this that guarantees you success. If one had been found, managers would never lose.

But I do believe in a certain way of working. It’s about creating a habit of demand among the players.

It means making demands of ourselves as footballers. Often we are our own worst enemy – to try to be better, all the time,  we need to break down those barriers.

Beyond results, I always have a positive outlook on the game. I believe a lot in human improvement, within groups.

"You are often almost forced to have a defined style that is fed by the media, where the focus is usually on the big teams"

At an individual level you have a ceiling, but when connecting with other people – teammates, knowledge, feeling more comfortable with one another – your potential is limitless.

Once you’ve worked out your method of working, you have the other big question. “What do I want to reflect as a manager?”

I remember asking myself that question when I took my first steps into coaching. When I was coaching a team of 13 and 14-year-old kids at the Eliana school of football, in Valencia, not long after I ended my playing career.

You are often almost forced to have a defined style, but that comes from an idea fed by the media – where the focus is almost always centred on the big teams. It’s also almost always on dominating your opponent.

But what happens when the opponent is better than you at everything? What do you do then? That’s when I use a phrase that I once heard from a coach. I don’t remember who it was, but they said: “No coach can make a bespoke suit for a player.”

If you are better than your opponents, any suit will fit you. But if you are working with an inferior team, you don’t have any alternative beyond finding a middle ground between what you believe in and the nature of your players.

That is a bespoke suit. To adapt to the situations and footballers you have, but with the goal of helping them.

The same way my coaches made me feel when I was a player.