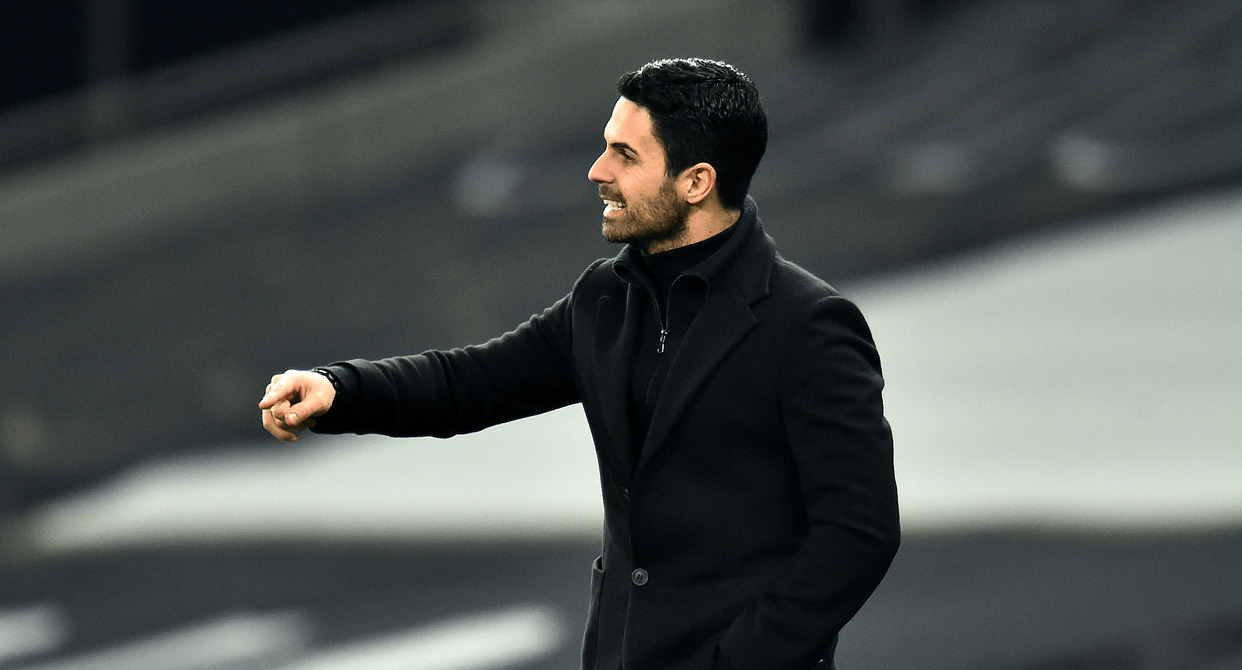 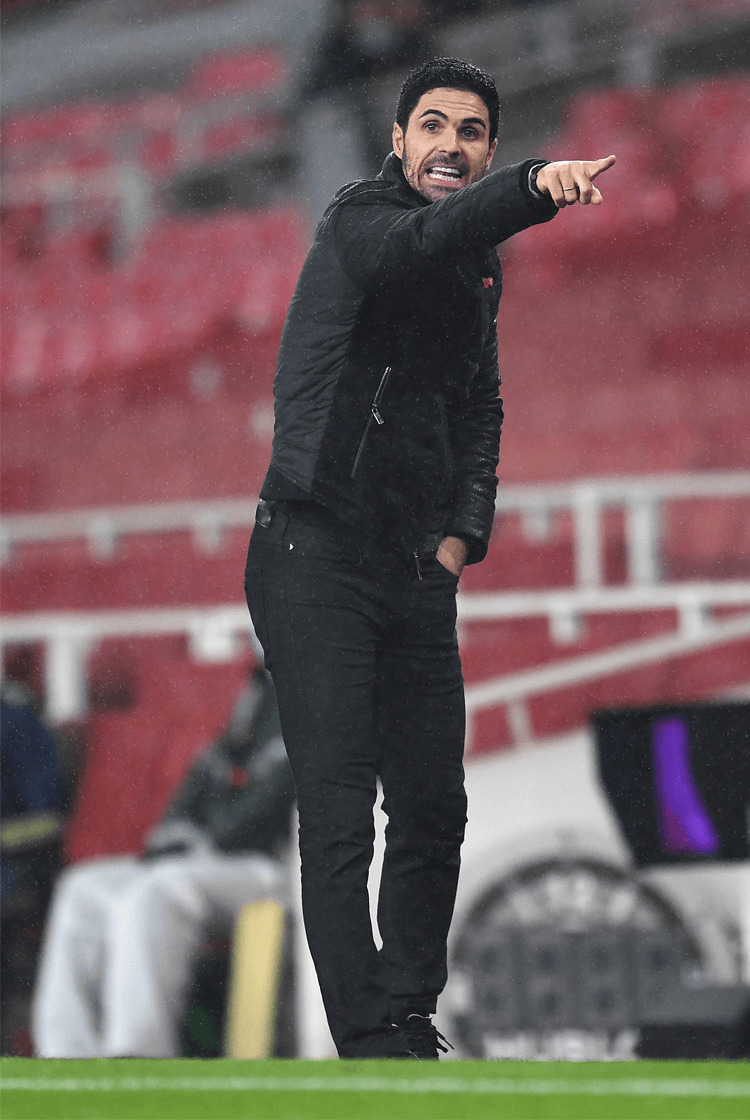 Profile
It was their former captain Mikel Arteta Arsenal turned to when they sought a new manager to revive their season in December 2019, following the departure of Unai Emery. The one-time midfielder was given the task of leading one of the world's leading clubs in his first managerial position, and in many ways was fortunate that he was not appointed when he was first considered in the summer of 2018, when Arsène Wenger, the most successful manager in Arsenal's fine history, had left after almost 22 years.

Although the Spaniard remains inexperienced and inherited an Arsenal squad that required rejuvenating, he spent five years working under one of the best managers of the modern era in Wenger, who succeeded in north London having been appointed in similar circumstances. He also spent more than three years as a coach under Pep Guardiola at Manchester City, whose first senior managerial position – at Barcelona – was a remarkable success.

Arteta is familiar with such unenviable circumstances. When, as a player, he arrived at Arsenal from Everton in 2011, he did so shortly before the summer transfer window closed and after the departures of Cesc Fabregas and Samir Nasri, but he swiftly settled and surpassed expectations. "There is a lot of work to be done but I am confident we'll do it," he said upon his appointment as manager. "I'm realistic enough to know it won't happen overnight, but the squad has plenty of talent and there is a great pipeline of young players coming through from the academy."

Playing style
Arteta has experimented with several different systems during his brief time in management. The first was a 4-2-3-1 that, through Granit Xhaka withdrawing into central defence and their full-backs advancing during the early stages of their attempts to build possession, often involved them forming a back three (below). In front of them, their left-sided wide forward Pierre-Emerick Aubameyang attacked infield and linked with Alexandre Lacazette, their central striker, and Mesut Özil, their number 10; towards the right Nicolas Pépé, similarly to Riyad Mahrez at City, stayed out wide and cut inside on to his left foot, ensuring an asymmetrical build. From that same shape there were also occasions when their wide forwards advanced with width and their striker moved to become a second number 10 in front of a single pivot and back three. They blended a direct approach with some lengthy spells of possession, and prioritised the spaces behind the opposing defence.

Next, a permanent back three, and attacking from a significantly deeper defensive block or from moments of higher pressing followed. Their left-sided wing-back, Kieran Tierney, Ainsley Maitland-Niles or Bukayo Saka, attacked, and on the right Héctor Bellerín remained withdrawn, ensuring that a back four could, if necessary, be adopted. On the left side, Aubameyang moved infield to try and work shooting opportunities with his right foot, while Pépé played with greater width on the right before driving infield to link with their starting striker or Aubameyang.

As with that 4-2-3-1, there were occasions when their 3-4-3 involved a flexibility that featured Aubameyang – particularly against those defending with a back three – attacking as a second striker and, if selected as their left-sided central defender, Tierney continuing to attack in the knowledge that Xhaka or Dani Ceballos would cover him. With Tierney instead attacking, the left-sided midfielder starting in front of him adopted the position vacated by Xhaka or Ceballos. These rotations meant Arteta's team became more effective at switching play with the left-sided midfielder creating space out wide, and also at drawing defenders away from Aubameyang.

On other occasions, their play featured fewer rotations; both wing-backs attacked at the same time, their wide forwards moved infield, and their double pivot was preserved. Without those rotations in midfield, however, and also without Özil, they struggled to create space and to release their attacking players in the final third. Possession may have been retained for lengthier periods, but their end product was lessened.

For all of the optimism that their 3-4-3 generated – not least the FA Cup win – Arteta has largely since favoured a 4-3-3 or 4-2-3-1, and demanded his team prioritise delivering crosses into the penalty area. A lack of creativity in central midfield has contributed to them playing possession wide, and relying on their full-backs and wide forwards to create, but beyond Tierney those crosses often lack quality, and they pose too inconsistent a threat in the air.

A further experiment from their 4-2-3-1 (below) has involved Lacazette featuring as a number 10, behind Aubameyang, but from there his ability to link play is compromised, and he has therefore become easier to defend against. Aubameyang is less capable of making his diagonal runs that are so effective. That they are also no longer defending from such deep territory means that there is less space behind opponents, and so goalscoring chances are becoming rarer.

Defending and pressing
When Arsenal defended with a back five, they were more resilient in an area they had long struggled to convince. They were also defending with increased aggression – something their greatest critics insist they had not done since the Invincibles team of 2003/04 started to break up – which, complemented with a lower block against opponents capable of dominating possession, contributed to the impressive victories with which they concluded 2019/20. That extra player in defence also meant them countering effectively from their defensive block, and increasing the intensity with which they pressed.

There is little question, however, that Arteta would prefer his team to dominate possession, which means them also pressing further forwards – as they sometimes have if defending with a back four. His front three has led that press, with his striker – supported by the central midfielders – prioritising the opposition defensive midfielder, and his wide forwards focusing on the central defenders and, if necessary, the goalkeeper. Pépé, Gabriel Martinelli and Aubameyang regularly had the potential to follow that press by threatening on goal with their stronger foot, owing to their manager's preference for inverted wide forwards.

A realisation that they were not yet ready to defend with a high defensive line meant that a lower block was also used, in the form of an out-of-possession 5-4-1, 5-3-2 or 5-2-3 – one determined by their opponents' characteristics. On the occasions when protecting their defensive third was their priority, their 5-4-1 (above) allowed opponents to build with reduced pressure until advancing further forwards, where they encountered Arsenal's wide forwards withdrawn, even at the expense of attacking potential during moments of transition. When defending with a 5-2-3 or 5-3-2, Pépé, Willian, Martinelli and Aubameyang recovered that attacking potential and proved capable of discouraging opposing full-backs from advancing, but both systems also increased the demands on those in central midfield, contributing to the signing of Thomas Partey.

It was attempts, thereafter, to use a mid-block and a four-man defence that meant that unwanted spaces began to appear between the lines and their defence was too often exposed. The back four put extra demands on their full-backs and wide forwards to advance, meaning their central defenders having reduced protection, and behind an attack that too often struggles to create.