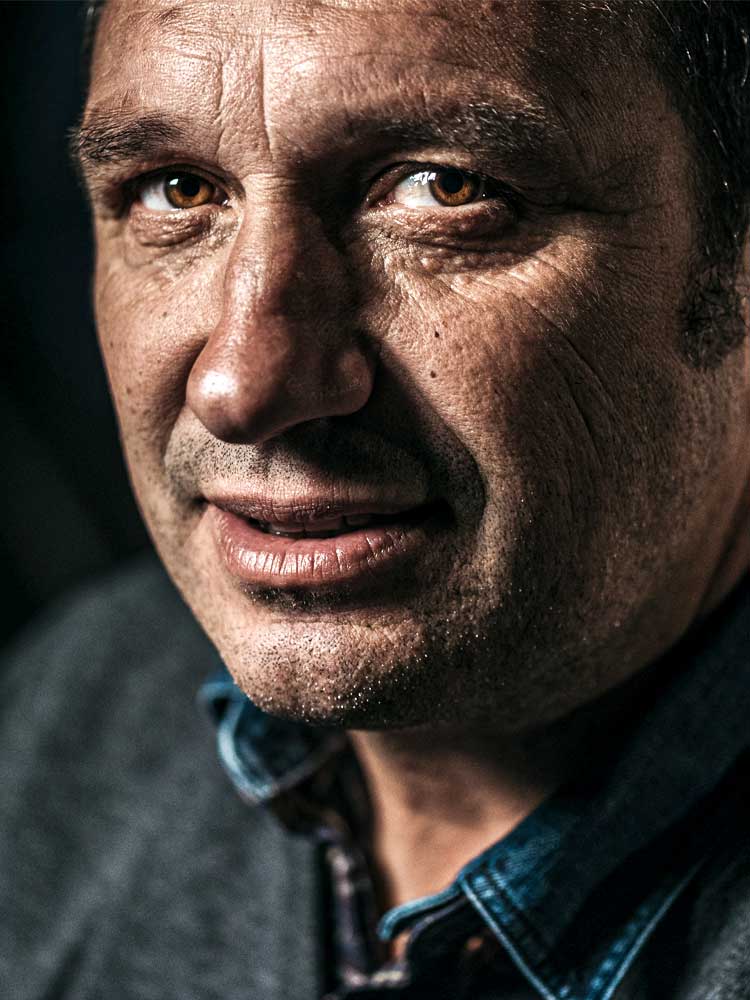 The day that Johan Cruyff showed up in my career was like heaven's doors opening for me.

I was playing for Atlético Madrid. I had moved there after four years at Valladolid, my hometown club.

I felt that I could better pursue my career goals at Atlético, but it was also the first year of Jesus Gil's time as president. César Luis Menotti was the manager when I joined, but there were two managerial changes that year and at the end of the season I was told that Barcelona had an interest in me.

They had a new manager, Johan Cruyff, and I had caught his eye.

That filled me with hope, and excitement. Barcelona was a club at which I thought I could achieve my goals – a team that could rise to important challenges, and win titles, and now Cruyff (below) had arrived.

He had been a special player – someone I had watched when I was a child. My memories of him were exciting, and now I would be playing for him.

I'd had difficulties finding a place in Atlético's team. In those days, the 4-4-2 formation prevailed in football, but in that system there was only one position I could play. One of the two central midfielders traditionally had a more defensive profile, whereas the other was more technical; more of an organiser. That second role is where I fitted in. My only position.

Cruyff arrived, and I saw that his plan was to play with a diamond in midfield, with four men playing inside. I thought that I could play in any one of those four positions, which opened up the options for me to fit into his team.

Then I saw the way he planned to incorporate that diamond, with three defenders behind and three forwards. From the position I took in the middle of the pitch that offered many possibilities for a pass. That was my main asset – choosing the best pass available and having the technique to deliver it.

As a result, from the very first pre-season matches I played for Barcelona in the Netherlands, I could see that there was a huge new range of possibilities for me as a player. It was a joy to see the footballing idea that Cruyff brought, and to see so soon how it worked so well.

Training was very different to what I was used to. Before, the players' physical condition had always been the most important element. Under Cruyff, technique took precedence.

Technique; tactics; positioning exercises; short games. Everything was always with the ball. It was like when I was a kid and played with my friends in the streets in my hometown.

Then there were the practice games. Short, competitive matches with teams of three players. It felt like we were having fun every day. Football was the profession I had chosen because I loved it so much, and I wanted to enjoy every single day of my professional life. Now, here was a manager who proposed an idea – a training methodology in which all of us had a good time.

There is no point having a good time if it doesn't help you win. You know that can't continue. But Cruyff's way helped us get results too. It felt ideal.

In 1986, Barcelona had lost the European Cup final to Steaua Bucharest, on penalties, in Seville. It had been taken for granted that the club would win that final, and their first European Cup, but they did not. When we arrived in 1988, the fans were still suffering from that trauma. There was disillusionment, an enormous disappointment.

But a new generation of players had arrived at the club. We had a good time playing together, and we had a manager with a winning mentality. We started to understand little by little that the circumstances could be generated by which we would be the ones to achieve what Barcelona had sought for so many years – to win the European Cup.

In that first season, though, we knew that we couldn't win La Liga. We faced a Real Madrid team that was well established, with players at their peak – it would be difficult for a team such as ours, together on a learning curve, to compete. We had new players, young players, and we were trying to create a style.

"We were a generation who had grown and developed together"

But we had the hope of doing great things; of winning titles for the club, and we did become champions that season. We won the European Cup Winners' Cup, beating Sampdoria in the final in Bern. To play such a brilliant game – in a European final, and to win with our new style of play – gave us so much joy. It validated our idea; showed to us all that we were on the right track.

The feeling grew that we knew what we were doing; where we were going. We had great confidence in our game, and we were all influenced by the manager's winning mentality. Johan was convinced that he was very good – the best – and he made us believe that we too were very good. The best, and capable of beating the best.

We progressed along our path until we were able to overcome Real. By the third year, we developed our idea well, and as a group of players we came into full maturity. That is when we won La Liga.

Within a year, we faced Sampdoria in another European Cup final (above, with Sacristán back row, far right – left from him are Hristo Stoichkov, Michael Laudrup and Ronald Koeman; in front of Koeman, Pep Guardiola).

We were aware that we had a chance to make history, to be the ones responsible for winning Barcelona – a historic and prestigious club worldwide – the title it most craved. We were a generation who had grown together and developed, under Cruyff, a style of play that was a little different. Revolutionary; attractive; attacking.

But we also understood that such a new way of understanding football needed the most important title to confirm that it was a good idea. Not only beautiful and attractive, but also effective.

"Cruyff taught his players things that we have been applying since"

When we arrived at the club in 1988, we encountered huge disappointment. Now, with our strength, enthusiasm and, above all, the energy of our leader in Johan, we managed to finally get that reward for the people.

For the club, becoming European champions for the first time meant everything. For the players, it brought enormous joy and huge satisfaction. As a kid, you dream of achieving this. Before the match, you can see that you have that dream right there, in your hand – and then that dream becomes reality.

But that reality would never have existed without Johan. Barcelona would have been totally different – football, too. The influence he has had on the game is tremendous, as great as anyone in the world of football. He has influenced the whole evolution of the sport.

Cruyff's presence is still defining now, because of his teachings. He passed on a series of technical and tactical concepts that helped us to think inside the pitch; to make good decisions; to make the best decision.

Pep Guardiola is his apt pupil – the apostle. He was the one most able to absorb all those concepts that Cruyff transmitted to us and gave continuity to all his teaching, putting it into practice and applying it. Also, applying them with the success he’s had.

That influence is what has served him in some way to all of his knowledge; all of his capabilities and virtues regarding the way he is. His personality, his character, but also his passion, enthusiasm, intelligence. All those qualities he has are enhanced by the knowledge he acquired from a master like Cruyff.

He taught his players things that we have taken on board in our own methodologies, and have been applying in our own coaching careers. We are all influenced by the little details he passed on to us.

We started to realise, when putting them into practice as players, that they were effective. So now, as coaches, we try to pass them on to our teams, and our players.

I have my own football ideas, too, of course. As a player, I offered vision; technique; decision-making. Everything I provided on the pitch, I saw that I could put into practice as a manager.

It is not just that we take Johan's ideas, go out, and pass them on. But everyone who played for him gained a great footballing knowledge.

That always stays with you.