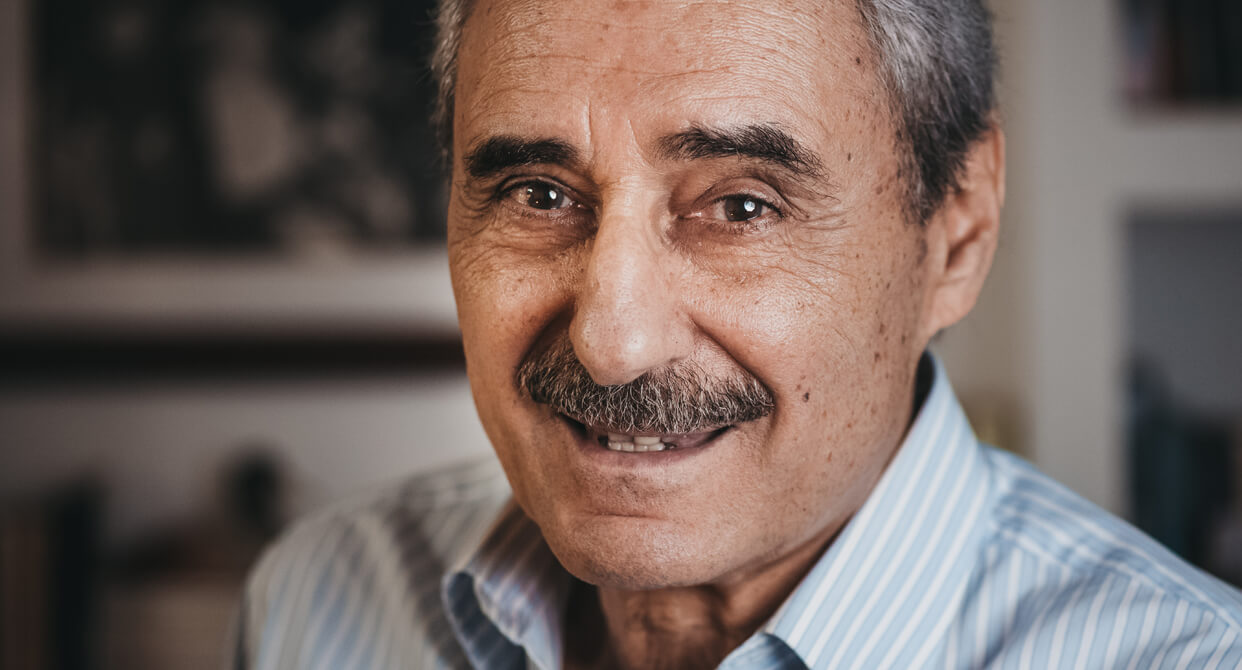 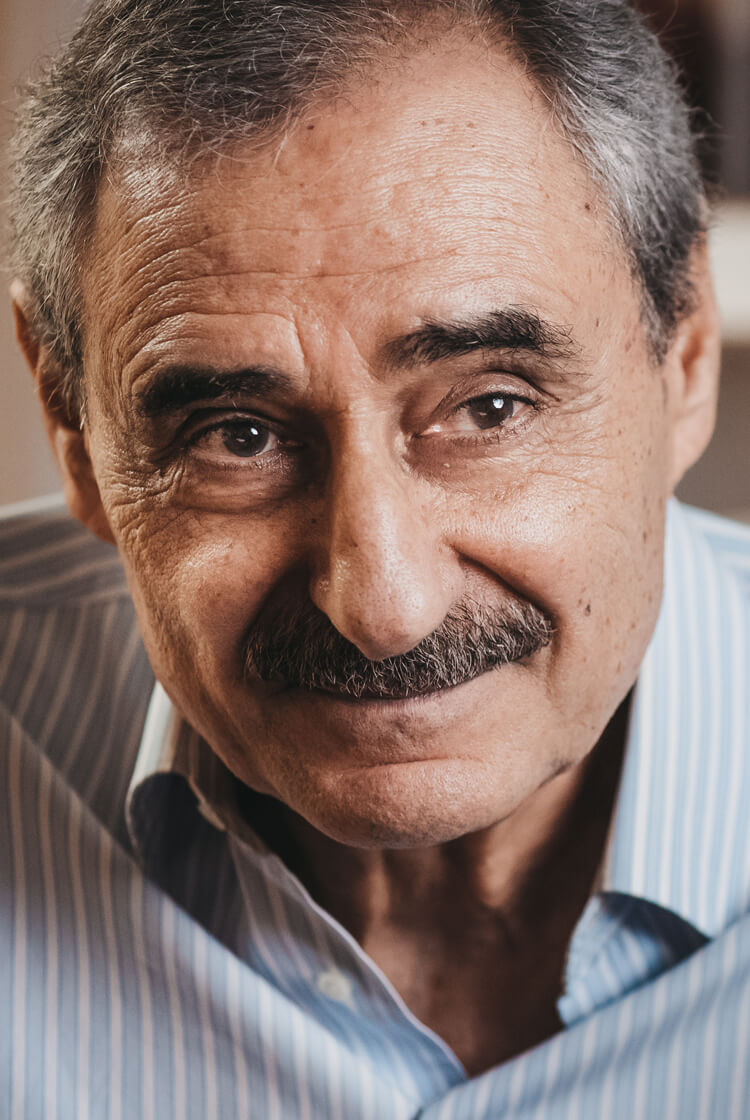 If you need 10 virtues to be a manager, César Luis Menotti had 20.

Of all of them, however, without a doubt the one I would highlight is his power of observation.

He is capable, in an instant, of picking out the qualities and defects of a team. And of an individual player.

That goes together with his way of communicating ideas, and the ease with which he manages it. Regardless of what he asks you, he always wins you over in the end.

I exaggerate, of course, but if Menotti (below) told a player to throw themselves out of the window, they would do it. Why? Because they’re convinced that, if it’s what Menotti says, then it’s what they should do.

Before I met him, I’d been drifting a bit after leaving my native Argentina. I worked as an accountant in a furniture shop. As a clerk. I had to be there eight hours a day. Working out the money that came in and went out.

I always used to say that a monkey would take 10 minutes to do that job – and I had to be there for eight hours. I despaired. It was clear to me that my life had to be something more than that.

I was also selling lamps. Some friends started a business making them, and I was going house to house trying to sell them. It was tough. I couldn’t sell water in a desert. So can you imagine me trying to sell someone a lamp.

One day, fed up with everything, I said to my wife: “I am going to do the manager’s course. That’s my thing. I’ll do it and see what happens.”

“César has a youthful enthusiasm for the game. He talks about Cristiano Ronaldo, Lionel Messi, Kevin De Bruyne”

I trained in Spain. Three years in total, including a month in Seville.

It was while I was doing my badges that my relationship with Menotti, who was then the Argentina manager, started. It came about through an old teammate from my time playing in Bahía Blanca back in Argentina; he was now working on their technical staff, and he needed someone in Spain ahead of the 1982 World Cup.

Argentina were the defending champions, and they were looking for someone who could give them information – both on the European teams and the Argentinian players who were playing on the continent. But it had to be someone who nobody knew, that the press wouldn’t know. They picked me.

I travelled all over Europe, passing information on about matches and players.

I eventually met Menotti in person at a friendly Argentina played against England at Wembley in 1980. England won 3-1 on the day, but during the game a young Diego Maradona (below) dribbled past everyone – that time, however, he just missed the goal.

My relationship with Menotti was simple at first. “Hello, how are you?” I just went to ask for some tickets to go to the match.

But it’s a relationship that continues to this day. We are still great friends. I always say that I am a friend of César, and a pupil of Menotti.

I eventually took on that same role, analysing the opposition, when he signed for FC Barcelona in 1983. I used to watch the training sessions to learn from him. I was lucky to be in contact with so many good players – Maradona among them.

Now, as we both master new technology, we watch the matches from a distance. He does it from Buenos Aires, and I do it from Madrid. We talk on WhatsApp, and through those conversations I am still learning from him.

“Humanity changes, but people still fall in love the same way. In football, as in love, the essence never changes”

César has a youthful enthusiasm for the game, too. He’ll never talk to you about his past as a manager, only about the present. He talks about Cristiano Ronaldo, Lionel Messi, Kevin De Bruyne, the new Argentinian players who are coming through.

He is a lover of good football – it is a policy he has always defended – but not over and above the result, as some people try to claim. Of course the result was important for him, but not at any price.

He always had a clear message for his players: “Through good football, you get results. And when you’ve got that, it’s no good defending the result any old way.”

These ideas are still applicable, even so many years later.

Why? Because humanity keeps changing, but people still fall in love the same way. The main protagonists or the way to do things might change, but the essence is always the same.

In football, as in love, that essence never changes. Another Argentinian manager, the late Ángel Tulio Zof, had it right when he said: “The oldest thing there is in football is the ball itself, and it’s still the most important.”

“I was so thrilled to be in charge that I didn’t really see the first half. What could I tell my players at half-time?”

I worked with Menotti several more times. One of those spells was at Boca Juniors, but it was not as his assistant. Instead, I was working with the youth teams.

One day, however, I had to replace him on the Boca bench. It was on a Saturday. He had a bowel problem and he’d had an operation. I got the call from the club and had to take care of the team.

That was a team featuring Jorge Higuaín (father of Gonzalo), Carlos Tapia, Jorge Rinaldi… a lot of great players. I knew the group, of course, but I was not Menotti. He had a hold over them. Just one word from him and the players felt it – so replacing him at that first team talk was very tough.

But it went well in the end. We knocked Armenio and Newell’s Old Boys out of the cup on our way to the final, by which time Menotti had returned from surgery.

I started in management as head coach at Banfield. My first match in charge, we played against Armenio – Menotti and several of my friends were in the stands.

At last, I was on the bench as manager of a Buenos Aires team. I was so thrilled, though, that even though I watched the first half, I didn’t really see it.

I had a problem. “What do I tell my players at half-time? I haven’t really seen any of the match.”

Then I resorted to a basic concept. I acted a bit cross, as I thought that a manager always has to be a bit angry, no matter what the result.

Even though we won that game, after five matches the team was bottom. One journalist wrote: “Menotti’s disciple is in last place.”

But I didn’t give up.

That was another of César’s teachings: “Don’t allow yourself to get browbeaten into playing differently, ever.”

There were people around me who asked me to change: “Ángel, opt for another style of football. The game is different now.”

But I said no, that I would win playing like that.

And we managed it. We didn’t lose any of the following 18 matches, and we ended up top.

I knew it: you can win playing good football.