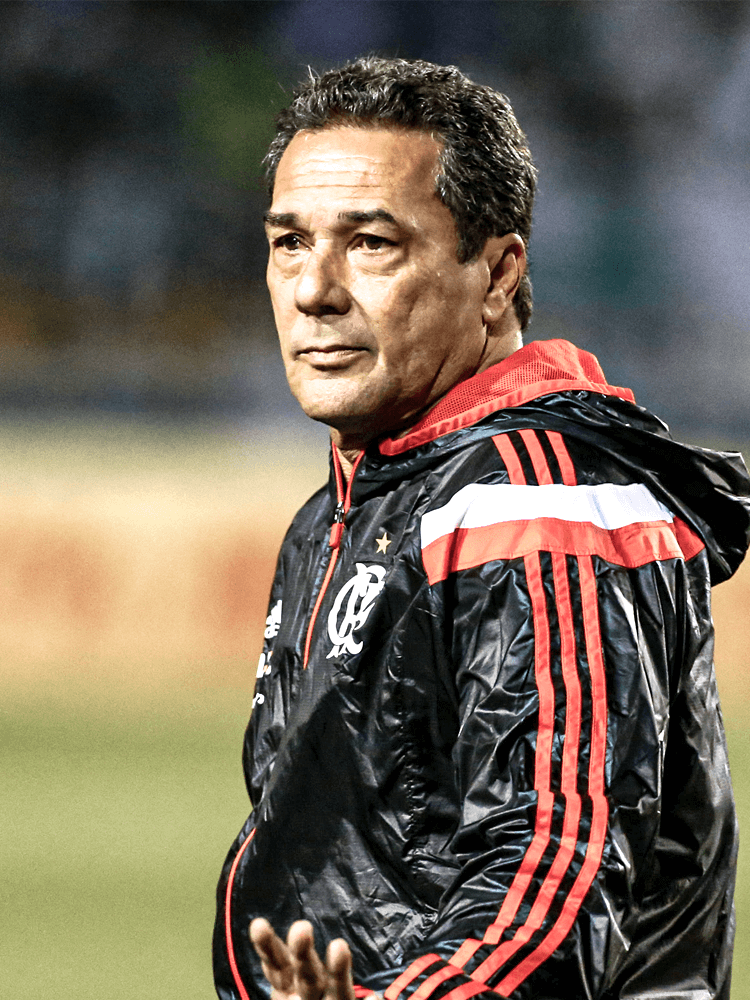 My debut as manager at Real Madrid was perhaps the strangest that a manager has ever had.

It was a match against Real Sociedad that had been suspended a few weeks before because of a bomb threat at the Bernabéu with the score at 1-1. The match resumed from the 84th minute, in front of a full stadium – and Zinedine Zidane scored a penalty to secure the win.

For me, though, the whole story had begun a long time before then – and, like so many coaches, with injury. I already had my physical education qualification – I got it while I was still playing – but after playing professionally for several years, I injured my knee.

I ruptured the cruciate ligaments and I decided to quit. My recovery didn’t go that well. In those days, there weren’t the same medical resources we have today.

Straight away, I was offered the post of assistant coach to Antonio Lopes at America in Rio de Janeiro. I was there for three years and, without having planned it like that, that’s how my life as a manager started.

After that, there followed a succession of different teams, different experiences and some different successes with clubs in Brazil.

Until I got to the national team. The Seleção.

For any Brazilian manager, the national team is the ultimate job. It’s what we all aspire to.

In 1999, we won the Copa America. We ended the whole tournament unbeaten and were playing good football throughout.

The final was our best match. We beat Uruguay 3-0.

I’d say it was one of the most important matches in my career.

"The dressing room at Real Madrid is like the United Nations"

With that victory we really asserted ourselves in South America and, above all, it meant Brazil regained its position as a contender to win the World Cup three years later. Under Luiz Felipe Scolari, they did just that.

Several years later, I went to another giant – Real Madrid. A club where I never thought I’d see a Brazilian coach. To this day, I am still the only Brazilian to be head coach there.

I remember when Los Blancos called, interested in me, in late 2004.

To begin with, I was surprised.

But I felt it would be a unique experience. An opportunity I couldn’t turn down.

I didn’t say anything to anyone. Not even to the Brazilians who were at Real Madrid at the time, Roberto Carlos and Ronaldo. Players I knew really well from my time with Brazil.

They found out about the news at the airport in Brazil on the way to Madrid. The three of us bumped into each other.

They were on their way back to Spain after Christmas.

"The match had been suspended because of a bomb threat"

“Coach, what are you doing going to Europe? Going on holiday?” they asked me.

Just as I was when I had to take my first game as manager.

As I said earlier, that match against Real Sociedad had been suspended because of a bomb threat at the Bernabéu. I was facing a situation that was completely new to me – and so were the players.

I tried to set them up mentally to win.

We did a really intensive warm-up – different to usual. We had fewer than 10 minutes in which to win the game. We had to go out 100 per cent, right from the very first second.

In the dressing room before going out on to the pitch, I brought all the players in. You couldn’t talk a lot about tactics or different approaches. We wouldn’t be able to develop anything in such a short space of time.

"A phone message from Zidane was one of my greatest rewards"

“To win this, I need you to get the ball to Zidane and Ronaldo.”

I knew both players had that unique individual quality needed to win a match like this. The stand knew it, too. You could hear the buzz in the stadium whenever one of those two had the ball, and so the idea was that either of them would get the ball as quickly as possible.

If it was at their feet, anything could happen.

Ronaldo got the ball and, after some individual skill, he won a penalty. Zidane (above) stepped up and scored it. The euphoria of that moment was amazing.

Everything that happens at a club like Real Madrid is different. Its enormous size means that everything is magnified. That means the good and the bad.

That’s why you need time to adapt. Although some people think the opposite, there are indeed differences between European and South American football. Each has its own characteristics and you have to work gradually to understand each one of them.

There are also differences in the players. True, football is a universal language. But culturally, every footballer is different. A Spanish player doesn’t work in the same way as a Brazilian or an Italian. Each footballer executes his profession a certain way, and part of that is about where he’s from.

Going into the dressing room at Real Madrid is like going into the United Nations. You’ve got to make yourself understood by players of all sorts of different nationalities, and you have to do it very quickly.

"Why did you take Ronaldo off?"

Contrary to what the media said, I didn’t have any problems with any of them. The players understood perfectly what I wanted, and I knew that because Zidane left a message on my phone the day I left the club.

I had played him behind Raúl and Ronaldo, with a group of very fast players around him.

“Coach, it’s a shame you’ve had to leave Real Madrid. I learned a lot with you. You put me back in the position where I was when I won the World Cup with France.”

From my time at Real Madrid, I feel like I left behind a good impression. I won the first seven matches. But that message from Zidane is one of the greatest rewards I take with me.

Really, the only problem I had at Real Madrid was a lack of time to work. There was a rush to get results and play well.

That meant being under a lot of pressure.

My eventual exit from the club came about after a discussion with Florentino Pérez, the club chairman.

It happened after a league match against Getafe.

"I could have carried on at Real Madrid, but I didn't have time"

We’d had David Beckham sent off but we were winning 1-0. In the 87th minute, I took Ronaldo off to strengthen the defence.

The Bernabéu crowd didn’t like the change because Ronaldo was their idol, and so Florentino didn’t like it either.

He called me after the game.

“Boss, why did you take Ronaldo off?” he asked me.

“Ronaldo had already played his game,” I replied. “The match was coming to an end and we were a player down.”

I defended what was a technical decision. These are the types of decisions a manager has to make, even though the stands don’t like it.

We all like a spectacle, of course, and we all love the good players. Even so, you can’t get a team out just by bringing quality players together. You have to create a balanced team with players who are prepared to run to free up those who then have to show their quality.

As the years go by, I think that maybe without that discussion with Pérez, I could have carried on at Real Madrid. I realise it was a discussion we didn’t need to have in the heat of the moment.

We could have talked another time and not straight after the match, when you’re still feeling the tension of the game.

I’m sure that, with time, I would have done the work I wanted to carry out.

But I didn’t have time.

In the end, the clock won.