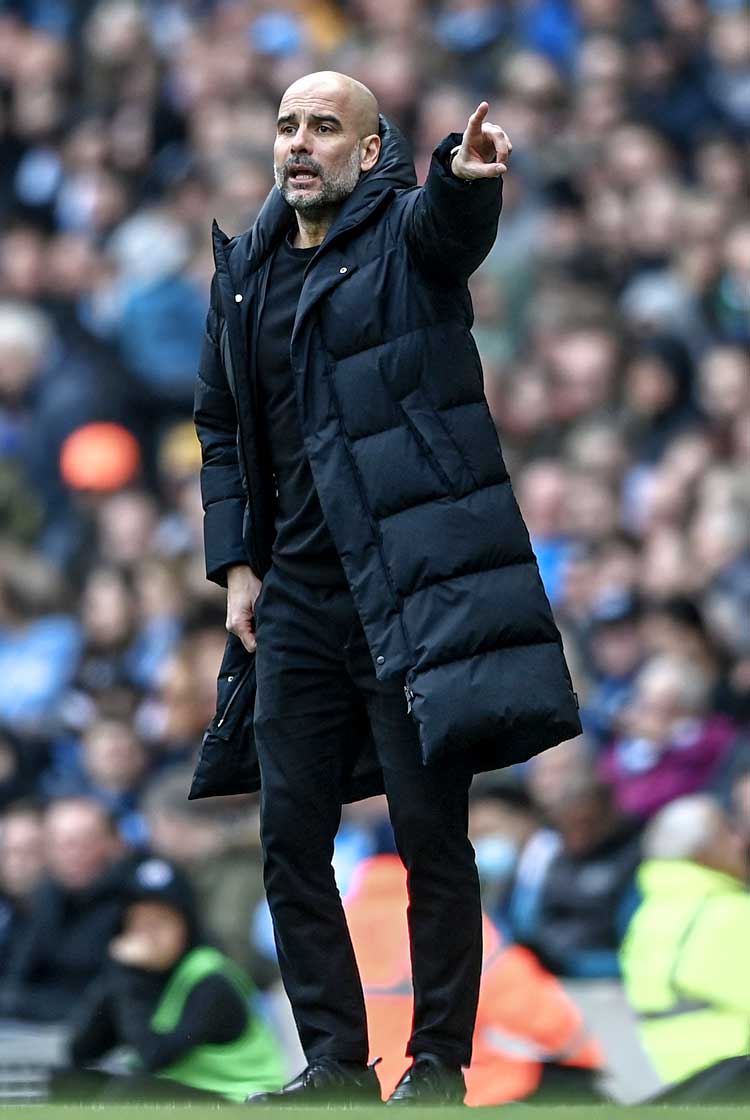 Pep Guardiola: In Others’ Words

Wherever he has gone since his 2008 appointment as Barcelona manager, Pep Guardiola has enjoyed vast success. A disciple of the late, great Johan Cruyff, Guardiola oversaw the development of a Barcelona side that is unquestionably up there with the greatest of all time, and has gone on to achieve great things. He is now widely considered the world's most influential manager.

After leaving Barcelona with three league titles, two Champions Leagues and a whole host of other trophies, Guardiola went on to win three successive Bundesliga titles with Bayern Munich before his move to Manchester City. At City, he has raised standards in the English game to new highs; in 2017/18, his City side became the first team to rack up 100 Premier League points in a season, playing some of the best football the game has ever seen.

Many of the coaches interviewed exclusively by The Coaches' Voice have spoken about the influence of Guardiola's work. We have gathered together the best quotes about him here, with the first of those from his former assistant, Domènec Torrent.

"The first time I ever talked to Pep, I felt intimidated. He was one of my idols. We bumped into each other in the hallways of Barcelona’s Ciudad Deportiva. It was the summer of 2007, and Pep was just taking charge of Barcelona B.

"'Hi, I'm Pep Guardiola,' he said. 'We are in the Third Division and I thought that, because you know the competition, you could be of help to us.'

"I always say that Pep is brave. Controlled bravery, because he sees everything clearly and, oddly enough, is a manager who is most at ease at those crucial times. The harder it gets, the more focused he is.

"It was just awesome. Just like the whole of our time at Barcelona. It was a shame when it ended, because I think that team could have achieved even more. But, in Pep's head, he felt differently.

"After Chelsea knocked us out of the Champions League in the semi finals in 2012, he summoned his closest staff and told us it was the end of his tenure. We asked him to think it over, but once Pep’s mind is made up, it’s made up. He had thought it all through already.

"I had two more years left of my contract, but I was ready to leave out of respect for him. It was because of Pep that I was there, and I felt I couldn't carry on."

"Like Cruyff, Guardiola is one of those innovative people. A transgressor, I would say. He took decisions that were not easy.

"Not popular ones, either – like to say that Samuel Eto’o, Ronaldinho and Deco were not part of his plans – but he took them from his great knowledge of the club and the squad, and what needed to be done for the future. Time has completely proved he was right.

"Of course, nobody was talking about winning all those titles that first year.  I don’t believe anybody would have thought that, but there was a feeling of wanting to win, even in the training matches. Such a big demand also gives you the possibility of giving – continuously – your very best.

"Guardiola spread that energy and passion that he stills shows every year. The players, through what Pep was transmitting and through what they could execute, quickly realised that they were capable of anything.

"In the end, Pep was a facilitator for the players. With great players, if you end up making the game easier with your proposals, in the end what happens is what happened. To win everything."

Eusebio Sacristán played alongside Guardiola at Barcelona from 1990 to 1995

“Pep Guardiola is Johan Cruyff's apt pupil – the apostle. He was the one most able to absorb all those concepts that Cruyff transmitted to us and gave continuity to all his teaching, putting it into practice and applying it. Also, applying them with the success he’s had.

"That influence is what has served him in some way to all of his knowledge; all of his capabilities and virtues regarding the way he is. His personality, his character, but also his passion, enthusiasm, intelligence.

"All those qualities he has are enhanced by the knowledge he acquired from a master like Cruyff."

Paco Jémez played alongside Guardiola for Spain from 1998 to 2001

"In the summer, I usually play golf with Pep Guardiola. He plays a lot in England. He has a good swing. But we maintain a great friendship.

"We were teammates in the national team for three years, and we did the manager’s course together, too. I always joke that I taught him everything he knows.

"I love being with him. Even if he just comes out with a couple of sentences, you always learn something. He’s an exceptional guy; passionate about his job.

"He gives 100 per cent every single minute. For me, there is no other way to be a manager."

"Barcelona is probably the biggest futsal club in the world, and the coaches there share their ideas and philosophies across the sports.

"There's definitely some cross-contamination that would have gone on when Guardiola was there.

"I see how his Manchester City players create space for their teammates, and it reminds me of the futsal philosophy."

"In the end the teams that linger in the memory for life are those that generate a unique feeling. The way that Guardiola’s teams play does that.

"The first thing that you see when you get near his universe is that he has had very clear ideas for a long time. Guardiola had great masters – Johan Cruyff, Louis van Gaal, Bobby Robson. That is of great importance for being a coach.

"In his coaching staff each of one them has a very defined role. When you are with the same personnel a long time – and that is what Guardiola has done – each worker knows what is expected of him. What he needs to do. In the end they develop like machines."

Jordi Cruyff played alongside Guardiola for Barcelona from 1990 to 1996

"The key player was Pep Guardiola. Guardiola was not a central defender. Sometimes he would end up there if the opponent attacked, but normally his position in build-up was further forwards.

"Guardiola was a master of angles; he was very good in playing in two touches; control with the left, passing and trying to find players between the lines. He always had a vertical pass.

"Opponents would put one player on Guardiola, because they knew he was the key in the build-up, with the angles."