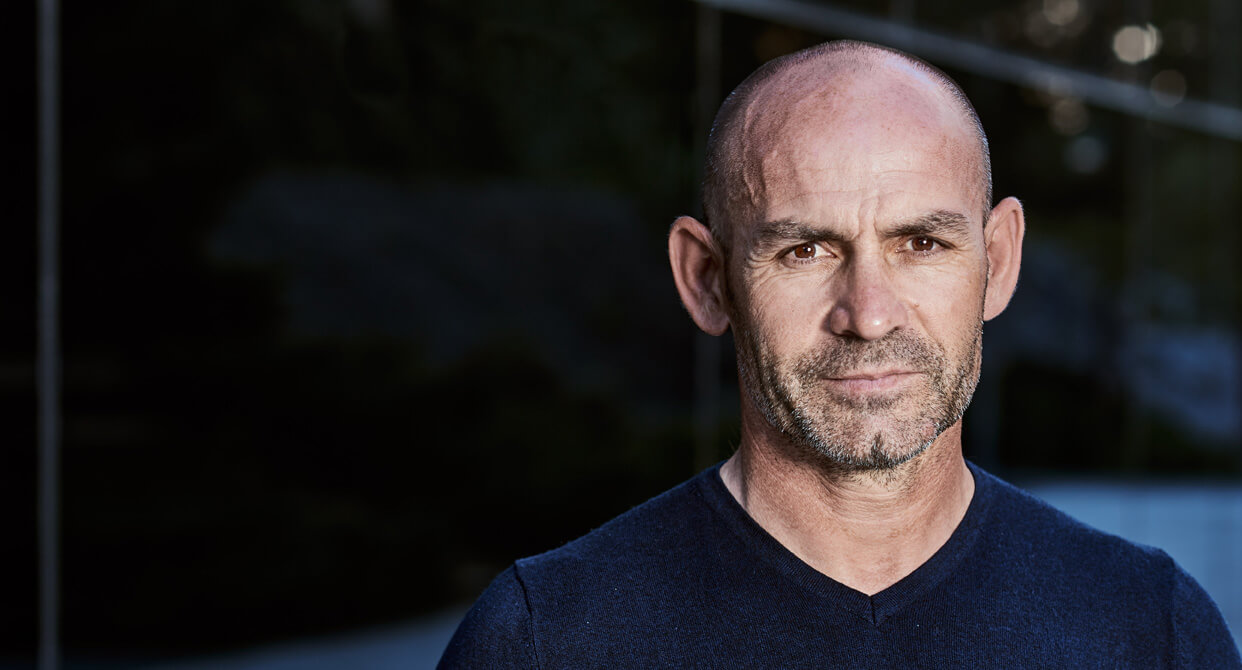 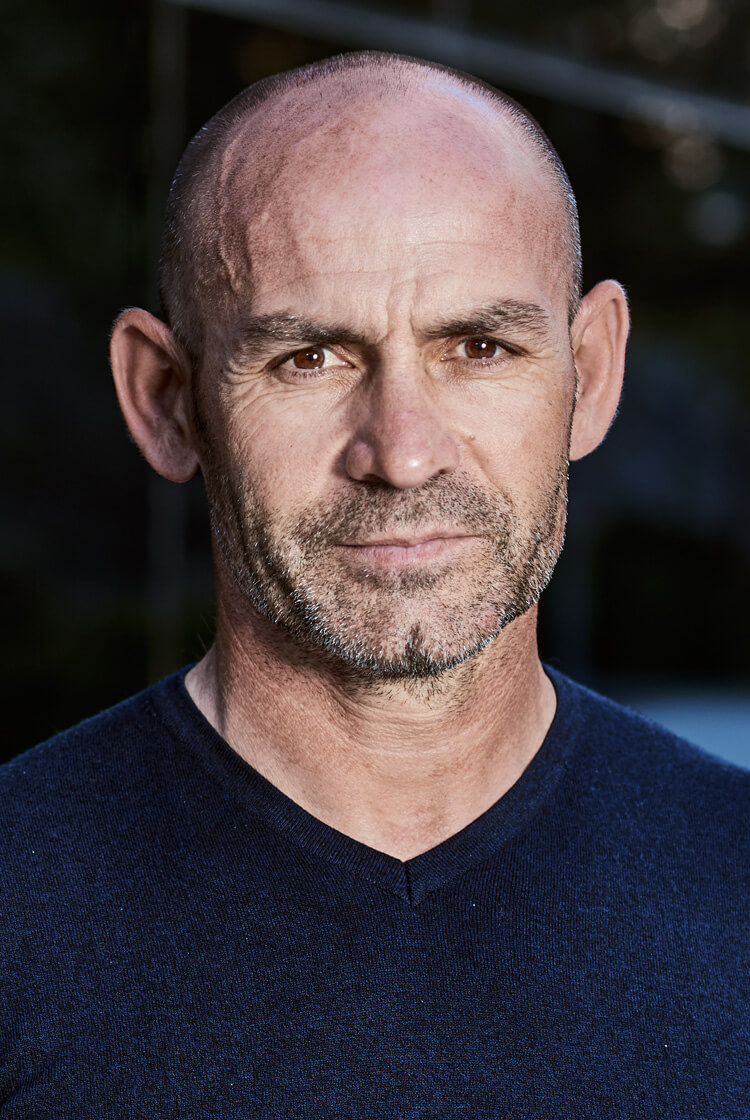 Not everybody can play the violin or the piano. Someone has to play the cymbals. He comes in at the very last second, but his contribution has to be perfect and at exactly the right time so that everything is just right.

A lot of people are surprised that from the cymbal guy – a fearsome defender like me (below, number 5) – has emerged a manager committed to this philosophy of the game: attacking, combination football, with an eye constantly on the opposition goal.

The answer is simple: I was fortunate to be in great teams, playing alongside great footballers. Bebeto, Rivaldo, Mauro Silva, Martín Vázquez...

I envied them. They could do anything with the ball.

As I couldn’t play like that myself, I was very clear that, when I became a manager, my teams would play like them.

But then reality hits. The reality that this idea of the game is possibly the most risky of them all.

Not in my case. I think fear is necessary. It keeps us alive.

Nor in the case of the players I have had. All footballers have a courageous side to them. You just need to know which button to press to find it.

But I have sensed fear in a lot of those around me.

More often than I’d have thought, I’ve been asked to change my idea of the game. Sometimes, by chairmen: “Paco, how about we go a bit deeper at the back?”

I say the same thing to them all.

“If you can promise that by hauling our arses back, we’ll get the result, I’ll do it.”

But in football, nobody can guarantee you that. Nor can they guarantee you happiness. This is a wonderful profession, but it’s also fucking hard!

I say that a lot during the coaches’ training course. They prepare you and teach you really well, but I feel like I’m missing something.

What happens when you don’t get the results? Or when you have a player who’s pissed off with you because he’s not playing? Or you get boos from the stands?

That, they don’t tell you.

Nor what happens when you go into a dressing room. From that moment on, you don’t think about anything other than football.

“In Mexico, there were days when I didn’t sleep at all. From the pressure of the results to the altitude of the city – it was a perfect storm”

For me, it’s impossible to disconnect.

I can’t unwind anywhere. I’m someone who likes the gym a lot. I often say to myself: “Come on, let’s do a bit of weightlifting to unwind.” I lift two weights and my head is full of it all again.

I’ll tell you an anecdote about something that happened recently.

I’d been in Madrid for a week after joining Rayo Vallecano. On one of our free afternoons, I went to the cinema to watch the movie Taxi a Gibraltar. It stars an actor who makes me laugh a lot, Dani Rovira. Can you believe, I couldn’t even tell you what the movie was about?

Every day, I dedicate all my waking hours to football. I sleep well, but not much. At best, five hours.

And in Mexico, it was much worse.

There were days when I didn’t sleep at all. It was a perfect storm. From the pressure of the results to the altitude of the city itself. I had to go to the doctor to help me to sleep, but I could only manage littles naps at night. I was only able to stand it thanks to the couple of hours I slept during the afternoon siesta. That gave me strength.

I’ve been a manager since 2006, for different spells and in different situations. But I can tell you that Mexico has left its mark on me.

It’s a very tough country. In every sense. It’s a place where things happen that in Spain you only see on TV.

Unfortunately, I experienced one of them first-hand – the tragic earthquake of September 2017.

We were in a camp for a match against América and the whole squad had to flee the hotel in the early hours. At the time, you don’t really know what to do because you’ve never been through anything like it. Quite simply, you fear for your life.

The consequences were terrible: 370 people died.

Over the next few days, we were out in the streets helping people. It was the least we could do for a country that was treating me so well.

“There was a lot of anxiety, because the team hadn’t been to the playoffs for three years. There was even talk of a curse”

As a manager, I admit I got it wrong. I went to Cruz Azul thinking I was going to a lesser league, and I realised it wasn’t like that. Mexico has a competitive league, good players, impressive managers, spectacular grounds and great fans (below). It is the same wherever you play and whatever time of day the match takes place. The stadiums are always full.

That’s the nice part, but you have to get used to all the rest. You can’t expect that millions of people are going to adjust to the way you do things.

It’s not that’s it difficult. Just different. It’s another way of playing and coaching, the same as it is in Europe. You don’t work the same way in the Netherlands as you do in Spain. So you can imagine the difference between two continents.

You also have to work with a different style of competition to what you’re used to in Spain, where you have 38 matches. You can start badly, but then have time to recover.

You have one round of fixtures, in which you play every other team once, and then there are playoffs – so you have to be good from the start. Otherwise, you’re left out, which is what happened to us at the Clausura – the second of the two tournaments that make up the league season in Mexico. We made a lot of changes and the team didn’t start well. Even so, we were just one win away from making the playoffs.

There was a lot of anxiety at Cruz Azul, because the team hadn’t been to a playoff for three years. They were even talking about a curse.

At the club, they would say: “Paco, you have to get the team into the playoffs and then try to do the best you can. If we can be champions, great – but the first goal is to get the team among the best eight.”

Fortunately, in the following Apertura – the first tournament of the season – we did start well, and we finished sixth. That gave us, at last, a ticket to the playoffs. We got América in the quarter finals – and we drew both legs, but they had finished above us in the regular league and so they went on to the next round.

Although we were eliminated, I believe we had done a great job; we had achieved the goals we set when I first arrived.

“In the summer, I play golf with Pep Guardiola. I love being with him. Even if he says only a couple of sentences, you learn something”

Maybe the most complicated thing to manage during my time in Mexico was the press. It was a lot more incisive and hurtful than in Spain.

I found that out on the very first day. Some interviews plunged to depths I never expected, but I knew that if I let my head go down, they would eat me alive.

At first, I got really cross with the press because they asked questions I considered offensive. Not only towards me, but also towards the club and my players. That’s why I believe the fans loved us so much. We wouldn’t let anybody stamp on the Cruz Azul image.

We had the odd clash with journalists, but in the end I even enjoyed the press conferences. In fact, there have been Mexican journalists who sent me messages when I signed for Rayo, to tell me they missed those times.

I know for sure that I would have stayed longer at Cruz Azul, because I knew the project there was only half-finished. But my family asked me to go back. It is the only time I’ve put family ahead of football.

Mexico is a door I’ve left open for the future, though.

At home, I enjoyed being with my family and had time for my other great passion: golf. I got hooked on the sport during the transition between being a player and a manager.

One day in La Coruña, in Galicia, a friend invited me to the city’s golf club. I said no. “It’s not for me, sorry.”

In the end, under the pretext of having a meal together, he convinced me. We went down to the course, and soon I was hooked.

Since then, I haven’t stopped playing. Only in Mexico. I went a whole year without picking up a club. I thought it would be impossible, but I was able to resist.

Those months when I wasn’t working have helped me get back to a 3.6 handicap – although that’s still far from the 1.4 I got to before I started to coach. I even almost became professional, but in the end I gave up because I couldn’t really have made a living from it. And my real goal was always football.

“When you’re out of work, you take it badly. Very badly”

In the summer, I usually play with Pep Guardiola. He plays a lot in England. He has a good swing, the bastard! But we maintain a great friendship. We were teammates in the national team for three years, and we did the manager’s course together too. I always joke that I taught him everything he knows.

Seriously, though, it’s really tough to think that a guy with such a clear idea of the game couldn’t succeed. I love being with him. Even if he just comes out with a couple of sentences, you always learn something. He’s an exceptional guy, passionate about his job. He gives 100 per cent every single minute.

For me, there is no other way to be a manager.

That’s why, when you’re out of work, you take it badly. Very badly. True, I enjoyed the first two months, but from the third month onwards I was nervous.

There’s no need to worry, because you know that a team will come up. I wasn’t bothered if it was a team from Segunda [the second division] – that’s hardly going to do me any harm. But you get nervous.

After almost a year without a team – I’d never been so long without coaching – you start to wonder if you’ve been forgotten.

Fortunately, that wasn’t the case. Rayo Vallecano called me.

I’ve forged strong bonds with this club. I’ve been there twice as a player, and now twice as a manager. It’s something that goes beyond sport. Rayo is like family. That’s why I couldn’t say no.

I know it will be difficult to stay up. But one thing is clear for me. Let there be no doubt about it.

Whatever happens, next season I will still be here.