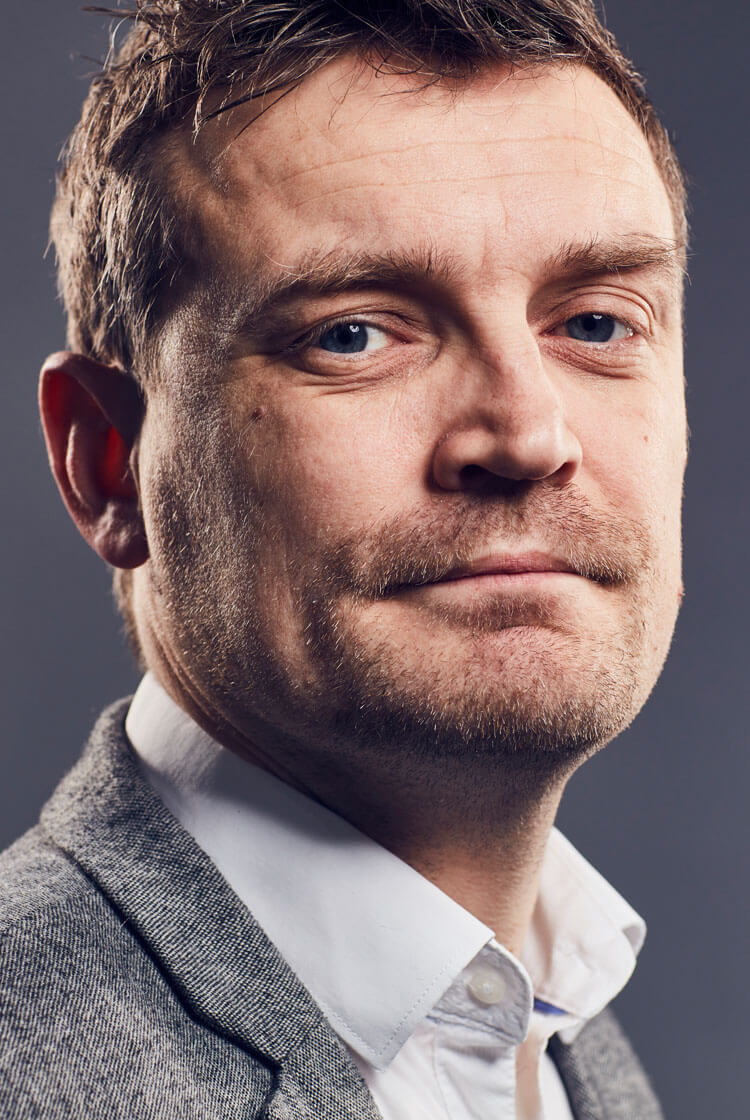 I still remember the moment I told my girlfriend, who is now my wife, I was going to play futsal for England.

It was a fair response, really. I’d never even played the game before.

I was playing football at non-league and England Universities level, and a few weeks earlier I had played in the first round of the FA Cup. So, I thought, why not give this a go?

Given where I was coming from, I was pretty sure I could handle a game of five-a-side.

You can probably guess how that turned out.

My first game was a friendly in Thailand. I walked out on to the court in front of 8,000 people. Whoa, hang on a minute. This is not what I thought it was going to be.

As the final whistle blew, I was still thinking the same thing. Futsal was different to what I thought it would be. It was much harder.

Perhaps there was something in this.

I’ve always been engaged by things that challenge me. It was the same when I first tried coaching – just without the crowd.

I was 17 years old and decided I wanted to help out the Under-8s at my local club. I thought I knew a bit about the game and would be able to help them become better. But I struggled to communicate my ideas. It was basic, simple stuff, but I couldn’t do it.

Perhaps there was something in this.

Given how it began, my futsal career went better than you might expect. I played more than 60 games for England, captained my country and travelled the world, playing and learning about the game.

It wasn’t something I could make a living from, though. So I went to university, studied sports science and psychology, and started a career as a PE teacher. In between lectures, I worked on my coaching badges.

None of that prepared me for my first significant step on the coaching ladder, though.

"I was working with young players who’d been thrown out of the game. They needed a lot of psychological support, and sometimes a lot of realism"

After I graduated, I started playing non-league football for a club where the head coach decided I could be useful.

“You’ve got a coaching badge – you’re now my assistant.”

I was a 23-year-old, coaching 30-year-old ex-pros in non-league. It was a tough environment. They had more experience than me in the game, so I couldn’t go in there telling them I knew everything just because I had a coaching badge.

It was about engaging them with the session. Learning how to manage the individuals in the group and figuring out how I could convince them to buy into the project. That’s really challenging when they’re a lot older and have played hundreds of league games.

It taught me how to apply my knowledge. To think about how much I speak, how I engage with older players, and how I use reviews.

I left teaching behind a few years later, to work as Director of Football and Head Football Coach at Loughborough University. It was a new challenge, working with young players who’d been thrown out of the game.

They needed a different type of mentor compared to the older players – a lot of psychological support, and sometimes a lot of realism about where they were and the challenges they faced trying to get back in the game.

Loughborough was also where things started to move quite quickly with futsal. When I finished playing, I became the assistant coach of the England futsal side, doing that alongside coaching football for Loughborough and Great Britain Universities.

I found coaching futsal gave me something different to football.

On average you make around 80 substitutions during a game of futsal. And every substitution is technical, tactical. Are they left/right-footed? Are they physically coping with the game?

I felt I could have more of an impact on a match in futsal.

"Futsal is relatable to players like Xavi and Iniesta: technically excellent footballers who can work really well in tight situations"

It’s a mentally taxing sport. One small mistake can end in a goal. In football, if a number nine doesn’t press or track properly, it doesn’t necessarily end in a goal. Whereas, if our front player doesn’t press or track properly, it’s likely to. There’s no margin for error in futsal, which makes it really demanding for players.

I have to know how many minutes my players can last on the court before we need to move them off. And how long they need to recover before they can get back on the court. We call it ‘the cliff’. When they fall off, physically or in terms of concentration, we have to get them out of the game.

In England, futsal has an identity issue. Just like me before my first game, people don’t realise how it differs from conventional five-a-side – and how it can really improve a player.

It all comes down to the constraints of the game.

Futsal has to be played on a hard surface, indoors or outdoors. You play to lines, not walls, and you can’t pass back to the goalkeeper unless he/she has it over the halfway line. The ball is denser, and the hard surface generates more of a slide than a roll. So, at the top level, the ball moves about seven times faster than in football.

Space and time are limited. So players have to develop quick decision-making skills and the ability to play their way out of trouble, instead of passing back to the keeper.

Futsal is the pressure cooker.

There’s a misconception that the game is all about flicks and tricks – a bit like freestyle football. But it’s actually more relatable to players like Xavi and Andres Iniesta (above): technically excellent footballers who can work really well in tight situations.

When you watch a game, it looks really fluid. Unchoreographed. But in reality, it’s a combination of choreography and breaking down blocks. It’s a bit like a game of chess: you’re trying to move your opponent into a certain position so that you can open up passing lines.

You can’t just do that by running. When there’s only four on a court (plus the keeper), you have to be strategic in how you move. We use ‘fake moves’ or feints to create space. If your main attribute is to beat players with pace, it’s probably not going to be enough in futsal.

You play futsal with your head. Your feet are just your tools.

"I see how Manchester City players create space for their teammates, and it reminds me of the futsal philosophy"

In England, we’ve got a long way to go to catch up with countries like Spain and Brazil, where futsal is played in schools and every child touches the game as part of their development.

The FA are about to launch a six-year strategy for the development of the game in England, and my philosophy is very similar to how they want to work in terms of developing coaches, developing a workforce and developing players.

There’s a golden thread that moves across all the England teams now, which shows that we’re trying to create an identity.

I think we’re probably just a little bit behind that golden thread in terms of trying to catch up in a futsal sense, compared to football – which is a long, long way down the road in terms of culture.

We still need to create an identity for futsal – help people understand what it is and what it isn’t, and get coaches to understand how they can coach it and what place it has. I think we’re getting to grips with it now, slowly.

Social media helps in some ways. People see players like Ricardinho and Falcao (below) – the futsal icons – who can really deal with a ball. The footage gets shared around the world and people really engage with it.

We’ve also got Pep Guardiola bringing his Barcelona influence to the English game. Barcelona is probably the biggest futsal club in the world, and the coaches there share their ideas and philosophies across the sports.

There’s definitely some cross-contamination that would have gone on when Guardiola was there.

I see how his Manchester City players create space for their teammates, and it reminds me of the futsal philosophy. We always say that even when you’re in possession, you have to control your opposite defender. If you can’t move him while you have the ball, you’re not going to create space for your teammates.

On a small court, those gaps won’t just appear. You have to be able to create them.

We’re working on developing the pyramid of the game in this country so that, from a young age, kids are playing and enjoying the game. We can then get the older players more engaged with the tactical side of the game, and understanding how it can help their football.

We also see futsal as providing a lifeline for the huge numbers of kids who drop out of the pro game. Too often, they end up out of football altogether.

The players in my England squad at the moment have come out of that pathway. In recent years, there have been four or five who have actually got themselves professional contracts back in football after spending a few years with us.

Whether they stay or not, they nearly all go through that same process I did in Thailand all those years ago, thinking: “I can play at this level.” As soon as they step into the international setting, they have the realisation: this is not what I thought it was going to be.

It’s my job to help them through that moment. And to spot the traits in a player that I think will give them the technical attributes to be able to deal with the game.

To become more attuned to having the ball at their feet.

To realise that, perhaps, there’s something in this.

England v Croatia is being shown live on the BBC Red Button and on the BBC Sport website on Monday September 24 at 7.45pm