Profile
Despite Manchester City finishing the 2019/20 Premier League season 18 points behind champions Liverpool, it was a campaign to remember on an individual level for Kevin De Bruyne. The Belgian became only the second player in the competition’s history to record 20 assists in a single season, matching Thierry Henry’s total for Arsenal in 2002/03.

Like Henry 17 years earlier, De Bruyne perhaps proved himself the best player in England but was unable to lead his team to the title. He was nonetheless consistently outstanding, and played a crucial role in City surpassing 100 Premier League goals in a season for a third time. “Kevin has something unique,” said his manager Pep Guardiola. “He can run; the vision he has. He sees things others cannot see. Right now, in the midfield position, he is the best (in the world).”

Tactical analysis
De Bruyne has qualities that extend to all areas of the pitch. His ability to create goalscoring chances from accurate deliveries is potentially unrivalled – he can reach the smallest spaces behind an opposing defence (below) with passes or crosses that are so powerful that defenders and goalkeepers struggle against them. Any attackers committing to forward runs thrive on those deliveries.

He can also pass equally well with both feet, through shifting possession from one to the other and playing accurate balls over varying distances, often through the smallest of spaces. He can therefore penetrate opposing defensive lines from numerous angles, and adapt to the press applied by his direct opponent. That he can do so means he cannot be forced on to a weak foot or side of the pitch, making him even more difficult to defend against.

Even if his priority is to create, rather than score, De Bruyne still offers a significant goal threat in the final third – often from outside of the penalty area, as he showed to devastating effect with a superb strike on the final day of the 2019/20 season against Norwich City that took his season’s tally to a career-high 13 league goals. When he shoots from distance he requires little backlift so he can surprise opponents who struggle to react and block his shots, and he most commonly aims low and towards the bottom corners with power.

As is crucial when playing for one of Guardiola’s teams, De Bruyne is capable of pressing ferociously. His tenacity and his desire to directly regain possession in advanced positions further demonstrates his desire to assert his authority on matches. When he presses over longer distances, the speed with which he approaches an opponent can lead to less success – particularly when confronting a nimble or experienced individual. If he does regain possession (further below), his explosive qualities can lead to more effective transitions into attack. He is capable of driving forwards with power into space and over larger distances, which, when coupled with his ability to pass the ball, is just as effective during counter-attacks as it is against a compact defensive block. 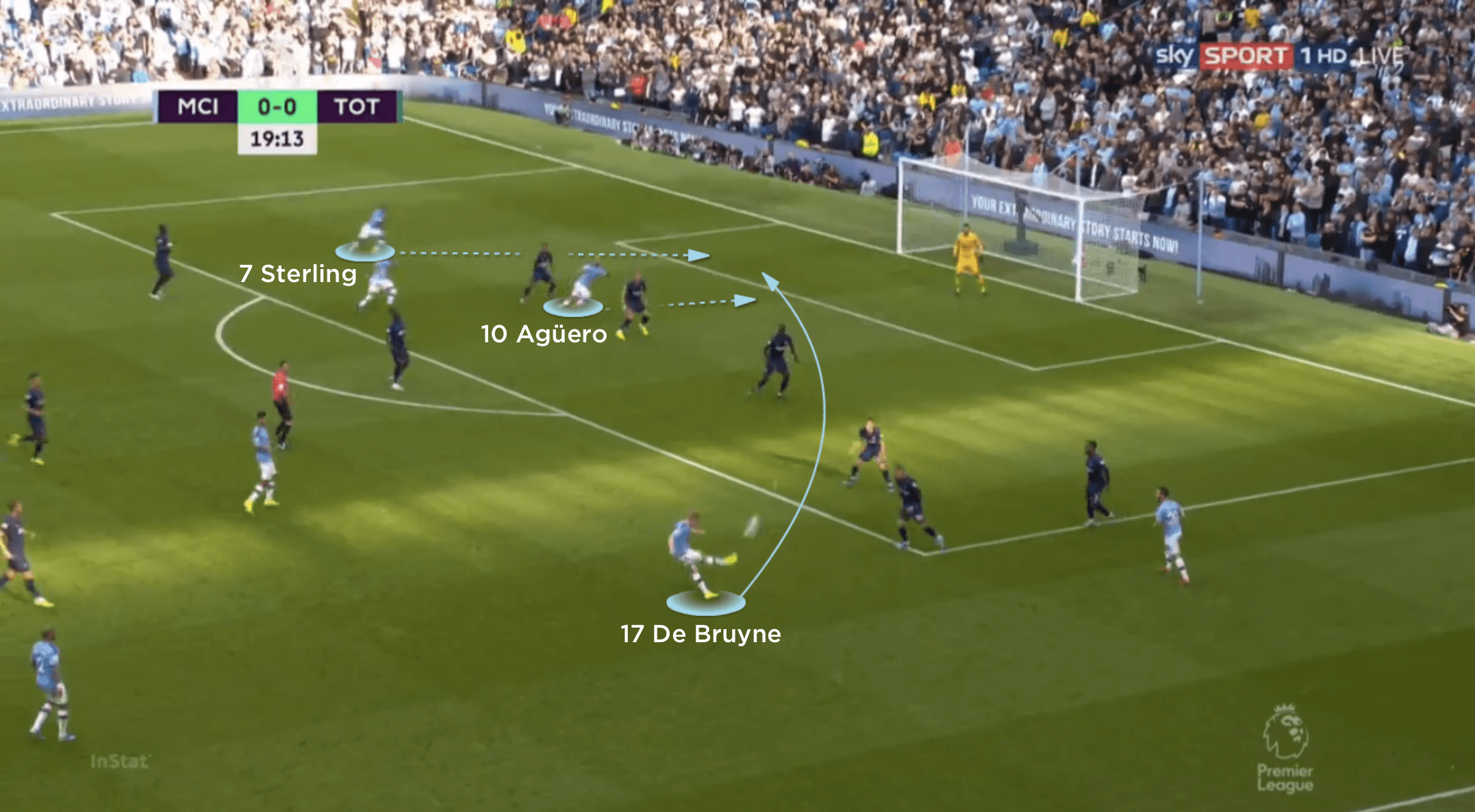 Role at Manchester City
De Bruyne’s deployment as an attacking number eight in City’s 4-3-3 means that he largely occupies the right inside channel, and occasionally positions himself wide on the right. When City build and attack with width – one player will remain in each of the two outside lanes – the spaces between the opposing units often become stretched, inviting De Bruyne or one of his teammates to carry possession forwards or to deliver it into those running in behind.

Most commonly, City’s right-sided attacker – Bernardo Silva or Riyad Mahrez – will provide their attacking width while Kyle Walker prepares to offer a delayed overlap or moves inside to create a double pivot at the base of midfield. De Bruyne is consequently given the freedom to occupy the inside channel (bottom) and to provide the key link between attack and defence. 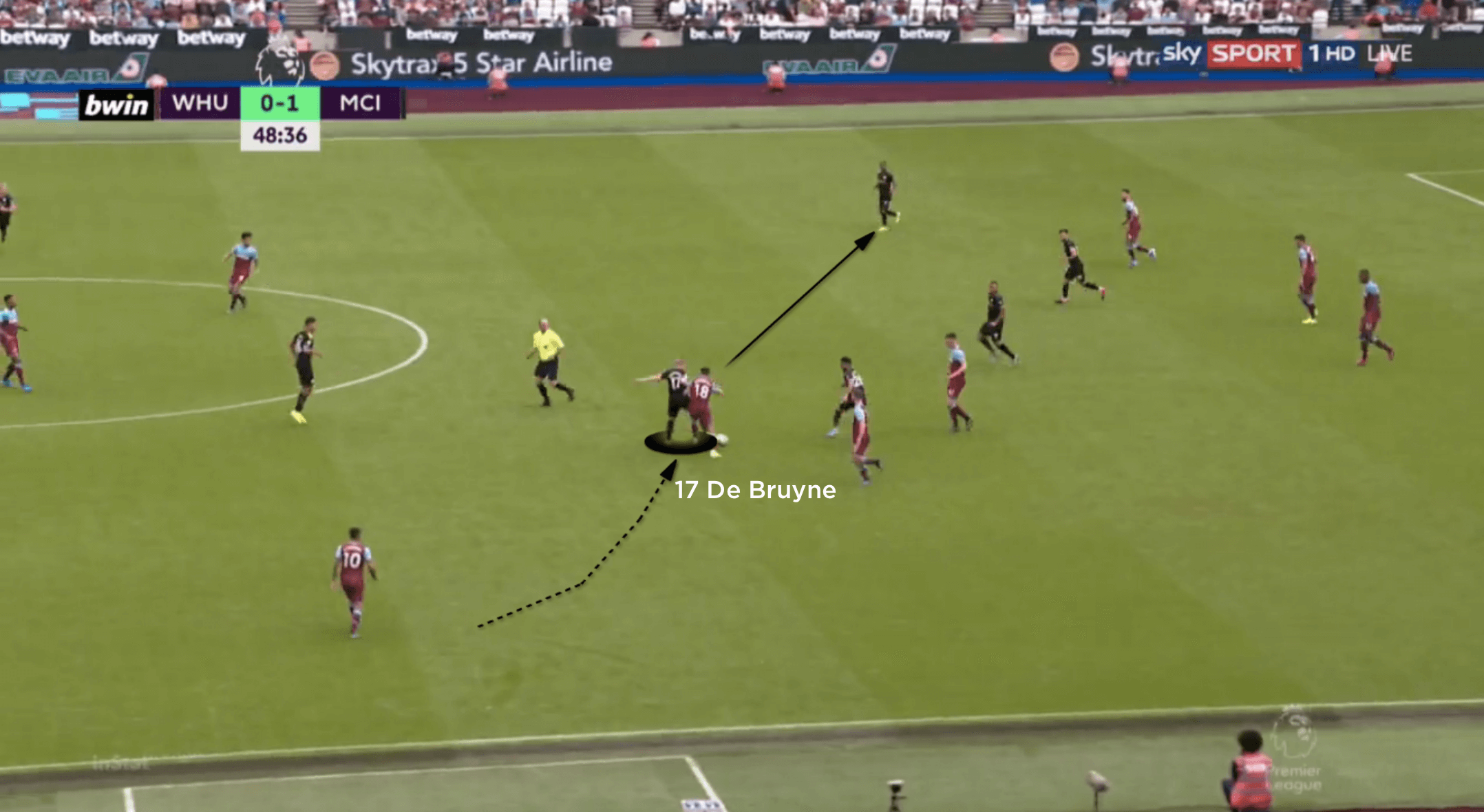 If the right-sided attacker withdraws towards possession, the defending left-back will likely advance to prevent them from receiving and turning. Space then ultimately exists for De Bruyne to advance into and become their third attacker before delivering low crosses in behind the opposing defence – a skill he has mastered.

Many of City’s opponents attempt to form a deep, compact defensive block, so when they do so De Bruyne’s versatility becomes particularly valuable. When Bernardo Silva and Mahrez attack the inside channels and City’s lone striker – Sergio Agüero or Gabriel Jesus – withdraws to link with those in central areas, De Bruyne can instead provide their attacking width and find those attacking the penalty area with his sublime deliveries. 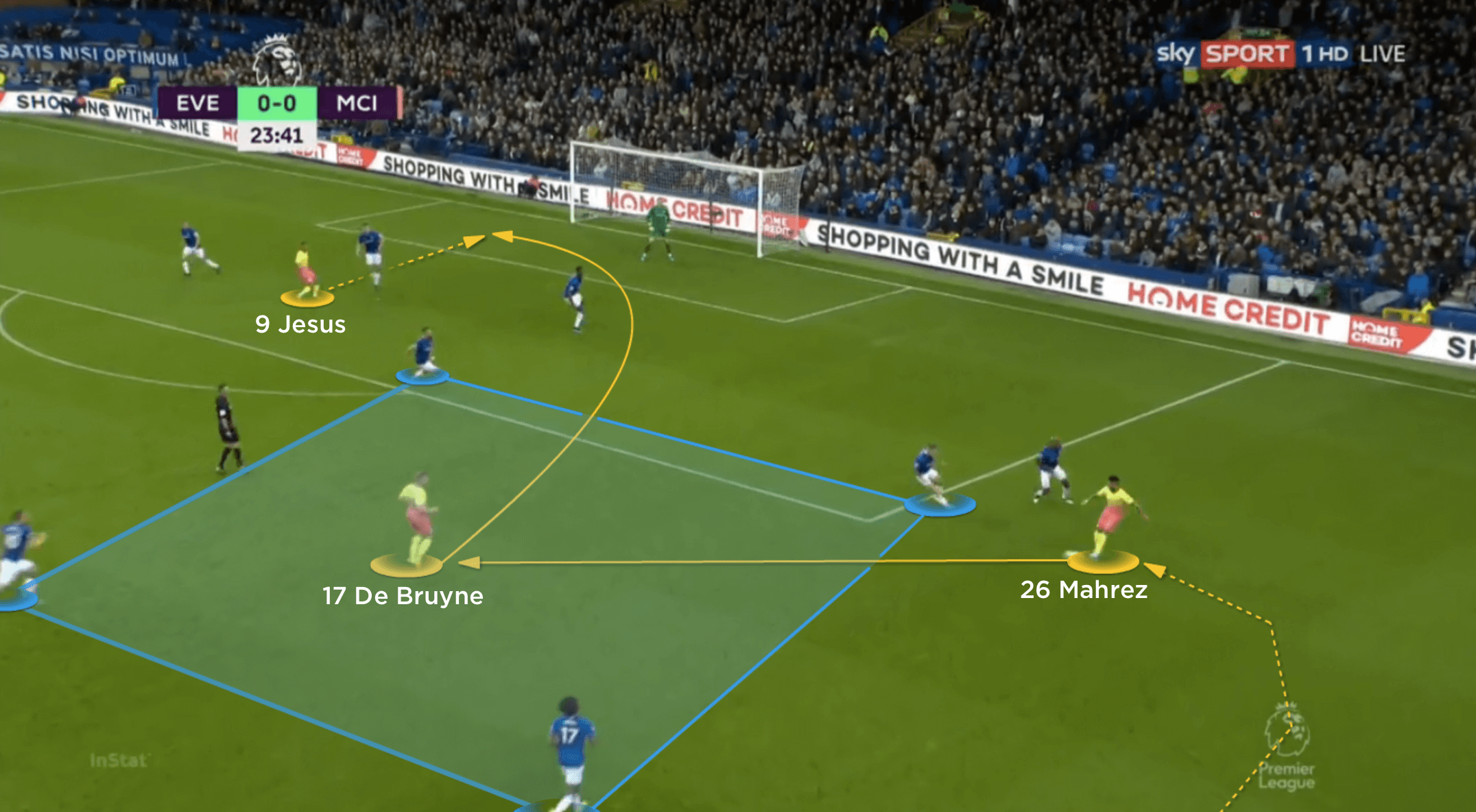 His – and therefore City’s – most effective method of attack may even be his crosses from narrower positions. When they attack with runners around a defensive block, De Bruyne remains back to provide an option for backwards passes from an advanced position on the right. He intentionally positions himself the maximum possible distance from opponents, meaning he can advance to meet those passes and deliver first-time, whipped balls into far-side runners with pace and accuracy.

De Bruyne ended 2019/20 with seven more assists than any other player and over double those of every rival, Liverpool’s Trent Alexander-Arnold and Andy Robertson excluded. City not winning a third successive title ultimately had little to do with his output. 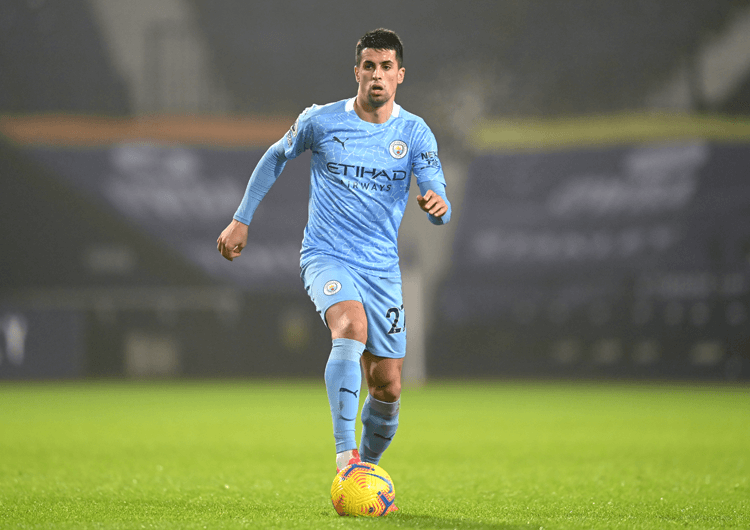 João Cancelo has been handed a fascinating role in Pep Guardiola’s resurgent Manchester City. Our professional coaches look at what that role entails 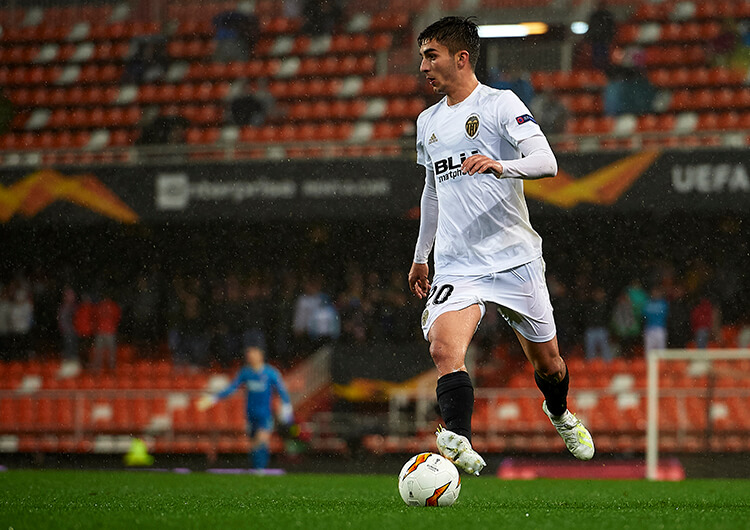 Ferran Torres’ emergence at Valencia means he is widely considered one of La Liga’s most exciting players. Our professional coaches analyse why