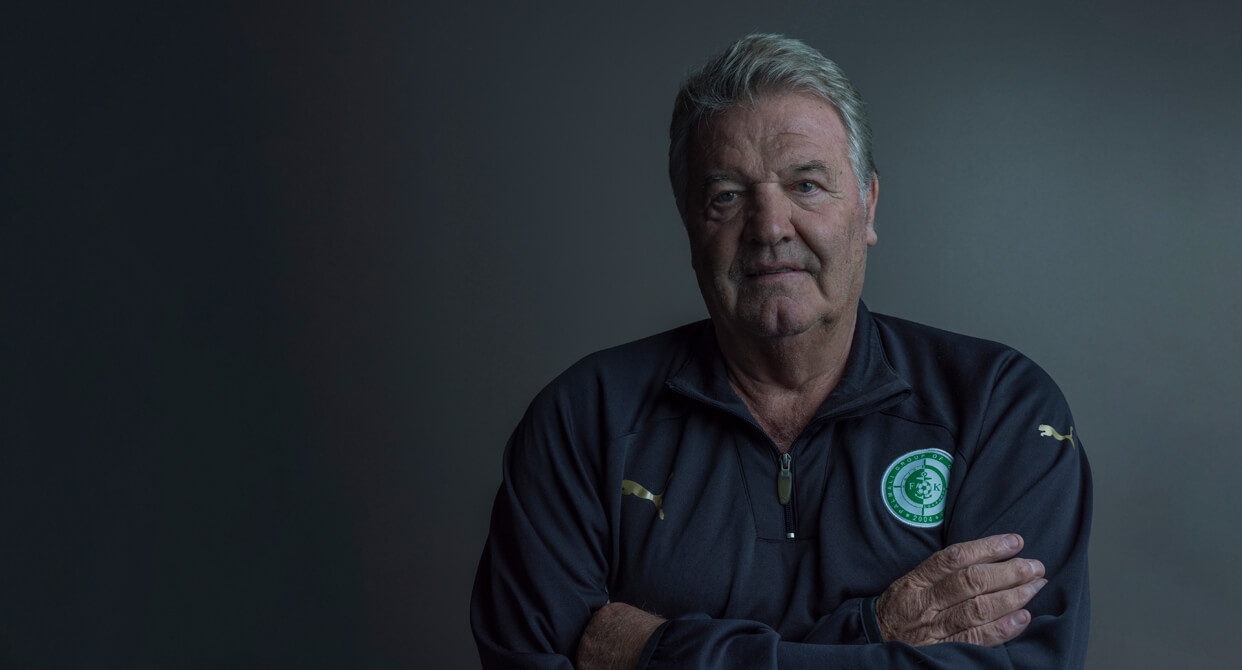 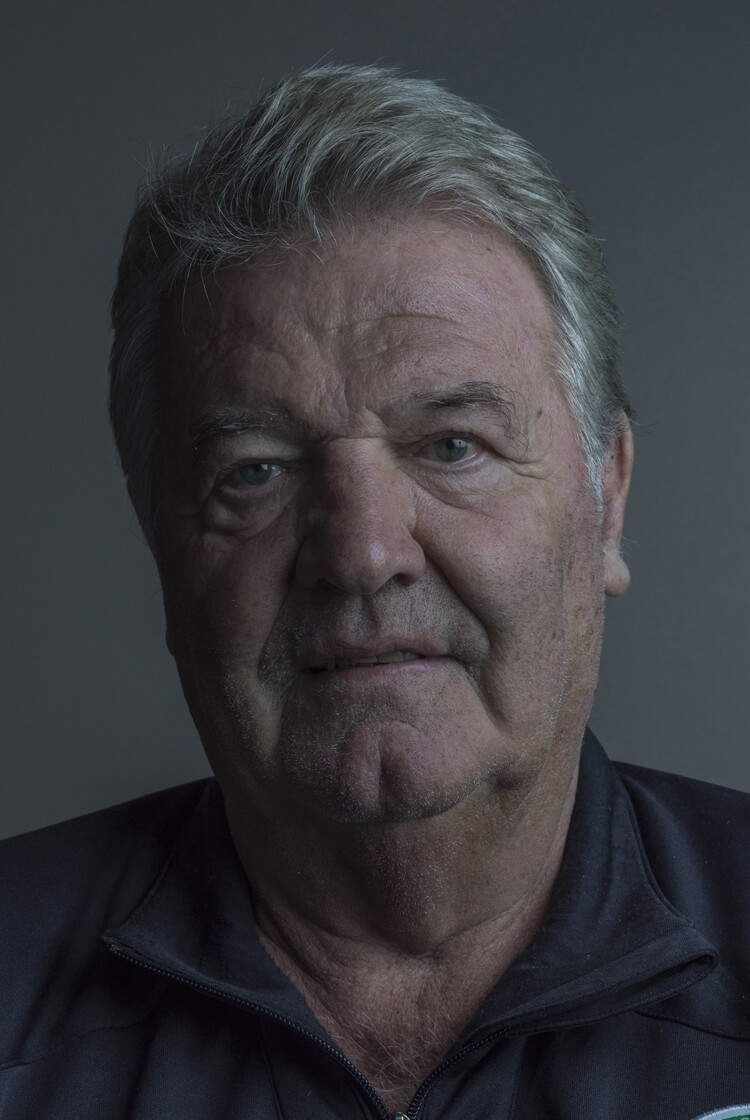 For almost a month after I left Swansea, I couldn’t get out of bed in the morning.

I was a young man of 35, but the job had taken it out of me. I was tired. Exhausted by the upheaval and the disappointments.

My first few years as a manager there had been so fantastic. How had everything gone so wrong? Where did I go from here?

The words of my former manager at Liverpool, Bill Shankly, rung loudly in my ears.

He was right. I had to give it another go. If football had taught me anything it was never to give up at the first hurdle.

As a young lad I’d never really thought of anything apart from football. In fact, by the time I was nine, I’d already played for my school’s Under-11 side. Finding my way into the professional game proved a little bit tougher, though.

As a 15-year-old, I had trials at Tottenham and Leeds – but I was told I didn’t come up to the level they required. It knocked me back. I decided to stay where I was in Cardiff, do an extra year at grammar school and sign for my hometown club Cardiff City as a semi-professional.

After that, things moved fast. Once I’d made my debut at 16, becoming the youngest Cardiff City player to appear in a senior match, that was it. I was off and running.

It was five years before I left Cardiff City. I’d had a big offer from Bobby Robson’s Fulham a couple of years earlier, but I was still young and I wasn’t sure that going up to London was right for me. Besides, at that time, Cardiff were winning Welsh Cups and qualifying for Europe, so every year I was gaining valuable European experience.

It was about 18 months later that I got the call from Liverpool. Bill Shankly’s Liverpool. Of course, that was too good an opportunity to turn down.

I travelled up there with my wife Sue (below). We were due to fly but all the flights were cancelled because of bad weather. So we got a train up to Crewe, then another one on to Liverpool Lime Street.

It was there, as we stepped off the train, that I got my first look at Bill Shankly in the flesh. Standing on the platform in his classic, James Cagney stance – thumbs hooked in his pockets, with his trilby on – he offered me a firm handshake.

At the Lord Nelson Hotel, where Shanks promised “a fillet steak like you’ve never eaten before”, we talked football and sorted out all the details.

When I first went up there, I didn’t drive a car. But as soon as I passed my test I bought a big, bright red Maxi, as they were called then. Shanks loved it.

“Jesus Christ, what a car son. Look at the colour of the car, Bob. What a car that is.”

Along with scoring my first Liverpool goal in a derby against Everton, I think it was the red Maxi that really put me in Shanks’ good books.

As a young player, I hung off every word he said.

He had Bob Paisley and Joe Fagan alongside him in those early years, but Shanks was the one who was enthusiastic all the time. Bob was the quieter one. I always thought that if you could talk like Shanks and think like Bob, then you had it made.

It took a few years, though, before I started to think about following their pathway into coaching.

I’d had a taste of it early on in my career, when I’d gone on a preliminary badge coaching course while I was at Cardiff. The thing that stuck with me most from those 12 Thursday night sessions was that John Charles – who for me, was the greatest thing I’d ever seen – was on that course as well.

Well, John failed the exam. And that put me off coaching a little bit.

But then I developed a problem.

In 1974 I had a medical to sign for Leicester City and because of a muscle injury I failed it. As a 25-year-old with a family to look after, hearing a specialist say that I might only have a year left of my playing career was a big blow.

I went back to Liverpool, but it was a difficult time for me there. Bob Paisley had taken over from Shanks and I had the feeling that he wasn’t 100 per cent with me. Fortunately, I still had 18 months left on my contract, so I made it work. I did more specialised training; went down to the swimming pool a few times a week; focused on shorter, sharper sessions. That way, I was able to turn things around and play on for some considerable time.

“When I look back at the type of manager I was then, I recognise the habits that I’d picked up at Liverpool”

But that period got me thinking about the game a lot more. I started to appreciate things that maybe some other players took for granted. I started to think about management.

My time at Liverpool came to an end when they agreed to sell me to Anderlecht for £80,000. I went over there, did the medical and, just like Leicester had done, they turned down the deal.

Liverpool were going to struggle to get any money for me if I couldn’t pass a medical. So I asked if they’d let me go for free. That way I could go down to the lower divisions and see if I could get a role as a player-coach somewhere.

Cardiff was my first thought, but they didn’t fancy the idea. I think the Cardiff manager Jimmy Andrews was a bit too concerned for his own future.

In the end it was a chance meeting with the Swansea chairman at a sports trade fair that led to me being offered the player-manager role there. It was a chance to get back home to south Wales, and to learn my trade as a coach.

I just went bang, straight into it. At the age of 29, I was the youngest manager in the Football League.

Swansea City were in the Fourth Division back then, and playing at the Vetch Field – a far different place to the Liberty Stadium of today. But I think going in down at the lower divisions is the best way to learn. I could still play, particularly at that level, and it was a super grounding for me as a coach.

We went through the leagues so quickly that a couple of years later I more or less decided not to play. After my first full season, though, I had received a call from the Wales manager Mike Smith, asking if I’d come back and play for Wales in the British Home Championship.

I was playing up front with Robbie James and Alan Curtis – two Swansea lads – and in our first game we beat Scotland 3-0. I scored a hat-trick.

Alan Hansen, Kenny Dalglish and Graeme Souness – three Liverpool players I’d left behind less than two years before – were all in that Scotland team. For obvious reasons, it’s one of the most satisfying days of my football life.

A few years later came another one.

May 2 1981: after three promotions in four years, Swansea City had reached the First Division for the first time in the club’s history.

“It was a big decision to move abroad, but I believed in myself”

When I look back at the type of manager I was then, I recognise the habits that I’d picked up at Liverpool. In the Boot Room at Anfield (below), I’d watched Joe Fagan, Ronnie Moran and Roy Evans keep notes every day of the training sessions they’d done. I did the same.

I can tell you exactly what we did on November 22 1987 in San Sebastian. Or on March 8 1989 in Madrid – it’s all written down in books I’ve got at home. As the years go by, it’s interesting to go back and look over those notes.

I always went back to what Shanks always said to me: “You’ve got the recipe son, now go away and use it.”

That’s what I’d been determined to do.

But towards the end of my time at Swansea, things had become really difficult. I could feel it building up and building up – at times like that, you don’t work as well as you’ve done previously. You can’t.

I don’t like to talk about bad luck, but we did have an awful lot of it at that particular time. We lost a few of our top players to serious injuries and the club had financial issues. We were under a transfer embargo, so we were pushing young lads into situations they weren’t ready for. I just felt as though the whole world was coming in on top of us.

It was a very difficult time. When it was over, as I said earlier, I was exhausted. The upheaval, the disappointments. The constantly asking myself, how had it all gone so wrong?

For almost a month after I left, I couldn’t get out of bed in the morning.

But with time, things got a bit easier. Life started to move on, and that helped me to do the same. I got job offers from clubs like Manchester City and Southampton, but nothing that felt quite right.

I didn’t know exactly what I was waiting for, until the moment I got the call from Sporting Lisbon.

It was a chance to manage abroad. To do something different.

It was a big decision to move out there, but I believed in myself, and I believed in the recipe that Shanks, Bob and the others in the Boot Room had given me.

It had taken me and Swansea City from the Fourth Division to the First. Now I wanted to see what it could help me achieve somewhere new: at one of the biggest clubs in Portugal.

It was time to test the recipe.

Toshack’s Way: My Journey Through Football is published by deCoubertin books