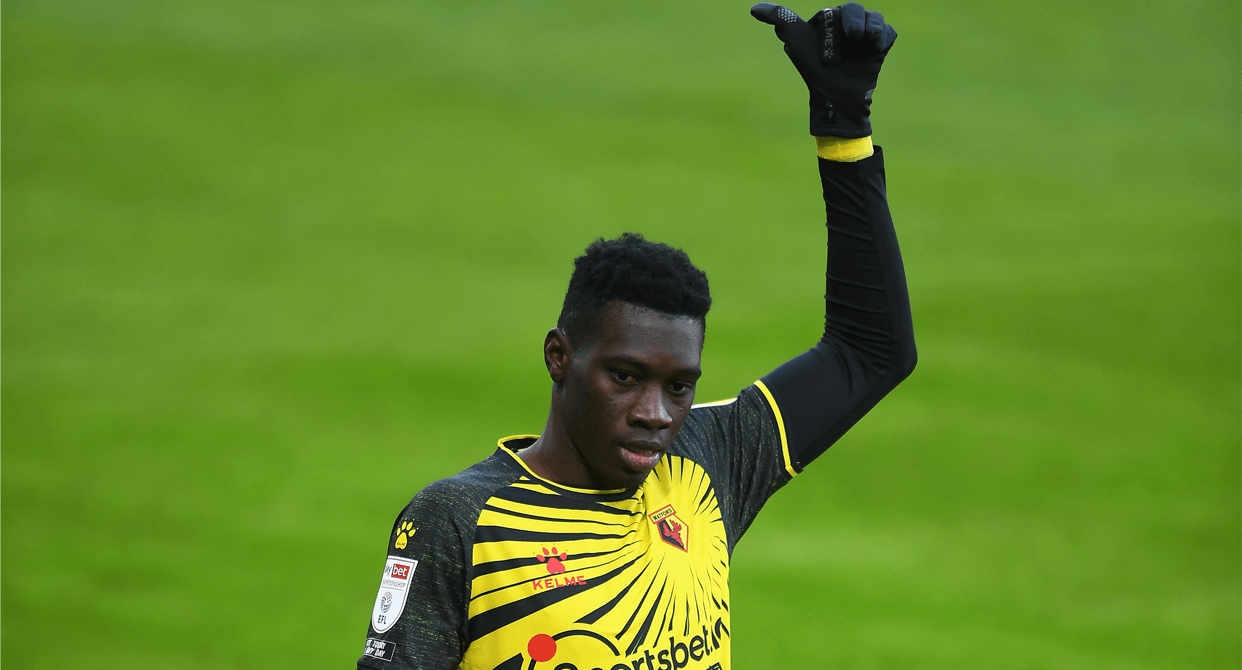 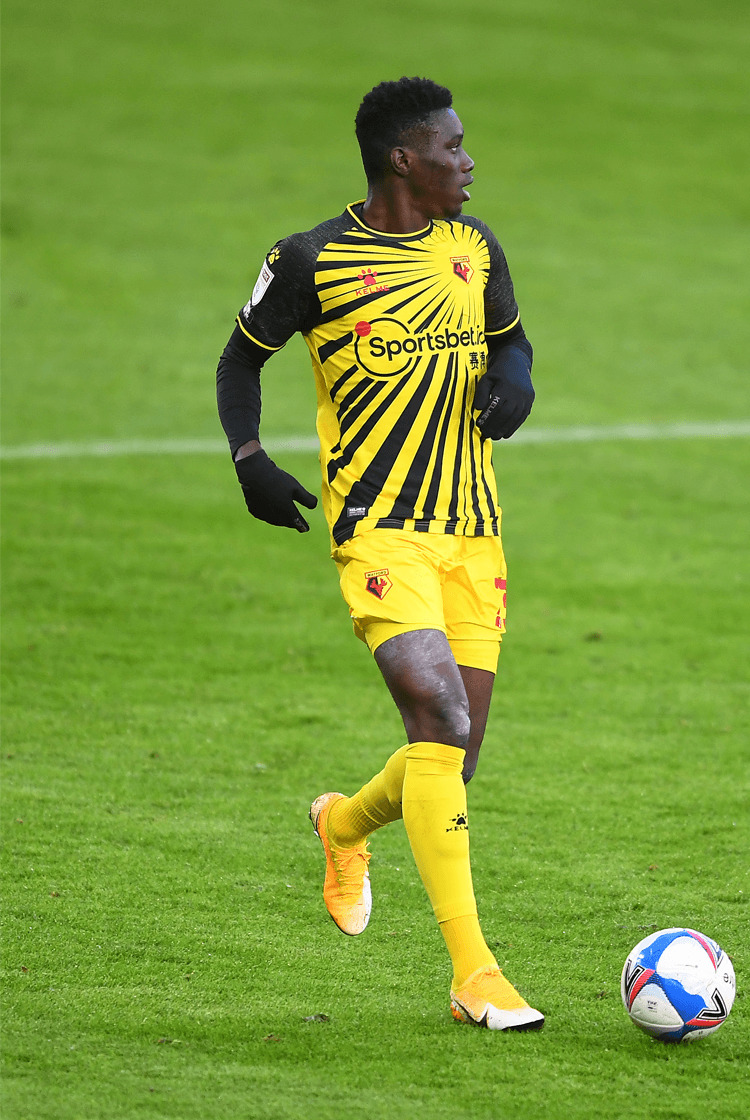 Profile
There is value to be found in players relegated from the Premier League. As, in recent times, Liverpool showed with Georginio Wijnaldum and Andy Robertson, Leicester with Harry Maguire and Newcastle with Callum Wilson, a quality player can be found among the Premier League’s bottom three.

The quality of the teams relegated – and the football they played – was higher than ever in 2019/20, not least in a Watford team that scored almost as many goals as the ninth-placed Sheffield United. Ismaïla Sarr had an impressive debut season on the right side of their attack – his five goals and four assists made him the second highest Watford player in both columns.

Tactical analysis
It is increasingly the case that wide forwards play on their opposite wing – that is, on the opposite side to their stronger foot – so that they can cut in and provide a direct threat on goal rather than going around the outside to cross. Mo Salah, Wilfried Zaha, Marcus Rashford, Son Heung-min, Raheem Sterling, Pierre-Emerick Aubameyang and Eden Hazard, to name a few. Modern wide players are increasingly more like inside forwards than traditional wingers.

Sarr is therefore unusual in that he is a right-footed winger who plays on the right. He manoeuvres himself intelligently to beat opponents and use his huge stride and devastating pace to run diagonally towards goal and provide more of an immediate and direct threat on goal than a winger who remains wide and looks to cross into the penalty area.

A Senegal international signed from Rennes in the summer of 2019, Sarr gets in behind opponents with remarkable consistency. Through playing on his ‘natural’ side he is comfortable retaining his team’s width, so he can help attack asymmetrically while a right-footed left-winger – such as Gerard Deulofeu at Watford – is more inclined to move infield.

Sarr progresses beyond opposing defences via two favoured methods – either by timing runs to meet passes from teammates (below) or by taking heavy touches beyond a defender when one-on-one. He frequently looks on the verge of losing possession with one of those heavy touches, but his acceleration and the size of his stride means he can deceive his opponent and get to the ball first. He can therefore draw a defender towards him with what looks too heavy a touch but still retain the ball and skip past his opponent who has committed too early. He is also good at combining with nearby teammates with short passes before seeking a return pass to run on to, behind the opposing full-back.

The big touches Sarr takes (below) are not examples of poor control, but rather calculated attempts to draw an unwitting opponent in. His close control can be brilliant, so when he receives in a tight space he can quickly control the ball, and because defenders know what a threat he is if he has space to run into, they are reluctant to get too close to him in case he skips away from them with a quick pass before demanding a return ball or by dribbling past his direct opponent.

He has made occasional appearances as a centre-forward, a position from which he is a consistent threat in behind, but his finishing and composure both need to improve. Both will, with age and experience, but so far he can be guilty of rushing his shots. He would suit a team playing with a high press, because he is effective and intelligent with his positioning when out of possession. On numerous occasions at Watford he has forced a defender into a rushed decision and a mistake.

Role for Watford
Sarr’s main threat comes on the counter, because he can carry the ball at pace and glances up between touches to survey his surroundings and build an idea of the picture around him. Him doing so was useful for a team that spent long periods of 2019/20 out of possession, and often at its most dangerous on the break.

At the moment of a transition, Sarr reacts, and his teammates know that if he has space to run into he will often beat a defender to the ball. Watford's midfielders, Will Hughes among them, will therefore often play round-the-corner passes into the right channel for Sarr to chase.

Once he finds space on the wing, Sarr looks to open enough of a gap between himself and any defender so that he can get his body between his opponent and the ball. The point at which that happens is the moment at which there is no chance of recovery for the defender. If he is unable to forge a direct path to goal, Sarr will try and get into a position from which he can put a low ball across goal for a teammate to attack. He could, however, makes his deliveries from those positions a little more targeted – he tends to put the ball into a dangerous area rather than aiming for a particular teammate, and doing so can lead to moves breaking down.

Counter-attacking opportunities are likely to be less frequent in the Championship – or, indeed, if he moves to one of the Premier League’s bigger clubs – but Sarr is also adept at standing his opponent up and whipping a ball into the space behind an opposing defence for a forward to attack (above).

In the way that many wide midfielders lacking the pace to beat an opponent are able to bend a cross around the outstretched foot of a defender but with enough curl to ensure it stays away from the goalkeeper, Sarr is able to send a cross into the area without the space to dribble past his opponent. He, regardless, needs space to counter into to be at his very best.

Sarr remains in his early 20s and will undoubtedly improve further. He is already among the best players in the Championship.