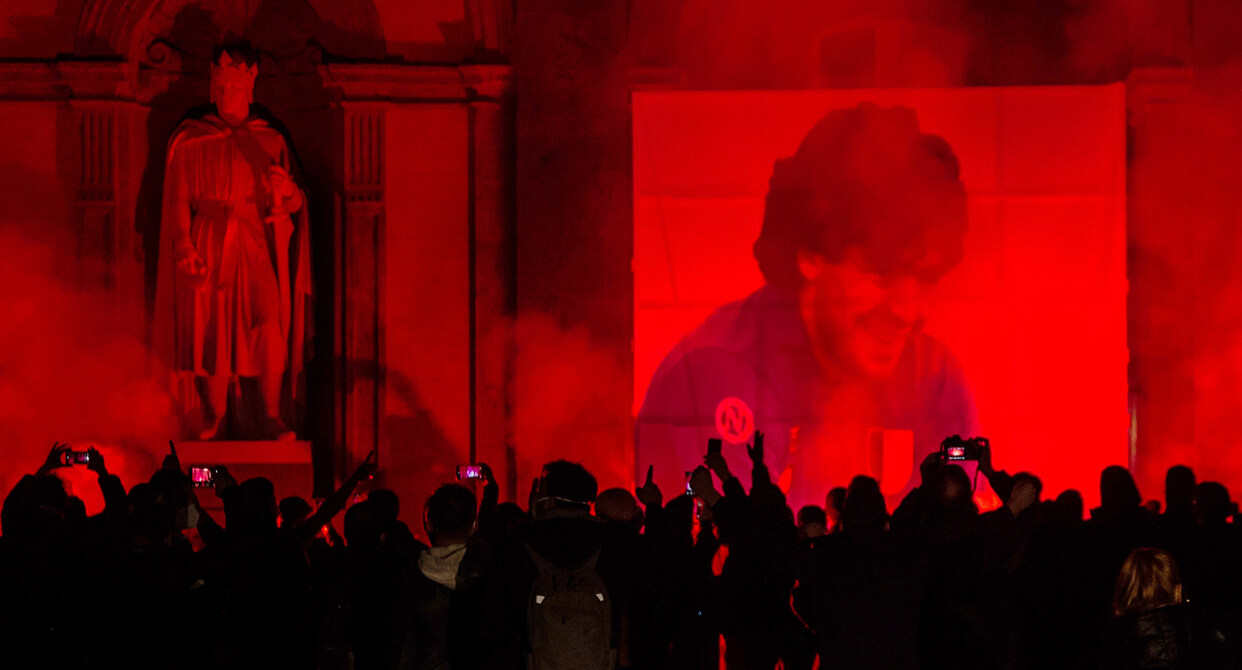 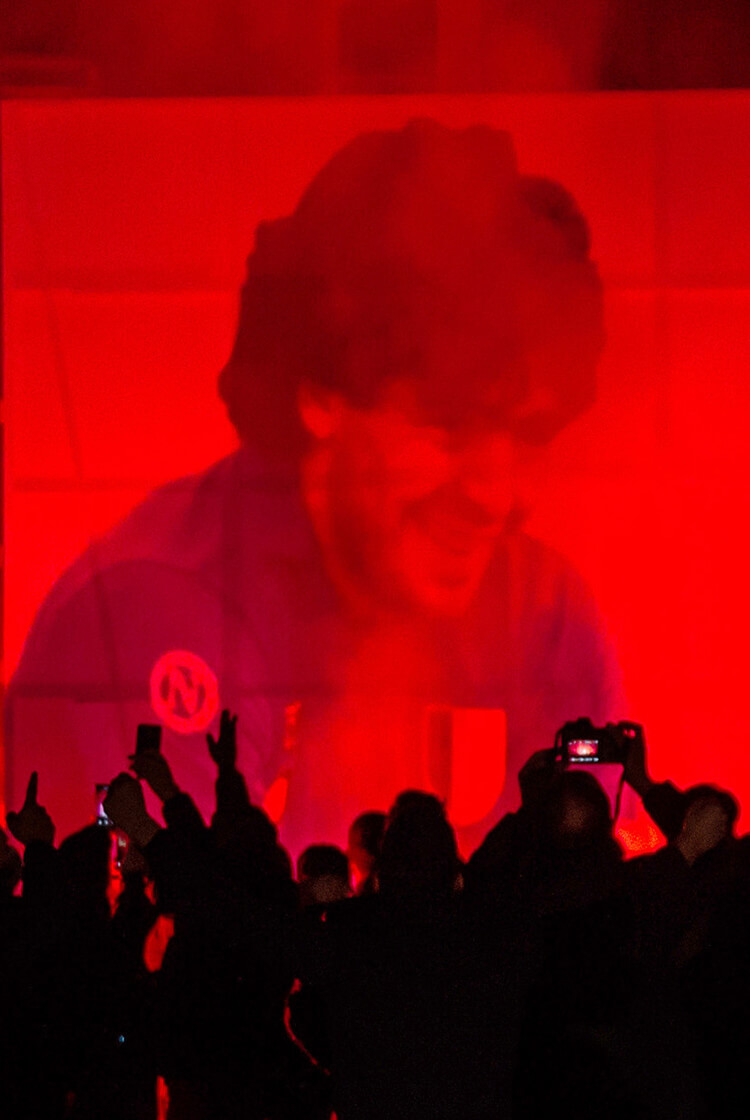 The Football Year in Images: Part 4

The Football Year in Images: Part 4

And so we come to the final part of our trawl through the footballing year in images.

The final three months of 2020 have witnessed more sad farewells to past greats of the sport alongside yet more staggering achievements from the modern-day greats and some crazy scorelines thrown in for good measure. Here's to whatever 2021 brings us, both on and off the pitch.

Seven up
Champions Liverpool had started the Premier League season with three wins from three – against Leeds, Chelsea and Arsenal – before arriving at Villa Park on the first Sunday of October. Their previous away fixture had been a League Cup tie at Lincoln, which they had won 7-2. The scoreline was, remarkably, repeated – but in the opposite direction, as Jack Grealish, Ross Barkley and Ollie Watkins ran joyous riot over the much vaunted Liverpool defence led by Virgil van Dijk. It was the first time they had conceded seven in a game since April 1963.

Slow start
Ronald Koeman was part of one of the great Barcelona teams as a player, winning four Liga titles and, in 1992, scoring the goal that earned the club their first European Cup win. The Dutchman was not a universally popular choice to succeed Quique Setién as Barca head coach in the summer, however, and an uneasy start didn't get any better when facing Real Madrid in his first Clásico in charge. Koeman bemoaned the interventions of VAR in his team's 3-1 loss, but the defeat left them in the bottom half of the table after five games. It has got a little better since, but Koeman and co will start 2021 only in sixth, 10 points adrift of leaders Atlético Madrid.

VVV-Very bad result
Better times for one of Koeman's other old clubs in October. Three days after losing at home to Liverpool in the Champions League, Ajax travelled to face mid-table team VVV-Venlo and racked up a monster score that went down as the biggest win in Eredivisie history. The VVV-victims did have a man sent off early in the second half, but that didn't really explain how they managed to concede 13 goals. Teenager Lassina Traore was the chief beneficiary, scoring five – but there were also two for Klaas-Jan Huntelaar, who is somehow still only 37.

Half-century
From a prolific Dutch team to a prolific Dutch striker. Vivianne Miedema is the undoubted star of the Women's Super League. The Arsenal forward scored a hat-trick in a 6-1 win against local rivals Tottenham in October – a good day was made even better as her goals meant her becoming the first player to score 50 in the WSL. Aged 24, she should also become the first to reach 100.

Death of a destroyer
Nobby Stiles, who died in October at the age of 78, is often most remembered for dancing around the Wembley pitch with the Jules Rimet Trophy after England's 1966 World Cup victory. As a footballer for both Manchester United and England, he was a tough-tackling, relentless midfielder who did the unfashionable work that allowed more talented teammates – notably Bobby Charlton – to create havoc further forward. Having suffered from advanced dementia for some years, Stiles' death came as no shock – but it shone a light once more on the enduring, head-related health problems suffered by footballers of his generation. Poignantly, it was revealed only two days later that Charlton, his great friend and teammate – one of only four survivors of the World Cup-winning XI – is also suffering with dementia.

El Pibe de Oro
The nickname Golden Boy doesn't even really come close to telling the whole story of Diego Maradona. Thankfully, the superb 2019 film directed by Asif Kapadia does it beautifully – and that documentary, featuring the very man's own voice at length, carries extra poignancy after Maradona's death in November at the age of 60. His passing – at once both entirely unsurprising and a total shock – sent football fans into mourning across the globe. His native Argentina and the southern Italian city of Naples – where Maradona carried unfashionable Napoli to their only two Serie A titles – led the way, with mourners coming out in their thousands to pay their respects to a man many believe the greatest footballer who ever lived.

Number 1
Liverpool was also a club in mourning in November, as the man voted their greatest ever goalkeeper passed away at the age of 72. Ray Clemence made more than 650 appearances for them in a 14-year stay at Anfield. He won five league titles, one FA Cup, one League Cup, three European Cups, two UEFA Cups and one European Super Cup. He also played 61 times for England, and in his first season after leaving Liverpool won another FA Cup with Tottenham. A great goalkeeper, and a great man.

The Wardrobe
The giant Papa Bouba Diop was another sad loss in November, passing away at the desperately young age of 42 after reportedly suffering with motor neurone disease. Diop was given his nickname while playing in England, where he represented Fulham, Portsmouth, West Ham and Birmingham. He will perhaps best be remembered, however, for scoring the first goal of the 2002 World Cup – his strike secured a shock 1-0 win for Senegal over defending champions France in their very first World Cup finals match. They would eventually reach the quarter finals, where they fell to a golden goal for Turkey.

Bravehearts
November was a significantly happier month for Scottish football fans, who after more than two decades away from major tournaments could celebrate their team's dramatic qualification for Euro 2020. Scotland found themselves one game away from qualifying after a penalty shootout win over Israel in October, and had to repeat the feat in Serbia after conceding a 90th-minute equaliser scored by Real Madrid striker Luka Jovic. They held their nerve once more, however, and pandemonium ensued when David Marshall saved from Aleksandar Mitrovic. The Scots, at their first major tournament since the 1998 World Cup, face Croatia, the Czech Republic and, of course, England.

Blue moon rising
The 50th Women's FA Cup final brought together the blue halves of Manchester and Liverpool, but it was Manchester City who got the better of Everton at a still-empty Wembley Stadium. Extra-time was required when the score stood at 1-1 after 90 minutes, but England forward Georgia Stanway and Canadian striker Janine Beckie delivered to secure City's third FA Cup win in the past four years.

Coming home
Empty stadiums under lights have become an all too common sight across football in 2020, but for AFC Wimbledon this view will remain nothing other than beautiful for as long as it lasts. The club returned home to Plough Lane in November, their new stadium opening almost 30 years since they left their original site to ground-share with Crystal Palace. Their first fixture back ended in a 2-2 draw with Doncaster, but it was fitting that a Wimbledon player – forward Joe Piggott – scored the very first goal at their new stadium.

Die mannschafted
Joachim Löw does not look happy, and we're not surprised. The Germany head coach has been in charge of the national team for 14 years, during which he has led them to their fourth World Cup win. But neither he nor the national team had ever suffered a bigger competitive defeat than the 6-0 drubbing they took at the hands of Luis Enrique's Spain in November. Manchester City forward Ferran Torres was their tormenter-in-chief, scoring a hat-trick, but the reality is that it could have been more than six – Löw will enter 2021 as a man under pressure.

Un homme de football
Gérard Houllier had a few different lives in his career as a football coach. With France he was the head coach who failed to qualify for the 1994 World Cup but the technical director who put in place the system that produced a number of the players who won the 1998 World Cup and Euro 2000. With Liverpool he was the first overseas manager who failed to make it work with Roy Evans, but the coach who nurtured the talents of Michael Owen, Steven Gerrard and Jamie Carragher on the way to an unprecedented cup treble in 2001. Then, back in France with Lyon, he was the manager who won his second and third league titles two decades after opening his account with Paris Saint-Germain. In each of those lives, though, he was a coach with a passion for the game and for his players. He died in December, at the age of 73.

Heroes never die
So reads the tribute in the image above, paid to Paolo Rossi on news of his death at the age of 64. The Italian forward could tell a tale or two about redemption, having returned from a ban for match-fixing to lead the line for Italy at the 1982 World Cup in Spain. Rossi struggled for form at first, but exploded into life with a hat-trick against Brazil in the second group stage; he followed that with both goals in a 2-0 win over Poland in the semi finals, and then opened the scoring in a final Italy would go on to win 3-1 against West Germany. He only ever scored one more competitive goal for his country, but his feats in that heady summer for Italian football will live on.

The Best
Individual awards in football aren't universally loved – they often seem to engender more debate than seems worth it – but that doesn't stop the powers that be perservering with them. So to December's awkwardly named Best FIFA Football Awards 2020, and a not-surprising German domination of the men's game – Robert Lewandowski and Manuel Neuer picked up the player and goalkeeper awards, and Jürgen Klopp took the coach's accolade. Good news for the English game on the women's side, however – Manchester City and England defender Lucy Bronze won best player, and incoming England head coach Sarina Wiegman was named best coach.

Big Sam's back
More than two and a half years after leaving his position as manager of Everton, Sam Allardyce returned to the hotseat as a replacement for the sacked Slaven Bilic at West Brom. Allardyce is 66, but has a proud record of never having been relegated from the Premier League. Bolton, Newcastle, Blackburn, West Ham, Sunderland and Crystal Palace have all remained safe under his stewardship – but in West Brom he may be facing his biggest task yet.

Goal machine
Robert Lewandowski may have beaten him into second place at the above-mentioned Best FIFA Football Awards, but Cristiano Ronaldo just doesn't stop scoring. His strike in Juventus' 3-0 win over Dynamo Kiev in the Champions League took him to a career total of 750 for club and country. He turns 36 in February, but he just keeps on going.

Another goal machine
Later in December, Lionel Messi reminded us all of what a ridiculous player he is, too, scoring his 644th goal for Barcelona in a league win over Valladolid. Not a landmark number at first sight, but it reportedly broke Pele's longstanding world record of goals for a single club. Santos have since disputed that claim, but it didn't stop Budweiser sending a beer to every single goalkeeper Messi has scored against in the colours of Barcelona. Messi is only 33, so he has time to get a few more.

Football is for the fans
At the end of a pretty dreadful year, it seems fitting to finish on an image of hope. Although the return of heavy restrictions at the end of 2020 has again meant stadiums sitting empty, there was a brief period in December when a limited number of fans were allowed back in to cheer on the teams that mean so much to them. This was at picturesque Craven Cottage, where Fulham fans cheered their team to a deserved point against Liverpool. Here's to more fans returning to more grounds in 2021. The game just isn't the same without them.