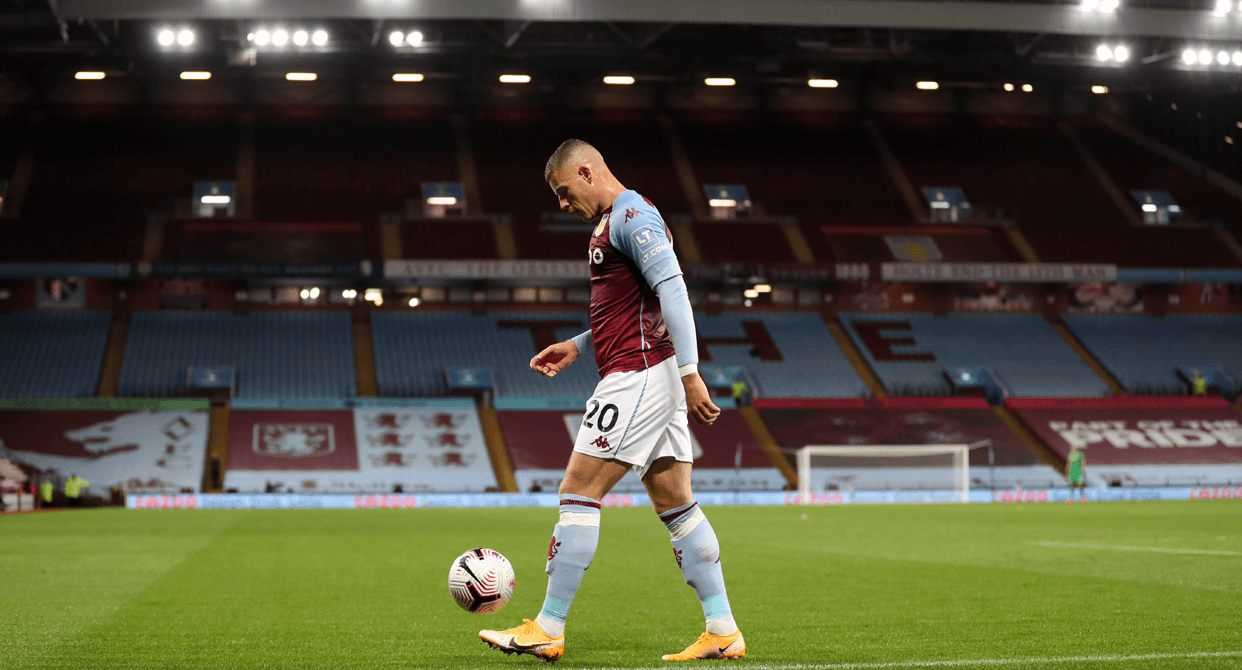 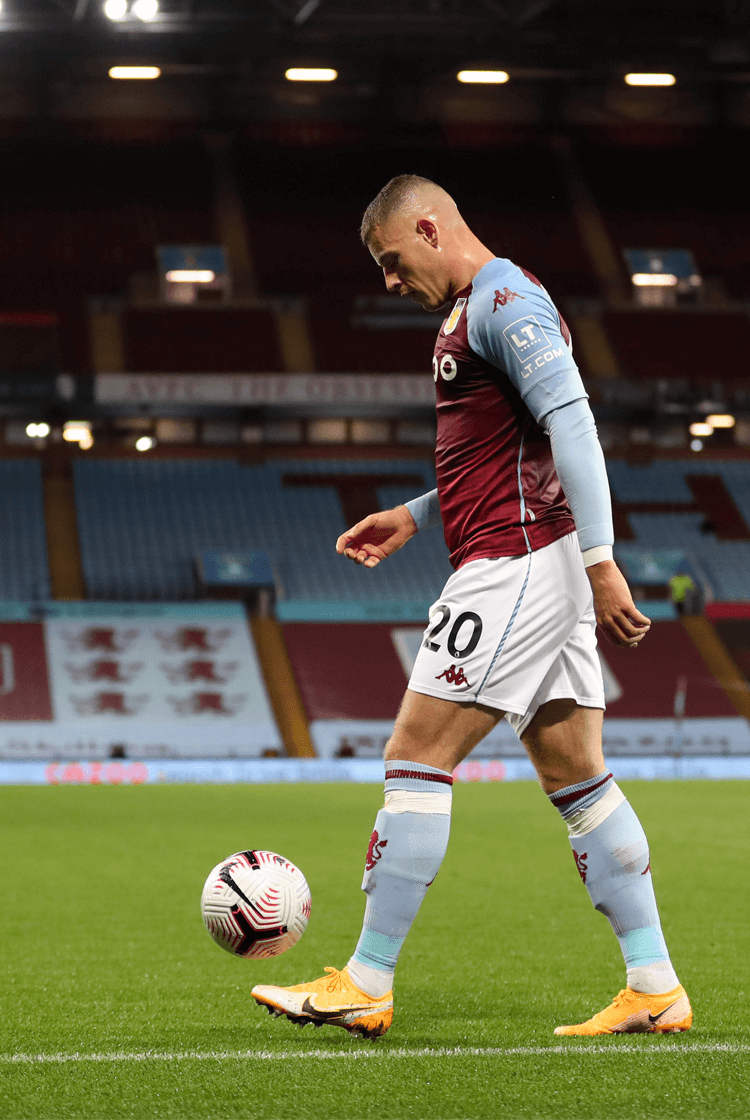 Profile
The arrival, on loan from Chelsea, of Ross Barkley for the duration of 2020/21, has perhaps done more to nurture the development of their exciting captain Jack Grealish than anything else since he became Aston Villa's most important player. In their time together they have demonstrated the extent to which they perform on a similar wavelength, complementing each other to such a degree that becoming Grealish's teammate may also revive Barkley's career after it had stalled following so promising a start at Everton.

Having narrowly resisted relegation during 2019/20, Dean Smith's team, largely because of the ability of Barkley and Grealish to combine with Ollie Watkins and John McGinn, is among the most promising and upwardly mobile outside of the Premier League's established top six. "He is an unbelievably talented player," Grealish said. "I (also) see bits of myself in him, the way he can receive the ball, run at players and thread passes."

Tactical analysis
Barkley is a particularly forward-thinking player when he is in possession. Though not necessarily the tidiest, technically, he consistently seeks to progress the ball (below) – occasionally at the expense of a fluidity that might otherwise be achieved. Whether playing a pass, or dribbing with close control or across larger distances and spaces, he also offers admirable variety, and when receiving possession regularly adjusts to what is around him.

His technique is perhaps most refined when he is striking the ball. He can powerfully shoot through it to ensure speed, whether from close range or distance, and has improved that technique to such a level that accuracy is not sacrificed. His switches of play, and longer-range passes, involve him using that same technique, and though he is effective with both feet, it is his right that is his strongest – not least when delivering whipped balls in behind defences, or aerial balls into the penalty area.

Barkley's frame is a further strength, because of the extent to which it contributes to his ability to hide and protect the ball in small spaces, and to compete and duel for possession at both the first and second phase. By using his arms and upper body, he often resists and holds off opponents until the ball can finally be released. That physicality is also a strength when a teammate is in possession and he offers forwards runs and support. Those runs are correctly timed, encouraging counter-attacks and transitions through midfield, and often invite final balls to be played in behind defences, when he is similarly capable of physically competing with his opponents; if there are times he misplaces passes or sets to those around him, his persistence means he continues to create.

When his team is forced to defend for lengthy periods, Barkley is effective at supporting through the inside channels and forcing play wide. If he lacks the acceleration demonstrated by other midfielders when they first press, he judges how to instead arrive at the ball-carrier's feet to dispossess them; where he is more limited is when required to repeatedly change direction in a small area to continue applying the desired press. It is for that reason that he is more influential from the left than the right of a midfield – he presses away from centre of the pitch, and then faces it with his stronger right foot at the moment of transition.

Role at Aston Villa
Barkley has consistently been used in a midfield three, most commonly in front of Douglas Luiz and alongside McGinn, or in front of them as a number 10 and therefore closer to their starting striker – most commonly Watkins – if they are combining to form a double pivot. His willingess to receive during the earlier stages of an attacking build-up involves him withdrawing to towards the ball to receive away from the opposing defenders or defensive midfielders.

If he is operating as Villa's number 10, he demonstrates an increased passing range, and receives possession in an increased variety of positions. His presence also has the potential to increase space infield for the influential Grealish, whether Villa's captain is seeking to dribble into those areas or moving to receive vertical passes through the inside channels. When he does so Barkley supports by making forward runs ahead of play, by joining Watkins in attacking the spaces around their opposing central defenders (below), or by drifting further to the right. That his runs are so often so well-timed also makes him capable of providing the link, via a bounce pass, to Watkins when he is out of reach of a direct pass – as is also the case during transitions.

McGinn similarly benefits from Barkley's presence. The Scot's forward runs, whether from alongside or behind Barkley, contribute to Villa's impressive attacking balance, inspiring fine victories over Liverpool, Arsenal and Leicester. McGinn contributes to those attacks with a delayed forward run, and one that adapts to the changing positions of Barkley and Grealish. If McGinn and Barkley are paired ahead of Luiz in a 4-3-3, Barkley moves deeper to take possession, attempts more forward passes, and offers fewer runs beyond Watkins and opposing defences. McGinn's presence further forwards instead means more rotations in support of Watkins.

Where Barkley proves less effective in combining with those around him in what is an increasingly promising attack is when he continues to prioritise the left inside channel when Watkins is running around the right shoulder of opposition's right-sided central defender. Watkins does so so that he can face goal with his first touch and quickly shoot with his stronger right foot, and Barkley can become less effective if he doesn't respond by attacking towards the right, though if he doesn't McGinn continues to ensure a degree of balance by supporting into the right inside channel – potentially via a delayed run. Barkley, regardless, continues to offer switches of play, shots from range, and support from behind the ball carrier, consistently attempting to ensure that the speed of their attacks is maintained.