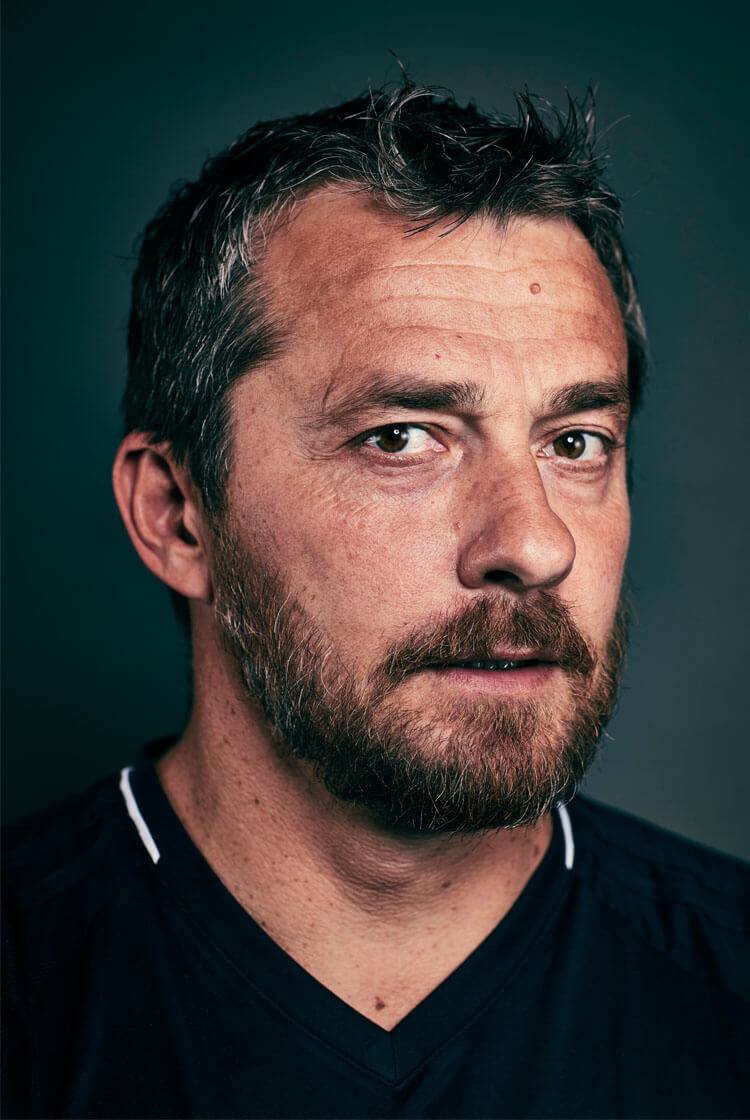 It was not the best decision I made in my life.

I realise that now. But, at the time, it felt like the right one.

I had just finished my first season as a manager. It had been a great success with my team - Partizan Belgrade – ending the season with two trophies, the SuperLiga and the Serbian Cup.

But when the Serbian Football Association chose to name me as the 'Best coach in Serbia' that year, I decided not to accept the award.

Why? Well, a few days after choosing me, they started talking like they were not sure they made the best decision. So, I decided not to accept: if you don't believe I am the best, then I don't need this award.

I was young in this moment. Now, from my position as a man of 10 years older, I realise it was not the best choice I made in my life. And that I probably didn't think in the best way. But, at the time, I believed this was the best step for myself.

I always do what feels right. This is my personality.

The next season we won the double again. This time there was no award, but I didn't care. I wasn't there to fight for personal awards. I was fighting for my club.

My feeling when I left Partizan in 2009 was that I had made enough important steps there. I didn't see it was possible to make any more, so it made no sense for me to stay. I needed to find another challenge, so that I could build my experience in this profession in a different place.

I wanted to test myself.

It's what I had always done as a player, and I wanted to do the same as a coach. I still do.

I managed clubs in Thailand and Bulgaria before I arrived in Spain in 2014. I signed the contract with Hercules on May 5, with five games of the season remaining and the team sitting at the bottom of the league table.

It was a great experience for me but, at the end, I didn't save them. Even so, they offered me the opportunity to continue working there. But it didn't feel right for me.

A few months later, I got my first job as a manager in England, with Watford. It felt like the opportunity I had been waiting for. Football in England was more competitive than anywhere I had worked before. I believed it was the best country in the world for working in this profession.

I had first-hand experience of the English game, too. The first time I came here was as a player, 18 years ago. At the time, I had been playing in Spain for seven years – at Real Oviedo, Tenerife and Deportivo la Coruna – and I was happy there. But the opportunity to play for Chelsea and get a taste of the English game I had seen and heard so much about, was too big to resist.

I can tell you now, though, that it was not an easy experience for me.

In Spain, I had become used to a different kind of football. Not only that, but it was a different style of life, too. In the beginning, I had to learn many things.

Of course, I had moved countries and changed leagues before in my playing career. I was 25 when I first left my home country, moving from Partizan Belgrade to Oviedo in Spain. But at that time, I didn't feel the difference so much. We had big teams then - Red Star Belgrade had been champions of Europe. We had big players, too: Zvonimir Boban had been at Dinamo Zagreb; Alen Boksic in Hajduk Split; Predrag Mijatovic at Partizan, too.

The competition was hard. Strong. So when I went to play in Spain, I didn't detect a big change.

By the time I moved to Chelsea, I was 32 years old and near the end of my playing career. I played for the club for two seasons and it was a tough time for me – both on and off the pitch.

"People called me crazy for leaving a team that had just been promoted. They said it must have been a difficult decision for me to go that summer. But it was not"

But tough times are often the most important ones, and this is true for me. Going through this period meant that when I came back to England as Watford manager in 2014, I knew the mentality of the people. I knew football in England. I knew what was life in England. I knew where I was.

In almost every way, this start felt like an easier one than my first experience here as a player.

Things were better on the pitch, too. After 36 games in charge of Watford, we won promotion to the Premier League. But my future did not belong there.

People called me crazy for leaving a team that had just been promoted. They said it must have been a difficult decision for me to go that summer. But it was not. I didn't believe they felt I was the right person to take Watford into the Premier League, and they didn't make enough effort for me to stay.

In this situation, my feeling was that it was better for me and for Watford too, to continue life. It wasn't complicated. As always, I went with my feeling.

But I couldn't stay away from England for long. After six months managing Maccabi Tel Aviv in Israel, I knew I wanted to find a way back.

In the beginning, it was complicated.

Fulham were 18th in the league table when I took over. You can come to a team with an idea for how you want to play, but when you arrive you have to observe what you have in your hands. Then it is not so much a question of what you want to do, but of the best way to make it through a difficult period.

I knew we had to build the style. The style before us didn't exist. This is clear.

It took time. For the first six months, we didn't find a clear way of how we were going to play. We were fighting to survive. But in my second season, we started building with a new team – with new players.

Step by step, we tried to find a clear way of playing. A way to build our style. By the end of that season, it was considered we played good football. That we had great style.

I am not so much an aesthetic man, though. I understand that in football, results are the important thing. At the end of the game, people are looking at who won, who lost or who drew.

I want to win all the points, too. But for me, it's also important that my players are satisfied. That they believe and feel that this is the right way – the way that is best for them. The way that will make it easier for them to win the game.

Some 10 years have now passed since I chose not to accept that award, and I am still learning many things as a manager.

Every day I have opportunities to improve myself. It's a process that is never going to stop. I am determined to find more success. More trophies. And if that also means another award, then I will remember my mistake of 10 years ago, shake somebody's hand and say thank you very much.

As long as it feels right, of course.