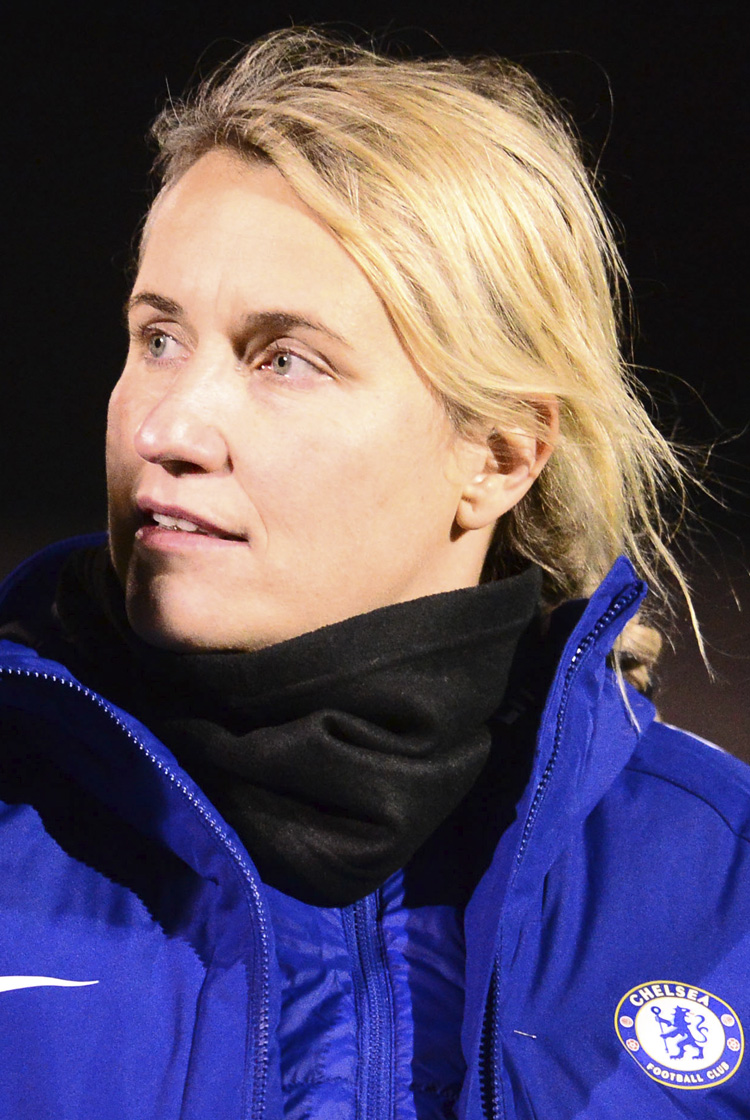 I knew the trophies would come.

It was always going to happen, because this was absolutely my calling.

I've been coaching since I was just 20 years old. At that age you think you can rule the world, and part of me was tempted to try.

I had a degree in European studies and a passion for politics. But I quickly realised there was no point pursuing a career there, because I was constantly pulled back by my love for football.

I broke my ankle when I was 17. I effectively lost my cartilage, so as much as I wanted to keep playing, it was too painful.

I can't even play casually now, but I'm doing what I should be doing. That was never going to be my calling.

I think back to school, and I always seemed to be the captain of the team. It came naturally to me to lead. I've always had a good ability to communicate with people. When you have that, it gives you a good starting point.

Of course, your playing experience helps you to understand the kinesiology of the game - what it feels like to do certain things.

But ultimately, being able to influence people to carry out instructions on a football pitch is about your ability to connect with them. I always had a natural ability to do that.

It's about life skills, too. My father was self-employed and I worked for his various businesses, from selling theatre tickets to running a bakery in Covent Garden.

A lot of those jobs involved learning how to sell something, and that's a big part of the job of a coach. You have to get players to buy into what you're trying to do.

I took my coaching badges over the course of my career. If I'd become merely a 'badge coach', I would never be equipped to do the job.

Coaching qualifications don't teach you how to deal with people and handle the real challenges that go on day to day.

It's something I say now to young coaches: "You can't buy it."

I was hell-bent on reaching the top as quickly as I could, but I remember one very good coaching friend of mine saying to me: "Don't skip any steps."

"Of course there were nerves. But the most important thing was that the players didn't see it"

My experiences meant that by the time Chelsea reached the 2015 Women's FA Cup final, I was prepared.

I'd been coaching since I was 20. I'd already won trophies in America, experienced being sacked and come within touching distance of wining the FAWSL here in England.

It was a special game. A chance to win my first trophy as Chelsea manager and the team's first major piece of silverware.

It was also the first women's final to be played at Wembley. A game that gave us the chance to go down in history.

There were nerves, of course there were. But the most important thing was that the players didn't see that in me. I'd deal with those emotions when I got home. That's being a leader.

In the weeks leading up to the final, we did a lot of work in the classroom on how the players would handle the day.

I gave them a scenario. You are in a pitch-black alley. You don't know what's at the end of it, but you have to walk down there. How are you going to get through it?

Confronting situations like that helped the players to believe they were prepared. No matter what happened during the game, they felt ready for it.

On the day, I wanted to give the players something special. Something to acknowledge how significant it was, just like you would on your wedding day or if you have a child.

I love my garden. It's my sanctuary. So, over time, I grew some pink roses for them.

Then, I chose a poem for them, too.

So, when they got on the bus to go to the game, I told them to put their headphones on as they normally would, then to take their time and read it. Take it all in.

It felt like the right thing to do on that day. To be a top coach, you have to be more than the Xs and Os on the grass. You have to be able to influence their minds and their hearts.

Before the game, I made them line up on the grass at Wembley, as they would for the National Anthem. And I told them something I had learned from Sir Alex Ferguson.

"The mistake a lot of teams make at this moment, is that they start waving to everyone in the crowd.

"We're not going to do that.

When we came out to do it for real, I stood with my team and looked across at our opponents, Notts County.

I saw several of their players waving and looking around. I thought of Sir Alex, and I knew exactly where the focus of my group was.

At half-time, we were 1-0 up. I got everyone into a circle with our arms around each other.

"There's one thing you have to concentrate on as your legs tire. Imagine, at the end of this game, that it's their captain walking up those stairs to lift the trophy. And you're standing at the bottom. That's all."

I wanted them to kill the game. Slow the throw-ins down. Slow the restarts. Make it difficult for them to get any momentum. If we saw it out in a drab 1-0, then so be it.

My first feeling, when the final whistle went, was simple. My players had delivered exactly the performance I had asked for.

The second feeling was relief.

The third? Katie Chapman, my captain, throwing herself on top of me. I hit the ground with such a thud that I woke with whiplash the next morning.

I'd won trophies with teams I'd managed in America, but it felt like I had to earn a different level of respect here. I felt like I needed to win one.

I always knew it would come, though. Because this was my calling.