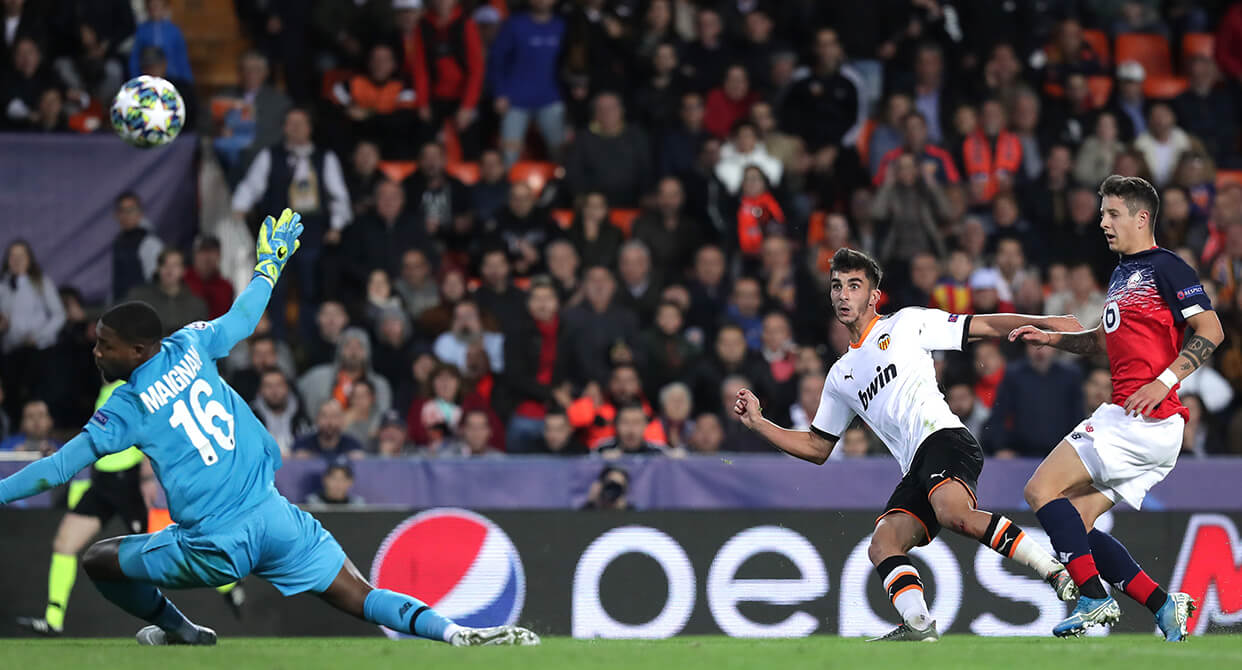 Profile
Optimism surrounding the prospects of Valencia and the Spain national team perhaps owes more to the emergence of the promising Ferran Torres than any other. The remarkable success inspired by the generation of Xavi, Andrés Iniesta and Iker Casillas is yet to again become a realistic ambition since their retirements, but in Ferran, Ansu Fati, Marco Asensio and more, the foundations of another fine team may have emerged.

“You can compare him with Vicente, although Vicente was left-footed and Ferran is right-footed,” said Curro Torres, formerly of Valencia. “They have the same profile. They work very hard, are technically very skilled, offensively very powerful, take people on one-on-one, score goals, (and) cross the ball too.”

Tactical analysis
Ferran is extremely capable in possession, and he marries that talent with a desire that means he often succeeds when contesting individual duels, both in the air and on the ground. That natural talent means that he is as comfortable on the left of a front three as he is on the right or through the middle, even if his favoured roles involve him supporting a central striker or playing from the right.

He seeks out space, often by staying wide, and then when he is in possession he either makes diagonal runs to provide a direct threat on goal and to combine with a player in a more central position, or he remains wide and attempts to isolate the opposing left-back and to attack him. When he succeeds in doing so, he regularly beats his opponent and progresses to towards the penalty area.

What makes Ferran an effective centre forward is his willingness to go looking for possession, and the extent to which him doing so stretches opposing defences and creates space for his teammates. He attempts to position himself so that he can receive the ball in the area between a central defender and full-back, most commonly with the intention of forcing one of them to move towards him, inviting him to turn towards goal, or to play a teammate into the space that that defender has just vacated.

It is when operating from towards the left of a four-strong midfield that he can become less influential. There is little to suggest, however, that that influence is unlikely to grow.

Role at Valencia
When Marcelino García Toral gave Ferran his senior debut, the-then Valencia manager wanted a player capable of helping his team transition quickly from one penalty area to the other, and with as few passes as possible. Ferran also seeks to make runs in behind opposing defences (above), and to that end complements the fine ball players – Dani Parejo is prominent among them – that they possess.

It was considered similarly valuable that Ferran can stretch play, and that his willingness to adopt wide positions increases his teammates' playing area, or contributes to him finding the space required to deliver crosses into the penalty area (below). If it was under Marcelino that he established himself; under his successor, Albert Celades, he has featured in a team that has different prioritises and roles.

Ferran is increasingly being asked to rotate positions with his teammates, and to drift from a wide starting position to find spaces between the lines, from where he tests defenders' desire to hold their shape or to advance towards him. Celades favours a more patient build-up than did Marcelino, which reduces the emphasis on the quick transitions intended to reach the opposition's penalty areas as fast as possible.

He demands his team settles into possession in the attacking half, where they circulate the ball in an attempt to find spaces they can penetrate through, and Ferran is essential while they do so. The forward willingly runs at defenders positioned in a low block, and threatens the spaces behind them (below) by making diagonal runs and testing their positional discipline with bursts of pace.

It is little secret that Luis Enrique was preparing to select Ferran for Euro 2020, before it was delayed by a year as a consequence of the coronavirus pandemic. His profile is significantly different to many of those – individuals capable of playing a quick passing game in small spaces – Spain's manager has so far favoured.

He can therefore offer a further dimension to their style of play in the final third, through making those runs into space and behind defences instead of prioritising receiving the ball to his feet. His presence can threaten an opponent's attempts to identify Spain's patterns of play, and reduce their potential predictability.