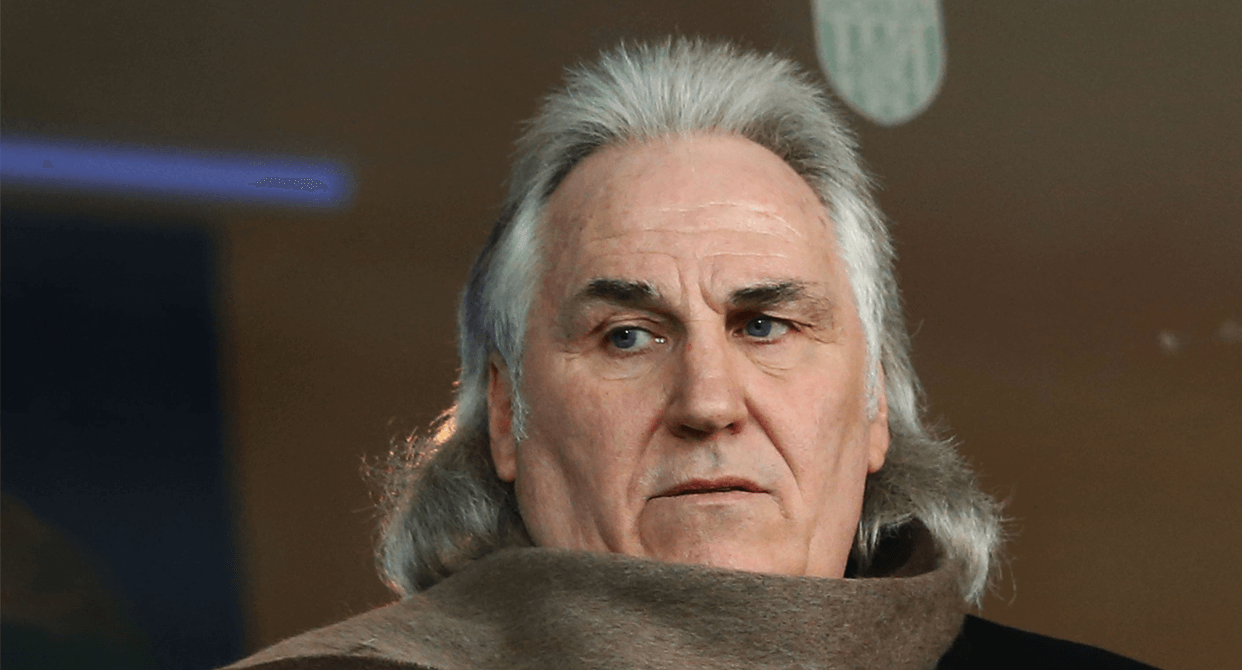 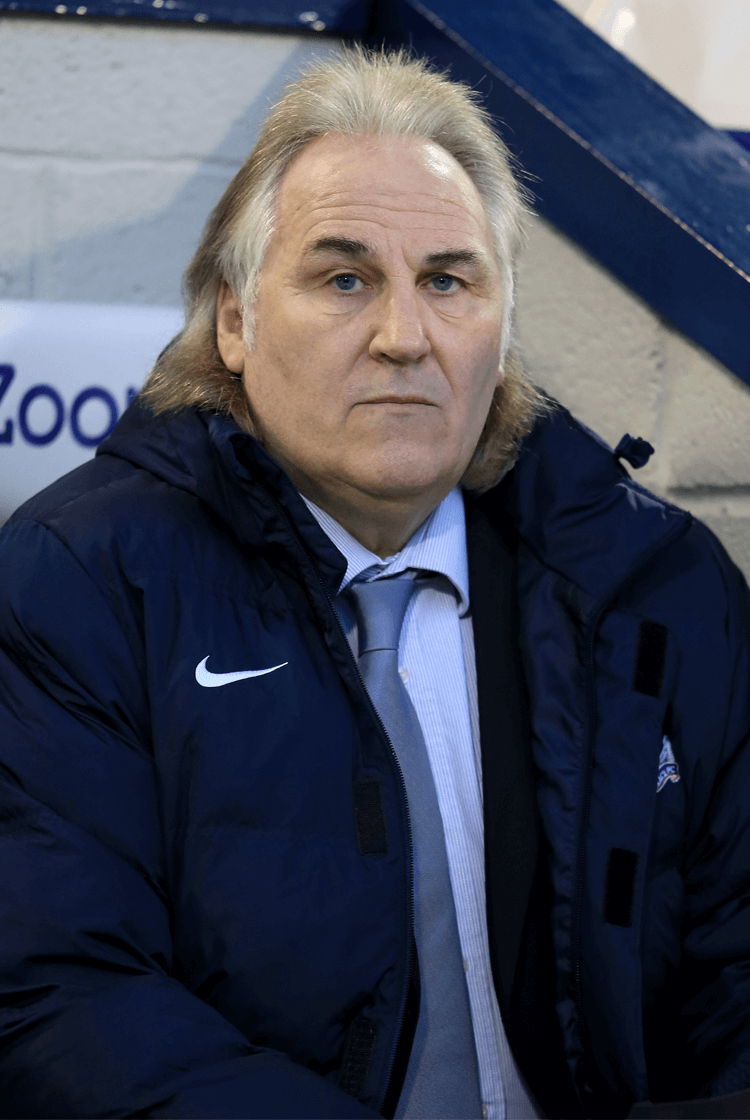 Not many people know that I was interviewed for the England manager’s job. Twice.

The first time was in 1994, when I was at QPR. I didn’t think I had enough experience to be England manager, and I told them that early on. The second time was in 1996 when I was at Tottenham. I had a long think about it that time and was encouraged to take it by Jimmy Armfield at the FA, but I decided I was enjoying life at a big club like Spurs too much.

I don’t have any regrets about my career. I don’t wish I’d got the England role on either occasion because of what I got from staying in those jobs – and, in particular, what I learned.

But that said, I did always think I’d get another chance later on. It wasn’t to be.

It was another ‘nearly moment’ in my career. Just like my first season at Spurs.

I took over in the middle of November 1994, with the team third from bottom after a points deduction. They’d only won five games from their first 13. They were scoring plenty but had conceded 26 goals already.

When I went to Spurs, I couldn’t believe they hadn’t been doing any video analysis. I’d started doing it at Bristol Rovers in 1987 – seven years earlier.

I got Spurs chairman Alan Sugar (above) above to buy me two Phillips video recorders that I set up, side by side, to record the match from high up. In those days, it wasn’t possible to get any view from the TV cameras other than the ones being shown on telly. I wanted to get the bigger picture, so we could see what was happening to the whole team in any given situation.

After the game, I’d go and get the videos and spend hours cutting it down to 20 minutes to show the players on the Monday. I’d still be up at 2am doing it every week.

It meant I could make the players accountable for their actions. They knew that we’d go over games on a Monday, and that their mistakes would be spotted. That didn’t exist before. All of a sudden, you have people trying their best just so they weren’t caught out and – crucially – they were learning so much in the process, too.

We did a lot of work on defending as a whole. I wanted individuality within a system, but once we lost the ball, we were a team again.

I’d put out markers on a tactics board and get the players to come up one at a time to show everyone where they thought they should be in relation to where the ball is at a particular time, which is obviously vitally important.

I’d look at it and say: “That’s brilliant. You all clearly know where you should be. That’s exactly what we’ve been working on.”

Then I’d turn the telly on.

“Now watch this fucking video and tell me why you weren’t doing that when they scored their second goal.”

"We went 2-0 down at Southampton in a fifth-round replay before an astonishing comeback. We drew level and then scored four goals in extra time"

Before that, there’d be arguments about who was to blame for a goal. Now, there was nowhere to hide.

Spurs hadn’t kept a single clean sheet in the 13 games before I arrived. We made no new signings, and in my first 13 games we scored more goals than before and kept six clean sheets, too. That takes some doing. The players were clearly learning, and we started to turn the season around.

We went on a great run and started climbing the table. We beat both Arsenal – who I beat almost every year I was at Tottenham – and Blackburn, who went on to win the league.

When I joined the club, they had been banned from the FA Cup and given a points deduction for financial irregularities under the previous owner. When those punishments were overturned and we were allowed into the FA Cup, everyone in the media was saying we were destined to win it.

We beat Altrincham and Sunderland in our first two FA Cup games, then went 2-0 down at Southampton in a fifth-round replay, before an astonishing comeback. We scored two goals after half-time and then four more in extra time. It was an incredible win.

Then we won at Anfield in the quarter finals (above) against a really good Liverpool side that barely lost at home all season. We were brilliant. It was one of the best performances by any of my teams in my entire career. It was starting to feel like the media might be right.

Then our luck turned.

The semi finals the season before had been at Wembley, but the FA wanted us to play ours at 11am on a Sunday at Elland Road. They agreed to push the game back by a couple of hours, but they wouldn’t let us play at Wembley.

We had a run of tough games in the weeks leading up to the semi final, and lost a lot of important players to injury. Sol Campbell and Justin Edinburgh were missing in defence. Both Gica Popescu and Darren Anderton were half-fit and played with a load of strapping on their legs.

In the game itself against Everton (below), we had a shot cleared off the line. Another hit the post. Then Ian Walker miscued a goal-kick that Everton scored from, and we couldn’t get back into the game. We lost 4-1.

It was such a shame not to have the full team out, because we’d been playing so well. I really think we would have gone on to win the final if we’d beaten Everton. That would have given the club a huge lift after so many difficulties off the pitch.

It was a nearly season all round.

I was really looking forward to the new season with the squad I had, but an eventful summer put an end to that dream.

Nicky Barmby signed a new four-year contract, and then he came to me saying his wife didn’t want to stay down south. So off he went to Middlesbrough.

Jürgen Klinsmann (below) came to me and told me he had a clause in his contract that said he was allowed to leave. Alan Sugar said it wasn’t true, and they had a big fall-out over it. Alan went on TV and said he wouldn’t even wash his car with Jürgen’s shirt. Jürgen was set on going to Bayern, and I couldn’t do anything about it.

Then Gica Popescu told me he wanted to go to Barcelona. It was massive to lose these three just before the season started.

I brought in Chris Armstrong – our only summer signing that wasn’t a free transfer, because that was all we could afford – and he and Teddy Sheringham ended up scoring more goals than Teddy and Jürgen had scored the season before.

We did well again and finished two points off fourth place – but it was so tight we came down in eighth on goal difference.

We played Newcastle on the final day, and they had to win to have any chance of winning the title. Sol, who had been marking Les Ferdinand all day, had to come off injured when we were 1-0 up. Then Les equalised from a corner in the last few minutes. Those two points we dropped would have got us into Europe.

Again, it was a season of fine margins.

Ferdinand was a player I’d always admired and had a lot of history with. I tried to sign him for Spurs on a number of occasions before I eventually got him in 1997. I’d also tried to get him back in 1988, when I was at Bristol Rovers.

"When QPR came calling, I couldn’t say no. They’d been my love for 20 years"

Before Bristol Rovers, my only managerial experience had been with Exeter City as a player-manager, at a time when I’d just finished playing. I’d never played at that level before, and I tried to coach them in the same way I’d been coached my whole career. I was probably a bit too overconfident in my ability as a coach. The team was in all sorts of trouble in the Third Division, had no money, and I thought: “I can get this team out of this league, no problem.”

I did – we got relegated in my first year!

It was the only time I ever got sacked, but I learned so much there. I went back to playing, and it took a few years before I got back into management, with Bristol Rovers.

I had a great time there, learning my trade over four years, making – and losing – the playoff final, and then the next season winning the league and getting manager of the year with a team that only cost £20,000. Half of that was my own money, spent to buy Ian Holloway! I wouldn’t advise people to do that, but it was worth it in the end.

I signed Nigel Martyn for nothing and two years later he became the first ever £1m goalkeeper. It was a real learning curve. I turned down offers to move up the leagues from West Ham and Chelsea to stay loyal to Rovers.

But when QPR came calling, I couldn’t say no. They’d been my love for 20 years.

And they had Les Ferdinand (above).

On my first day, I called him into my office. I told him I thought he could play for England.

"Again, I was having to get used to my best players being sold"

He burst out laughing.

“What the fuck are you laughing at?” I said.

I told him I thought he had all the attributes to make it and I could help him. I’d got used to working on making players better from my time at Bristol Rovers.

He was someone who needed people to believe in him. When he had that, he was almost unplayable. He went on to have a fantastic career and play for England 17 times.

The problem was, I was having to get used to my best players being sold, just like at Bristol Rovers. Paul Parker, Andy Sinton and Darren Peacock were all sold. Really important players. It meant there was a ceiling to where we could get to. They tried to hire a director of football and sell Les behind my back. That was enough for me.

"I don’t think being captain came naturally to me. I had to work hard at it"

The proudest moment of my career was when I captained England, though.

I hadn’t always been a natural leader. I had played at the highest level as a 17-year-old and got a lot of games under my belt at an early age. I played either with or against most of the 1966 World Cup-winning side under Alf Ramsey, so I got great experience.

By the time I was 22, I got talked into becoming QPR captain. I really benefited from having experienced players around me to help me learn on the job.

I always had a tactical brain, but I don’t think being captain came naturally to me. I had to work hard at it. That helped me a lot when I eventually went into coaching and management.

I ended up managing in all four divisions, and spent 17 years working in the Premier League as a manager or coach.

On top of captaining England, that’s a career I’m extremely pleased with.

Gerry Francis' book, The Team That Dared To Do, is available here