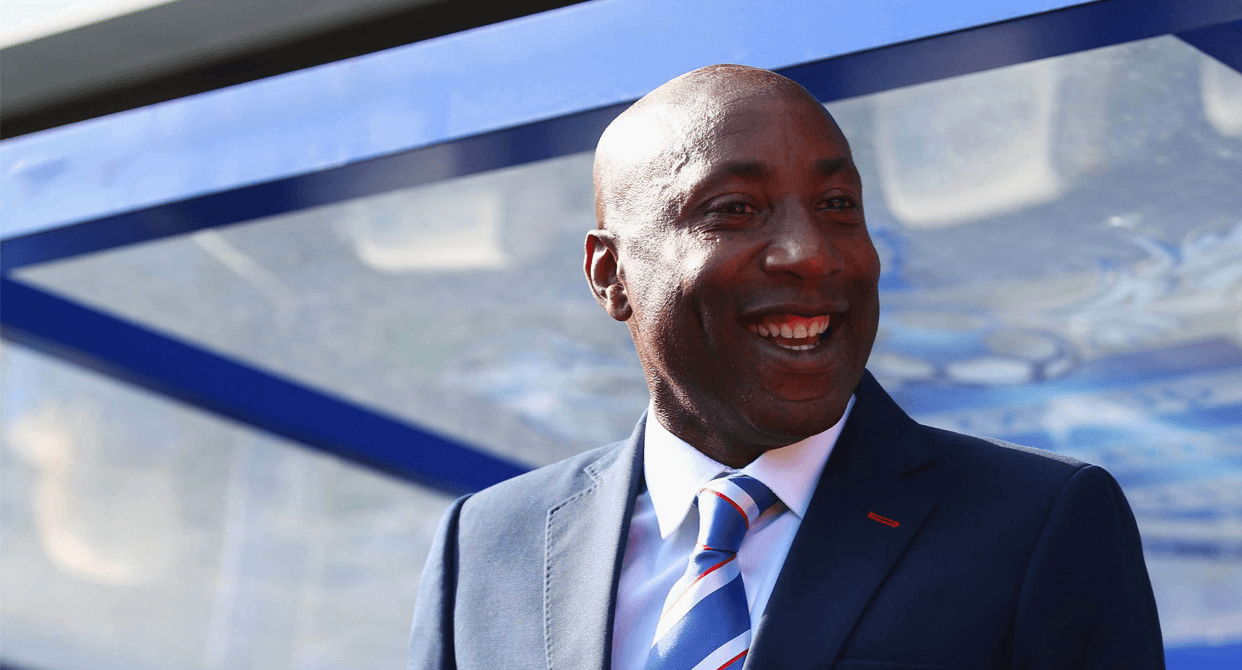 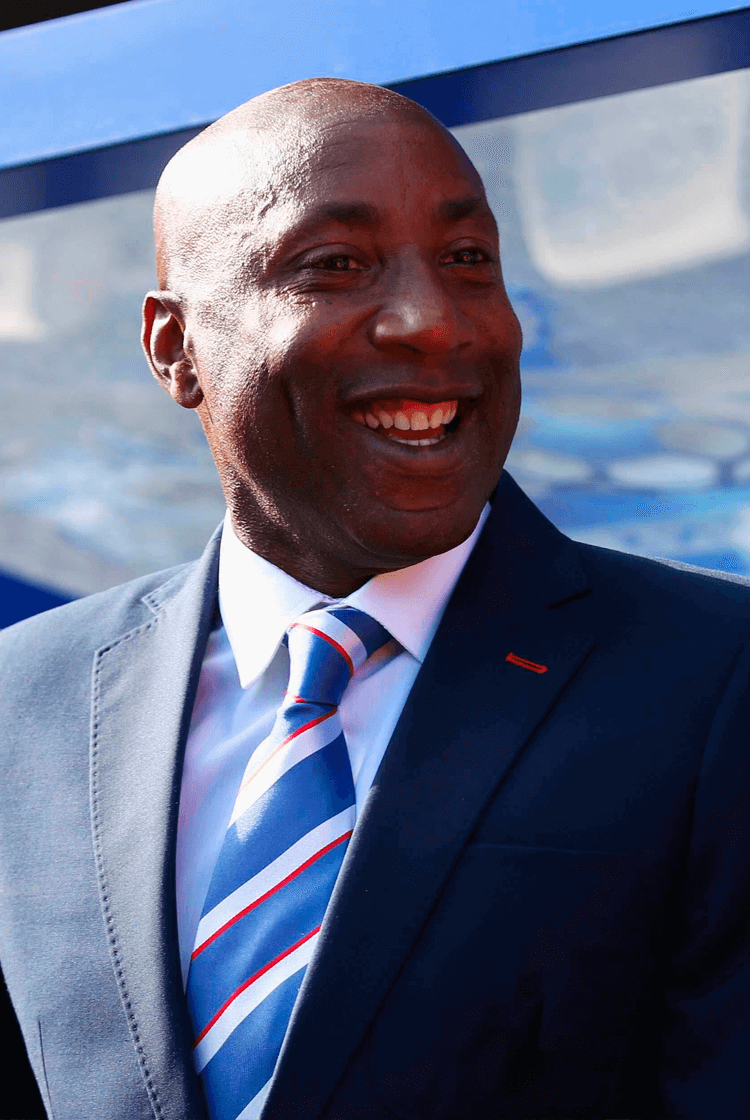 I had explored different avenues away from Tottenham on two or three occasions by the time André Villas-Boas got sacked just before Christmas in 2013. I wanted to spread my wings.

I had been there since 2005 and worked largely with the academy. When Villas-Boas took over in the summer of 2012, we were expecting to work more closely with him, providing a link between the academy and the first team – a path to promote players. That’s what Daniel Levy wanted.

But a year later, after Gareth Bale was sold to Real Madrid, a lot of money came in and Franco Baldini, who was technical director and in charge of transfers, spent the lot. It was almost £100m – loads of money in those days – and it blocked the pathway to the first team for a lot of the young players who had been introduced to the senior squad during Harry Redknapp’s tenure.

So, I considered my options – but Les Ferdinand persuaded me to stay.

He got Tim Sherwood to watch me coach and then Tim, who held a role as technical co-ordinator at the time, took me on as his assistant.

It meant that, when he got the job as caretaker manager once Villas-Boas was sacked, we’d worked together for long enough that he knew and trusted me enough to be one of his assistants alongside Les (below).

We’d had a lot of success with the development programme, and just tried to take what we’d done with the academy into the first team.

Our coaching methods were very different to André’s. My past is in development, and with what was a very young first-team squad at the time, we realised that the players needed developing as individuals and, in particular, as players for their specialist roles. We had Christian Eriksen, Danny Rose, Kyle Walker, Kyle Naughton, Andros Townsend, Harry Kane – players in their early 20s who still had plenty of improving to do.

We did a lot of individual training, working on specific things for those players: defending one-on-one, crossing, Eriksen and his free-kicks. They really responded to that.

"We felt we had the players to execute what we wanted, and that meant getting on the ball and being bold"

We also levelled the playing field. Tottenham had lots of big names at the time, lots of big signings who had hefty price tags attached to them. We let the entire squad know that everyone would be treated the same. There would be no favouritism; everyone had the same chance of playing matches. You could tell the players were pleased about that.

It’s for that reason that, in our first league game, away at Southampton, Paulinho, who had joined for around £17m in the summer, didn’t even make the squad. Nabil Bentaleb (below, right), who had only just turned 19, made the matchday squad for the first time in his career, and we brought him off the bench as Mousa Dembélé’s replacement just after half-time. That decision sent a message to the players: it doesn’t matter what your name is – if you deserve a chance, you’ll get one.

Bentaleb wasn’t at all well-known at that time, but we knew he worked relentlessly and he was very good on the ball. He absolutely hated losing. He cried once after losing a five-a-side game in training. We had helped create that competitiveness in the academy, so we knew if we ever lost a game it wouldn’t be because he wasn’t trying hard enough.

He could do a bit of everything. He might not be as creative as some other players, but he would get stuck in, help out in both boxes and was a very good technician. He’s a fantastic player and had such good character for a teenager.

In that Southampton game, we started with a four-man midfield of Dembélé, Eriksen, Gylfi Sigurdsson and Erik Lamela. It was an attacking team, a week after the game that saw Villas-Boas sacked, where Spurs lost 5-0 to Liverpool. We made six changes to the starting XI.

We just thought that players who could handle the ball could be moulded into anything you wanted, as long as they believed in your way of playing. We felt we had the players to execute what we wanted, and that meant getting on the ball and being bold.

They didn’t let us down. We won 3-2 (below). Including that game, we won five of the next six in the league and drew the other one.

We were demanding of the players. Other managers might not want to dig out international players if they aren’t performing, but we had nothing to lose. We treated them in the same way we treated any academy player.

They liked that, and they liked the individual training. I think they each felt like we were investing time in them to improve them and help their career. So, there was a positive mood around the club.

During that good run of form, we went to Old Trafford on New Year’s Day. You never go to Manchester United and think you’re going to win – you can’t be arrogant like that – but Tim and Les have this belief about them that gets through to the players.

We didn’t tend to change our tactics too much depending on the opponent. Obviously we adjusted our shape when we needed to, but for the most part we had our main principles of play that we believed in and stuck to.

For that game, we let Michael Carrick and Wayne Rooney go and collect the ball off the centre-halves and encouraged them to play long. Then we backed our defenders to win the ball and the midfielders to sweep up second balls that fell in that zone. It worked to perfection. We went to Old Trafford and played 90 minutes without ever looking like we weren’t going to win the game – and we did, 2-1 (below).

We had some bad luck after that. We lost at Chelsea but missed a few chances, and then we were undone by a terrible penalty decision and a red card for Younes Kaboul that killed the game. We lost at home to Arsenal but dominated the match. We took the game by the scruff of the neck and their goal was one of their only chances. To this day, I still have no idea how we didn’t win that one.

The other problem was that Roberto Soldado just wasn’t the player he’d been in Spain. He was signed for a lot of money, but he was missing so many chances – really uncharacteristic misses. His form caused us a lot of problems – like it had done for Villas-Boas – and we really needed a big player to step up in a lot of the big games.

There were games where we had to hold our hands up and admit we were well beaten, though – like our first league defeat in charge, at home to Manchester City. We lost 5-1. It was a rude awakening for where the club was at the time, and the direction City were going in compared to us.

Otherwise, we felt we were equal to most teams in the league. Ultimately, what let us down was that we let in too many soft goals.

We felt we deserved longer than just until the end of the season. We laid the foundations for what happened next at Tottenham, and the volume of quality players the club produced with our work in the academy with John McDermott, Alex Inglethorpe, Perry Suckling and Richard Allen. Then Tim, Les and I carried it on by giving those players a chance in the first team.

Even if our time in charge didn’t bring a return to the Champions League or quite take the first team to the next level, we were really proud of our work in bringing through young players.

Towards the end of the season, we started playing a young Harry Kane (below) in place of Soldado.

Harry had always been a good player and a hard worker – we’d watched him come up through the youth ranks. He’d played the vast majority of his games in the Europa League, playing up front, out wide, in midfield – all over the place – while he developed physically.

His birthday is in July, so he is really young for his year group in the academy. By the time the end of the season came around, though, he had caught his peers up.

Soldado’s performances weren’t worthy of his place in the team, and while some managers might have just stuck by him because they knew how good he could be, merit was very important to us.

Harry had been showing to us that he deserved to play, and all he needed was that chance. We started him at home to Sunderland and he scored. The next game, away to West Brom, he got another. Then he made it three goals in three against Fulham. The rest is history.

"At the final whistle in our final game, there were four academy graduates on the pitch"

We could never have predicted the heights he has hit since, but we saw he was capable of playing for Tottenham.

We’d created an environment where the players knew they could make mistakes and it wouldn’t cost them. They were allowed to try things and, if they did what the manager asked of them, they would play.

At the final whistle in our final game, there were four academy graduates on the pitch. That was the project at the time – for the club to save money by producing young players. We were happy to take any criticism on the chin for the players, as long as they were doing their best for the team.

On top of all the players we introduced to Premier League football, there were youngsters like Ryan Fredericks, Adam Smith, Ryan Mason, Tom Carroll, Alex Pritchard, Steven Caulker and Kevin Stewart – all of whom we worked with in the youth teams, and who have gone on to play in the top flight. There are others who have forged careers in the Football League or elsewhere around the world.

We were grateful for the opportunity we’d been given, but we felt as though we repaid the club in our own way – by having the courage to expose Tottenham’s young assets to first-team football.