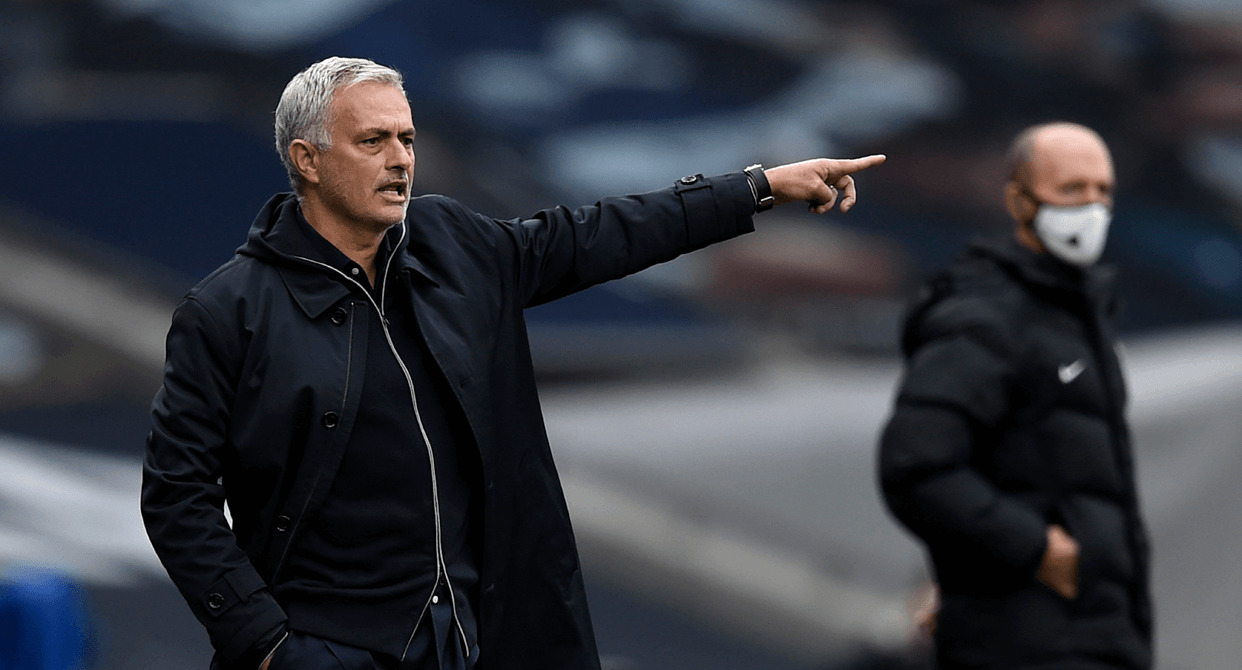 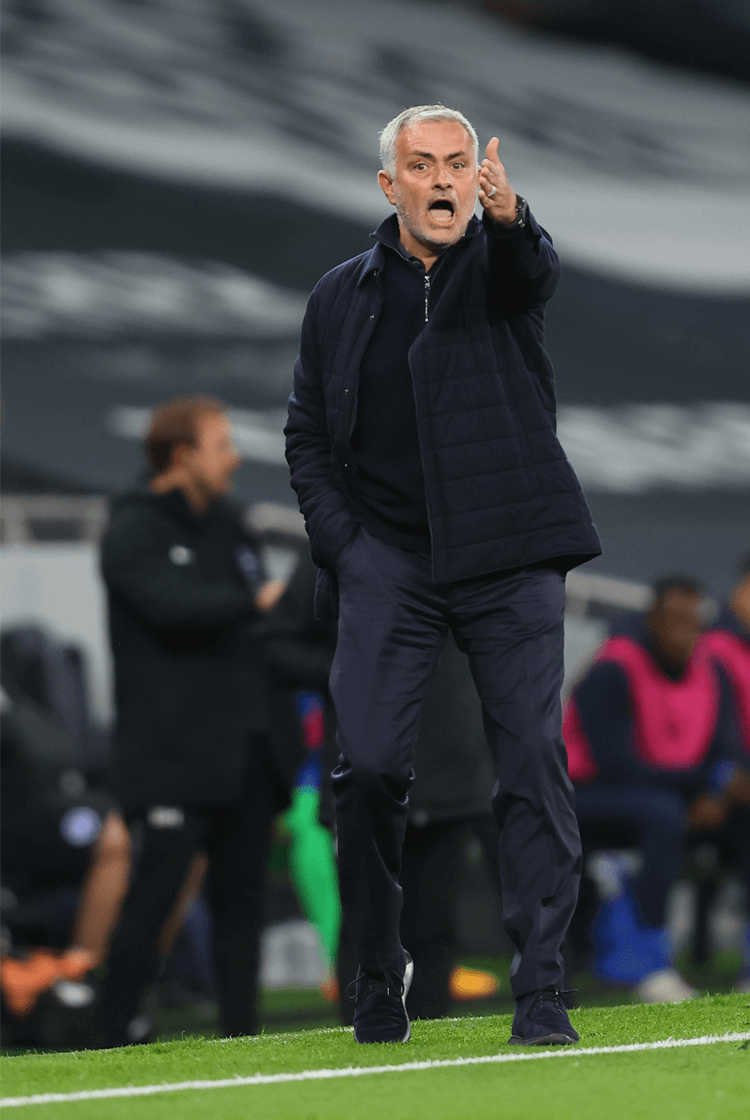 Profile
Confirmation of José Mourinho's return to the Premier League as the successor to Mauricio Pochettino at Tottenham divided opinion. The Portuguese remained among the world's highest-profile managers, but Pochettino had deservedly become a popular figure at Spurs, and observers had regularly questioned whether Mourinho had lost what had once made him so great.

In Mourinho, Tottenham's chairman Daniel Levy appointed a manager he first approached in 2007, when seeking a successor to Martin Jol. It may even have been his admiration for Mourinho that contributed to his recruitment of André Villas-Boas, once the Portuguese's protégé, after Harry Redknapp's departure in 2012. Regardless, there is little question that, even if his previous roles at Manchester United and Chelsea did not conclude as he would have hoped, his first year back in London has demonstrated the extent to which he remains among the world's best.

Playing style
Mourinho inherited an attack that, beyond Son Heung-min, offered the influential Harry Kane too little support, and in which Christian Eriksen and Dele Alli contributed minimal defensive cover. That Spurs’ full-backs – then defensively vulnerable – were therefore regularly exposed meant that they too rarely posed an attacking threat during moments of transition, too often leaving Kane frustrated.

Kane’s effectiveness is such that he warrants being the focal point of an attack, as, under Mourinho, other powerful strikers – Didier Drogba, Diego Costa and Romelu Lukaku prominent among them – have been. It is strengthening their ability to attack during transitions that represents the most influential change the Portuguese has overseen.

Kane has long provided intelligent and effective link-up play, often via midfielders in Eriksen, Alli, Son, Érik Lamela, Giovani Lo Celso and more moving infield. Under Mourinho, he has gradually dropped into a deeper, central position, and also sought to provide an option in a wider position, with the intention of continuing to contribute to those combinations. From those deeper areas, he has increasingly been encouraged to use his superb range of forward passing (below).

His movements also encourage the wide attackers outside of him to run further forwards, and often to become their most advanced players during attacks, where previously it would have been Kane who remained advanced and Spurs' wide attackers who progressed possession. Those movements are also complemented, at a late stage, by them moving infield, having until then offered improved defensive cover in front of the full-backs behind them. Son has consistently relished both Kane's ability to play the ball and to retain and secure it until then, often making Spurs' transitional attacks lopsided, but at a time when Gareth Bale promises to gradually offer a similar threat from the opposite wing.

Even with Kane's increasing use as a creator of goalscoring chances, when they are not attacking during transitions, he pursues positions from which to provide the finishing touch. The double pivot that exists at the base of their midfield encourages Matt Doherty, Serge Aurier and Sergio Reguilón – all fine crossers of the ball – to attack with width from full-back (below) during sustained periods of possession, and largely because of the consistent defensive cover Moussa Sissoko, Pierre-Emile Hojbjerg, Harry Winks and Tanguy Ndombele have provided from that double pivot. Ndombele and Sissoko have also featured as a third, more attacking, central midfielder, and contributed to a central midfield three that strengthens that grasp of possession.

The significantly improved Ndombele, from between the lines, has replaced the creativity previously provided by Eriksen, whether selected as a number 10 or a more reserved attacking midfielder, and to the extent that Spurs can seamlessly reorganise from their favoured 4-2-3-1 into a 4-3-3, and occasionally even a 4-3-1-2 when Ndombele advances to alongside Kane. His disguise, and ability to break lines, combined with the movements offered infield by Son, Bale, Lamela, Steven Bergwijn and Lucas Moura, also draws defenders from Kane. That partnership with Kane often resembles that the striker once had with Alli. When it is formed there is less of a reliance on Kane to be their most creative player, therefore giving him the freedom to pursue positions from which to score, and increasing the threat they are posing inside the penalty area.

Pressing and defending
From the start of 2020/21, Mourinho has consistently favoured the 4-2-3-1 – built on a double pivot – that brought him such success at Inter Milan, and elsewhere thereafter. The arrival of Hojbjerg from Southampton has been particularly key to them doing so. His team has been organised to defend with either a lower or mid-block, and has largely resisted committing to a high line. The line of pressure between the first and final thirds – their first line of pressure is often progressed beyond – has been essential to that; their full-backs advance to alongside that double pivot, where as a four, their strength when duelling for possession and in the tackle prevents numerous attacks, and ensures that the second and third lines of their structure remain compact.

Not only are their previously vulnerable full-backs offered increased protection through the relationships that have been developed in wide areas and that contribute to a press, from small units, being applied, they are conceding fewer goals. The intensity provided by those forming their double pivot, to move and cover the inside channels, proves similarly effective against an opposing double pivot or should an attacker withdraw into midfield to receive. It is also complemented by cover from the wide midfielders and full-backs alongside them, behind the front two of Kane and Ndombele (below) seeking to screen central access and to pressure defenders tempted to move into midfield.

The signings of Doherty and Reguilón have, like Hojbjerg, also been influential. Both are more effective than their predecessors at applying Mourinho's favoured, reserved pressing strategy and lower block, and of reacting and contributing when Spurs attack on the counter. That there have also been occasions when he has instructed his double pivot to occupy deeper territory to protect the inside channels or even to withdraw into defence – to encourage their wide players to remain more advanced – increases their tactical flexibility. The deep-lying 4-4-2 that that means they can adopt is particularly suitable when required to defend with a compact lower block for lengthy periods, and has previously brought their manager success.

A further consistent theme of Mourinho’s management has long been his ability to adapt the nature of his coaching, and the strategy he pursues, to the players at his disposal. It is perhaps only at United that he did not do so to the same, impressive extent he has previously demonstrated in different leagues and competitions. The aggression of Mourinho’s Porto after losses of possession contributed to so much of their success; their ability to counter-press to negate opposing transitional attacks and then to enhance those of their own contributed to them dominating domestically and in Europe. In his first spell at Chelsea, ball-winning central midfielders were used to encourage the attacking threat posed by athletic wide players in Damien Duff, Arjen Robben and Joe Cole, and the powerful strikers who were supported by late runners from deeper territory.

In his two seasons at Inter, Mourinho’s team was built on an extremely organised low block that absorbed pressure for lengthy periods, to mentally and strategically wear opponents down. A fine, experienced defence was coupled with a similarly experienced attack (above); Inter lacked the energy and youth of Porto, and the speed and ferocity of Chelsea, and were therefore incapable of remaining as far forward for as long as those teams once did. Upon leaving Inter for Real Madrid, and inheriting a youthful attack (below), he then developed a transitional team, having just left one at its best when counter-attacking from deeper positions. A peak Cristiano Ronaldo was most consistently supported by Ángel Di María, and one of Gonzalo Higuaín and Karim Benzema.

During his time at Spurs there have existed elements from many of his past clubs. The deep defensive organisation shown against other leading Premier League teams evokes his time with Inter, who were content to remain compact in the deepest of blocks and to convert the few chances they created. Spurs' management of defensive transitions – and aggressive, wider pressure and their desire to protect the weaknesses that would otherwise exist there – mirrors Porto. Similarly, their counter-attacking potential, wider support, and potency when launching into an attack around a focal point is akin to that seen in Madrid.