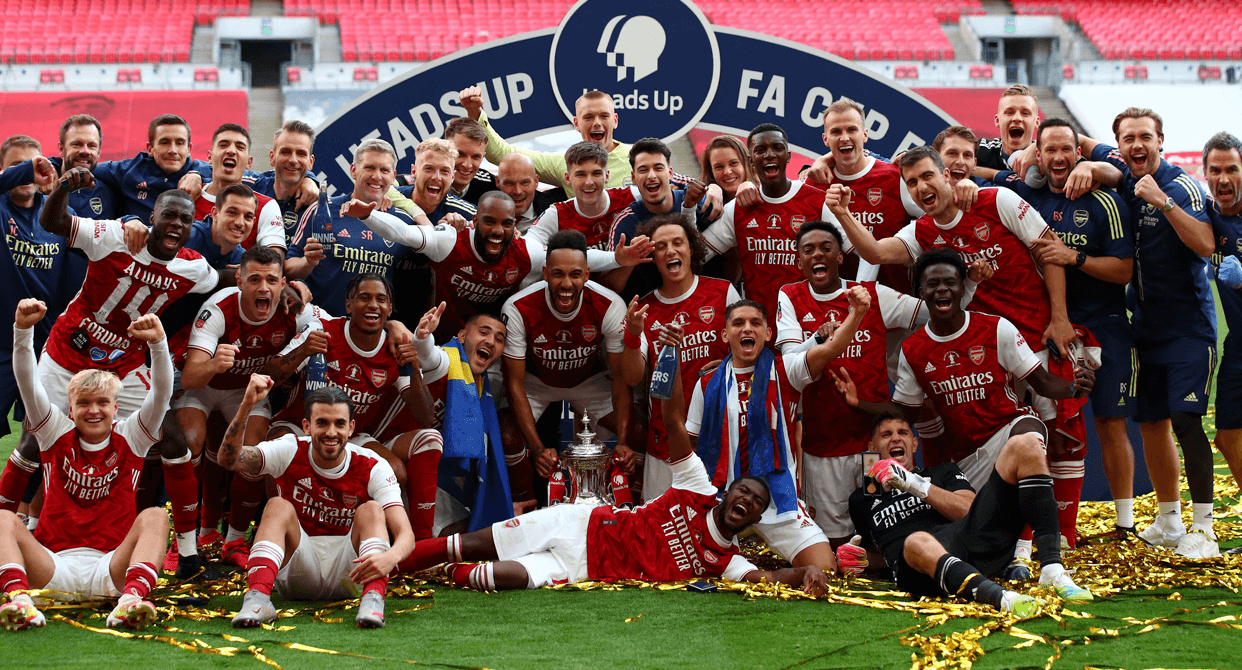 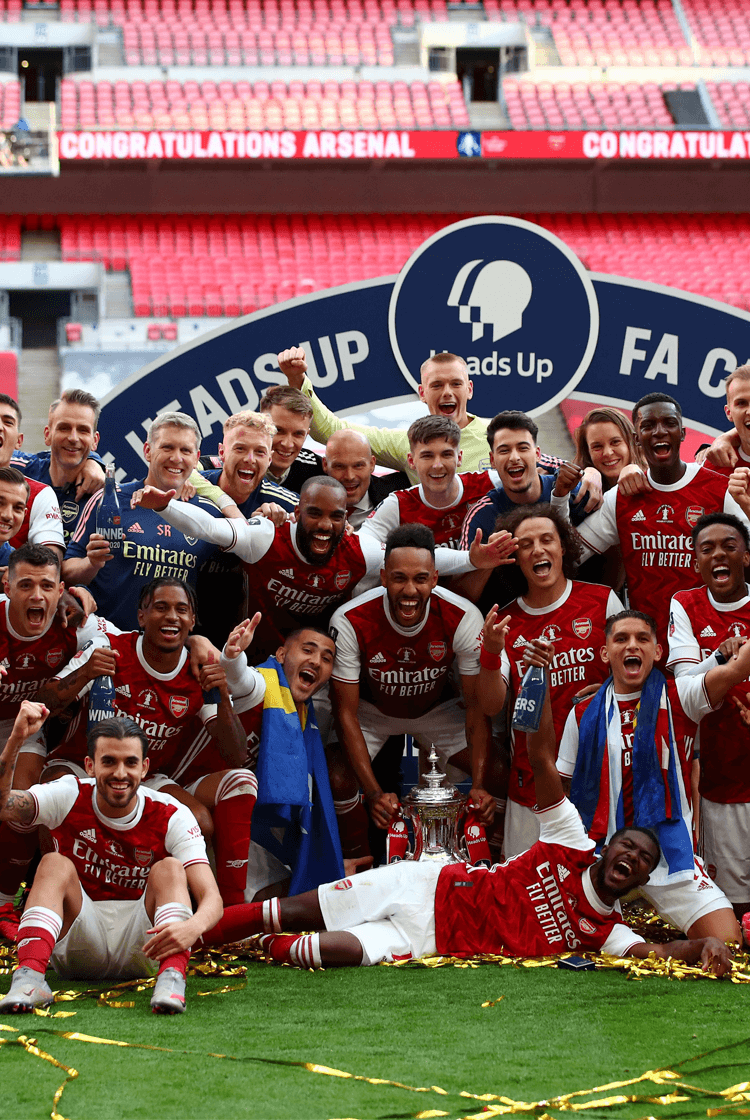 Pierre-Emerick Aubameyang inspired Arsenal to recover from a goal down to defeat Chelsea and secure their 14th FA Cup. After the impressive Christian Pulisic had given Chelsea the lead, the Gabonese forward struck from the penalty spot to bring Arsenal level, and then with a fine finish gave them the lead during the second half. When Mateo Kovacic was then sent off when receiving his second yellow card, the hopes of Frank Lampard concluding his first season as Chelsea manager with an FA Cup winners' medal, to complement their promising top-four finish, quickly disappeared. His opposite number, Mikel Arteta, became the first to both captain and manage Arsenal to the FA Cup, and did so impressively quickly after succeeding Unai Emery in difficult circumstances. "It's even better winning this than as a player," the Spaniard said. "I am really proud of what we have achieved because I know the difficulties and everything we have been through. We had to change that energy and that mentality. We can achieve things and win titles together." 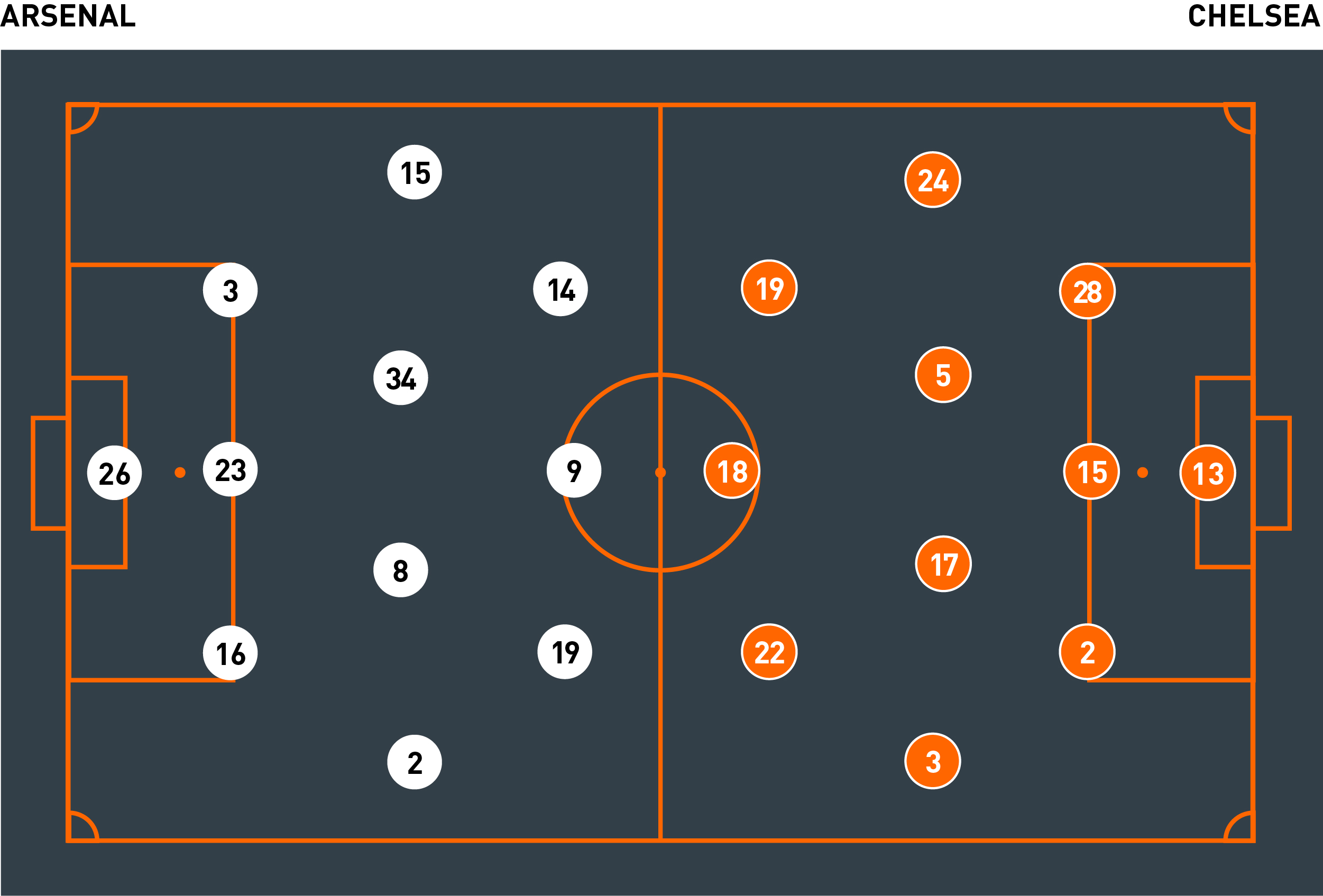 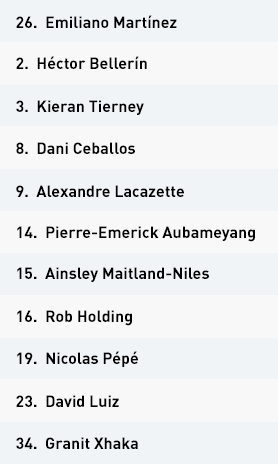 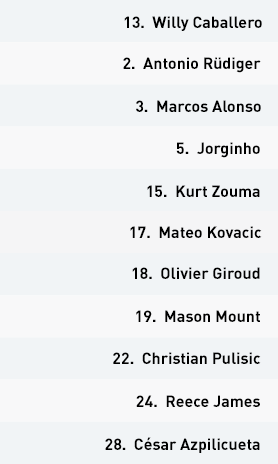 Arsenal were organised by their manager Mikel Arteta into a 3-4-3 formation led by the potent front three of Nicolas Pépé, Pierre-Emerick Aubameyang and Alexandre Lacazette. They encountered opponents who defended with a 5-2-3 built on the central midfield of Jorginho and Mateo Kovacic.

Arsenal grew slowly into the game but exerted more control after the opening 20 minutes. Mikel Arteta’s side favoured building from defence and adopted adventurous positions to do so. Dani Ceballos would withdraw to between central defenders Rob Holding and David Luiz to create a new line of three; Kieran Tierney operated as a full-back, Héctor Bellerín as their right wing-back, and Ainsley Maitland-Niles moved inside as an attacking central midfielder.

César Azpilicueta was tested by this – his opponent was supposed to be Aubameyang – in the same way as Jorginho and Kovacic, who as well as prioritising Maitland-Niles and Granit Xhaka had vast spaces to protect in central midfield. Arsenal recognised that, and therefore also played longer passes to towards Aubameyang – an approach that represented a consistent threat. The potential of those patterns was first demonstrated when Pépé had a goal disallowed during the first half.


With Andreas Christensen replacing the injured Azpilicueta, Kurt Zouma was moved to play as the right-sided of Chelsea's three central defenders because of the pace he was capable of offering against Aubameyang; on the opposite side of the pitch, Pépé and Bellerín dropped into deeper positions, further testing Chelsea. Antonio Rüdiger chose to track Pépé, because of the latter's willingness to withdraw as far as he did, and to the extent that in the 18th minute Rüdiger reached Arsenal's penalty area to prevent his opponent from receiving, turning and running. That Marcos Alonso also moved with Bellerín meant that, through Alonso and Rüdiger, layers were being moved from Chelsea's defence, and spaces created for Lacazette and Aubameyang to run into.

Chelsea sought to press Arsenal high up the pitch by using the same man-oriented approach as Arsenal. When attacking from the right, Arsenal targeted Pépé's feet so that the Ivorian could run at his opponents. Upon him beating either Alonso or Rüdiger, the remainder of Chelsea's defensive line was forced to move over and cover, leaving Arsenal with a free attacker on the far side – most commonly Aubameyang. This unfolded when they scored their winning goal; the combination of Pépé's dribbling and Lacazette's intelligent movements created the chance for Aubameyang to deliver victory.

Frank Lampard set Chelsea up in a 3-4-3 formation, against opponents using a 5-4-1 in which Ainsley Maitland-Niles featured in an unfamiliar position at left-back. Chelsea dominated the early stages, and looked comfortable in possession.

Mason Mount and Christian Pulisic moved infield as two central attacking midfielders rather than remaining wide. The narrow positioning of Mount, Pulisic and Olivier Giroud left spaces for Marcos Alonso and Reece James to advance on the outside to give Chelsea a five-point attack, helping them to play through or around Arsenal’s midfield four.

Pulisic’s central position was particularly important for Chelsea because he had more options to work with after receiving possession; when he operates in a wide position the touchline limits the direction of his attacks. He caused Arsenal numerous problems with his dribbling, and his unpredictable movements.


When possession was played through the lines to any one of Chelsea's five attackers, the remaining four made runs in various directions to further unbalance Arsenal’s defence. Pulisic or Mount usually moved diagonally from a central position into a half-space, opening a gap in the channel for a pass to be played into; they sought positions from which a low cross could be played into the penalty area or cut back to its edge, to where Jorginho or Mateo Kovacic could arrive, and created some of Chelsea’s best openings when doing so. The use of Mount and Pulisic inside and close to Giroud meant that Chelsea could also play direct balls towards their striker, and when they did so they offered sufficient support around him to collect second balls.

Arsenal looked to press Chelsea in advanced territory and operated in a man-oriented manner. Their high press took the form of a 5-2-3, rather than the 5-4-1 mid-block that they otherwise favoured. Chelsea demonstrated some variety and flexibility in their positioning, and it wasn’t uncommon to see Alonso and James moving inside to play in central midfield and Mount and Pulisic rotating outside to operate with width. These rotations were simply designed to create dilemmas for their opposite numbers regarding whether to track the players they were marking or to pass them on.

The quality of Chelsea’s goalscoring chances gradually diminished as Arsenal became more comfortable with their movements. Injuries contributed, because the loss of Azpilicueta meant that Chelsea thereafter built from the back on the right far too slowly, allowing Arsenal time to recover their shape, and Pulisic's departure shortly after half-time significantly reduced his side's threat in the final third. After starting so well, Chelsea faded drastically.