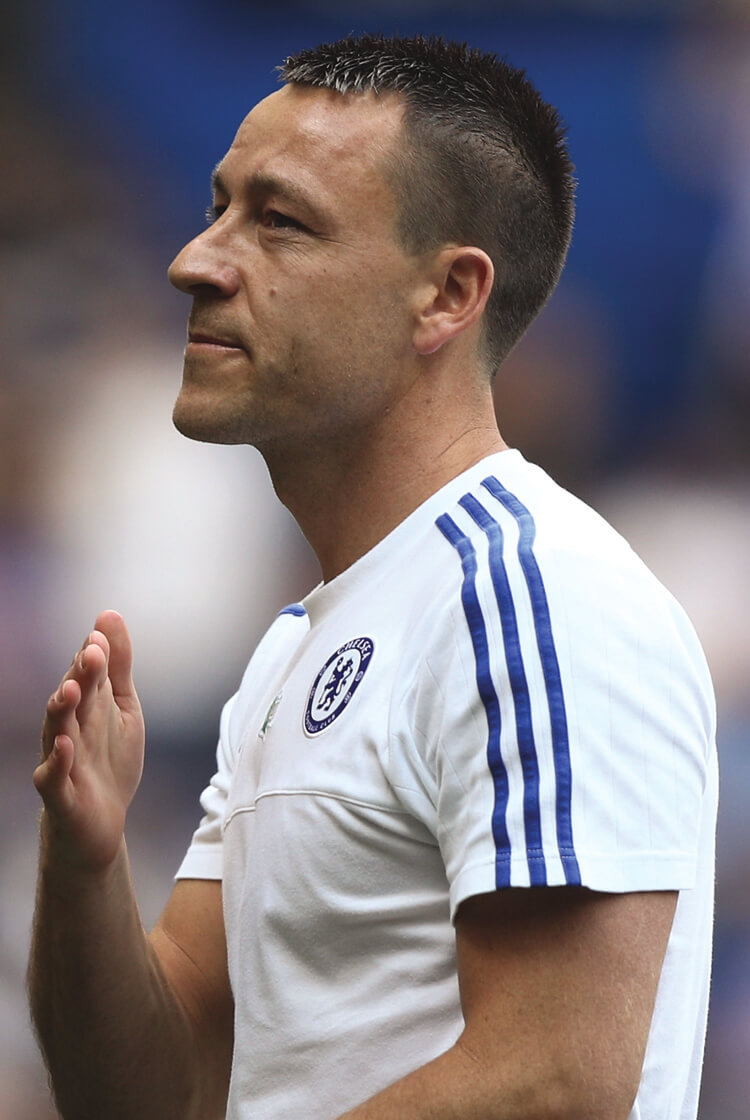 He made us feel we were the best in the world

Something special. That's how I first remember him.

I couldn't tell you why at the time, although I look back now and I know why.

I was quite young when José Mourinho first came into Chelsea – only 23. But, after a few training sessions, I went and got a notepad and started jotting stuff down.

Things he said in team meetings; things he said before a game, or to the press. Sometimes I'd come in after a training session and write down everything we'd just done.

The lads would look at me as if to say: "What are you doing? No one else is doing it."

But I was intrigued by what we were doing. You'd come into the dressing room and everyone would be talking about what a great session that was. "The best training we'd ever done."

We felt great; lean; perfect. I wanted to write down everyone's comments. "That was a good session; everyone enjoyed that one." Or even the very rare times you'd come in and the lads hadn't enjoyed it as much. "Okay, let's write that one down too."

It was down to José that I decided I wanted to make those notes, and I've still got them all today. I knew, at an early age, that they could serve me well in the future.

"I started jotting stuff down. I was intrigued by what we were doing, and knew these notes could serve me well in the future"

From the moment José came in, I knew I wanted to be a coach. Before then, as a player, I just went out on the pitch and played. I didn't think about the training sessions, the coaching; the size of the pitches we'd train on. Anything. Then I saw something special, and it was all about preparation.

He'd be out there at 8am, putting out cones; making sure there were enough bibs; enough balls. He brought ballboys into the training ground to make sure we would get balls back on the pitch as soon as possible. As a group of players – not just me – we all took note of how good he was right from the start.

Not just on the training pitch, either, but away from it too. On the mental side.

There were a couple of times I was injured – not available for a couple of games coming up. José would come in; he wouldn't even speak to me in the treatment room. He'd go around and speak to everybody, and walk out of the room and leave me.

"José would come in to the treatment room and not even speak to me. He knew exactly what to do to press my buttons"

As captain of the football club, I was there thinking: "Why has he not spoken to me?" I said to the physio: "I'm training tomorrow. I can't have the manager not speaking to me."

He knew exactly what he was doing. He knew how to press my buttons, but he also knew when to give me a cuddle; when to tell me I was the best; when to tell the press that me, Frank, Didier, Petr, Ashley were the best players in the word. I promise you – as a player, you went out there thinking you were the best.

That had an impact on our performances, and that was down to José. Were we the best in the world? Probably not. But he made you feel like you were.

He strived for the best every single day. He hated losing.

"José’s the best I've worked with; the reason I wanted to coach"

I remember, specifically, a game in training – just a normal five-a-side game that happens every day in football. We lost 3-0, and he went berserk. "Defenders conceding three goals and you walk in as though it's normal? You can't accept that."

For the rest of the season the games in training were 1-0; 2-1. Always tight. That was him. Always pressing us; always pushing us to be the very best.

In the good times at any club, it's great. Everyone buys into it. But it's the difficult moments as well – when you've lost a couple of games on the bounce and things aren't going for you. You look at your mates around you. You need big players; big personalities in the dressing room.

I look back to that first Chelsea team under José. I was captain at the time, and without Frank as my vice-captain, doing an awful lot in and around the club, we wouldn't have got to where we did.

But look at the spine too – Petr; Ashley; Didier; Joe Cole; Duffer; Robben – you could go on. That group of players was vital, but it was also vital that we knew there was one man in charge at the head of us all, and he made that very clear.

That was José. He's the best I've ever worked with, and the reason I wanted to be a coach.