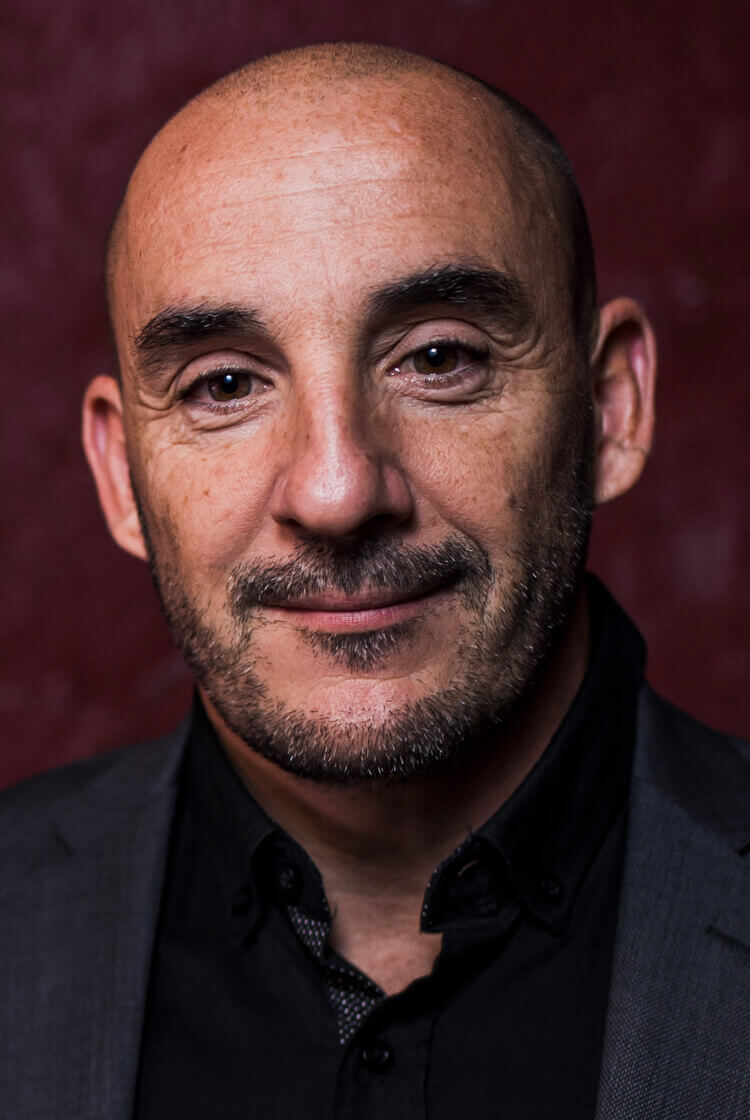 “I’ve got such a headache.”

Marcel Desailly, who was the central defender in my zone, turned around to tell me that.

He had spent most of the match clearing the ball with headers.

It was my first match in the Premier League. Away at Coventry. They had a really tall forward, Dion Dublin, and their game was to get the ball from the defence to him. The ball hardly went through midfield. Always in the air.

I couldn’t believe it.

“What sort of place have I come to? If the whole year’s going to be like this...”

It took me two months to adapt to that style.

In those days in the Premier League, there were still a lot of teams that would play that direct game. It’s a philosophy that’s changed with time. First, with the arrival of foreign players, and then with managers from abroad too.

I was one of those foreign players to come to England; a country where I was especially surprised by how little daily press coverage was given to football.

In five years, I think I did five press conferences.

It was the total opposite of Spain, where you had hundreds of journalists around the club and around you every day. Not in London. We only had the Saturday press conference with the manager and one player. Nothing else.

So little press coverage made me feel like I was on holiday in London. The training session would finish, I’d eat at home and then my wife and I would go to the cinema, the theatre or to walk around the city. Nobody bothered you in the street.

People didn’t really recognise you. Even if they did, they would just glance at you. It felt great, by the way.

"In Barcelona I was used to short, intense sessions. At Chelsea, the physical side was worked on as if you were an athlete"

I was also surprised by the club facilities. Nowadays, you see Chelsea and all the buildings at the training ground, and you think it was like that before. But it wasn’t. Roman Abramovich changed it all.

When I was there, we trained next to the airport, in a place the club had rented. Every day, at 11am, I’d look up from the pitch and see Concorde taking off.

It was the dressing rooms that had the biggest impact on me, though. They were like barracks. We’d get changed six at a time because there wasn’t enough room for more of us. It was all a bit scruffy – and it was bitterly cold.

We’d start to train and Gianluca Vialli, who was player/manager at the time, would join us in the session, just like any other player. He’d do the warm-up, the same routines, play the training match.

I remember that in my first training session as a Chelsea player, I had to do lots of running. Three sets of 1,000 metres, to be exact.

“Let’s see how long it takes you!”

I thought to myself: “In Barcelona, I never ran more than 100 metres in one go in any training session. Now I’ve got to run 1,000 metres here?”

The training workload was very tough in England – where, funnily enough, I had two Italian managers in Vialli and Claudio Ranieri.

In Barcelona, I was used to short, intense sessions in reduced spaces. At Chelsea, the physical side was worked on as if you were an athlete. We’d start with sets of 1,000 metres, then 500 metres and finish with 200 metres.

You’d spend the first few weeks of pre-season doing these sets. For me, a guy with short muscle fibres, those sessions made me suffer a lot.

They even made me lose my spark and speed. I noticed it.

Once, training with the Spanish national team, I stopped in the middle of the session and said to myself: “What the hell’s happening to me?”

I felt I had a gear less than the rest of my teammates. I couldn’t explain what was happening. Then, as time went on, and with my experiences as a manager, I realised that it was the type of training in England that made me lose that spark.

But that was then – physical group work. It wasn’t as personalised as it is now.

I had signed for Chelsea because of Vialli.

Also, in a way, because of Louis Van Gaal. I left Barcelona after he arrived. In his first season with Barcelona, the manager told me that he wasn’t really considering me. Even so, I decided to stay at the club. In the end, I played the second half of the season in the starting line-up.

That made me think that I’d stay, but the manager didn’t change his view. He wanted me out, and I was declared transferable.

I got some calls, and one of them was from Vialli. In those days, it was customary in England that the managers would call you on the phone.

Vialli had played alongside former Barcelona player Víctor Muñoz at Sampdoria. Chelsea needed a right-back, and he asked Víctor about me.

Among all the offers I had, I decided to go to Chelsea because it was the Premier League and because it was London. Maybe, had it been anywhere else in England, I wouldn’t have accepted. But I was newlywed, had no children, and London was a very cool place to be for the two of us.

My relationship with Vialli was very good. Sometimes I’d joke with him.

“Do you remember the final?” I would ask him, referring to the 1992 European Cup final at Wembley. I was in the Barcelona team that had beaten the Sampdoria team he played in.

He never got angry about it.

Overall, during those three years with Vialli, the team achieved a great standard. We won the FA Cup and we were close to winning the Premier League. It was a club with great European and English players.

Among the home players was John Terry. A guy with a lot of personality.

I’m sure he’ll do well in his new guise as a coach. Terry has worked for a long time and he has two very well-integrated philosophies. One, of English football – hard work and high energy – but also one developed from his work with foreign managers.

It’s a tendency we’re seeing now, with former players who are now managers. Terry, Steven Gerrard, Frank Lampard. They have experienced both aspects, and have a lot to give as managers.

But if there was one player who impressed me above the rest, it was Gianfranco Zola.

I don’t think the media has been fair regarding what he achieved as a player. For me, Zola was of the highest level. To see him play was a sight indeed. He impressed me in every way: on a personal level, as a player, as a professional.

Every day, an hour before the training session, he would do injury-prevention work. Then he’d stay an hour longer, working on different aspects of his game. At that time, not many players would do that.

He was simply an amazing footballer.

"As well as the injuries, you notice something else: that young players are whizzing past you like planes"

In my fourth year at the club, everything started to change. Injuries happened. First, it was my ankle – an injury that had already been pre-warned.

It was during a match against Leicester City: a 50/50 ball that I went in for with my leg raised in a half studs-up tackle. I don’t remember the name of the player. I said sorry to him, but he said: “Next time, I’ll do that to you.”

And he did. In the following passage of play I had the ball at my feet, and he got my ankle.

I missed the FA Cup final, and problems with my ankle persisted afterwards.

Then Claudio Ranieri came in. He liked Mario Melchiot as a full-back.

Ranieri went for big, powerful players. I started playing less with him.

Nevertheless, in my last year I had a good pre-season and he put me in the starting line-up. But then I got a new injury. It was during some physical tests where I had to do several sprints. I was out for two months.

As well as the injuries, you notice something else: that young players are whizzing past you like planes.

I tried to do play to a high standard that season, but my body just couldn’t cope any more.

My last year was poor, true. But, on balance overall, England was very good. I enjoyed my time there a lot.

In fact, England is where I’d like to be a manager. I’ve had offers from other countries, but my goal is to wait until an opportunity with an English team comes up.

I think it’s where I belong.