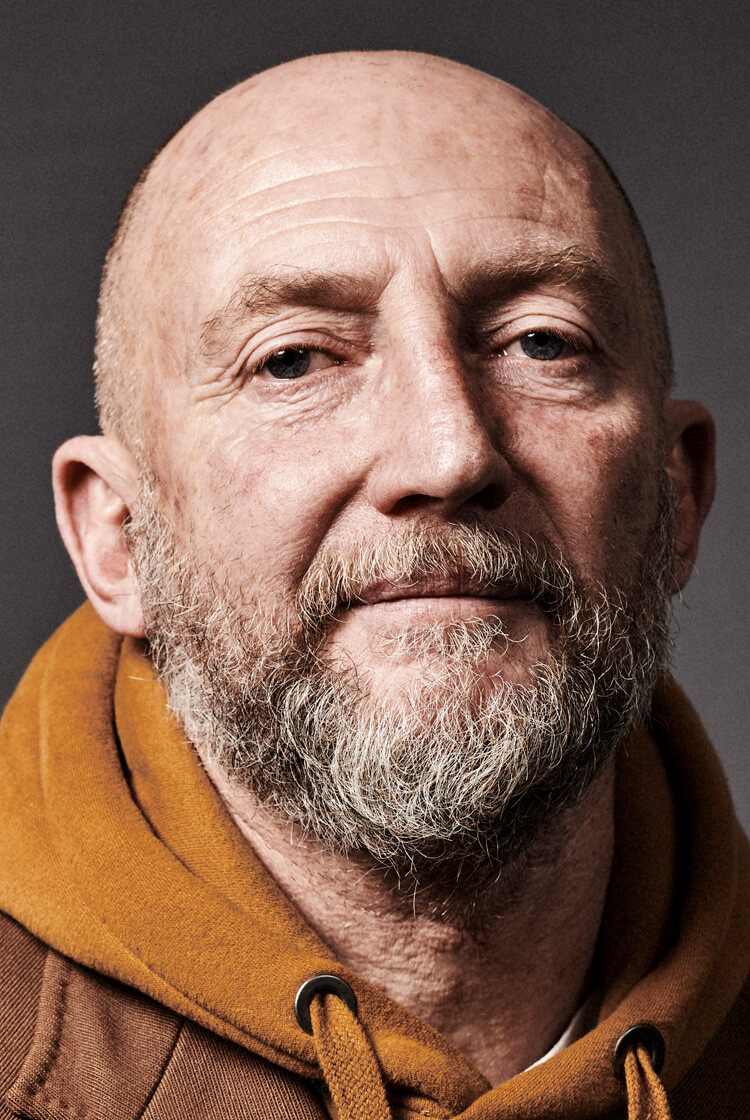 If I’ve got a lemon, I’m going to try and make lemonade out of it.

That’s how I was brought up.

I was six years old, and playing for a team where I was way out of my age limit, when I heard someone say to my dad on the sidelines: “Is that your boy, Bill? He’s good, but he’s little. Will he make it?”

When I got home, I asked my dad what I could do about being so little.

“Just try harder than everyone else, kid. If you really want to be the best, always work as hard as you possibly can.”

From that age, I had one focus. I was so dedicated that, by the time I was 10, I was doing 100 press-ups and 100 sit-ups a night. And, really, it was my fitness that got me there in the end – I was a central midfielder and I could run better than almost anybody.

Maybe not Roy Keane, but almost everybody else.

When I first started coaching, I found it was no different: try harder than everyone else. Work as hard as you possibly can.

I was 18 and playing for Bristol Rovers when I took my first session. We were encouraged to get into it by a fella at the club called Gordon Bennett – why his mum and dad chose to call him Gordon, I’ll never know.

“You’ll improve if you think about the game,” he told us. “If you understand tactics. So, I want you to teach someone else.”

The first day I went to watch this team of young lads play, they lost 13-0. After that, I went once a week to train them before they played on the Sunday. I was in the Bristol Rovers first team and not that much older than them, so these kids hung on my every word.

The first few games were hard, but at the end of the season we played that same team in the final of the cup. This time we beat them 3-1.

That’s when it got me, really. I was hooked.

"I still remember the exact moment we found out the club was in trouble. This man came in, told us he was the administrator. At the time, I didn’t even know what that meant"

If I’m honest, I found the coaching courses quite tough. I’m not sure if I was dyslexic or not, but even at school all those academic things were difficult for me. I was determined to get through it, though, because I absolutely love the other side of it: when you’ve created something and you put it on the training ground and give people good habits.

I didn’t really feel ready for management, but when Bristol Rovers made me player/manager, it wasn’t something I could afford to turn down. I was 33 and had four kids under four. It gave me some security. I had to do it.

It was a sharp learning curve.

I had my best mate Gary Penrice with me as assistant manager/centre forward. My other best mate as my goalkeeper/coach/physio, and I was manager/midfielder. It was happy days for Bristol Rovers, because they saved themselves a fortune.

If I was playing, Gary would coach. If he was playing, I would coach. And if we were both playing, we’d coach as we went, because we had nobody else. We were young and had all these exciting ideas. It was a beautiful time.

It was also the toughest thing I’ve ever done in my life. I took everything so personally because it was my hometown club. A club that I loved. One that I really wanted to be successful.

I had no idea how important those experiences at Bristol Rovers would become, until I first walked into QPR as manager (above).

I can still remember the exact moment we found out the club was in trouble. One of the directors called us off the training ground to see this man. He told us he was the administrator. At the time, I didn’t even know what that meant.

“It means I can say to the club that you’re on too much money, and we can sack you because we can’t afford to pay you any more.”

As he said it, this man was pointing right at one of my lads. I stood there, covered in mud from training, and told him: “That’s impossible, you can’t do that.”

“Oh yes, I can. Because this club is leaking thousands and thousands of pounds a week. We can do what we like.”

"I had to prove we needed someone. That we needed that bar of soap, or a coach to get to a game 120 miles away"

We got relegated that season.

That summer, I sat all these young lads down and told them: “I’m ever so sorry, we can’t keep you. We can give you a small proportion of your contract – 25 per cent – and you’re going to have to find another club, because this one is going to go bust.”

I had seven players left. No goalie, no staff and two other players long-term injured.

Bit by bit, I had to piece it back together.

I got people to come who really cared about the club. Marc Bircham. Kevin Gallen came back. Kenny Jackett came and helped me.

I had to stand up and fight for everything that I felt the lads needed. Had to prove we needed someone. That we needed that bar of soap, or a coach to get to a game 120 miles away.

“You want us to drive our own cars, do you? That’s unprofessional.”

We had nothing. But it wasn’t anything new to me. We’d had no money at Bristol Rovers, either. It was exactly what I knew.

So all the time, I was thinking: what would Bristol Rovers have done?

I’m never about excuses. Wherever I am, I want a positive mental attitude around the place, so it rubs off on everyone.

That attitude helped me to galvanise the lads who were coming into QPR, to do it for the right reasons. It was about the club, the badge, the team.

"You always believe deep down that you can do it, but after a while you need a little bit of proof"

It took me three years to get them back up.

On the final day of the 2003/04 season, we went to Sheffield Wednesday knowing a win would get us promoted ahead of Bristol City – a team that’s been my arch enemy and nemesis all my life.

Before the game, I showed the team the medal from when I won automatic promotion at Bristol Rovers as a player. I spoke about what it meant to me, and how hard I had to work for it.

“I believe that you lot have the same feeling that my group had back then. I believe you’ll do it, and I want you to think about getting one of these after the game.”

We were 3-1 up with about 30 seconds left, and my goalie coach starts jumping around. I told him: “We ain’t done nothing yet, just stay there.”

That day was something else. To get them back up on half the budget they were on – it’s still my proudest moment. You always believe deep down that you can do it: “I can do this. I can do this.” But, after a while, you need a little bit of proof.

Every dog has his day, I used to say. That was definitely woof day.

It’s a time I shall never forget, because we were in it together. I would protect them, and I wanted them to protect themselves by working as a team and caring about their mate. One of my lads had terrible problems off the field, and my boys came to me to ask me to help him, because he was hiding it from me. I sat him down and, in the end, he opened up to me and we got him some help. I wouldn’t have been able to do it without my lads helping.

That's why they were special. It took all of us to create that. It’s always about the team and the togetherness. Sticking together when things are going against you.

"Relationships are what football is all about. When you get them right, you’ll never experience anything like it"

Because life, as I’ve experienced it, is this: if you want something, you’re going to have to get burnt to get it. You’ve got to want it so bad. You’ve got to sacrifice and go in and get it, because nothing comes easy.

Football is changing, but deep down it's always been about getting people all pointing the same way. Pulling in the same direction and overcoming adversity. Whoever you are, whatever the size of the club, you’ve got to all pull together.

When you get that going, it’s quite an amazing feeling.

It’s like a pilot light on a boiler. The minute you turn the hot tap, what happens? It ignites. That’s what you try and get at a football club. That’s what players like the ones I had at QPR help you to get.

Everything is so instant these days. A cup of coffee: boil the kettle, and there it is. But not everything is like that.

It’s about building. And that’s what I know I can do if I want to work for the people. Because relationships are what football is all about. When you get them right, you’ll never experience anything like it. You won’t.

To do something together. To see somebody do what they didn’t believe they could. To try and affect people. To turn lemons into lemonade. It’s amazing.

I’ve had all these things. And, to be honest, there isn’t anything quite like it.

Watch EFL on Quest every Saturday at 9pm. Also available online and mobile to live stream and catch-up, whenever, wherever on www.questod.co.uk