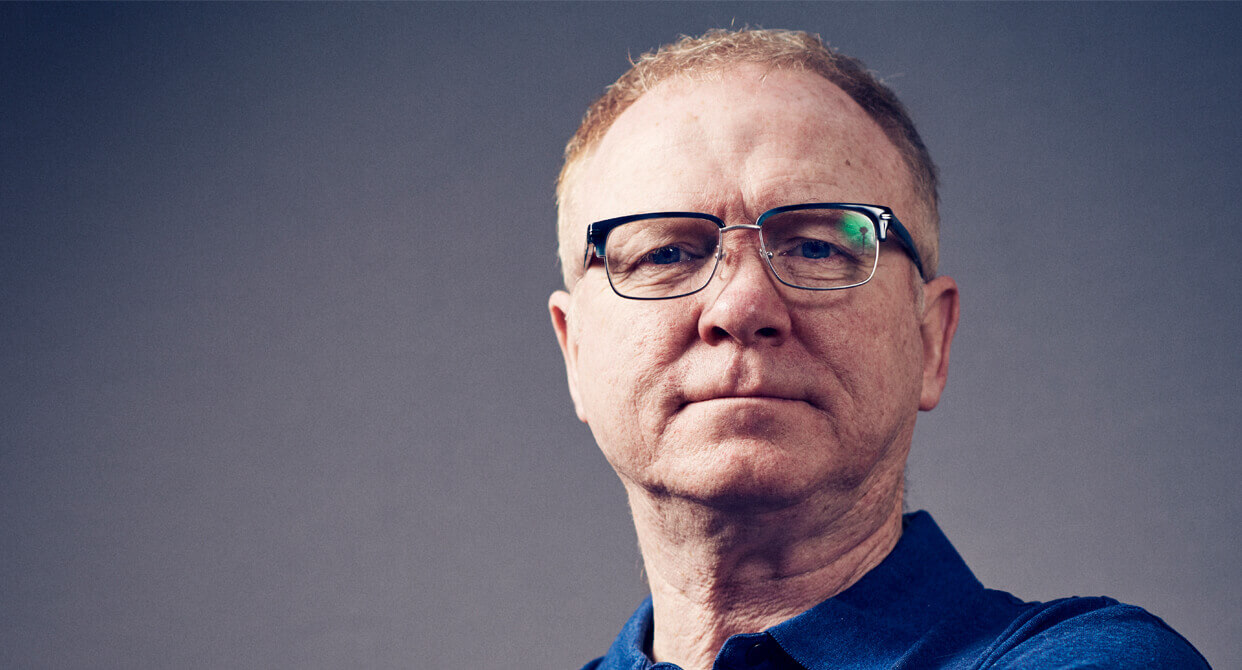 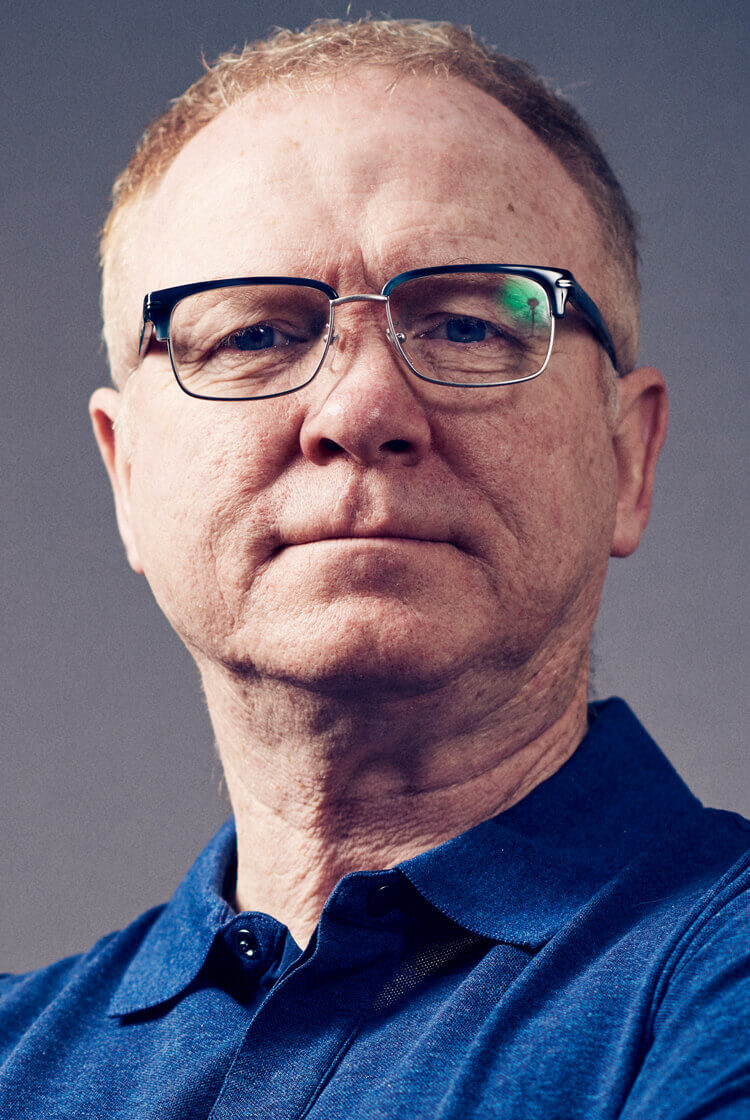 It came completely out of the blue.

I was 35 years old and coming towards the end of my playing contract at Aberdeen. I quite fancied having a wee crack in England before I retired, and a couple of clubs in what is now the Championship had shown interest.

But then I got offered a coaching job.

Would I like to be the new Motherwell manager?

It wasn’t exactly how I’d envisaged it. Once I finished playing, I had visions of working with an experienced coach. Learning my trade before jumping in at the deep end.

Before I made my decision, there was someone I had to speak to: the man I’d spent eight years playing for at Aberdeen.

He laughed. “None of us know when we’re ready, son.”

He said it was a good place to start: “A great club. A stable club.”

And I listened. After all, this was the man who had encouraged me to do the coaching course in the first place.

"People have talked a lot about marginal gains in recent years. Back then, Alex Ferguson had his own version"

I was in my late 20s when we had that chat: “The earlier you can do it, the better.” Sir Alex said it would add to my understanding as a player in the latter years of my career. And it did.

It let me see the game in a different light.

I was still playing with the reserves at Aberdeen when Sir Alex first came in as manager, but I watched him closely right from the start.

He was trying to rebuild the team and, at first, he was very strong with the players. Initially, a lot of the guys couldn’t really handle it. I think there was a wee, mini-revolt in the dressing room.

Sir Alex (below) was clever enough to notice that maybe he was going in too hard, too early. He quickly turned things around and forged a great relationship with the players.

He was only 36 when he started at Aberdeen, but his age was never an issue. We all knew he was the boss.

His attention to detail was something else. People have talked a lot about marginal gains in recent years, thanks to the success of British Cycling – but back then, Alex Ferguson had his own version.

If we were going to play against Rangers or Celtic in Glasgow, where Aberdeen didn’t have a good recent record, he’d tell us: “When you get a throw-in, run and get the ball. Sprint to get that ball. Take it quickly.

When we started to do that, we could actually see that we’d rattled the opposition. Then, all of a sudden, we started to win regularly at the homes of these two giant clubs.

"I don’t know if the modern-day player could take that. In our day, it certainly worked"

Sir Alex had so many of these little tips that would just stay in your mind forever. A lot of them came from his own mentors in the game. He spoke to Jock Stein a lot; Jock had been a very successful coach at Celtic for many years, leading them to become the first British team in history to win the European Cup.

I think the ‘hairdryer’ was all his own, though. It was there even in those early days of his career.

At half-time, if he said you’d done something in the first half that he didn’t want to see you doing again in the second, he would say: “You were doing that the whole first half.”

I’d turn around and say to him: “I only done it once.”

I don’t know if the modern-day player could take that. In our day, it certainly worked.

Sir Alex was right about Motherwell, too. It turned out to be an incredibly good start for my managerial career.

In my first season, we ended up second in the league – behind Rangers but above Celtic.

At that point I’m thinking: I don’t know what I was worried about. This is an easy job.

You find out the hard way that it really isn’t.

When we lost all our best players after that season, I learnt a valuable lesson: that the most important aspect of professional football is the recruitment.

Whatever challenge you face – whether you’re building a team to win the league, to avoid relegation or to stay in the middle of the table – the most important thing is to get the right people for the job.

"You might inherit a player who you know will be disruptive, but you have to think: what does he bring us on the field?"

There are lots of factors in trying to get the right players. Having a good network of contacts is one of them.

I was lucky in that I could pick up the phone to Walter Smith or Sir Alex – people who I got to meet in the game as both a player and a young coach. It’s important to use these contacts.

Sometimes, though, you still don’t get the right guy.

I tried to get Jonny Evans for Birmingham once. I wanted to take him on loan from Manchester United, but Roy Keane got there first.

He’d been at United when Jonny was a young guy growing up. Seen him in training every day. So he had a wee advantage and managed to get Jonny to Sunderland, where he turned out to be an inspirational signing.

I also learned how to identify the right player for what you want.

At Motherwell we had a striker, Tommy Coyne, who was top scorer in Scotland the season we finished second. After that year, injuries caught up with him.

We had to find another Tommy.

I went to see a player who I thought could fill Tommy’s boots. Someone who moved like him. Someone I thought would offer us some of the same qualities.

But when we actually bought him, he wasn’t Tommy Coyne. He was a nice player, but he didn’t have the guile or nous that an experienced player like Tommy had.

Sometimes, if you’re taking in free transfers or you’ve only got a budget that covers wages, you might have to bring in a character who is a great footballer, but not quite your ideal in terms of the dressing room. You know he might be disruptive, but you have to think about: what does he bring us on the field? And can the other players tolerate it?

On one occasion, I had a player who was difficult. The club wanted to let him go. I had to tell them: “Right now, I need him.”

If at the end of the season you’re where you want to be, then you can engineer a way out for him.

Until then, it’s a real case of man-management.

I ended up firefighting in my second season at Motherwell. It was a different battle altogether, down in the lower half of the table. But some of your greatest achievements are in keeping a club’s head above water. Making sure there isn’t a relegation.

In my second job at Hibernian, I couldn’t do that.

I took over in the February, by which time the team were in a pretty desperate stage. I couldn’t keep them up.

But I saw the job as taking one step back to go two forward.

We rebuilt the team. I used some good young players – including Kenny Miller, who had come through the system. And I bought some experience I thought would add considerable quality.

Three players transformed the whole team: Franck Sauzee was an ex-French international who had won the European Cup with Marseille. Russell Latapy was Dwight Yorke’s best pal and a genius. And Mixu Paatelainen was a famous Finnish international.

Together, they brought out the best in the other players.

In my first full season as manager, we were promoted back to the Scottish Premier League.

It was the start of a journey that took us as high as third in the league, to the Scottish Cup final, and to Europe.

And one that, after three years, helped me to take another big step forward in my career. This time, with Rangers Football Club.

Once again, I didn’t know for sure if I was ready. But I knew what Sir Alex would say, and that was plenty good enough for me.