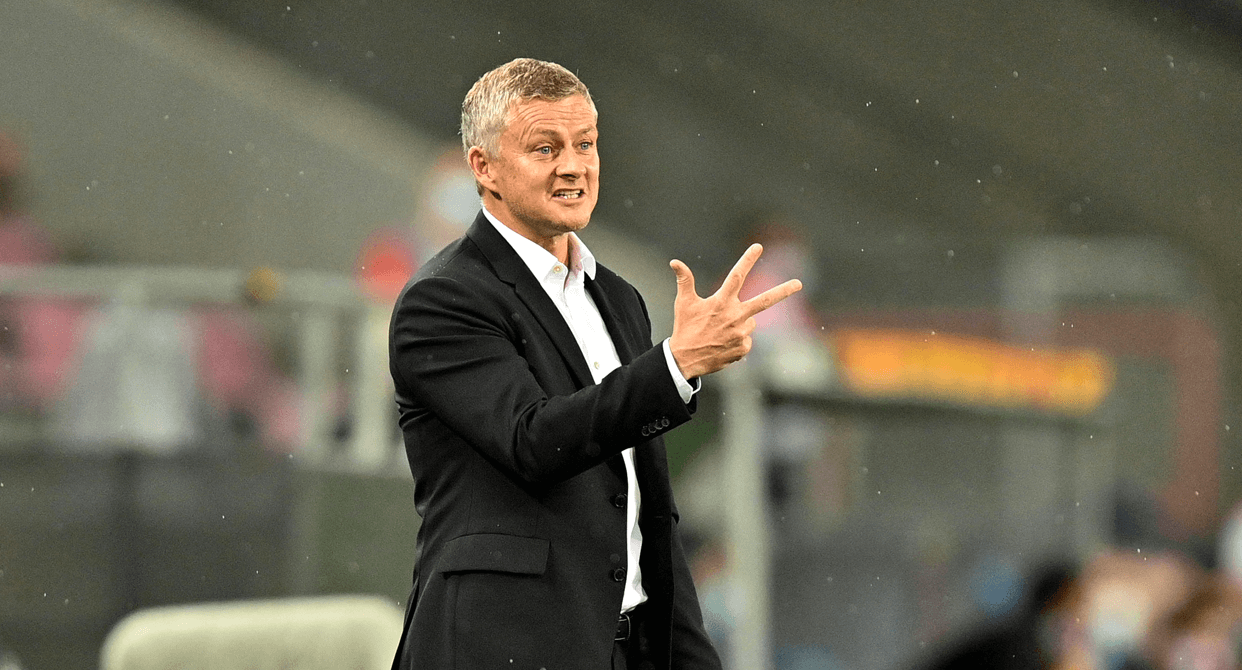 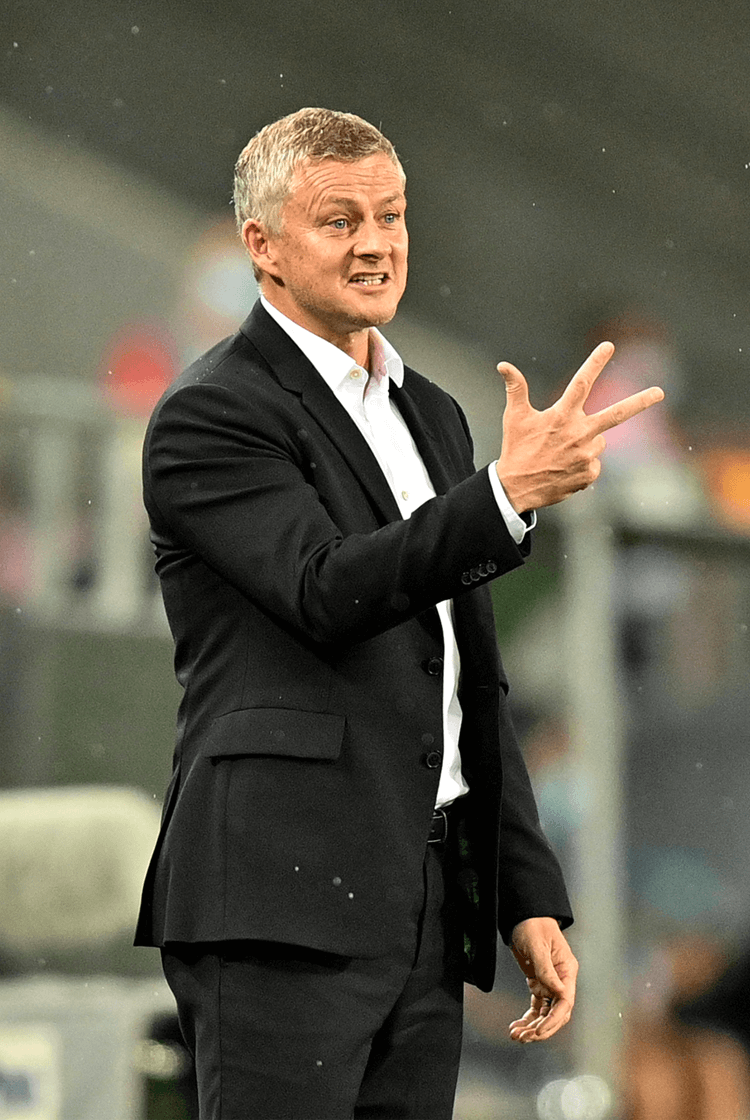 Profile
If Ole Gunnar Solskjaer is still to lead Manchester United to a trophy since his appointment as manager, in restoring their identity he has perhaps achieved something more valuable. As is common for a club appointing several managers in quick succession, as United did with David Moyes, Louis van Gaal and then José Mourinho in the years after Sir Alex Ferguson's retirement, those managers' contrasting transfer policies left them with an unbalanced squad, and it is only under Solskjaer that the signings they have made have consistently resembled those Ferguson favoured.

In Daniel James, Aaron Wan-Bissaka, Harry Maguire and Bruno Fernandes, Solskjaer has recruited players whose finest years are expected to be in front of them; in Brandon Williams, Scott McTominay and Mason Greenwood he has also had faith in those the club's youth system has produced. United again play with pace, width, and numerous attacking players. The time will come when he will need to deliver trophies and to oversee a convincing challenge for the Premier League title, but Solskjaer has given himself a promising platform on which to build.

Playing style
The managerial career that began with Molde in Norway, and briefly took Solskjaer to Cardiff City before his returns to Molde and later United, has consistently involved him demanding attacking, energetic football from 4-3-3 and 4-2-3-1 formations. He has favoured narrow wide forwards who come infield as early as possible in support of a lone striker and play in front of a number 10, and full-backs advancing to provide their attacking width with the confidence that comes through knowing defensive cover is being provided by a double pivot at the base of midfield. When one of those two defensive midfielders offers a late run to between the striker and a wide forward to contribute to attempts to stretch the opposing defence, his teams attack with seven players.

The energy with which the free-scoring Molde performed was encouraged by Solskjaer's willingness to experiment with young players, Erling Braut Haaland included, and that sense of energy is something he has attempted to instil at United. They instantly sought to cover more ground, and to advance further forwards both with and without possession; it was under Solskjaer that they scored five league goals in a league fixture for the first time since the retirement of Ferguson, whose methods he spent so long observing.

Solskjær's preferred, attacking 4-3-3 was also complemented with an occasional four-diamond-two and, briefly, a 5-3-2. As with Molde, that 4-3-3 involved both wide forwards drifting inside and late support from a defensive midfielder – often Paul Pogba, their top goalscorer in 2018/19. Their four-diamond-two, similarly, was given its width by their overlapping full-backs when their two wider central midfielders supported the lone 10 playing behind a front two.

Both shapes demonstrated the split strikers (below) he preferred his teams to counter with, and which proved influential during the fixtures United had a reduced grasp of possession. One attacking player would withdraw into central midfield to encourage a more compact shape and to increase their numbers there, particularly with the need to protect what had long been an inconsistent defence, leaving the remaining two to adopt wide defensive positions from where they were encouraged to pursue the spaces around their opposing central defenders. The pace offered by Marcus Rashford and Anthony Martial, when complemented by accurate passes from central midfield and a late runner – perhaps Jesse Lingard – gave them significant potential during transitions.

He has continued to rely on a 4-2-3-1, but if United's wide forwards retreat into defence to support the full-backs behind them, they occasionally struggle to transition into attacks because of the lack of height and connections they offer in the final third after regains, and when their defensive efforts mean they already lack width. It is when regains are made in advanced territory that, particularly since James and Greenwood have so often featured in that front four, the significant speed they possess becomes United's greatest asset. Ferguson's 4-4-2 often featured a striker withdrawing into a deeper position – Wayne Rooney, Teddy Sheringham and Eric Cantona were all capable of doing so expertly, sometimes alongside Solskjaer – and the influential Fernandes provides that same link.

Encouraging the first choice front four of Fernandes, Greenwood, Rashford and Martial to operate with so little width means having four strong finishers – from both distance and inside the penalty area – remaining in range to shoot. They are each also effective when combining with only one or two touches, and have the freedom to do so even if they occasionally risk their defensive solidity, or their control of possession in midfield. Pogba, as a consequence, rarely advances as far forwards as he did in Solskjaer's 4-3-3 (below), but his superb passing range – over, around or through defences – can release those with such pace in front of him.

Pressing and defending
The double pivot employed at the base of midfield is so often crucial to Solskjaer's favoured defensive approach. At Molde his defensive midfielders were encouraged to offer cover behind their full-backs and to help defend against balls played over the aggressive press he demanded from his attack. The numbers they therefore offered in those central positions gave them the ability to duel against direct play; if opponents instead prioritised targeting wider areas, those forming Molde's double pivot moved to delay them and to restrict them to the touchline until their teammates could recover their defensive positions.

Similarly to at Old Trafford, Solskjaer also experimented with a 3-5-2 and a 5-3-2 (below). Often mid-match, against more difficult opponents, and to increase the numbers with which his team pressed from the front – potentially to win the ball back further forwards and to discourage attempts to build play through the central areas of the pitch.

By the conclusion of 2018/19, United had conceded 54 goals in 38 Premier League fixtures, so their manager therefore prioritised strengthening their defence. The arrivals of Maguire and Wan-Bissaka and the emergence of Williams have been significant, and Solskjaer has also overseen their evolution from a team that retreated while defending into one with more assertive intentions that attempts to pressure their opposition. The speed of their full-backs also encourages the higher defensive line Solskjaer sometimes favours when using a back four, and gives them the ability to recover into defence after contributing to attacks.

United continue to improve at passing on runners, holding their ground, and confronting the ball carrier, and throughout 2019/20 – they finished third, when in 2018/19 they came sixth – they conceded 36 goals. From the deeper block they occasionally use from their 4-2-3-1, they are also not using the same split strikers.