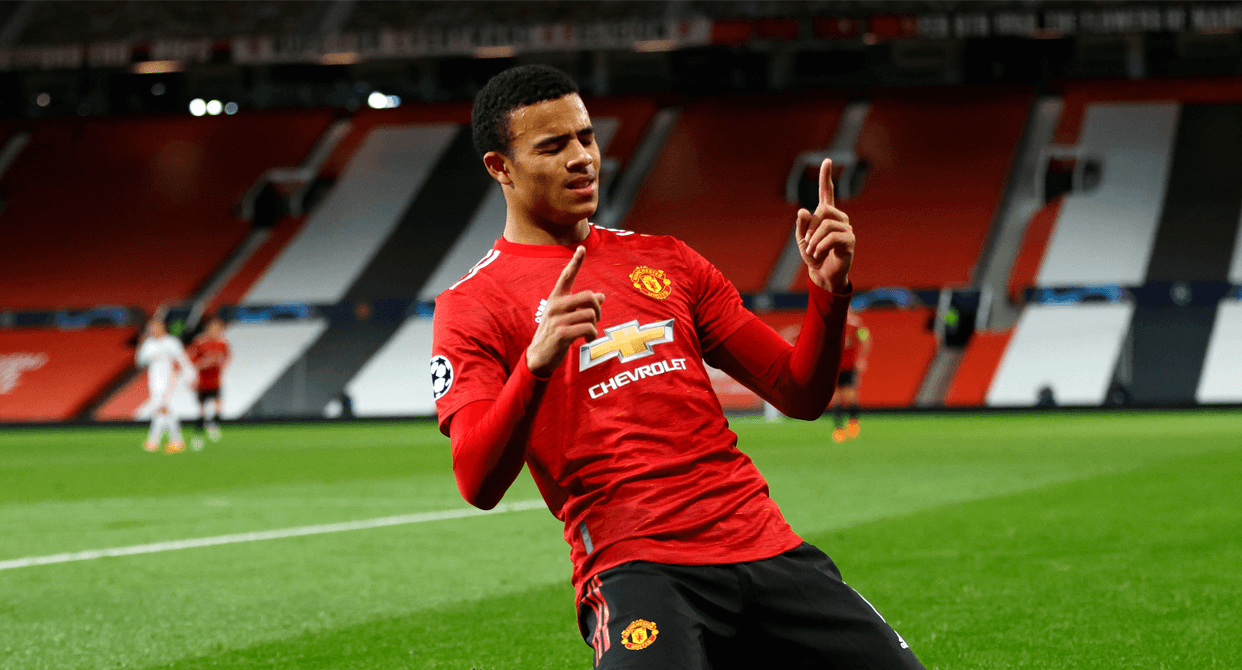 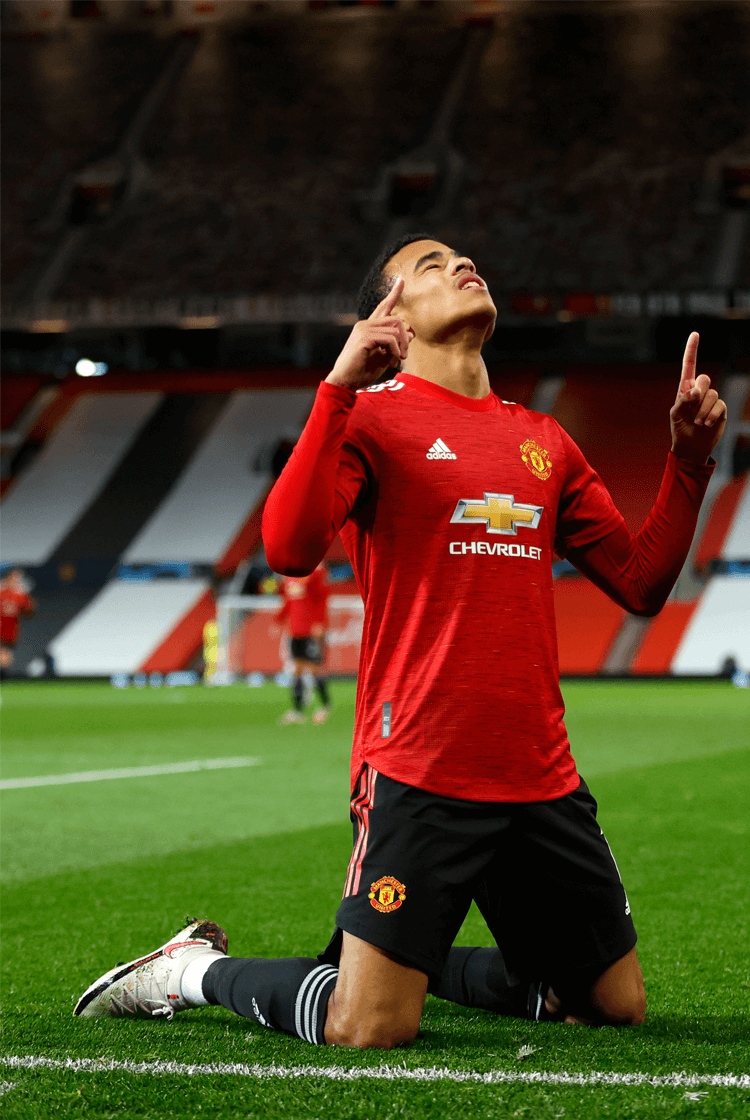 Profile
The future of English football appears bright. Jadon Sancho, Marcus Rashford, Callum Hudson-Odoi, Trent Alexander-Arnold, Mason Mount, Bukayo Saka, Declan Rice, Phil Foden and many more provide cause for optimism, and the development of young, English talent shows no sign of slowing. Manchester United’s Mason Greenwood, the youngest Englishman to make more than one appearance in any of Europe’s top five leagues in 2019/20 and the Premier League’s youngest goalscorer during that season, is among the brightest of all.

“The closer he gets to goal, the more dangerous he is. Right foot; left foot; he is a nightmare for defenders,” said his manager Ole Gunnar Solskjaer. “He needs to develop his heading. Then he can be a proper striker. I’ve seen a few good ones – I played with Wayne Rooney – but for natural finishing Mason’s one of the best I’ve seen. He is so precise."

Tactical analysis
Greenwood has been one of the main beneficiaries of Solskjaer’s insistence on trusting in the quality of the players produced by United’s academy – as witnessed when coming off the bench to make his first-team debut in the second leg of their Champions League last-16 trip to Paris Saint-Germain in February 2019. United's squad was depleted, and they were desperate for a late goal to take them through, but Solskjaer still had belief in Greenwood.

Then just 17, Greenwood showed no sign of nerves after his late introduction – and nor has he since. He is primarily a goalscorer, but one who strikes the ball with an assurance that suggests he shares his manager’s confidence in his ability. He looks a player who feels he already belongs at the top.

He has, to this point in his career, looked most comfortable on the right of their attack – either in a front three or as a centre-forward who naturally moves out there. When one-on-one with a defender, he is brilliant at working himself half-a-yard of space before shooting.

He requires very little backlift when shooting (below), and he hits through the ball to generate impressive power with seemingly little effort – in that sense, and perhaps that sense alone, his technique is reminiscent of Jermain Defoe's, who succeeded largely because of his ability to shoot quickly. Combining the precise finishing Solskjaer has spoken of, with his composure, makes him a lethal centre-forward.

Role at Manchester United
Greenwood tends to play on the right of United's attack, but he likes the freedom to move into central positions in search of the ball. He has already built a strong understanding with Bruno Fernandes, who has become key in knitting moves together at Old Trafford.

Though Greenwood is at his best in front of goal, he impresses when coming off the right on to his stronger left foot to link play, particularly through swift one-twos with a more advanced teammate to get on the ball in space between the lines and facing goal. In United’s most commonly seen 4-2-3-1 formation, he is adept at creating overloads alongside the central attacking midfielder – usually Fernandes – and striker, and therefore provides a threat on goal even when on the ball in deep, wide positions. Though he can be let down by his weight of pass and decision-making when trying to play a teammate in under pressure (below), he has already shown his threat when shooting from distance, regularly scoring from outside of the penalty area.

The reality, however, is that he can’t continue to rely on long-range shots and can instead increase his return in front of goal by improving his movement inside it. Solskjaer – a former United striker – could even prove the perfect mentor. There have been signs Greenwood is improving in that respect, but his changes of speed to attack the area and movements on to the blind side of defenders still need work. He rarely gets on the end of crosses or offers a threat close to goal; too few of his shots are taken from inside the six-yard box. A natural striker of the ball he may be, but he does not yet look an arch poacher.

The majority of Greenwood’s goals have come with his left foot, and at times he has appeared somewhat one-footed. As Solskjaer has attested, however, he is also a threat with his right, and can shift the ball on to either foot before shooting – a huge part of what makes him so difficult to defend against. He is so confident with his weaker right foot, in fact, that in the FA Cup victory at Tranmere in January, Greenwood took his 56th-minute penalty with his right – and scored.

His tendency to come off the right can take a defender with him, as they don’t want to let him turn and run at goal, and Greenwood often plays horizontal balls infield as a result, often switching play adeptly (above). When he is tracked, space is created in the channel he has vacated either for Aaron Wan-Bissaka to attack from right-back, or for Greenwood to spin off and exploit. That could become a significant strength as Solskjaer and United develop their attacking patterns.

When the manager sanctioned the departures of Romelu Lukaku and Alexis Sanchez to Inter Milan, there were doubts about the capabilities of the young players who would be promoted to his first team to replace them. Greenwood isn’t yet a leading Premier League striker, but he is already starting to show his manager was right to trust in him. To have established himself at a club like United is testament to his significant ability, and to him looking destined for the very top.