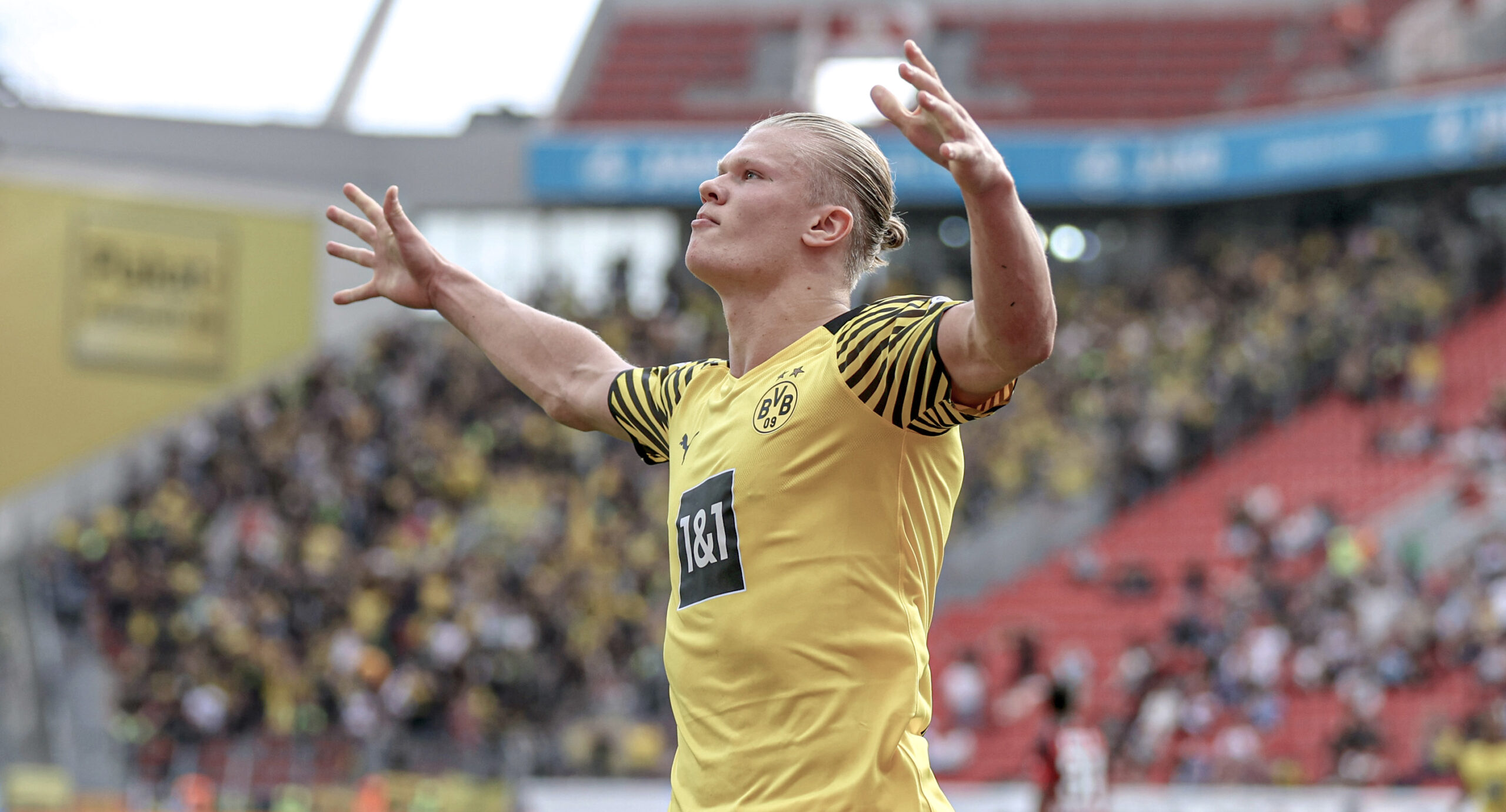 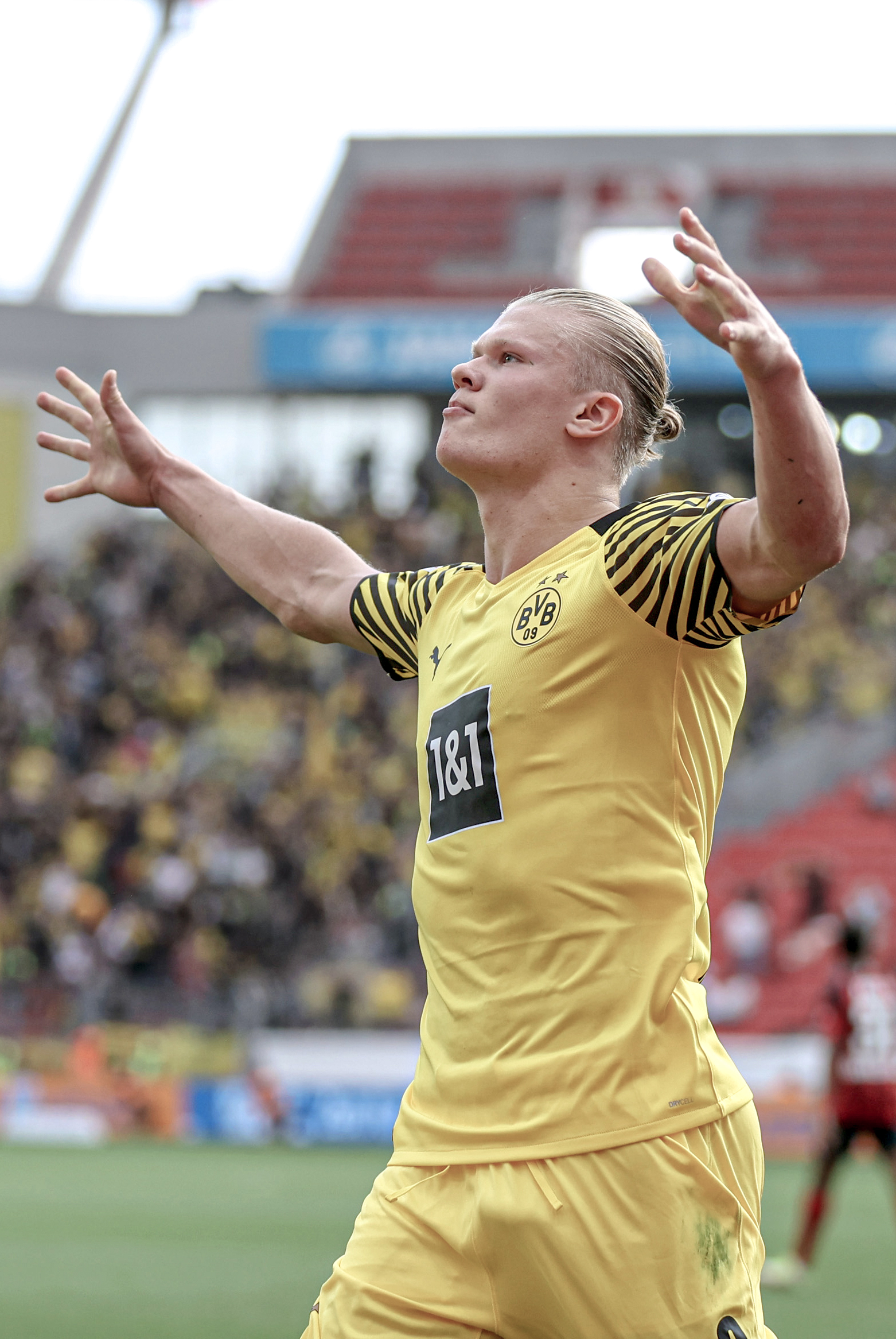 In football you have technical and tactical skills, but there is also the psychological aspect and the mental strength. Erling Haaland was very good at each and every one of them.

I coached Erling at Bryne F.K. He was part of a group of 40 players. At that time, Bryne was a town of 11 or 12,000 people and, because it's a small town, we all knew each other, so when his father came over from England we all knew who they were. I think Erling was three at that time.

I have been in football most of my life. I was a pretty decent player, but when I was 17 I suffered a serious injury. I kept playing for many years, but not at the level I wanted to, so I started coaching when I was in my early 20s. My life has revolved around the sport for more than 30 years.

When you're a coach, you're on the other side of the line. It's two different worlds. I've always loved playing. If I could rate the experience, playing would be a 10 and coaching maybe a six or seven.

When you play, you are part of the whole experience and you can enjoy it; you can look forward to the games. When you coach it's a bit different because you have a lot more responsibility.

If the team loses it's your fault, and if the team wins it's the players' merit, so it's very different being a coach than a footballer. I like coaching, but the approach is very different.

I have coached adults, youth, children and women. My career includes grassroots and professional football – I like to do it at all levels. I enjoy youth football because I can see the development of each player month by month. In the case of Erling, his evolution was incredible.

"haaland understood, from a young age, the moves to make"

At first he trained once a week, then for the next two years he trained twice a week. From then on he was a regular in our team until he was 15 or 16.

A lot of people thought he was too small and skinny. Yes, he was skinny. But people focused on that without taking into account that his teammates were a year older than him – that's why he seemed to lack physique. However, when he joined that group he kept scoring goals in training, and when he played matches he kept scoring. He kept scoring at all levels, just like he does today.

He smiled a lot. He scored a lot and he always trained a lot.

He understood from a very young age the moves he had to make – he knew where to run, where to place the ball, and he had an unbelievable winning mentality. The only thing he lacked was the physical side, but I knew, because I knew his older brother, that Erling would eventually develop and become a stronger player.

"he talked about wanting to be a top international player"

We recognised that what Erling lacked at the time would become his biggest asset in a few years, and when that happened, he basically exploded. He became the complete package that he is now.

He always showed a great desire to win from day one. From a distance, I could easily see if he was winning or losing. He didn't give up when he lost; no matter if it was in a training session or in a match, he was always willing to take on big responsibilities, like taking a penalty in the last minute. He wanted to win and was never afraid to lose. There are players who fade away at such moments, but Erling never did.

Even if he didn't succeed, he kept training, never losing concentration, and showed an even greater desire to win. When the opportunity presented itself, he was ready to act. The combination of a winning mentality, his desire to win, never being afraid of anything and his willingness to train made him the player we see today.

Until Erling was 12 years old we only played in our region. Then, when he was 13, we started competing against teams from other regions. It was at that time that he caught the attention of a wider audience.

We started to play seriously and, twice a year, we participated in tournaments in other parts of Norway. The team did very well; so did Erling. From then on he has dealt with other people's expectations.

He is ready to handle the pressure. From a very young age he talked about wanting to be a top international. A lot of 11 and 12 year olds tell themselves that they want to be the best, but Erling knew, from a very young age, that he really could do it.

He was picked for the Norway youth team when he was 15 years old and he kept scoring at all levels. From very early on he saw where he was going. By then we had already changed his position on the pitch from winger to striker, although he was still evolving physically.

Off the field, his father, Alf-Inge, has played an important role in Erling's career thanks to his experience as a player in the Premier League. Always quiet around the training ground, he never put pressure on his son – he let Erling develop on his own. But as Erling got older, his father recognised what could become in the years to come.

"in his second year at molde he became a household name"

Having a safe and good environment, having Inge as a father, and being surrounded by his childhood friends has helped him a lot. Besides the influence of his father it was very important for him to grow up in a town like Bryne, a place where he didn't have all the media attention that surrounds young footballers today.

If he had grown up in a big city – like Madrid, Paris or London – he would still have become a good player, because Erling always wanted to have fun and loved to train. But maybe in Bryne it is easier than in other cities to let young players grow up without pressure and enjoy football without taking it too seriously.

It's natural for them to take the sport more seriously as they get older, but they don't have to behave like adults when they're only 10. That, as I see it, was very important in Erling's early years. It's very important to let children be children.

When he was 16 he moved alone to Molde F.K. and had to take care of himself. He and his family made a good decision to go to that club because the first team was already relegated – there was no pressure for him and he could be in a good, professional club.

"he has the mental strength for an incredible football career"

All of Norway could see the enormous potential Erling had. From then on, his family and his entourage have done an incredible job in managing his career, making a perfect selection of clubs.

Nowadays, when you have a good player there is always the temptation to take him to the top teams, but there is a lot of pressure there. There are 20 other players trying to do everything they can to get to the top. Erling moved away from that big-name team option, favouring a much more patient approach that has worked to his advantage.

It's hard to say what's next for Erling, but I know he wants to improve in every aspect, and I'm sure he will. He has shown that he can make a difference at the top level, but now every opponent will adapt, trying to prevent him from creating goals.

It's not easy for him to be more efficient in his finishing because he already has such a high percentage, so I guess he will work with his coach to improve in many other aspects of the game. If injuries don't strike, I think you will see a better version of Erling every season.

Despite the lustre and magnitude of his persona, Erling is still the same guy I was fortunate enough to coach – a down to earth, funny, and loveable player. He loves football, he loves training, and he is clear about what he has to do to achieve his dream.

He has, as I said, the technical and tactical skills he needs. But above all, he possesses the mental strength for what is going to be an incredible football career.

I will always proudly say that I have coached Erling.