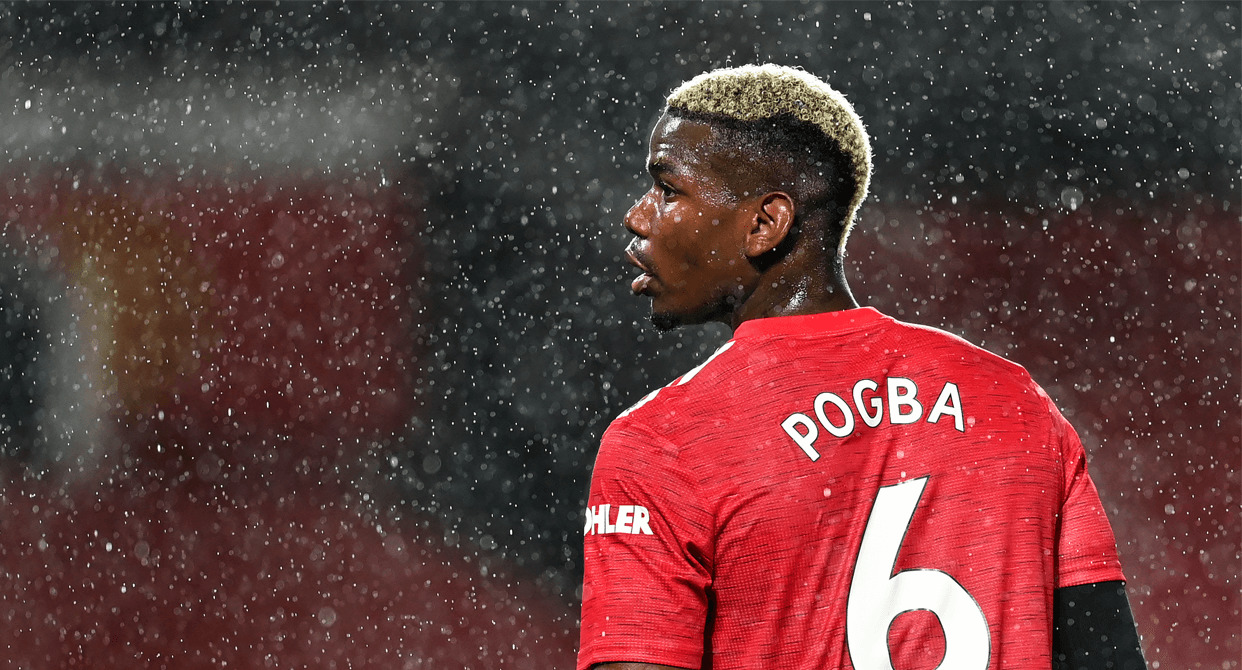 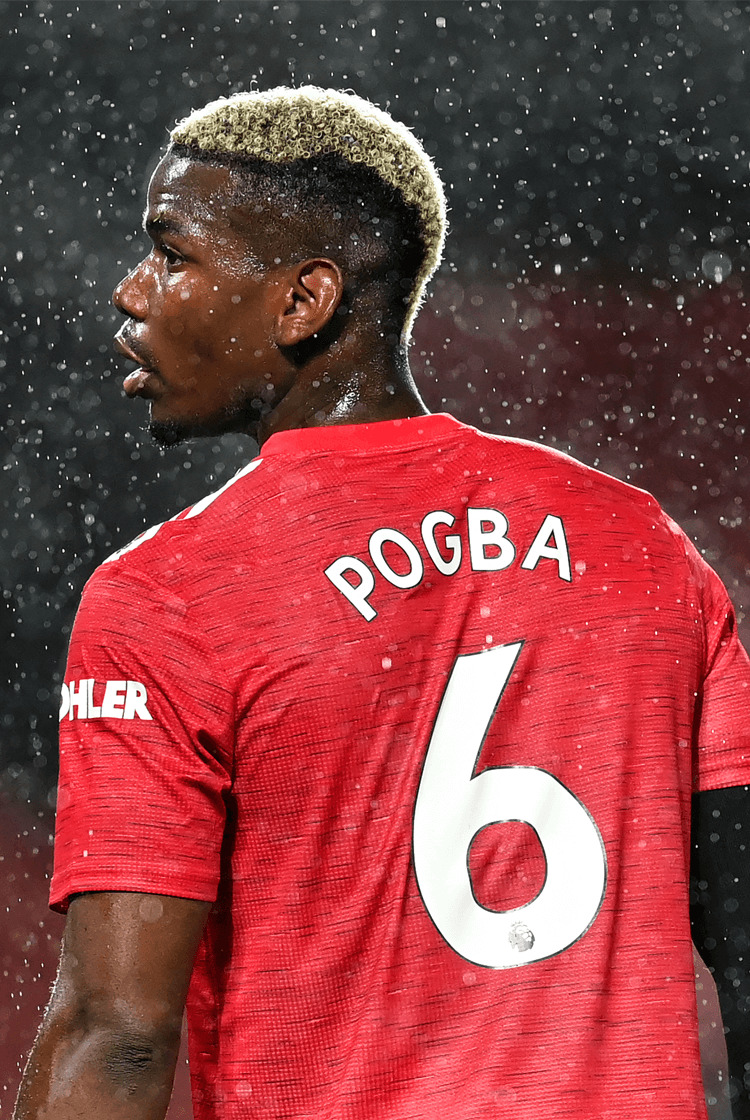 Profile
When Paul Pogba returned to Manchester United from Juventus for a then world-record £89m at the age of 23 in August 2016, he was expected to become the leading figure in José Mourinho's new-look team. Mourinho has since departed, and instead of developing into one of the world's leading midfielders when he might be at his peak, Pogba, a World Cup winner with France, instead finds himself competing for selection in United's midfield with Fred, Scott McTominay and Nemanja Matic.

There is little question that he remains among the Premier League's most talented players, but he continues to divide opinion and his future remains the subject of almost constant speculation, particularly given United's apparent unwillingness to select him in what most observers consider his strongest position. "He can be a fantastic player," said one-time United captain Gary Neville, expressing the views of those who continue to believe in Pogba. "I do think he can impact games, he's got the courage and skill and experience and winning mentality to play in these games. I think it can happen."

Tactical analysis
Pogba is a versatile midfielder who is capable of both forming the link between defence and attack and using his physical attributes to drive his team forward, both with and without possession, as a box-to-box runner. Like few others, he can contribute to all phases of an attack, and easily adjust to the need to defend, when necessary.

His passing range is one of the most impressive aspects of his game. Pogba is capable of playing penetrative passes through or over opponents, beating more than one line of pressure, and during moments of transition can deliver long (below), diagonal passes over the opposition's defence. His technique often involves him stabbing the ball to ensure backspin for the receiver – preferable if the ball is likely to bounce before reaching its intended target – and he requires minimal space, and few touches, to execute doing so at the earliest possible point.

When he is attacking from further forwards or between the lines, Pogba seeks to slide well-weighted through balls between defenders – sometimes through more than one line of defence – and into the path of an attacker's forward run, though sometimes he struggles in crowded areas. His habit of playing lofted balls over defences in those circumstances can be difficult for his teammate to control, and demonstrates his questionable decision-making under pressure when he could instead switch play or play away from that pressure. He impresses when using stepovers to create space to cross, but doesn't do either with enough regularity.

Pogba's size – he is 6ft 3ins tall – helps him protect the ball when under pressure, and he also uses his body well to steal possession when to the side of or behind an opponent by subtly working his body across them and using his height to get between the opponent and the ball. He doesn't react quickly enough at defensive transitions, but if he could improve that he could be very useful in a team that presses.

Role at Manchester United
The 4-3-3 Ole Gunnar Solskjaer favoured when he was first appointed United's manager featured Pogba as their left-sided central midfielder behind a wide front three, and coincided with perhaps Pogba's most consistent period for United. That position, from which he regularly burst forward through the left inside channel or attacked infield towards the penalty spot (below), is unquestionably that to which he is most suited.

That 4-3-3 has been replaced by a 4-2-3-1 that features the influential Bruno Fernandes as their number 10 and Pogba instead one of those in their double pivot, therefore with less freedom to break forward. United's left-back – first Ashley Young, and since Luke Shaw or Alex Telles – is encouraged to overlap around the left-sided forward, most commonly Marcus Rashford, who then attacks infield, meaning there is an increased need for Pogba to remain disciplined and hold his position. Defending and pressing are not particular strengths, but he has had to sacrifice other parts of his game to fit into Solskjaer's system.

Wide attackers Rashford, Daniel James and Mason Greenwood all favour attacking infield instead of remaining wide, but even if they were instead instructed to hug the touchline, Fernandes' central positioning would block Pogba's favoured path to goal. Where they instead complement him is through the diagonal runs they offer – Anthony Martial's forward runs are also favourable – that gave him numerous passing options, whether during lengthier periods of possession or moments of transition. Half of the first 26 assists Pogba recorded in the Premier League involved him sliding a wide forward in behind the opposition's defence.

Pogba often operates on the right side of their double pivot, and has built a good understanding with Aaron Wan-Bissaka. United's right-back will often be stationed in line with that double pivot to give the ball to Pogba, as he rarely moves much further forwards, and from that position Pogba has the ability to whip first-time passes into the channel for Martial – who knows what to expect – to chase (below). That sequence is similar to that Juventus used during Pogba's time in Italy, when Andrea Pirlo was more likely to play the pass.

With the pass over the top acting as a trigger for Rashford to move off the left into a central position, those moves are far more effective in deep positions when Martial and Rashford have space to run into, though Pogba has the ability find his target when there isn't much space to aim for. Fernandes will also burst forwards when he sees Pogba is about to play that nature of pass, in the hope of getting beyond the opposition's midfield for a cut-back.

Although Fernandes' presence is the reason Pogba is not able to get forwards as often, the Portuguese playmaker provides another passing option for Pogba to look for from deep positions. Fernandes often moves away from the centre of the pitch, and will peel away from the far-side centre-back and call for Pogba to attempt a diagonal pass in behind. United's many other attackers then make supporting runs off Fernandes, knowing he has the ability to find a killer pass once he has the ball under control. Getting Fernandes on the ball in advanced areas has been crucial to United's best performances since he joined.