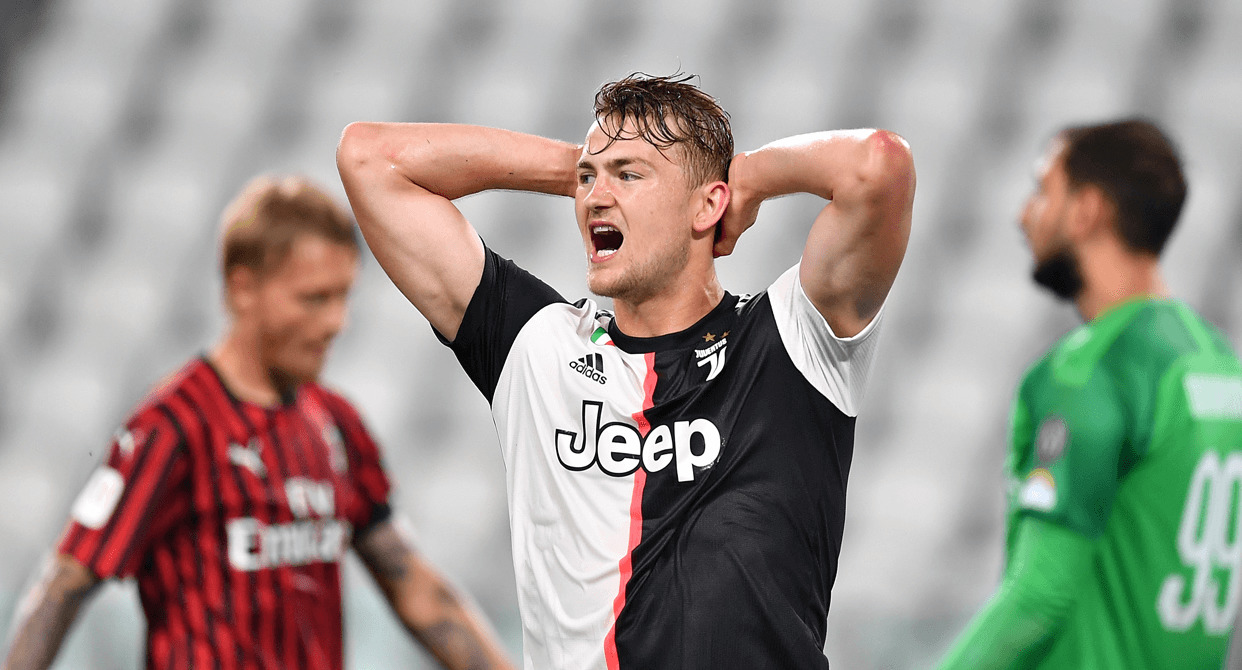 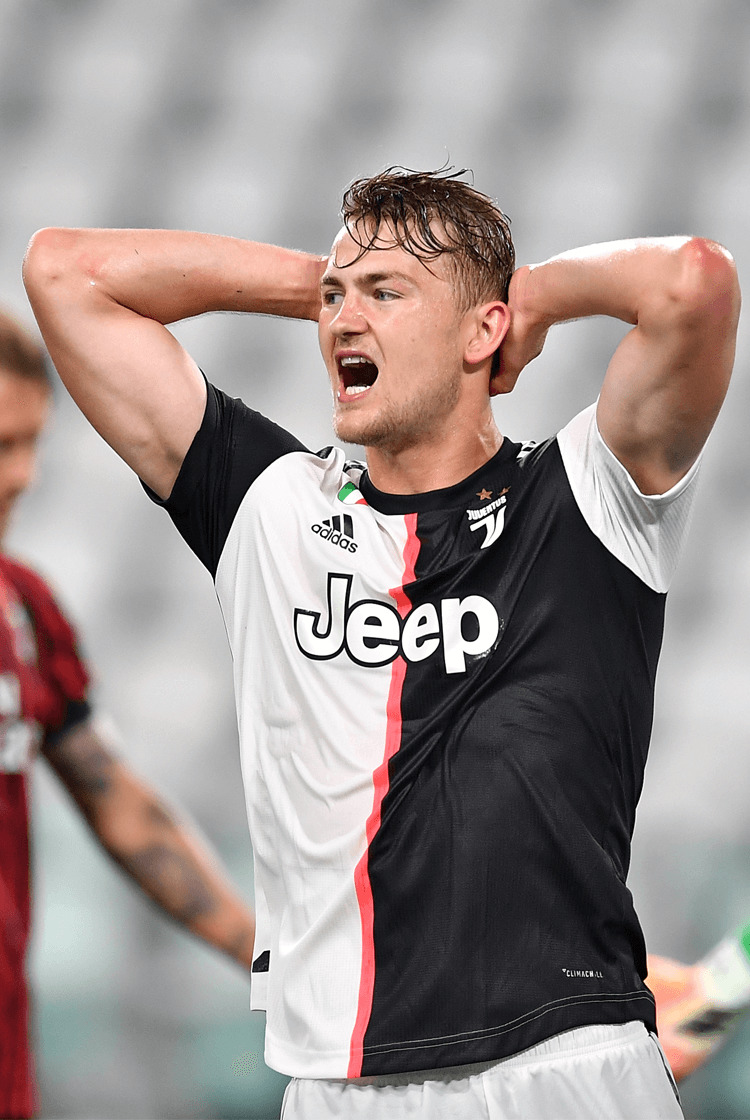 Profile
Matthijs de Ligt joined Juventus from Ajax as not only one of Europe's most sought-after players, but having, at the age of 17, become the youngest player to start for the Netherlands since 1931, and at 17 years and 285 days become the youngest ever to feature in a major European final – Ajax's Europa League defeat by Manchester United in 2017. He made his senior debut at 16 in a 5-0 victory over Willem II, in which he became the club’s second youngest goalscorer after Clarence Seedorf, and is widely expected to become the leader of a new defence for so long so impressively inspired by Leonardo Bonucci, Giorgio Chiellini and Gianluigi Buffon.

If he sometimes struggled during his first season in Serie A, Ronald Koeman, one of the finest defenders the Netherlands has produced and his manager at international level during that first season, remains convinced it is only a matter of time before he again performs to his considerable potential. "Sometime people take change too easily," he said. "I still have the newspapers of my first match at Barcelona. It was a disaster. We lost 2-0 and everybody was questioning my arrival. But if you asked them now about me I bet it's different."

Tactical analysis
Even for a modern central defender, De Ligt is particularly impressive in possession. If he favours playing as the right-sided central defender, he is capable of quickly combining with the defensive midfielder playing in front of him by advancing into the spaces that that midfielder creates by drawing opponents out of position, and then progressing play with accurate passes into feet. His passing range is also improving to the point he is increasingly providing an increased attacking threat by playing longer-range passes across the pitch towards the far-side winger, advanced full-back, or a wide-moving attacker.

His aerial abilities – both when attacking and defending – are similarly impressive. His stature and power is complemented by strong leaps from either static positions or while moving, in the same way he is as capable of moving on an opponent's blindside as he is of running across his marker and winning the first contact, whether against zonal or individual marking systems.

It is in other areas that De Ligt needs to improve. His long-range passes are yet to prove as accurate as those he plays to feet. He also prefers marking tightly – in keeping with the traditions of Italian football – and relies on consistent body contact and disturbing opponents' rhythm, particularly when waiting for the arrival of a cross, but is occasionally guilty of allowing his attacker to move across goal and attack into space (below). For all of his power, nimble opponents are similarly capable of testing him.

If he can succeed in doing so, given he is already capable of simultaneously monitoring his opponent and the ball's trajectory – and therefore of discouraging his opponent from moving on to his blindside, and defending as he prefers with the game in front of him via blocks and tackles – there is little to prevent him from becoming one of the world's best. Those lower deliveries are regardless already often negated at the earliest possible moment if he is not distracted by an attacker, when he will also remain alert for the cross' second phase.

Role at Juventus
Unlike at Ajax, where De Ligt was a natural fit as the right-sided central defender alongside the left-footed Daley Blind, De Ligt has regularly featured on both the right and left side of Juve's defence, and mostly alongside Bonucci. He has been encouraged to play longer passes into more advanced teammates and to break lines, as well as to play short to those operating at the base of midfield – most commonly Rodrigo Bentancur. On the occasions he plays towards the left, he also attempts an increased number of longer passes.

From the left, he can open his body up on to his stronger right foot, receive possession from those on his left on to that same foot, and target the spaces towards the right having lifted his head, scanned the pitch and played a more ambitious pass. The speed with which he is proving capable of switching play – and in a team that has long favoured occupying the central areas of the pitch with numbers – is also increasing his potential influence.

Cristiano Ronaldo remains willing to drift wide towards smaller full-backs to receive direct passes, when his teammates offer support around the second ball and then build towards a more central teammate – perhaps Paulo Dybala. Those direct balls are likelier towards the end of matches, and De Ligt is often capable of delivering them.

It therefore may transpire that De Ligt's long-term position in Turin comes on the left side of their defence. Regardless of whether he is selected towards the right or the left, his defending technique remains consistent, and suited to a long-term future in Italy. He is also expected to continue to benefit from playing alongside Virgil van Dijk at international level, and Chiellini and Bonucci with his club.