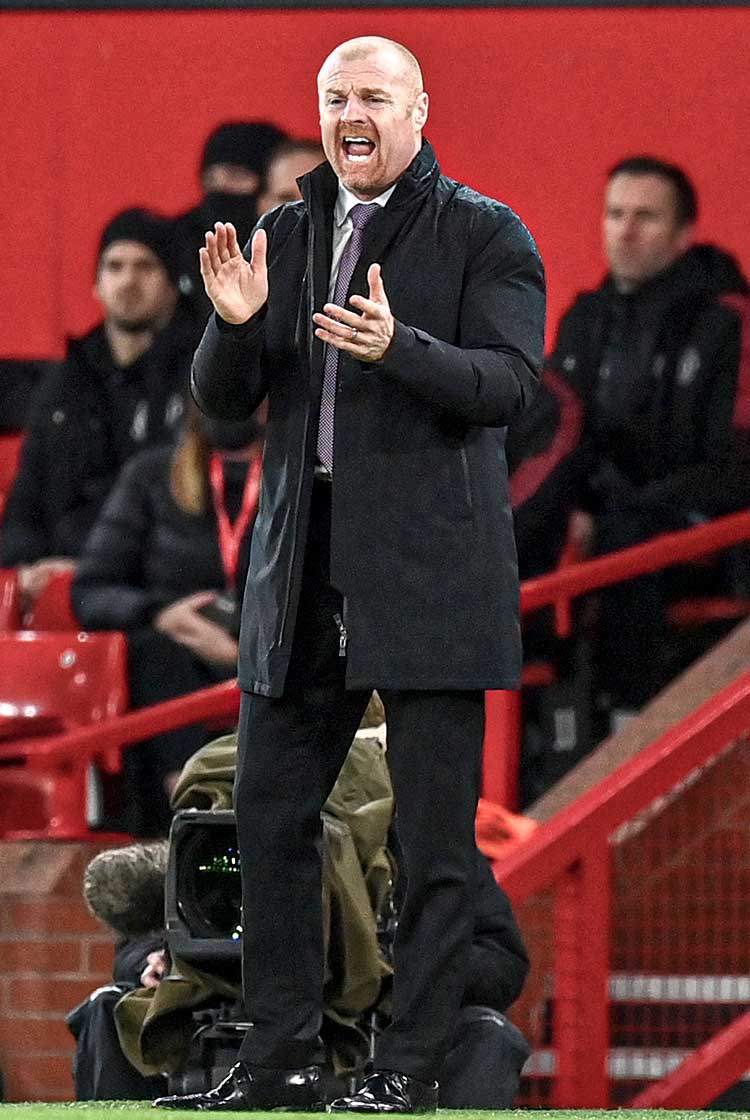 What is a low block?

A low block is an out-of-possession strategy through which a team focuses on protecting the defensive third of the pitch. The priority is to remain compact in a deep position, defending the space close to goal. The back line is positioned deep, aiming to limit the space in behind for the opposition to exploit. Just ahead of the defence, the midfield and attacking units look to keep the distances between each unit to a minimum.

The term ‘low block’ refers to the defensive strategy for teams that sit back closest to their goal, as opposed to teams that use a mid-block or a high press. In a low block, teams focus on the defensive third of the pitch; in a mid-block, teams focus on the middle third; in a high press, teams look to win the ball back in the attacking third. All three strategies come after a team has lost the ball – a defensive transition.

When using a low block, what do the players do when the team is in possession?

This means that, once the ball has been won by the team in a low block, there is space in behind the opposition to counter-attack into – particularly down the flanks if the opposing full-backs have pushed forward. However, because players drop very deep in a low block, the distance the team has to travel to the opponents’ goal following a regain is significant – far bigger than when defending in a mid-block.

Counter-attacks from deeper positions require quick and incisive forward actions – be those passes, dribbles, switches of play or runs either with or without the ball. They also require good hold-up play from anyone high up the pitch; by holding on to the ball and slowing down an attack, teammates are given time to catch up with play.

Following a regain in a low block, there will be lots of players in a small area of the pitch. As a result, it is common for teams to clear the ball and try to squeeze up the pitch. It is more common to see direct play accompany a low block than lots of short passes to break a counter-press; that is more common from a team defending in a mid-block.

When using a low block, what do the players do when the team is out of possession?

The main priority of the low block is to protect and defend the goal, and to crowd the space in front of goal. Although most low blocks are initially made up of three lines or units – defence, midfield and attack – players are encouraged to drop back and cover for any teammates who get pulled out of position and leave gaps in the defensive structure.

It’s essential for individual players to remain extremely disciplined in a low block, and not to be tempted out of position to try and win the ball. Keeping distances between players within each line – and between each defensive unit – to a minimum is crucial to the success of a low block. Any player who moves out of their slot to try and win the ball will compromise the team’s compactness.

As a significant amount of a team’s work in a low block comes close to or in the penalty area, players must maintain their positions for long periods. Defenders are constantly tested under prolonged periods of pressure, both to stay compact and make individual defensive actions to clear the ball, block shots and challenge for crosses. It is their job to make it as difficult as possible for the opposition to get a clear sight of goal.

Which teams and coaches use a low block successfully?

Diego Simeone has often used a low block with great success throughout his tenure at Atlético Madrid, usually from a 4-4-2 out-of-possession structure (below). Versatile midfielders such as Koke, Marcos Llorente and Saúl Ñíguez have played alongside defensively minded players such as Rodri, Héctor Herrera, Geoffrey Kondogbia, Thomas Partey or Gabi, to create a narrow and combative second line that can also transition quickly and dangerously to attack. Since 2020/21, however, Simeone has also used formations with a back five to add another body in central defence.

José Mourinho used a low block on occasions with both Manchester United and Tottenham Hotspur, as well as with Inter Milan earlier in his career. To add extra solidity to the United back line, he instructed his wingers to track the opposition full-backs, with his team then often forming a back line of six (below). With Tottenham, meanwhile, the double pivot in Mourinho’s 4-2-3-1 would fill in gaps in the back line to create a unit of six, with the wingers narrowing to form a three in the second line.

Sean Dyche often used a narrow 4-4-2 with Burnley, and the low block was key to their survival in the Premier League. Dyche’s wingers worked back and narrowed to form a compact midfield line of four. This protected the full-backs, who aggressively pressed outwards when the opposition played around the block. Burnley aimed to force the ball away from the centre of the pitch and had big, strong centre-backs who were ready to deal with any balls into the penalty area.

Other examples of coaches who use a low block

Antonio Conte with Tottenham (below).
Nuno Espírito Santo at Wolves.
José Bordalás at Getafe and Valencia.

What are the benefits of playing with a low block?

A low block almost entirely nullifies play over the top of the defensive line due to the team being so close to their own goal. Playing through a low block is also difficult due to the volume of players in the central lanes. This means that opponents will often have to play around a low block and put crosses into the middle. However, a compact low block should be well set up to contend with crosses from out wide.

Also, a low block gives players an opportunity to rest and regroup, while a high press requires more energy and a higher physical output. It is a good strategy when a team has a scoreline to protect.

What are the disadvantages to playing with a low block?

Playing with a low block concedes a vast amount of territory, allowing the opposition to control up to two-thirds of the pitch, and dominate possession too.

Compared to the other defensive strategies – a high press and a mid-block – the distance to goal following a regain is significantly greater. Fast players are needed, as well as players with enough stamina to make quick recovery runs once the ball is lost. Furthermore, in a low block, concentration levels are tested for longer. One individual defensive error or a piece of poor positioning is likely to be more costly than when teams are stationed further up the pitch.

A low block requires all 10 outfielders to sacrifice themselves for the good of the team. This can mean the most effective attacking players are regularly found in defensive positions, unable to influence the game once the ball has been won.

What are the alternatives to a low block?

If a team is not playing in a low block, the alternatives are a mid-block, with which a team defends the middle third of the pitch, or a high press, with which teams aim to win the ball back close to the opposition’s goal.