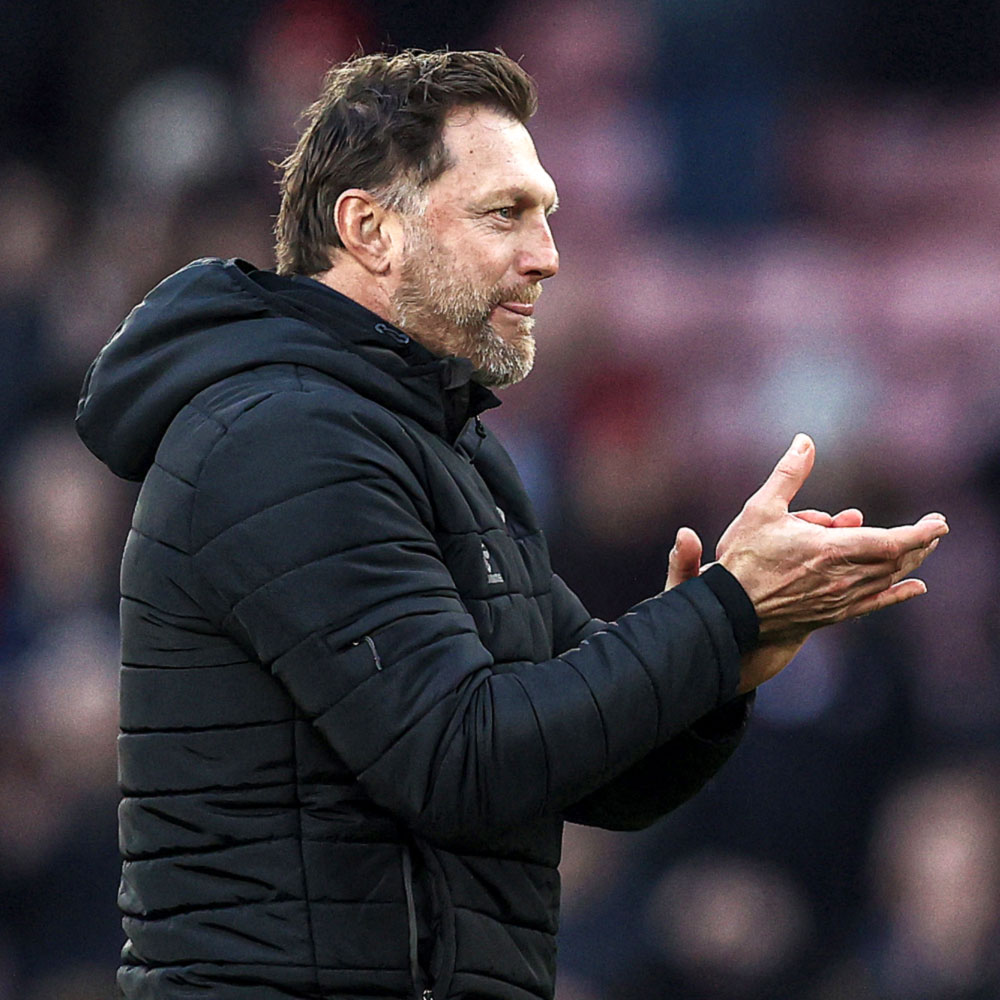 The 4-4-2 is a formation in football that is made up of three distinct lines. The back line of four defenders comprises two centre-backs and two full-backs. Ahead of them, a midfield unit of four features two players in the middle and one on each side. The front line of two is formed by two centre-forwards who, in attack, provide both height and goalscoring threat.

Midway through the 20th century, the 4-2-4 formation emerged. This new shape featured two high and wide wingers who attacked alongside, and sometimes even ahead of, the front two. The Brazilian national team won their first World Cup in 1958 playing this formation. Twelve years later, a team then coached by Mário Zagallo – a member of the 1958 side – played a variation of the 4-2-4 when captivating the world to win the 1970 tournament.

Meanwhile, the Russian coach Viktor Maslov had developed another variation in which the two wingers dropped back alongside the two central midfielders. So originated the 4-4-2, which worked to overload opposition midfields with traditionally fewer numbers. Maslov is also credited with the development of more organised, disciplined team pressing; with this approach, he led Dynamo Kyiv to three consecutive league titles in the late 1960s.

What are the in-possession responsibilities of a 4-4-2?

In the 4-4-2 formation, the two centre-forwards provide height in the attack by occupying opposing centre-backs. They can hold the ball up before linking the play into runners, or drift or drop away from the opposing back line to create space for a penetrative runner from midfield. Ultimately, they create and finish chances in front of goal.

The two wide players in the midfield unit attack around the opposition back line (below) to provide crosses for the two centre-forwards, or cut inside and combine with shorter passes. They can also run inside and beyond as one of the two front players rotates out.

The two central midfielders connect the back line to the forwards through an accurate range of passing, and can operate deep or as box-to-box runners. They may also provide narrow crosses when supporting underneath the wide midfielders.

The two centre-backs provide forward passes into midfield, and may also drive into midfield through the inside channels. They can also switch play to the wide midfielder on the far side, or play more direct central passes into the front line.

What are the out-of-possession responsibilities of a 4-4-2?

The two centre-forwards screen access in front of the opposition pivot or pivots, and press on to the back line. This is usually against the centre-backs, where the forwards will press outwards to force the play away from the centre.

The back line operates with similar levels of compactness, also narrowing inside when appropriate. The centre-backs are usually responsible for attackers who drop and attempt to receive between the lines, as well as competing against more direct central play and clearing crosses. The full-backs will jump forward to press in the wide areas and look to block attacking crosses. Any member of a back four should be prepared to drop and cover the spaces in behind.

Which coaches and teams have used a 4-4-2 well?

Ferguson favoured a 4-4-2 with wide midfielders who could attack around a defensive line and cross, but also drift into the inside channels to combine with box-to-box midfielders supporting the attack. The two forwards would often drift and rotate to look more like a number nine and 10, while the full-backs would also push forward – but mostly through delayed overlapping runs, and only once the midfield was set in cover. Defensively, they would press opponents using the same 4-4-2, but they were also happy to sit off in a mid-block on occasion. This invited teams forward, and left them open to the swift counter-attacks Ferguson expected from the fluid front fours he employed throughout his long and trophy-laden Old Trafford reign.

Simeone has favoured a 4-4-2 throughout his tenure at Atlético Madrid. Defensively, he prefers a mid or low block, focusing on compactness between his units (below) and controlling matches through covering key spaces in Atlético’s own half. In attack, the wide players have tended to move inside to support the forward pairing, with the full-backs overlapping. The central midfielders then cover the wide areas if they need to – but Simeone always prioritises numbers in central spaces.

Defensively, Hasenhüttl prefers his Southampton side to push up the pitch and press aggressively in their 4-4-2 shape. The two centre-forwards work on to the back line, curving their press outwards. This is often supported by the closest wide midfielder jumping forward (below), while the rest of the midfield unit moves across to cover the centre. In attack, Hasenhüttl’s 4-4-2 operates similarly to that of Simeone, with lots of central numbers – especially after a high or midfield regain of possession.

Dyche has utilised a 4-4-2 formation to defend in mid and low blocks throughout his time in the Premier League, with versatile defenders able to cover a variety of spaces in their half – an approach he shares with Simeone. Dyche’s teams encourage the opposition forward, before aggressively pressing and duelling as the opponents attempt to play through the block. In attack, the forwards often remain high, while the wide midfielders hold their width to provide crosses and cut-backs (below). The full-backs offer support forward, but rarely get as high as their Southampton or Atlético equivalents. The profile of centre-forward Dyche likes is also different to that of Simeone and Hasenhüttl. He prefers aerially strong attackers with a combative, physical presence – such as Chris Wood, Ashley Barnes and Wout Weghorst – to disrupt opposing centre-backs.

The 4-4-2 places two central-forward threats high; up against a back four, this means both opposing centre-backs are constantly occupied. The double threat is also useful for securing central balls in advanced areas and subsequent combinations in and around them. It also creates a forward base upon which teams can build effective counter-attacks.

In this particular formation, it is rare to see the full-backs defending underloaded. Deeper wide midfielders are better positioned to recover and work back – compared with wide attackers in a 4-3-3, for example. The 4-4-2 offers a strong defensive presence across the entire pitch, with compactness, balance and cover easy to establish in a high press, mid-block or low block.

Finally, it also provides the perfect balance for counter-attacking football. Teams set up in a 4-4-2 have the numbers to defend in a compact, deep block to lure the opposition forward – but enough of a central presence to initiate counters and link into a variety of forward runners.

What are the disadvantages to playing with a 4-4-2?

Teams setting up in a 4-4-2 can face overloads in central midfield, particularly against opposition fielding a midfield three. This can lead to a significant lack of possession.

There can also be a lack of defensive staggering in the 4-4-2, with players on the same line within individual units. Despite the compactness this formation offers, it is susceptible to line-breaking passes – one good pass can take out four players at once. A defensive formation such as the 4-1-4-1 offers greater cover between the lines.

In possession, with the midfield line of four set up similarly to the back line behind it, players can sometimes block off the team’s forward passing options. It is arguably more difficult for teams set up as such to create as many passing options as teams with more players playing on different horizontal and vertical lines.