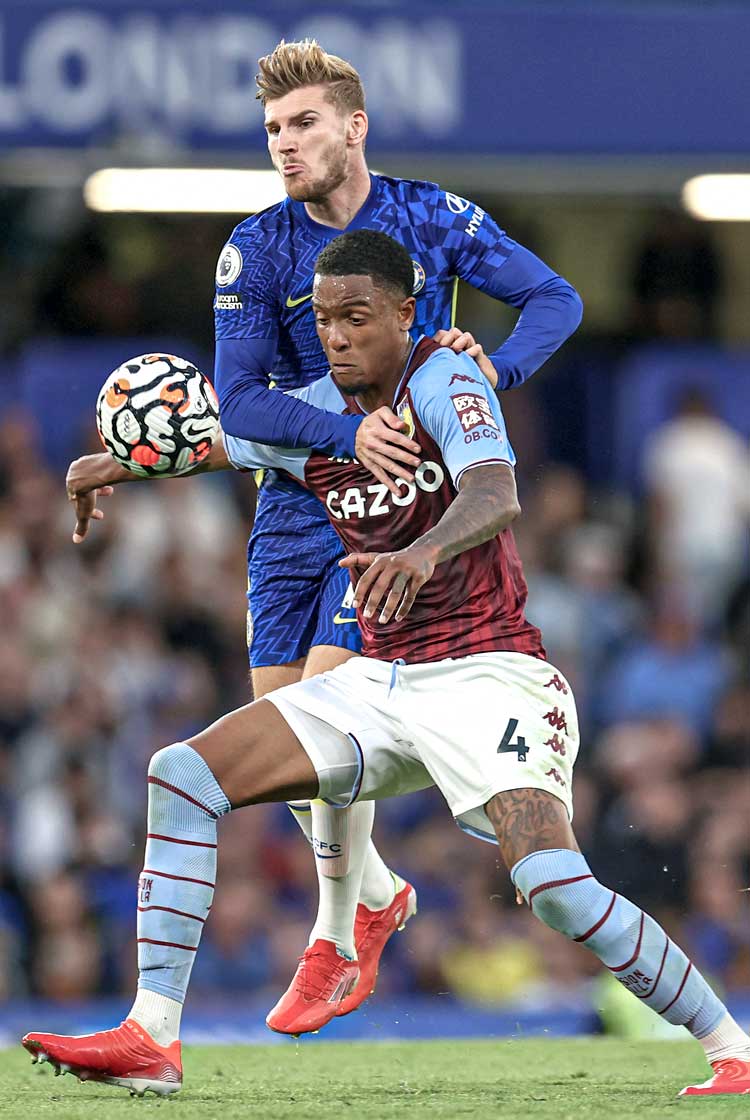 What is a transition?

Transitions don't last for long, but they are a significant part of the game. The term ‘transition’ refers to the moment when one team loses the ball and the other team gains possession.

Moments of transition are decisive because they require quick, co-ordinated action and organisation as a collective to try to take advantage of the opponent's temporary, disorganised state.

This lack of organisation not only refers to the team’s physical positions on the pitch. It also means the mentality of the players, who may be focused on attacking and trying to score, with little or no consideration given to what might happen if possession is overturned. The time it takes to react and start the transition from attack to defence can be crucial, as the opposition can take advantage if any players do this too slowly.

"THE TASK IS TO DO WHAT IS NECESSARY TO HELP YOUR TEAMMATES; TO COVER FOR THEM WHEN THEY FACE AN OPPONENT; TO BE 100 PER CENT RELIABLE"

When do defensive transitions occur?

Defensive transitions refer specifically to the moment after a team loses the ball, when they are switching to their defensive shape. These can happen anywhere on the pitch, and there are different ways to approach defensive transitions. For example, a team can choose to counter-press, to try and win the ball back as quickly as possible. Alternatively, they can immediately make recovery runs to drop back into their block.

To be successful when it comes to defensive transitions, it is important for a team to be prepared for a loss of possession. As well as transitioning quickly and efficiently from their in-possession shape to their out-of-possession shape, they also need to be ready to act as soon as the ball is lost.

What affects how a team approaches defensive transitions?

When a team loses the ball, there are different kinds of collective approach to the next phase of play. Considerations when transitioning to defence might include:

- The way the team plays.
- Area of the pitch in which the ball is lost.
- Positioning of both teams’ players.
- Quality of the players and quality of opposition.
- The opposing team’s style of play.
- Time in the match.
- State of the game. For example: score, injuries, remaining substitutes.

The following elements can be used to categorise a defensive transition:

- Speed of the transition: slow, medium or fast.
- The zone in which the change of possession takes place.
- Distribution of the team: who is in front of and behind the ball?

What are the different types of approach to defensive transitions?

There are two main types of defensive transition.

The players make recovery runs towards their own goal to get goal-side of the ball as quickly as possible. The idea is to get the team back into its out-of-possession shape quickly, to stop the opposition progressing forward.

The players swarm around the ball to try and recover possession as quickly and as close to the opposition goal as possible.

Which teams are effective at defensive transitions?

Chelsea try to stop their opponents in two main ways: pressing and containing. They pick and choose their moments to press, and commit lots of numbers to their approach when they do so. They are, however, more likely to retreat and hand the initiative to the opposition with numbers behind the ball.

In the above image, Chelsea start a defensive transition following a loss of possession in their attacking half. At this point, they aim to ensure they have numerical superiority behind the ball. Their players make quick recovery runs to get back into position, making sure the most advanced opponents are marked and, where possible, overloaded by defenders.

After Kai Havertz loses the ball, the Chelsea players closest to the ball – Havertz, N'Golo Kanté and Mason Mount – make quick, vertical recovery runs to try and prevent the opposition from playing through the centre of the pitch. Jorginho, in the defensive-midfield slot, tries to delay any counter-attack, jumping out to press the ball-carrier if they progress too far. César Azpilicueta, Thiago Silva and Reece James close down the most advanced opponents to stop them receiving the ball in space.

They take a different approach when they lose the ball in their own half (below). The aim here is to reorganise into their compact mid-block quickly. The role of the players in this situation is different. They all act quickly to reduce the distances between one another and ensure the opposition can’t play through the team.

Chelsea's objective is to direct play towards the touchlines, and they do this with a triangle of players in the centre of the pitch. Once the ball is out wide, they aim to crowd out the opposition and potentially win the ball back. If the opposition plays inside, Tuchel's team has the central numbers to ensure they are extremely difficult to break down.

The main characteristic of Barcelona’s play in recent times is an almost unrivalled domination of possession. That is why, in the event of a loss of possession, they aim to win the ball back as quickly as possible. This means they can wear the opposition down by making them chase the ball relentlessly for long periods.

For their counter-press to be successful, the team must set up with very little space between the players. The result is that they can press as a collective to crowd the ball as soon as possible after possession has been lost, when the opposition are disorganised. Doing so gives them a greater chance of winning the ball back quickly.

In the above image, opponents Real Sociedad regain possession and secure it with a pass to one of their centre-backs. The players closest to the ball loss – Sergio Busquets, Pedri and Lionel Messi – initiate a press. Meanwhile, other supporting players – forwards Antoine Griezmann and Ousmane Dembélé, and full-backs Sergiño Dest and Jordi Alba – identify their direct opponent. These players defend on the front foot and step forward, ready to press their opponent if the ball comes their way. If the players are too far apart at the point of possession loss, it is much more difficult to counter-press effectively.

Why are defensive transitions important?