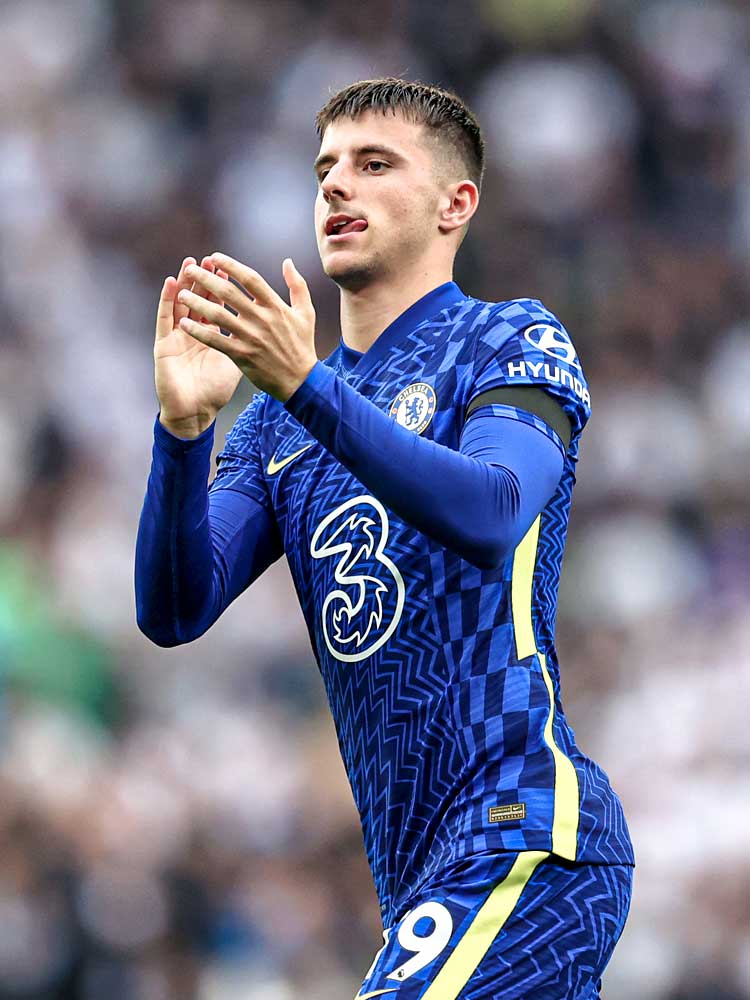 Profile
After spending 2018/19 impressing in the Championship on loan at Derby, Mason Mount quickly became a key player for his parent club Chelsea. It speaks volumes about his ability that, after his initial development under Frank Lampard, Mount has remained one of the first names on the teamsheet since Thomas Tuchel's arrival at Stamford Bridge. At international level, too, he is hugely valued by Gareth Southgate.

Tuchel expects Mount to continue improving. “With Mason I have a feeling he is very down to earth and that he can handle [the pressure that comes with praise],” Tuchel said. “He is well aware of what took him here and what makes him strong as a player and as a person. He is very mature and at the same time has this young player’s sparkle in his eyes.”

Tactical analysis
Mount is a versatile player who can play in a number of different positions. He is at his best with the freedom of a number 10 but can also play as wide player in a front three, as a number eight in a midfield three, or as a central midfielder who withdraws to collect possession from defence, though he has not played in the latter of those positions since his days with Derby. He was used most commonly by Lampard at both Derby and Chelsea as a number eight in a central midfield three in a 4-3-3 but has proven throughout his career how comfortable he is all over the pitch.

His ability to receive passes from deep and quickly manoeuvre into a forward-facing position with few touches is an extremely valuable trait, and arguably the single-most important part of his game in making him so effective as a number 10 (below). Instead of setting possession back the way it came – and potentially sacrificing his team’s momentum – Mount shifts his weight after receiving on his back foot to maintain the speed of the attack, which is ideal for quickly linking with the runners ahead of him.

Mount isn’t, however, a pure creator; he isn’t a number 10 who turns and quickly slips a through ball between defenders for a striker to run through and shoot. In fact, he creates few chances in open play – the majority of his assists come from set-pieces, where he possesses brilliant delivery – but instead more often plays the pass before the assist. When he gets into a position to play a killer pass – in front of the opposition's defence, for example – he often misplaces or overhits his attempt to find a teammate (below). That is an area of his game that could definitely do with improvement and is one in which he differs from the likes of James Maddison or Jack Grealish, two other young, English attacking midfielders in a similar mould.

What makes Mount so effective is his movement. He works tirelessly to find space and is extremely intelligent in how he uses the movement of others to find gaps in the opposition's structure and help his team progress possession. He makes selfless runs to create space for others but prefers to receive a pass himself and looks to run into space to get on the ball whenever possible. While it is his off-the-ball movement that is particularly useful, he is also adept at driving into space with the ball. He has good close control and dribbling ability as well as a decent burst of pace and a low centre of gravity, meaning he can beat an opponent and create space from a one-on-one.

When defending Mount shows energy and a desire to win the ball back high up the pitch, and good anticipation and a sound reading of the game in predicting how his opponents will try to play out from the back. He is diligent in his defensive work and his attitude makes him perfect for a manager who wants his team to press from the front, helping ensure Mount has been an integral player under both Lampard and Tuchel.

Role at Chelsea
Mount played fairly often as a number 10 in a 4-2-3-1 under Lampard, but the former Chelsea manager’s preference was for a 4-3-3, a formation in which a part of Mount’s game was being sacrificed, whether he was playing as a number eight in midfield or wide in their front three. When he was in midfield, his defensive responsibilities were more important and his team sometimes missed him in attack; when he was wide, he sometimes played too peripheral a role. Under Tuchel, however, it appears that Mount may have found the perfect position.

Playing as one of two 10s behind a lone striker in Tuchel’s 3-4-2-1 – a formation that bears similarities with that under Antonio Conte when he led Chelsea to the title in 2016/17 – rather than a wide attacker as he was under Lampard, there is less need for Mount to provide their width. Instead, that is the responsibility of their wing-backs, who play high and wide when Chelsea have the ball, allowing Mount to affect the game closer to goal and only move wide when there is space to run into behind the opposition’s full-back (above).

Mount’s game time is split fairly evenly between the right- and left-sided number 10 positions, and whichever side he plays on he combines cleverly with the wing-back – usually Reece James or Ben Chilwell – and central midfielder on that side to create space. He tends to stay in the inside channel to receive the ball while the wing-back pins back the opposition's full-back by making a run beyond them (below). Once Mount is on the ball, his first thought is often whether he can find the wing-back’s run.

If that run in behind cannot be found and a pass is instead played to feet, the onus is then on Mount to move into a shooting position. He does so either by looking to get in behind the opposition’s defence and receive a chipped pass, or by moving into the half-space and demanding a square pass from the wide player. Shooting opportunities resulting from those situations tend to be tough ones, and as a result goals are rare.

He provides a greater threat both on goal and as a creator from set-pieces. His delivery from corners and free-kicks is up there with the best in the Premier League and has helped Chelsea become extremely dangerous from dead-ball situations. Similarly, Mount can shoot from free-kicks from range and has impressively scored on a number of occasions.

Once backed by Lampard to win more than his 106 England caps, Mount still has the vast majority of his career ahead of him. Even at this early stage in his development, though, he is already an integral member of the first teams for both club and country.