Profile
Should James Maddison make his England debut during the coming European Championship qualifiers against Bulgaria and Kosovo, it will perhaps represent overdue reward for a player who has fast become one of the Premier League’s most creative forces. Since making his debut for Leicester, he has created more chances in the English top flight than anyone else.

The 22-year-old, Norwich’s player of the year in the Championship in 2017/18, followed his £20m transfer that summer to Leicester with seven goals and seven assists during his first Premier League season. He spent much of that campaign playing as a number 10, but since Brendan Rodgers’ appointment as Foxes manager his undoubted talents have been used more towards the left wing. This has likely contributed to his return to Gareth Southgate’s England squad.

“He is a number 10 and, at the moment, we have not been playing with a 10,” Southgate once said of an individual who had previously featured in his squad without making an appearance. If Maddison is to capitalise on his latest involvement with the national team and push for selection at Euro 2020, he will have to overcome significant competition. Raheem Sterling, Dele Alli, Ross Barkley, Jadon Sancho and Mason Mount – like Maddison and Tyrone Mings, also uncapped but selected in the latest squad – are among those pushing for similar creative roles behind Harry Kane.

Tactical analysis
Though Maddison has been used more from the left by Leicester this season, he possesses sufficient guile and awareness to be used in the centre. With Marcus Rashford, Sancho and Sterling all capable of attacking from the wider areas, Southgate has likely selected Maddison with the intention of playing him through the middle.

His incisive forward play is a significant asset, particularly when used to complement a direct running attack. He can adopt effective positions between opposing lines, and then deliver accurate passes to create chances for those runners (below). Whether this is from within a lower block – closer to the penalty area – or within a mid-block, and thus a deeper position, his final ball is often of the highest quality. Forward runs in behind from Sancho, Rashford and Sterling would be found by his penetrative passing range. 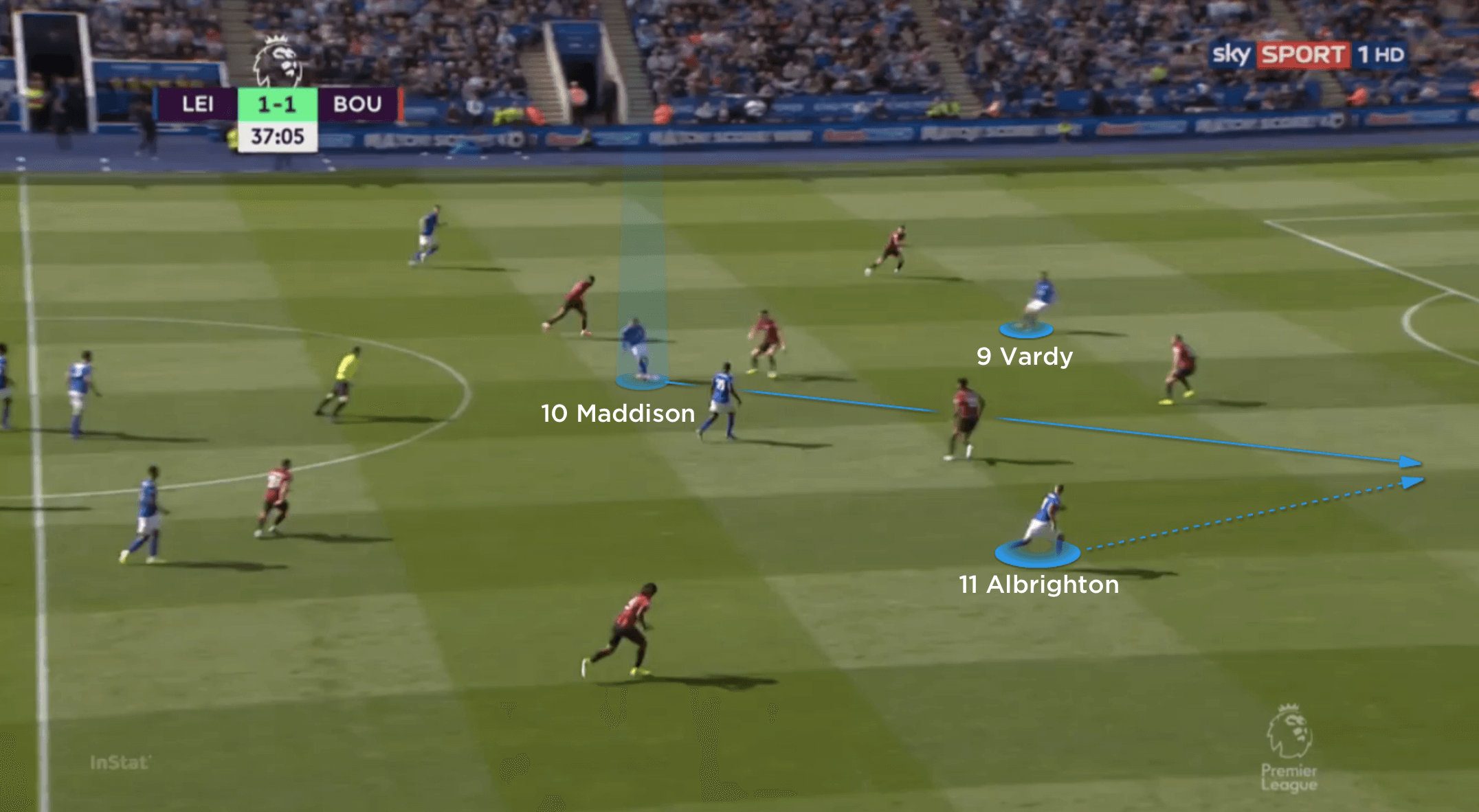 Maddison’s rotations with similar-minded players can also encourage him to assume different roles and spaces within midfield, regardless of whether he starts through the middle or wide on the left. Those movements also ensure he is difficult to mark and hard to track when advancing, potentially creating greater spaces for his teammates to receive in. They would particularly complement a player like Jesse Lingard, whose off-the-ball movements help more effective attackers to thrive in the final third.

Role with England
With Southgate recently preferring three central midfielders – a single pivot and two advanced number eights – Maddison would be more likely to make his debut in central midfield. Alongside a further, similar rotating eight – perhaps Lingard or Mount – and in front of a deeper number four, England can achieve a balanced midfield. Harry Winks’ passing qualities to begin build-ups would complement Maddison and the further eight, encouraging Maddison to remain higher, and thus between opposing lines, for longer. 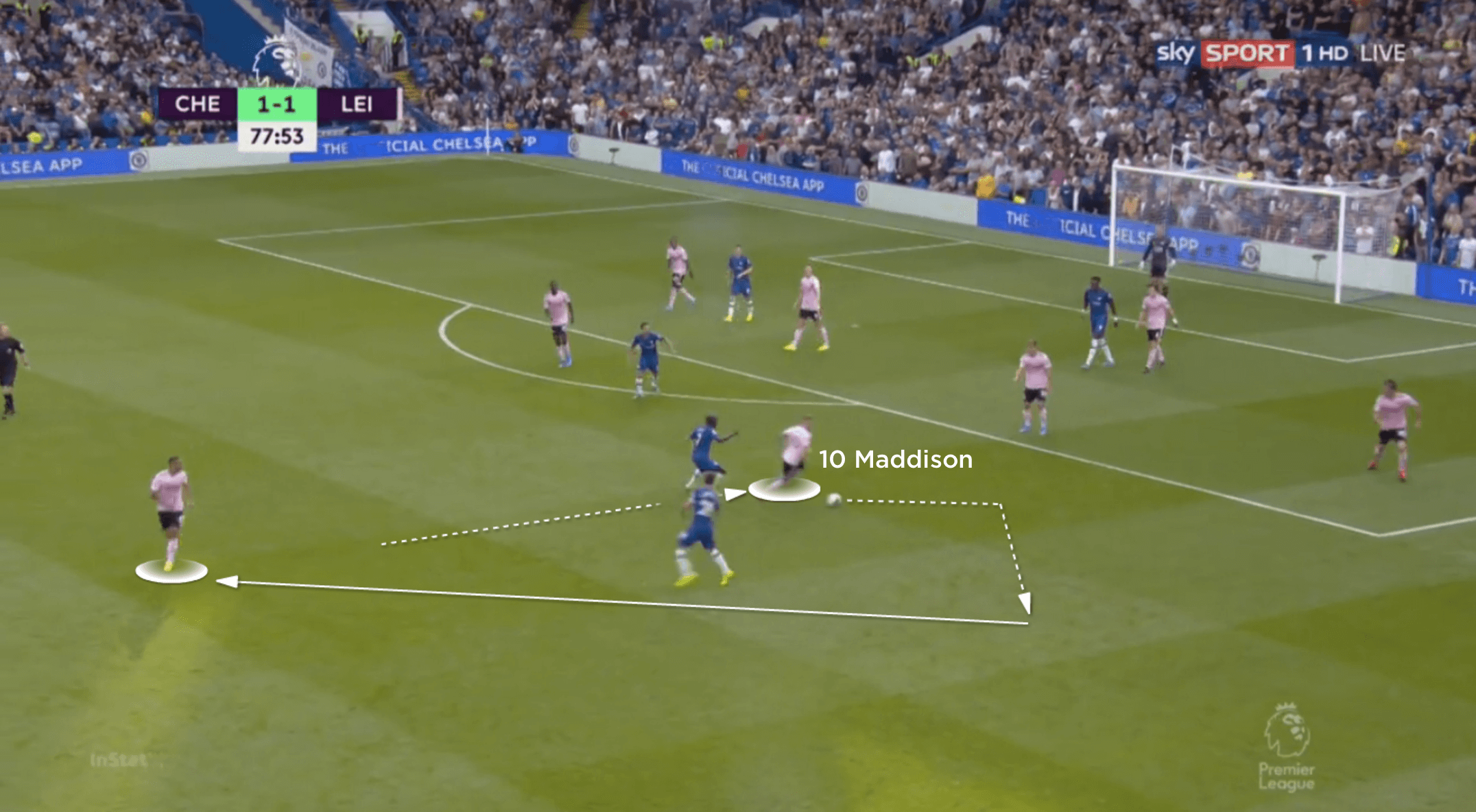 An alternative would be for Jordan Henderson or Declan Rice to cover spaces during transitional moments, battle for loose balls and provide extra cover ahead of defence. But their selections might contribute to Maddison withdrawing too much – which, while increasing the quality of their passing under pressure (above), would do so at the expense of moving him away from where he poses the greatest attacking threat.

If England are expected to dominate possession against Bulgaria and Kosovo, a composed midfield focusing on a high-quality build-up instead of dynamic central runs is likeliest. Box-to-box attributes can be provided as an alternative by Henderson, Alex Oxlade-Chamberlain or Barkley – but Maddison offers a level of quality and guile that few others in England can currently match. The next week gives him an opportunity to prove it. 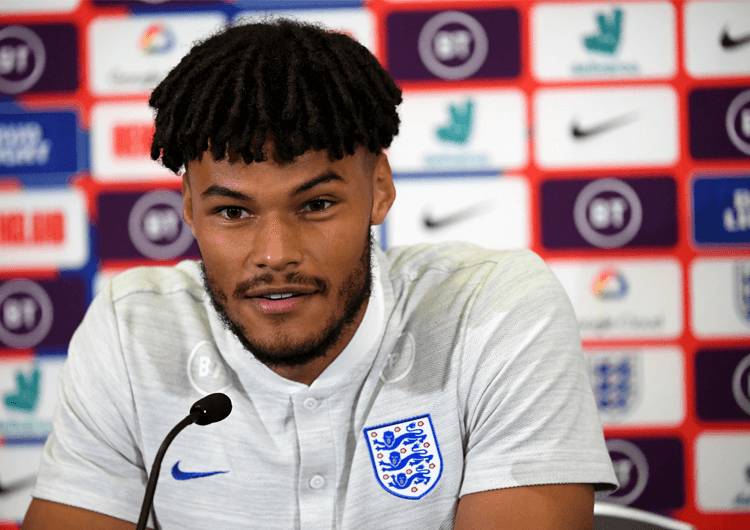 Aston Villa centre-back Tyrone Mings has impressed in the early weeks of the Premier League. Our expert coaches assess what he will add to an England squad also featuring Harry Maguire of Manchester United, Liverpool’s Joe Gomez and Everton defender Michael Keane 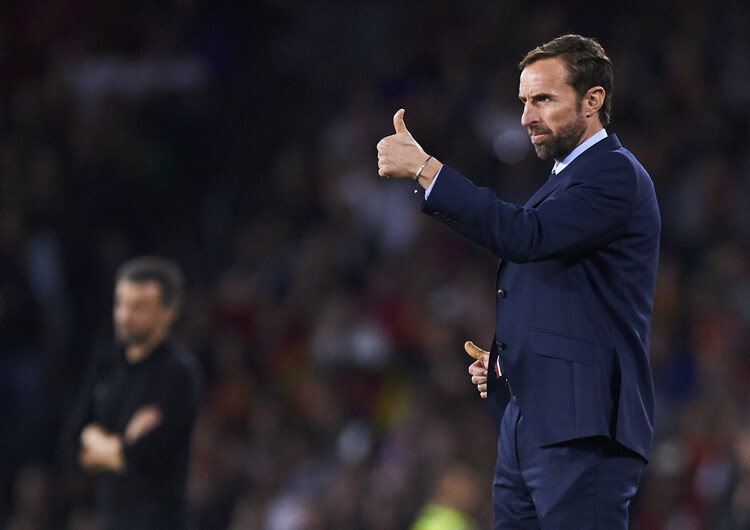 Gareth Southgate and England kick off their Euro 2020 qualifying campaign this weekend. Our experts pick five things to look out for when Harry Kane, Raheem Sterling, Marcus Rashford and the rest swap their club shirts for the Three Lions 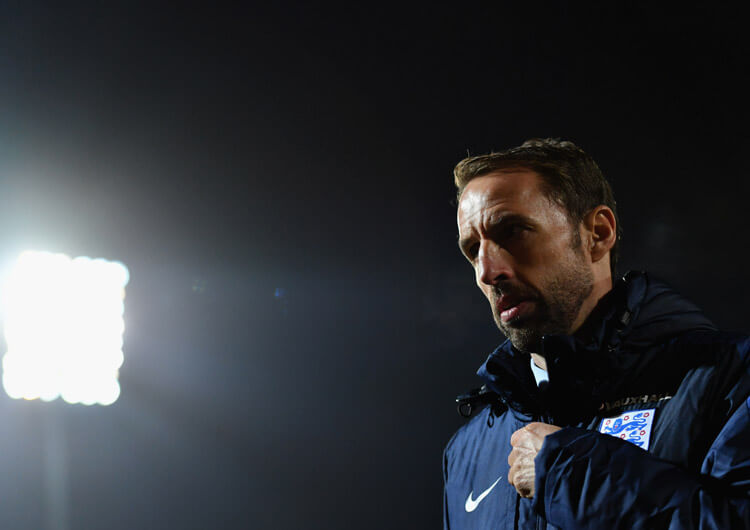