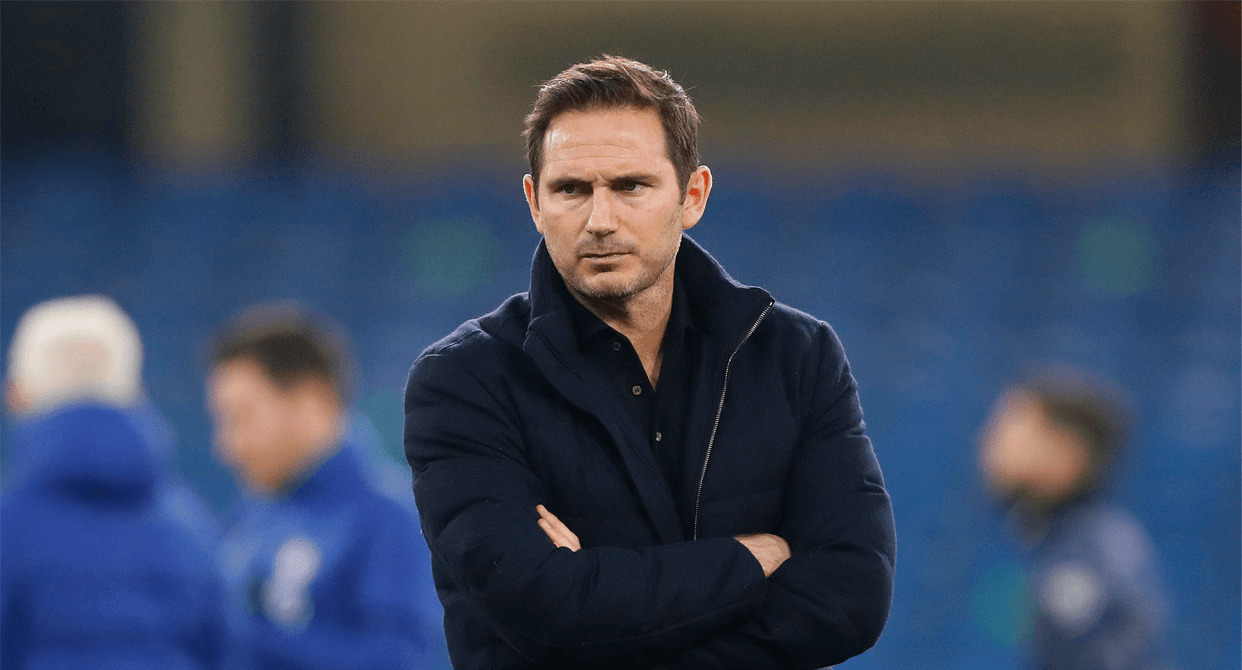 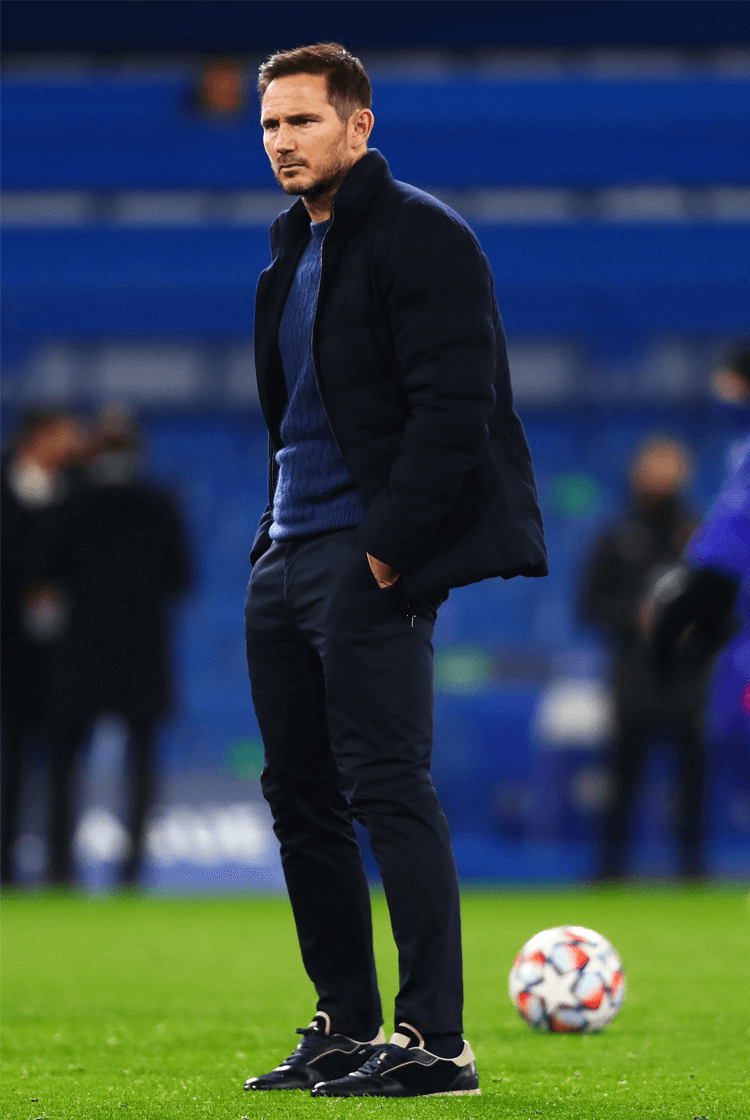 Profile
Frank Lampard's departure from Chelsea in January 2021 will have done little to dissuade those convinced of his potential as a manager, and not least because he is in good company. A promising first season in management with Derby County was followed by an even more impressive one at Stamford Bridge, where despite a transfer ban and the departure of the influential Eden Hazard to Real Madrid, he inspired a youthful team to secure qualification for the Champions League.

Though there proved an unwillingness to give him the time he required to build upon those achievements, he will also know that the decorated and successful Antonio Conte, José Mourinho, Carlo Ancelotti and more previously ran out of time in west London. "Frank is not just a colleague, he is an important person in my career, so I feel sorry he (got sacked)," Mourinho said of the then-42 year old. "But it is the brutality of football, especially modern football, so when you become a manager you know that sooner or later it is going to happen to you."

Playing style
During Lampard's time as manager, both Derby and Chelsea had a possession-based approach that involved attacking with width, and Chelsea's approach to doing so had started to evolve. Where in 2019/20 they largely prioritised attacking towards the left (below), during 2020/21, the 4-2-3-1 and 4-3-3 he regularly organised his team into involved a different balance as he tried to accommodate his new signings. From the right, the left-footed Hakim Ziyech moved infield at a particularly early phase of their attacks to attempt through balls or penetrative passes, in turn drawing his opposing left-back out of position and creating an increased space for Reece James to overlap into from right-back.

On the occasions Ziyech remained wide, Ben Chilwell and Timo Werner made forward runs infield from the left, and Chelsea regularly proved capable of creating through or around opposing defences. Werner's wide positioning, however, rarely resulted in him being found centrally in the way that Ziyech's accurate passing would have made possible; as at Derby, there also existed an emphasis on penetrative runs from Chelsea's attacking midfielders, and those runs further reduced the angles Werner could pursue with his. By the point of Lampard's departure, Chelsea, regardless, had greater balance; they created 12 goals from the right and a further 12 from the left during 2020/21.

In Germany, Werner had excelled when operating on the shoulders of opposing defenders, and when making runs from a central position during moments of transition. It was during lengthier periods of possession that he drifted wider and focused on the left inside channel while a further striker occupied the spaces between the opposition's central defenders. Kai Havertz, similarly, posed a significant threat with the freedom given to him by Bayer Leverkusen, where he drifted into the three central lanes to provide delayed runs and an additional dimension to an attack led by quicker, more penetrative, runners.

With Chelsea largely organised to attack with one central striker, two wide forwards and overlapping full-backs (below) – a system that focused on providing crosses instead of rotations and a fluid approach in the central areas of the pitch – Werner and Havertz had a limited influence when they would typically complement each other. On the occasions Werner had a central role and was supported by Havertz they demonstrated signs of their potential.

The 4-4-2 used in the 3-1 victory at Brighton with which Chelsea started 2020/21 had the flexibility to become a 4-2-2-2. Their full-backs continued to overlap, a double pivot provided cover at the base of midfield, and their attacking players largely retained more central positions. If not necessarily in combination, each of those traits have been prominent in the teams developed first at Derby, and then at Stamford Bridge.

Ziyech and Chilwell thrived in roles to which they were most suited, and were complemented by the versatility of Christian Pulisic, Callum Hudson-Odoi and Mason Mount. Similarly to the experiments with a back three and a back five that were a feature of 2019/20, it perhaps required a change of shape to give Chelsea's new signings a sense of positive momentum.

Defending and pressing
Lampard demanded his possession-based football was complemented by an intense press. Throughout 2019/20 only Liverpool and Manchester City made more regains than did Chelsea in their attacking half. Derby, similarly, were in the Championship's top six for regains in the attacking half during 2019/20, but in 2020/21 when Lampard left Chelsea they were only 10th in the Premier League.

At Chelsea that press involved placing a significant level of responsibility on those in central midfield – particularly during moments of transition. With their full-backs so readily advancing, a double pivot was regularly used to provide protection alongside and eventually behind those full-backs; if possession was conceded, Jorginho, N'Golo Kanté and Mateo Kovacic sought to dominate the inside channels, often limiting their opponents to their defensive half and successfully making regains. If a back three or five was used, so, too, was a box in midfield (above) to cover the inside channels and delay access to those in attacking positions.

Chelsea's central midfielders were also crucial to the press being applied during lengthier periods without the ball. Perhaps unusually, both Derby and Chelsea featured those who would move to press those at the base of their opponents' midfield or the defenders behind them. Their wide forwards, in turn, either directly pressed their opposing full-back, or less aggressively adopted a narrower position and covered the inside channels; should those between them in central midfield press with aggression, those same wide forwards would press play infield, and towards increased numbers.

It was when Chelsea's central midfield block resisted pushing forwards and instead screened from a deeper position that their full-backs would focus on their opposing wide player, and when their wide forwards would force play wider and into the trap that meant that the ball was also pressed from behind. Further variations were determined by their shape. If defending with a 4-2-3-1, when their number 10 advanced, the double pivot behind him moved into the spaces he had just vacated; if defending with a 4-3-3, their two attacking central midfielders would take turns in adapting their press in accordance with the movements of their striker.

In combination with Chelsea's striker limiting access between his opposing central defenders before committing to a press, support from their central midfielders meant that if regains weren't made, opponents were regularly forced to play around their defensive block. At Derby, similarly, three of the four who recorded the most regains were central midfielders Tom Huddlestone, Bradley Johnson, and Mount.

During 2020/21, Chelsea's defenders were instead likeliest to make those regains, and largely because of the increased demands placed on those selected at full-back and because those in central midfield were proving less capable of screening forward passes – a development magnified by a single pivot increasingly being used where once Lampard had favoured a double. That their wide forwards were increasingly pressing opposing central defenders contributed to that; Chelsea's full-backs were therefore required to press higher and, because of the decreased cover in midfield, move infield at an earlier stage of their press.