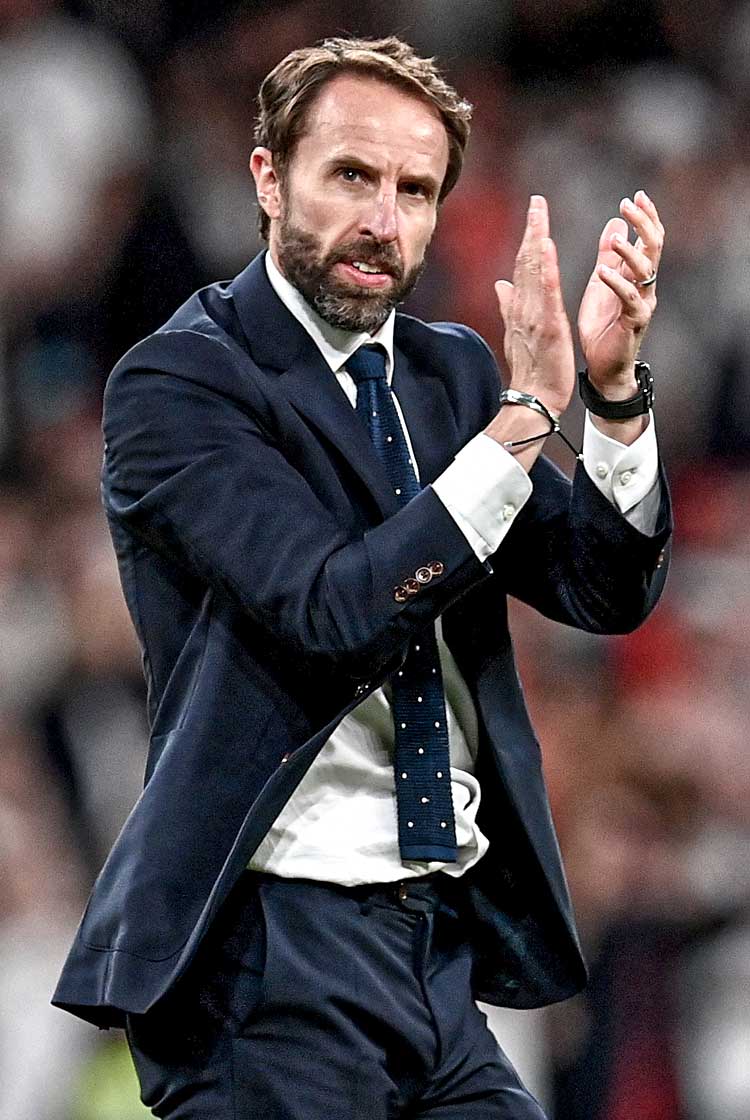 What is a mid-block?

A mid-block is an out-of-possession strategy focusing on protecting the middle third of the pitch. The priority is to remain compact enough to stop the opposition from playing through the team. The most attacking players do not engage the opposition too high up the pitch, and the defensive line does not drop too deep towards their own goal. Some space is left in behind the back line, in which the goalkeeper can sweep up.

The term ‘mid-block’ refers to the defensive strategy that is in between the low block – which is close to goal – and the high block, with which teams push up and leave lots of space in behind. The mid-block is named after the area of the pitch it focuses on the most: the middle. The low, mid and high blocks are the three main defensive strategies during long periods out of possession. They come after a team has transitioned into defence.

When playing with a mid-block, what do the players do when out of possession?

Once a team has dropped back into a mid-block, the priority is compactness. Distances between players (laterally) and units (vertically) should be kept to a minimum to prevent the opposition from playing through the team.

Once the block is set, players should demonstrate control and restraint to hold their positions. Individuals should not jump out to press too often, because that would leave gaps that opponents could exploit. Similarly, a solid defensive line should be held to maintain compactness, and players should not drop too deep. Doing so would create space in between the lines. Players should look to block off potential passing lines, delay the opposition’s forward progress and screen play from side to side.

If there is a trigger to engage – such as a poor touch – players can jump out to attempt to regain possession. It is important for others to cover behind the player who jumps out and become more compact to prevent gaps appearing in the structure.

When playing with a mid-block, what do the players do when in possession?

As the mid-block structure defends the middle of the pitch, the aim is to invite the opposition on. This can create space behind their back line – so when a team regains possession from a mid-block, they can target those spaces. A quick counter-attack via penetrative forward passes over or through the opposition can be hugely effective.

The centre of the pitch will be the most congested area, so the opposition’s full-backs may push forward to try and exploit the wide areas. The full-backs will leave space behind them that can then be targeted following a turnover.

Teams can also choose to build attacks in a more patient manner after regaining from a mid-block. This can be done by making use of numbers close to the ball and making several short passes to secure possession while the opposition counter-presses, before looking to progress forward.

Which teams or coaches use a mid-block particularly well?

Lage’s Wolves often convert into a back five without the ball and drop into a mid-block (below). The team delays their opponents’ forward progress well, and they rarely leave gaps in their shape. When individuals move out to press, others adjust impressively, and the team retains their defensive shape impressively. Central midfielders João Moutinho and Rúben Neves have been particularly influential in the team’s organisation. The centre of the pitch is bolstered further by Leander Dendoncker when Lage has used a 5-3-2 mid-block.

At both the World Cup 2018 and Euro 2020, England used a mid-block under Southgate, either with a back four (below) or a back five. His use of a double pivot has been key to protecting the centre of the pitch. The attacking players drop back to form a compact block, but will make quick forward runs following a midfield regain, with centre-forward Harry Kane dropping into midfield to help create space in behind.

Rodgers has used a mid-block with a variety of formations and structures at Leicester (below). This is particularly effective given the work central midfielders Wifred Ndidi and Youri Tielemans do. They win the ball back consistently with interceptions and by winning duels, and have an impressive range of passing to find wide midfield runners or striker Jamie Vardy following a regain.

What are the benefits of playing with a mid-block?

The mid-block provides protection in the centre of the pitch, and can allow a team to crowd out crucial areas. This will make it difficult for the opposition’s creative players – who might normally operate between the lines – to affect the game.

As no team can press all the time, the mid-block is a good base for a team to drop back into and recuperate before or after pressing. It can also be a good way to defend a lead as a more reserved strategy.

A mid-block also encourages the opposition forward just enough to leave space in behind them, which can be exploited following an attacking transition. Numbers around the ball after a regain, meanwhile, can help deal with aggressive counter-pressing.

Why are the disadvantages to playing with a mid-block?

The mid-block allows the opposition to build into the attacking half with relative ease – often allowing them to dominate possession. A mid-block also leaves a larger distance to travel to the opposition’s goal following a regain than a high block.

At the other end of the pitch, a mid-block also leaves space in behind that the opposition can exploit with direct balls over the top. A low block would not allow this possibility.

What are the alternatives to a mid-block?

A low block is the deeper version of a mid-block, in which a team defends much deeper in their own half. This strategy engages the ball much lower than a mid-block, but the team should be just as compact, both horizontally and vertically.

A high block engages the ball much further forward than either a low or mid-block, with the back line considerably higher up the pitch to push the rest of the team further forwards. Teams in a high block will press high up the pitch, which can lead to winning the ball close to goal. However, this approach puts much more physical strain on the players, with more sprints, accelerations, decelerations and aggressive attempts to win the ball.