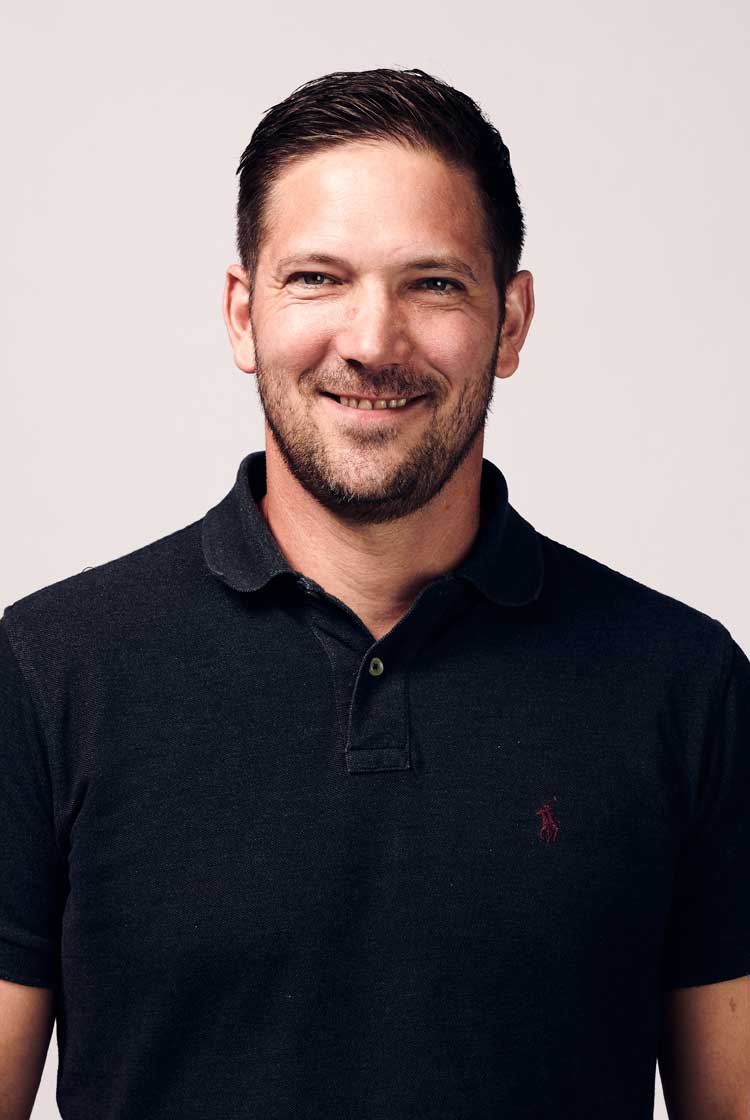 Head of Performance and Research, Wolves 2020–

When I first started out, it was common for people to combine roles.

Performance analysis wasn’t anything like as big a specialism as it is now. Coaches who could understand how to use the technology available to some extent were asked to do that, and would do a hybrid of the two roles.

They would combine coaching and analysis, and I was one of those people.

I’ve always enjoyed looking at data and video, and translating it into something that coaches can understand.

At Wolves, we’ve got a strong team of analysts. The manager, Bruno Lage (below), is very big on it, as most managers are these days. My job as head of performance and research is to oversee that team and ensure there is consistency across the club – from academy to first team.

There’s still some opposition analysis, which is something I used to do a lot. My team takes care of the pre-match, live and post-match feedback to the staff and players, while I go to other games.

The reason that ‘research’ has been brought in to both my title and that of the department is that we want be looking at league-wide trends and European trends constantly, and compare those with what we do. We’ve brought in a research and methodology analyst to lead on that. The aim is for us to stay ahead of the curve.

Football works in cycles, and we want to try and predict what’s coming next. Possession-based football moved into counter-pressing; now, there are trends like inverted full-backs and false nines.

We want to know what the next trends are going to be. It will usually be something like Pep Guardiola and Manchester City doing something, and then others will start copying.

We are constantly thinking about the technology and software we’re using to make our jobs as easy as possible. It is part of my role to be talking with the companies that own those tools about what kind of innovations are on the horizon, and to understand how exactly they will work and how we could use them.

Time is so important in football, and improving technology saves analysts tons of that. If something can save us time, it’s often worth it for us.

Football these days is a world away from where it was when I first started out. I feel old saying that, but it’s true!

Now, we can ingest the event data and physical data from a Premier League team into a software and use that to access, say, their build-up clips. So, before a game, we can focus on their build-up play by watching those clips for as many seasons as we want. Previously, we would have had to manually code all of their goal-kicks before we could even start the analysis.

On a match day, we also get live video feeds. We can have seven different angles if we want them, and send clips down to the bench.

We have event data and physical data delivered live, too, and we use that in-game to help the coaching staff make decisions. That all comes from the technology in the stadium that, as a Premier League team, we are fortunate enough to have.

There are also automatic cameras that we use in training. They’re a massive time-saver. In the past, it would have required an awful lot of manpower to record training sessions. You’d need someone to focus fully on filming the session, because if they don’t do it well it becomes a pointless task and their time has been wasted. You’d have someone out there trying to get a good angle of what was going on, come rain or shine, and that was literally all they could do for up to two hours of their day.

The cameras we have save that person a lot of time, and also free them up to play a part in the training session.

And we use Veo cameras a lot with the academy teams. Technology has become affordable, and that means we’re able to give our academy players video clips of their training sessions thanks to Veo. They come off the pitch, can pick up a tablet and watch what they’ve done right there and then. They really feel the benefits of having that at every training session.

It all means there’s no odd jobs that the young analysts and coaches have to do, almost as a rite of passage when they first come into the game. These days, it’s all set up for them.

That’s actually a huge positive, though, because it means analysts can get stuck into being an analyst, and not have to spend their time filming or burning clips on to DVDs to hand out to the coaches. Looking back, I wasted plenty of time waiting for DVDs to burn.

The technology that’s available to us also means the players expect more. Last season – the 2020/21 season – one player came up to me at half-time in a game.

"The players question what you show them. They are seeing the game in a different way"

“Can you show me one of my passes?” he said to me.

“Can you be a bit more specific?” I asked him.

After he told me it was around the 20-minute mark, I asked for more detail. “Who was it to?” I asked.

Once I had that information, I filtered clips down to passes between the two players in question, and within a matter of seconds we had a clip of the pass the player wanted.

When you have such a short amount of time with the players – the 15-minute break, minus whatever time the manager wants – every second counts. It’s amazingly helpful to have the technology that we do.

All of the players are pretty receptive to the technology. They’re clever and switched on; they realise how much it can help them.

You can even notice the players who see the game a little bit differently to the others. Some of them are starting their coaching badges – not even the older ones; some are in their mid-20s. That’s not because they’re thinking they might not be playing for much longer, but just because they understand the game in a different way.

It’s rare for a player to want to invest that time. Generally, they just want you to show them the clips they need to see, or the key message.

Increasingly, however, players will question what you show them. They are seeing the game in a more advanced way. Some will even give suggestions to the manager when they feel they have seen some way to get an edge.

There have been occasions where I’ve seen my work with players produce results on the pitch.

One time that stuck with me was a few years ago. We were playing away at Bolton in the Championship, and I noticed before the game that one of the their centre-backs would always follow the centre-forward when they dropped deep. After doing that, he struggled to recover.

So, I took Benik Afobe (below), our forward at the time, to one side.

“When he goes with you, just be ready to spin in behind,” I said.

We had Conor Coady at centre-back, who is an unbelievable long-range passer. That day, we actually scored from a long ball from Conor to put Benik in on goal.

You don’t think: “Oh, I did that.” On this occasion, though, Benik came up to me after the game and told me he’d remembered what I’d said out on the pitch. That was a great feeling.

In my job, you don’t do what you do for the recognition, but it’s still nice when things like that happen.

"We're in a good place. Wolves is a great club to be at"

As a department, there’s lots of things the club has backed us over. All I want to do now is keep on evolving, keep on improving.

On a personal level, a big part of that happening is me doing everything I can to make the lives of my staff members easier. I always want to know what I can do to help them out.

That’s true across the club. If I can help the analysts have time to do their jobs as analysts, it is more likely to make the first team better, and also to help improve the young players in the academy.

Something else we’ve looked at is coach education. If we can automate some of the things that take up their time, then that is only going to help them do their jobs well. In turn, they should have more time to become better coaches.

We’re in a good place. Wolves is a great club to be at. The investment from the club has been massive. There’s a good structure in place and there are good people here.

A change of manager from Nuno Espírito Santo to Bruno Lage (above) hasn’t meant a huge change across the club. We’ve tried to keep some continuity, which is really important for me and my staff.

There’s stability, and that has meant we can focus on what we do best.

The aim is to keep on driving the department forward in whatever way we can.