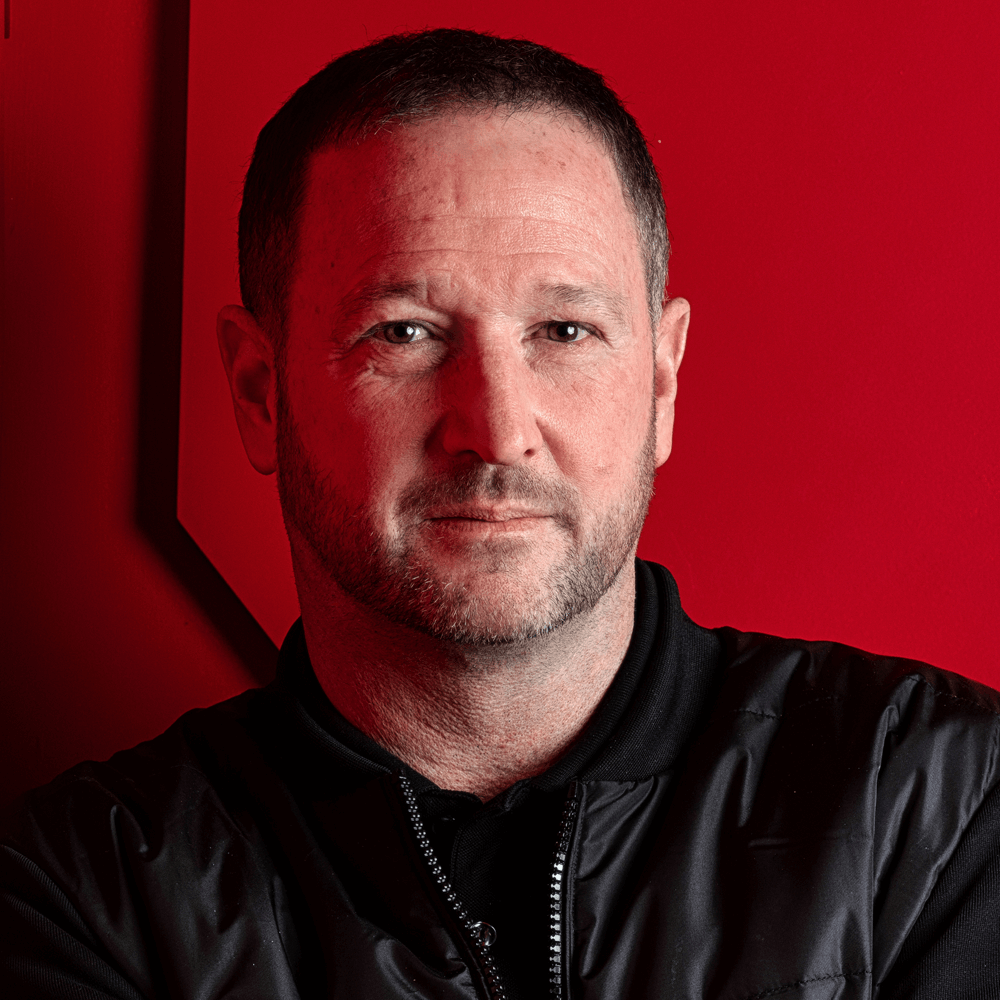 He came into Chelsea when André Villas-Boas was the head coach. We met, spoke a little, and I explained the coaching session he had come in to watch.

Not long afterwards, in the summer of 2013, he came to see me and asked whether I’d be interested in taking an England Under-21 game with him – his first game in charge. By that point, José Mourinho had returned to Chelsea and was head coach, but he very kindly didn’t stand in my way.

It was a good opportunity for me to go and experience something different – and of course to get to know some of the better young English players as well, which I could see from the club’s perspective.

We won the game, and after it Gareth asked if I would be interested in continuing in the role with more consistency and across the season. Again, José was kind enough to allow it, and that’s really how my association with England started.

We did three years with the Under-21s (above), and then out of the blue the opportunity arose for us to step up with the senior team. We had three days of preparation with the squad before we were into two World Cup qualifiers – at home to Malta and away in Slovenia. Another chapter had begun.

What was clear when we took the job was that we needed to win a couple of games and see. We did that – we beat Scotland at Wembley a month after those first two games – and were eventually afforded the opportunity to stay on.

"the players do want to play for england, and they want to give the people a team to be proud of"

We were winning matches, and qualification for the World Cup in Russia looked fairly straightforward, but I don’t think the team at the time was particularly exciting. The size of the task we faced really struck me for the first time when we travelled to Malta for another qualifier in September 2017.

On the way to the hotel, the team coach had driven past a few bars with England fans outside – and the fans were giving dogs’ abuse to the team. And this was before the game, not after it.

There was a real disconnect between the fans and the team. I’m not suggesting that anyone was directly responsible for that; I think it was something that had just evolved over a period of time.

That was part of the challenge, and I think it’s something that Gareth has handled magnificently. The guys do want to come, they do want to play for England, they do want to give the English people a team they can be proud of. I think those messages have slowly started to get through now, and I think it certainly felt that way in Russia. The nation felt that they actually quite liked the players – which, fairly or unfairly, hasn’t always been the case.

On top of that, we evolved our way of playing from qualification for the finals. We didn’t like the 4-2-3-1 formation we had used in qualifiying. The team was solid and we always had a threat, but the football was stodgy – and neither of us had ever really wanted to play that kind of football, either as players or coaches.

We had gone to the Confederations Cup in Russia the year before the World Cup and did a lot of miles in the air, looking at potential training sites and watching teams. Portugal were there, so were Germany. We were trying to get to grips with the size of the nation – what was it like to be nearer Finland or Turkey, for example – but we were also analysing the teams. And it was there that we decided that playing with a back three would give us a better chance not only of keeping clean sheets, but also playing a more effective game with the players we had.

We’d played with two midfielders in qualifying, and it hadn’t looked right – we felt that three midfield players would be better than two. Three would bring in Dele Alli and Jesse Lingard – players who would have to become wingers if you played a midfield two. We were trying to find ways of getting our most talented players on the pitch in a way that gave them their best chance of showing their obvious qualities, while also keeping us stable without the ball.

That’s where the 3-5-2 you saw at the World Cup came from, with Raheem Sterling playing behind Harry Kane. We played the wing-backs – Kieran Trippier and Ashley Young, sometimes Danny Rose – very high, with Kane as a reference in the centre and then Sterling, Lingard and Alli all playing fairly free in behind him. Jordan Henderson provided the stability in midfield behind them, and then three central defenders who were all very comfortable on the ball.

We picked Harry Maguire (below, far left) ahead of one or two others who were playing at bigger clubs, frankly, and at the time that was a big call – but his comfort on the ball was fundamental in that back three. We all knew John Stones (below, centre) could play, and then the final part of that was Kyle Walker (below, second right) in the back three. It wasn’t too dissimilar to the way Antonio Conte had used César Azpilicueta at Chelsea, and very similar to what Pep Guardiola had been asking him to do at Manchester City.

It was fundamental to us that we weren’t asking players to do anything too different to what they were doing at their clubs. Against Iceland at the 2016 Euros, it had looked like, under the pressure, the players had fallen apart a little bit. None of them had played even close to their real level. We felt that we needed to create a situation where, under pressure, the players would fall back on strong habits they had developed in training at both their clubs and with England. We wanted round pegs in round holes.

I can’t emphasise strongly enough the importance of the second goal against Tunisia in our opening game. If you win the first game, you breathe immediately – and you know that if you can get a result in your second game then you’re through. If you don’t win that first game, the pressure then carries over into the second. So to get that win was fundamental to both our comfort and that of the fans, I feel.

After that, you could see the momentum growing. We were several goals up at half-time against Panama, and that win allowed us to change some players for the third group game against Belgium. At the time that got a bit of criticism, which was understandable, but there’s no doubt that it helped in terms of the progression of the team beyond that.

The Colombia game in the last 16 was the decisive game for two reasons. First, if we were to win it would be the first time England had won a knockout game in God knows how long – so that would have broken that barrier. And the second barrier we broke that night was winning a penalty shootout, which was another huge mental step.

You could see from that moment that it was less a case of what might go wrong and more a case of: “Okay, what can we achieve?” That was a different kind of confidence.

Historically, Sweden were an opponent that England had suffered against. They are a team that make it difficult for you, and our record against them at major tournaments and in qualification was a disaster, really. But we were about as confident as it is possible to be ahead of a World Cup quarter final (below) – and the players deserve great credit for making a difficult game relatively straightforward by the standards of major tournament football.

I’m now in my 50s, and prior to that World Cup I had seen England play in two semi finals in my lifetime: Euro ’96 and Italia ’90. We think of ourselves as a great football nation, and I believe we are – but two semi finals in 50 years didn’t really reflect a great football nation, particularly when you consider what Germany have achieved in that time and that nations like Greece and Denmark have won European Championships.

So we felt immense pride at reaching the semi finals in Russia, but of course that was followed by regrets after the game against Croatia. Every game I’ve ever been involved with where we haven’t won, with any team, you reflect afterwards on what you could have done to make the outcome different.

We reflected afterwards and we made some observations that will remain private, but you have to use every game to learn from the experience and improve. That’s part of the process.

We had a fantastic facility in St Petersburg, with its own grounds, and the day after the semi final I had to get out and have a little bit of time to myself. The disappointment was immense – when you get so close, it hurts – but my experience of life at Chelsea taught me that it’s about winning, and a winning mentality doesn’t include feeling sorry for yourself or making excuses. You analyse and then push to do better, which is of course what we’re trying to do.

Everyone involved with the national team wants to give the nation more of those moments of happiness that were evident during the World Cup in Russia. We weren’t at home to enjoy them – we were a long way away, in the middle of a forest somewhere – but we’d get back from games and see the BBC running sports news on the big screen in our hotel.

We would see the images of English people out in the sunshine, celebrating those moments – and it’s a humbling experience to feel you are part of something that can create that. Those moments were incredible for us all see, both players and staff.

The challenge now is to try and do that again in the summer… and to take it that one step further.