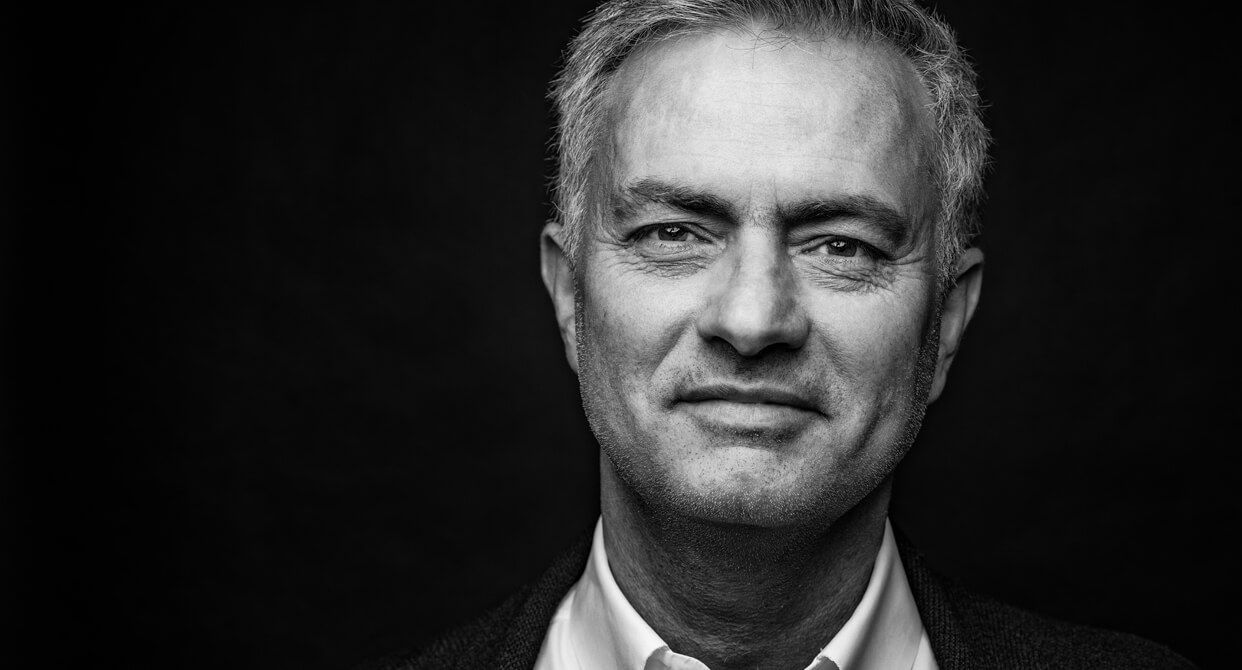 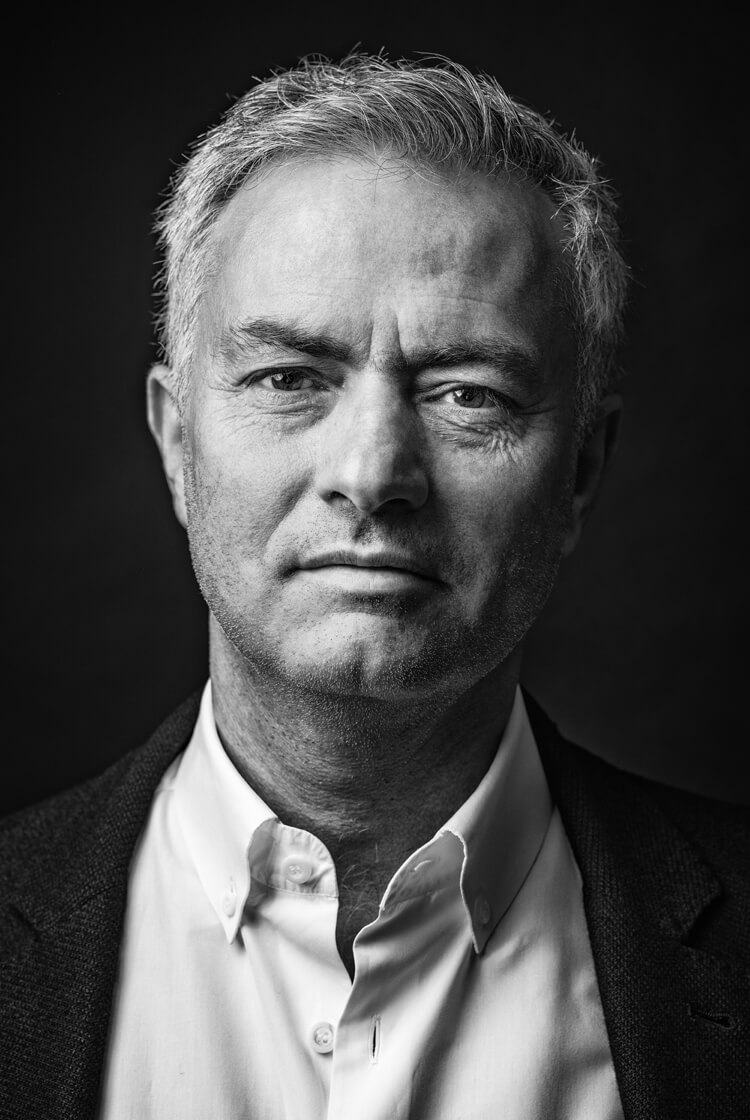 I’ve always liked this feeling of the unknown.

This question of: can I dominate all the difficulties that come, not only with a new competition, but also a new country?

To win in Italy, in England, in Spain – it requires the flexibility to adapt. To sometimes go against your own ideas and choose the right way to succeed, depending on the reality of the club and of the competition. Even socially, you have to understand the needs, the aims and the motivations of everyone.

I am lucky to be rich with this kind of experience. That’s why now, I don’t close the door to a new country, to a new competition.

There is just one requirement from my side. One thing that I need from a job.

I have to play to win.

I am quite pathological in this. Somebody could give me a wonderful, incredible, amazing 10-year contract and tell me: “The objective of the team is to stay in the top half of the table. So, if you finish seventh, eighth or ninth, it’s perfect.” That is not for me.

I need a project where the feeling is I play to win. I compete to win. After that, if I win or I don’t win, then that’s my problem, and that of the players and the club. But I need a project with that pressure.

This is my nature.

That was one of the reasons why I first came to Chelsea in 2004 (above). Then, the club was already quite close to success – finishing second in the league and reaching the Champions League semi final.

But there are no big clubs without a trophy room. So the job was to bring Chelsea to that next dimension – to win the Premier League.

It was a job that I felt was very adapted to my mentality, which is: go to win.

Our first game was at home against Manchester United. It was important to win, so that there was not a contradiction between our words to the players, our ambitions and the result. If you say “this season we want to be champions”, and then the first match you lose two or three-nil at home to a direct rival, you take one step back.

We won 1-0 that day. We took one step forwards.

“Defensively, we were phenomenal. And, once we were in front, we had that capacity to kill teams in transition”

What I saw in that match was a big relation with what we tried to give the team in pre-season: mental strength, being compact, tactical discipline. And then, being really ambitious in our approach. It’s what I call the ‘all-in’ approach; you have to put everything into that game. Into every minute of the game. Every second of the game.

In terms of your quality, your physical power, your aggression, your emotional control, everything is all in.

That game against United was one of those where you could feel that ‘all in’. One of these matches where I felt, the game is 90 minutes – but it could be 900 minutes and they would not score. We would always win the match.

Sometimes, especially now, I think people try to hide – sometimes with data, sometimes with comment, sometimes with PR – the reality of things. The reality for me is always that the most important thing is to reach the objective. Which, that season, was to win the Premier League.

So then, is how you do it important?

We did it playing absolutely fantastic, dominant football. Defensively, we were phenomenal. We also scored a lot of goals. And, once we were in front, we had that capacity to kill teams in transition. We were a very complete team.

“I feel a sense of duty – not just to the club, the owner, the players, but also to the people – to give it everything”

The next season was so nice and easy that I felt from the beginning that it was our Premier League.

We were so strong. The team knew when to be more defensive, when to control the game by having more possession, when were the crucial moments to kill opponents in transition. Every time we went in front we had that feeling of: the game is in the pocket.

We sensed a little feeling of fear in our opponents. They wanted to attack us, but they were afraid to do it because they knew we could kill them in transition. They wanted to defend in a low block, but they knew that any crosses into the box with people like Didier Drogba (below) around were difficult. And they knew that, if there were lots of set-pieces, we would arrive with the giants and score.

It was a lot of fun.

By the time I left, I felt I had built a good relationship with the Chelsea fans. I don’t know if it is a good thing or a bad thing, but that’s my way when I go to a club. It’s like a sense of duty.

A duty to these people. Not just to the club or to the owner or the players – but to the people, to give it everything. To give the people what they want. And the only way to do that is not just by being a good professional. It’s by being one of them.

Of course, as well as knowing what the fans want, I think it’s important to know what the club wants, too. And to try to deliver that.

“Sometimes, simplicity is genius and complexity is to hide that you are not good enough”

At Inter Milan, my agreement with them was that the first season was to keep that dominance in Italian football – to win the title for the third consecutive time. But, at the same time, to fill the need for the Champions League.

To do the second part, we needed to bring the team to the next level.

That first season, I waited and waited until the moment we were knocked out of the Champions League by Manchester United. That was the moment when I told the owner and the sports director: “For me, this is what we need.”

We were a team that, defensively, was phenomenal in a low block. But we needed to bring the line 20 metres higher, to make the team much more dominant, to press higher. To help with that, we needed a fast central defender – that was crucial for us.

The work the club did that summer was phenomenal.

Sometimes, simplicity is genius and complexity is to hide that you are not good enough. At Inter, we had a simple structure in the club and so, even when my immediate choice, Ricardo Carvalho, was not possible, they found the perfect solution: Lucio. He was fast. Really fast. He would give us exactly what we needed.

After that, we had to improve our passing quality in midfield. We had fantastic players there: Javier Zanetti, Dejan Stankovic, Sulley Muntari. But we needed to be more dominant. To be more in control.

For that, we needed something different. Wesley Sneijder was the key for us.

The approach was very simple, and the team became really adapted. Not just to keep dominating Serie A, but to become the kind of strong, cynical, intelligent, pragmatic team that could do it against the best in Europe.

Inter had not won the European Cup or Champions League for almost 50 years. Even going back to the 1980s and 1990s, when it seemed like almost every top player in the world played for Inter, they never managed to do it. There was a psychological wall there that had to be broken.

I felt the key moment came against Chelsea in the last 16. To come to Stamford Bridge and win there was the moment people started to believe. Started to feel that we had a team capable of winning it. That moment was the click that the team needed.

The moment when the psychological wall started to crumble.

Winning that Champions League was a fantastic achievement. It was not an easy way to do it – we were not exactly lucky in the draws. But we went into that competition with ambition and an incredible team that allowed us to deliver what the club wanted.

It has been more than 40 years since I first started analysing football teams. It began with my father’s team, in a generation where the coaching staff were not like today. At that time, there was the manager and probably one assistant, and that’s it.

There have been many changes since those days. But if you go to the philosophical side of the game, there is one thing that will never change: the team that scores more goals is the team that wins. And that is, for me, the fundamental point of the game.

There are many ways to do it. The right way is, in my opinion, a question of the competition you play and the players that you have.

Many people believe that the team with more possession is the team that is more dominant. But that depends on the way you look at it; a team without the ball can still be in control of the game.

To have the ball is something that affects your self-esteem. For some managers, I think it’s more a question of PR and image.

But a team that is more comfortable with the ball must also know what to do when they don’t have the ball.

In the same way, if a team is just there to defend without the ball, and doesn’t know what to do when they recover it, then you become just a defensive team and your destiny is in the hands of the opponent.

For me, the best team is the one that dominates all these moments of the game.

And the best managers? To be a complete one, I believe you must have three things. First, the academic formation. Second, the understanding of the game that comes from your experience in it. And, finally: the talent.

Even with all that, you are always questioning: can I win?

But it is this feeling of the unknown that I like. I always have.