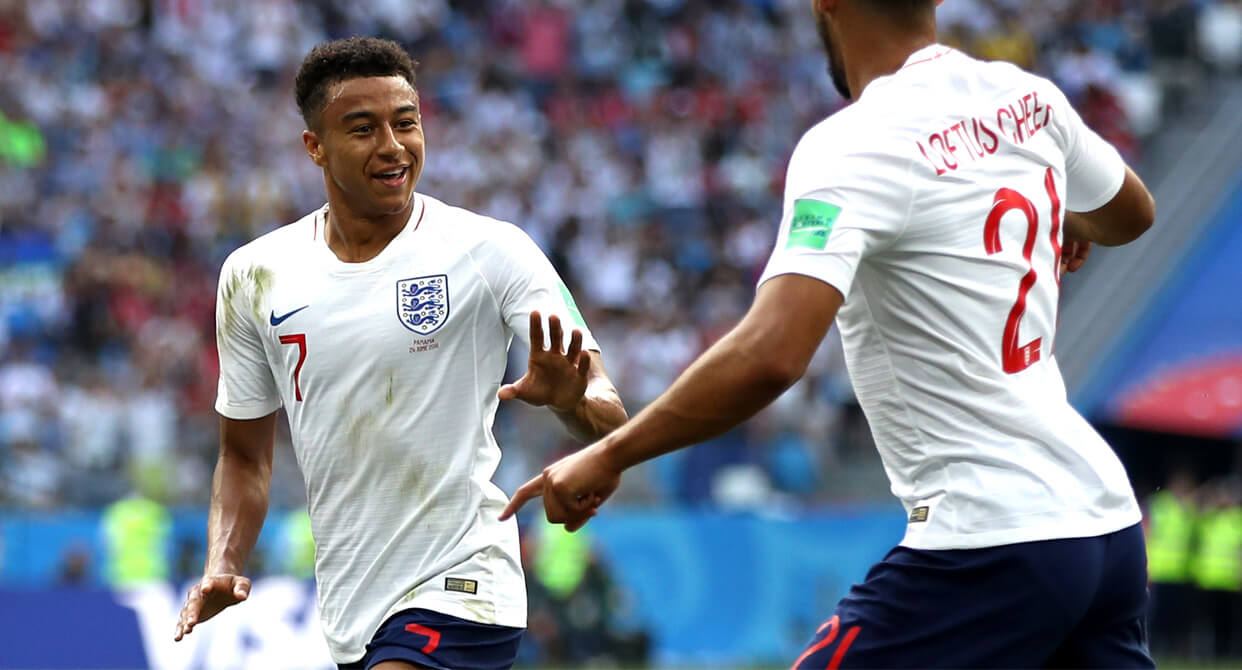 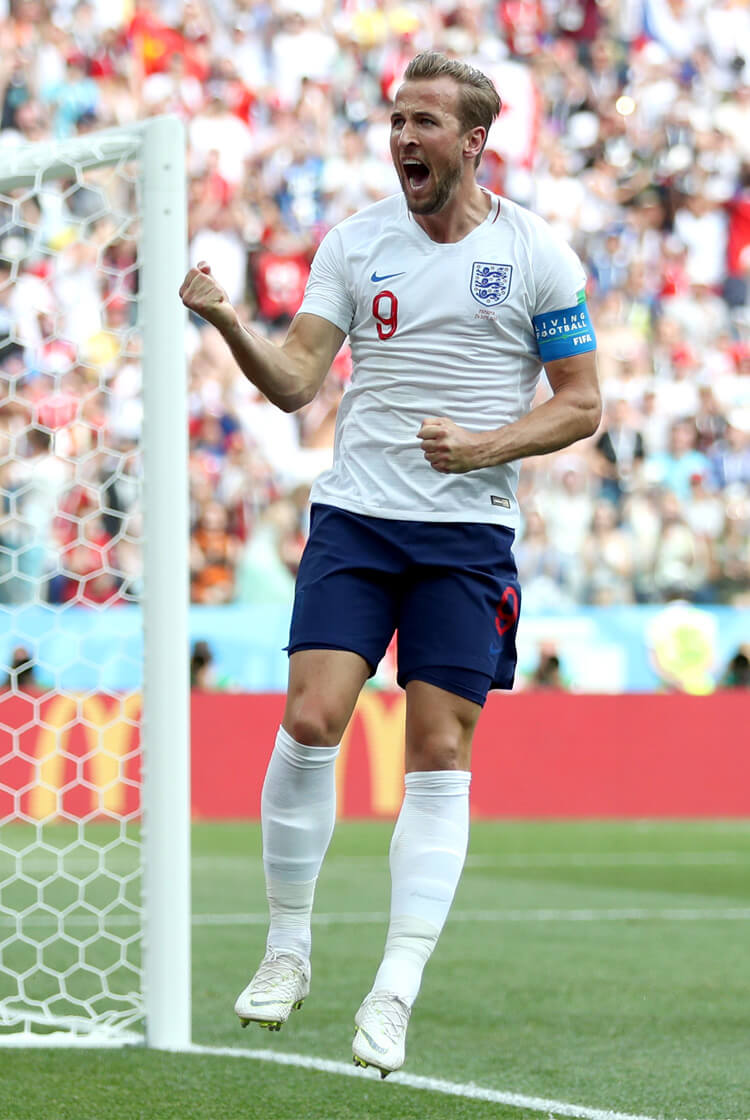 England put six goals past hopeless Panama in a record World Cup win for the Three Lions, securing their place in the last 16 of this summer’s tournament in Russia in the process. Harry Kane again led by example with a hat-trick – two from the penalty spot and one a kind deflection – that sent him top in the race for the Golden Boot. It was Manchester City centre-back John Stones who opened the scoring with a header, and he grabbed a second after a beautifully worked training-ground routine five minutes from half-time. Jesse Lingard’s superb strike was the pick of the bunch, however, his exquisite curling effort from 25 yards one of the goals of the finals so far. Gareth Southgate’s team now sit top of Group G, and won’t want a dip in performance against Belgium on Thursday. 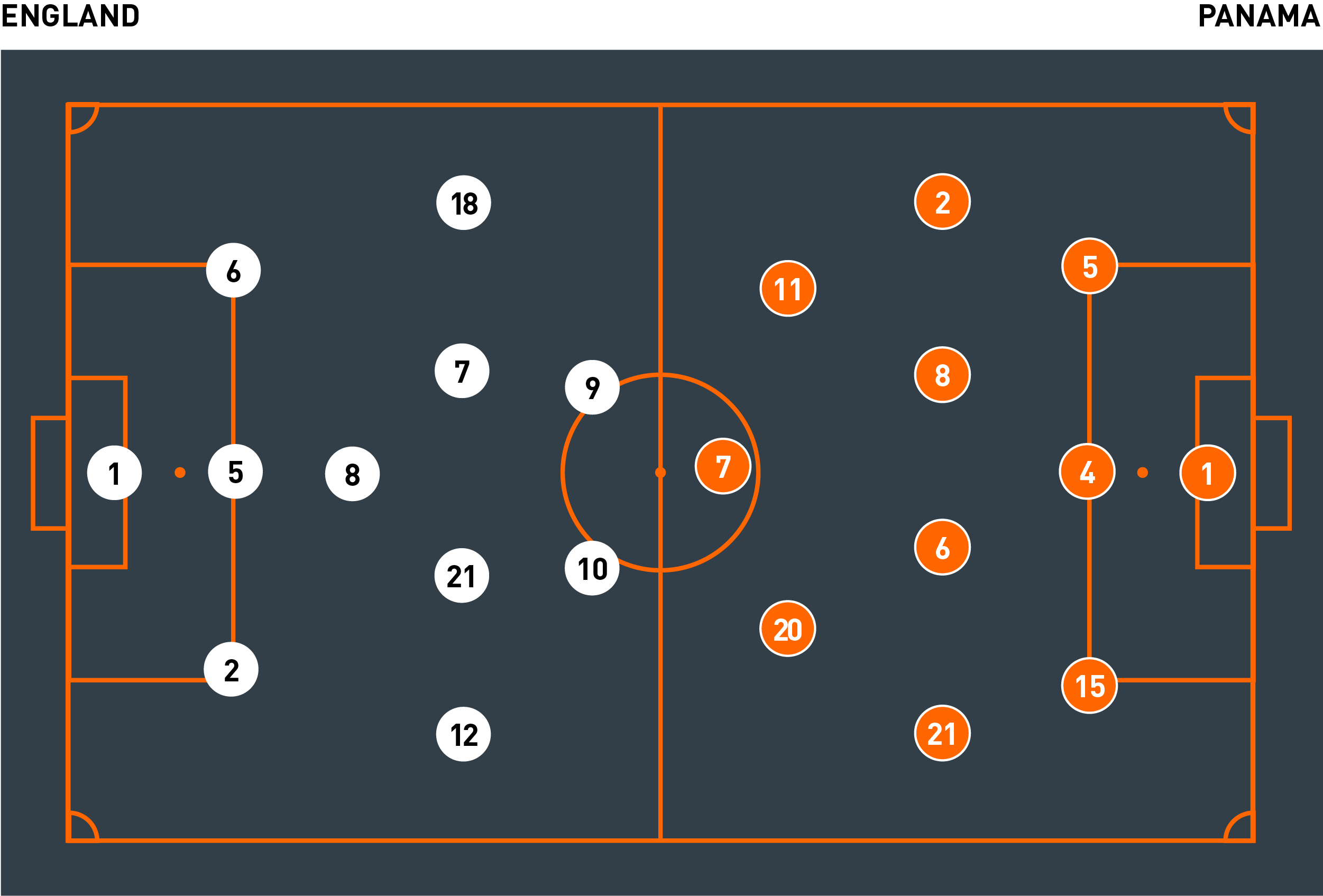 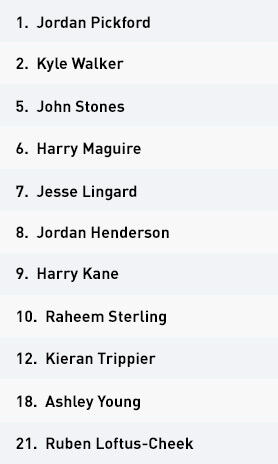 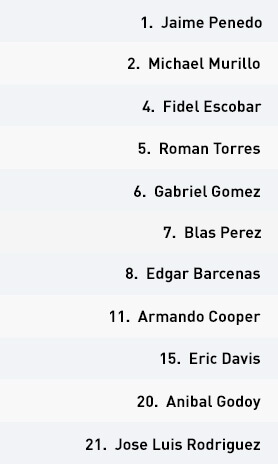 England set up in their usual back three, with Jordan Henderson sitting just in front. Kieran Trippier and Ashley Young provided the width, while Ruben Loftus-Cheek and Jesse Lingard would float in the half-spaces and central areas. Raheem Sterling and Harry Kane operated the top line, with both dropping in on occasions – Sterling more so than Kane.

Gareth Southgate’s men looked uncomfortable in possession initially, and found themselves up against a very compact team that were happy to concede the ball. But a combination of excellent set-piece work and naive defending saw them take a comfortable lead and settle the game as a contest very quickly.

England demonstrated superior quality in possession as the game progressed. When Panama did decide to press, they were more than capable of passing around and through, with a key feature of this being the positioning of players on different lines in possession. This made it more difficult for Panama to maintain a compact out-of-possession shape while pressuring the ball. A great example of this was in the build-up leading to Jesse Lingard’s goal to make the score 3-0.

England eased the pressure and intensity of the game in the second half and looked to protect some key men, including Kane and Trippier, giving minutes to squad players such as Jamie Vardy and Danny Rose.

They pressed in a 5-3-2 centrally out of possession, with Sterling and Kane leading the line. When Panama played the ball out wide in the initial phases of the build-up, England would operate a 4-4-2 system. The ballside full-back would step into the midfield line, while the opposite full-back would tuck round to maintain the line of four.

The understanding and adaptability to the situation of the England players was pleasing, particularly between Young and Lingard. When Panama played wide they would tend to try and get a runner in behind the space left by Young before Harry Maguire could get across – but as soon as Young stepped in to press, Lingard would track the runner to maintain security.

Panama took on many forms in possession given the superiority of their opponents, but the most common and most structured was a 3-4-3. While showing early threats on the counter-attack, their technical quality in the final third was very poor. They were willing to get runners going forward, but seemed to lack a clear plan.

In the second half, when England were at times happy to concede possession and allow Panama to have the ball in their own half, they showed they could be patient and comfortable with the ball, moving it horizontally across the pitch.

However, they severely lacked any sort of movement or rotation ahead of play that could remove players from England’s back line – and their opportunities to penetrate were very limited as a result. One solution they found was to encourage their full-backs to run beyond England’s back line from deep – this was harder to track, and Panama achieved occasional success from it.

Panama were not too bad out of possession, despite the scoreline suggesting otherwise. Of England’s six goals, only two came from open play, and another took a huge deflection on its way to hitting the back of the net. Few teams have displayed the same threat as England from set-pieces at the tournament so far.

Out of possession, Panama mostly set up in a 6-3-1 formation with the intention of forcing England’s players to play backwards and prevent space for penetration. They demonstrated a noticeable strategy for England’s wing-back, too. The outside full-backs would position themselves half and half between Ashley Young/Kieran Trippier and Ruben Loftus-Cheek/Jesse Lingard – then as the ball would travel to Young or Trippier, the Panama full-back would press with the inside full-back moving on to the nearby midfielder, while the rest shuffled across.

This aspect was well organised, but the focus of the other players tended to be on the ball. They therefore failed to see the runs being made by Lingard, Raheem Sterling or Harry Kane in behind the more central defenders – as seen for the foul on Lingard for England’s first penalty.

Panama’s weakness out of possession was when England reacted and played quickly in transition. Once they decided to attempt to press, Gareth Southgate’s troops found it all too easy to play around them.