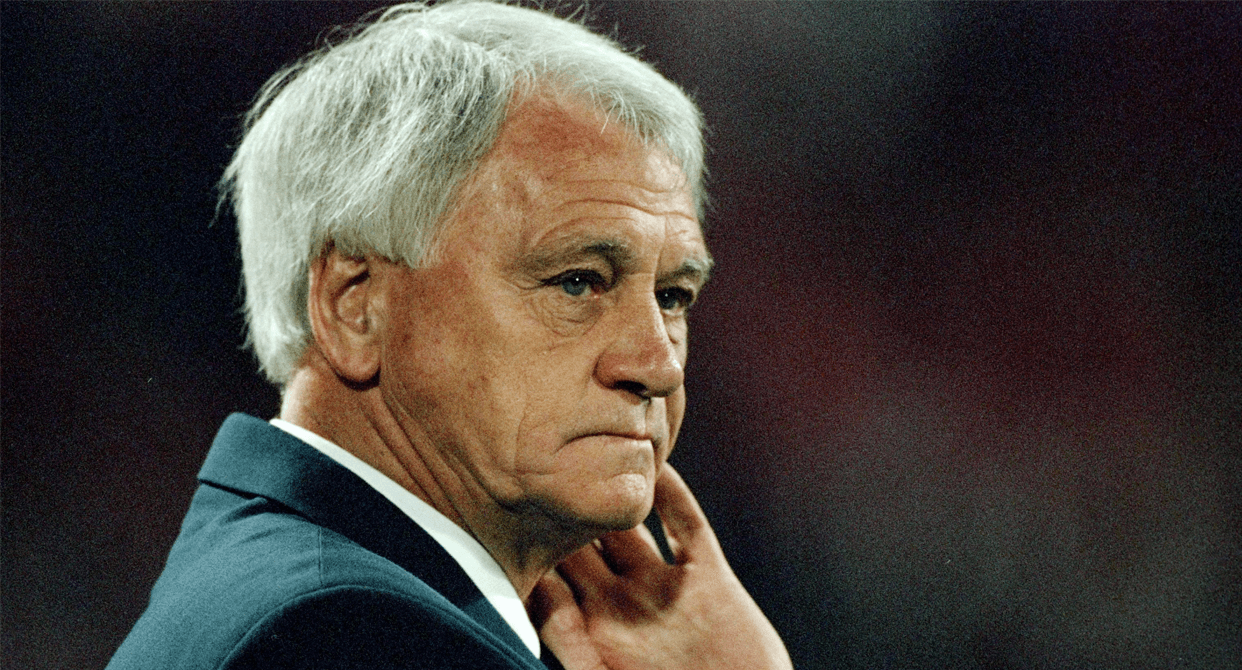 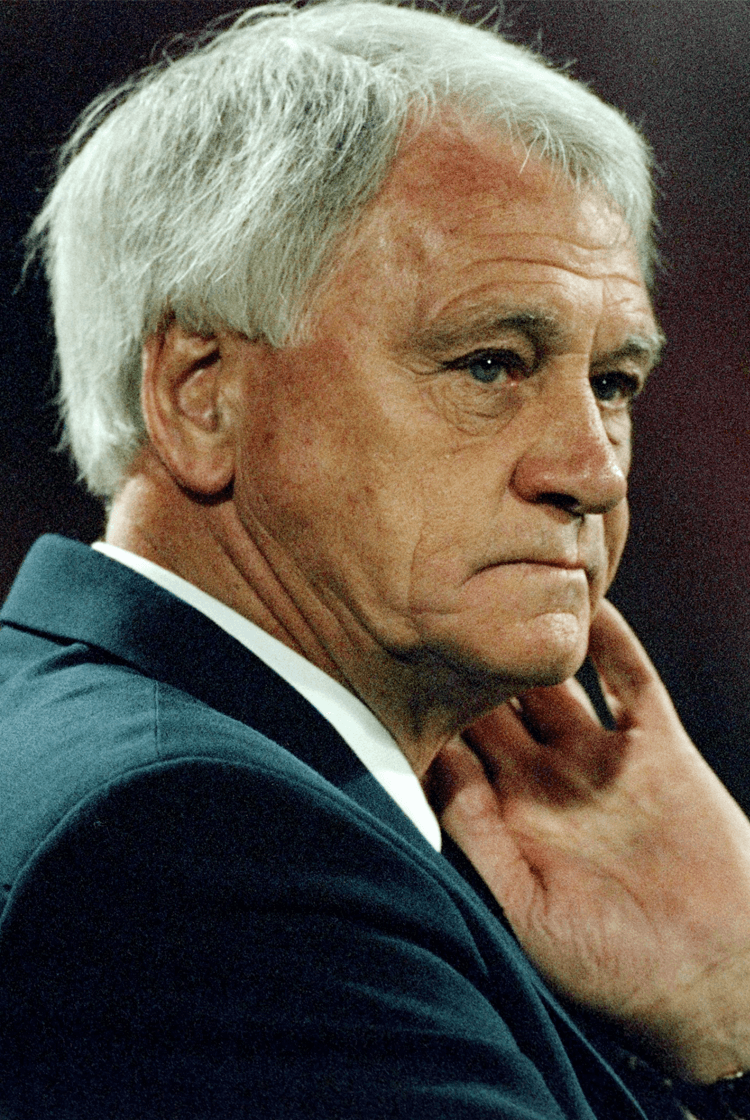 My contract was expiring at Bolton.

Talks over extending it were delayed because we were in the Division One playoffs, but after the final my agent told me one of the teams that had been watching me was Newcastle. He knew that if he had told me before the playoffs, my head would have been spinning.

I then had a phone call with Sir Bobby Robson, drove up to meet the chairman Freddy Shepherd, and within 10 minutes had agreed my return to St James’ Park.

For me, there was nothing better than hearing from Sir Bobby that he’d like to take me back to the club I considered home. The call was nothing too serious or tactical. It was just Sir Bobby being Sir Bobby – getting to know you.

It was a done deal as soon as I picked up the phone. I certainly hadn’t expected to play for a guy who had managed the likes of Barcelona and England.

I was very nervous, but he put me at ease straight away – the way he spoke to you was so relaxing. You felt like you already knew him, which is a crazy thing to say when you don’t and it’s your first conversation.

It was a skill that he could make people feel like that – even over a phone call, which is a lot harder than face-to-face. “I’m excited to get you in for next season” – he built me up in that conversation, not that I needed it when he was the one calling.

The first time I met him was the first day of pre-season. For him it was just another day, but there was a great atmosphere. We’d signed a couple of players and there was this feeling that things were turning for Newcastle.

"He would wear his heart on his sleeve – the hurt, or the pride – and it made you want to go out and perform for him"

When he’s in the room, there’s an aura about him. Not the kind you saw with David Ginola, who everyone turned to look at when he walked in; there was just something about Sir Bobby’s personality that put everyone at ease.

That dressing room had in it people as young as Jermaine Jenas, senior players like Alan Shearer, and different nationalities. I’ve been in a lot of them, and there’s not many where the players all respect and like the manager – particularly those who aren’t playing – but everyone liked him.

I went through a season not playing at Newcastle, but I still totally respected him because he treated me like a human. He’d speak to me, give me an answer if I asked a question, and be honest.

Other managers can’t get enough of you when you’re in the team, but if you’re not playing or you’re injured, it feels like you don’t exist. But that was never the case with Sir Bobby.

‘Enthusiasm’ is the word that really strikes home. He was always in his tracksuit on the training field, joining in, and very hands-on.

He always brought energy, and always wanted energy and the highest standards in everything, but he could also be funny. It didn’t involve him telling jokes; it was a subtle humour. You just found him funny.

"Even behind the scenes, Sir Bobby was pulling the strings"

His football knowledge was immense and, despite the age difference, he could connect with 18 and 34-year-olds on any level. That is hard to do.

You’d all see him in front of the camera, when he’d wear his heart on his sleeve – the hurt at a defeat, and the pride at good performances – and you’d want to go out and perform for him.

I remember speaking to a member of his staff once they had both retired. At the time they were at Newcastle together, he hadn’t understood all of Sir Bobby’s methods, but after they both left Bobby actually explained them to him. Of course, it made complete sense.

Sir Bobby had wanted to separate himself from his staff, because he wanted that respect there, too – even behind the scenes, he was pulling all of the strings.

The crazy thing is, after I’d retired and read his book, I learned what he was going through at Newcastle with his cancer – at the time, you would not have known for one minute. There was never any complaining, and nothing slowing him down.

The mentality and strength to go through what he did and continue to be at the top of his game was just incredible. He went through it on numerous occasions, and he fought it off. That was him – always looking forwards and positive, never backwards.

"When we got back into the Champions League, the town had that buzz again. If you’re from that area, you can feel it"

We always used to practise throw-ins, because it was one of his biggest bugbears – how hard players used to work to win the ball back and then just throw it back to the opposition. We’d be top or second in the Premier League, and practising throw-ins – that was his level of detail.

My first season back, Craig Bellamy had also come in. With him and Kieron Dyer, we had a lot of pace going forwards; together with the old heads of Gary Speed and Shearer, and with Nobby Solano (below) at the top of his game, we had a hell of a season. Once you get momentum at somewhere like Newcastle, that ball starts rolling and it becomes a great ride – it was a really good season back in the northeast.

To try and get Newcastle back to anywhere near the level we were reaching with Kevin Keegan was incredible – we got back into the Champions League, and the town just had that buzz about it again. If you’re from that area, you can feel it – to be part of that again was something really special.

Olivier Bernard had also come in, and Sir Bobby really liked him. That French connection with Laurent Robert went a long way, and he started to play ahead of me.

Don’t get me wrong – I was pissed off, every day. But Sir Bobby would do small things like have a chat in the corridor, which is one of the things I’ve even taken into my life beyond football. Treating people with a smile and a thank you, and asking how they are, goes a long way.

"He deserved so much more than his departure from Newcastle. When he left, his illness really kicked in"

That’s partly what makes the timing of his departure from Newcastle, four matches into the 2004/05 season, so bizarre. It sounds bad but, as hard as it was, you could see the writing on the wall.

But there’s ways to do it, and Sir Bobby deserved so much more. I wish it was dealt with differently, maybe at the end of the season, properly, and with a plan in place.

They say that you should keep the mind active, doing what you’re doing, and have a passion. When he left the club, it became apparent that that was when the illness really kicked in.

I was fortunate enough to meet him again a couple of weeks before the Sir Bobby Robson Trophy match, when he made his last public appearance, in a wheelchair at St James’ Park, in July 2009. He obviously looked very poorly.

Someone in my family went through the same, and they set themselves a target of seeing their grandchild born – once they did, they went peacefully. With Sir Bobby, I think it was that game – he wanted to see the game through, see the players again, and experience going out at St James’ Park one final time.

"A couple didn't speak a word of English but they recognised Sir Bobby. He's still loved"

It was that, and the fact I’ve had a lot of cancer in my family, that made me want to raise money for the Sir Bobby Robson Foundation. I’d never had the chance to pay him back for taking me back to Newcastle, and for giving me and my family that opportunity.

Me and Phil Gray, a friend and triathlete, cycled 3,500 miles in 21 days. We started in Porto, went to Lisbon, then across Europe to Barcelona and Eindhoven before returning to the UK and taking in Fulham, Wembley, Ipswich and Newcastle – all his former teams.

We started it in October, so you start in the dark and finish in the dark, and it turned out we did the equivalent of sea-level to Mount Everest five times, in altitude. You can’t tell on maps how bad the roads are, so we came across huge obstacles, and we slept in a camper van. It was brutal.

I’m so happy I did it, but it’s not something I’d ever repeat, not least because there were some long days there. It sounds corny, but I thought of my father, my father-in-law, Sir Bobby – the people you’re raising money for to try and make a difference. So there was never a day when I thought I needed to stop.

The way people spoke from the heart along the way, too. We were maybe three hours from Barcelona one day, and we were flagged over by an ageing couple who didn’t speak a word of English but wanted to donate because they saw Sir Bobby’s picture on the van.

Then, at the end, we held a celebration ball where ex-players came to meet me. The support the whole way through was just fantastic.

There’s not many managers who leave clubs and are still loved – and I mean loved – like he is. In every city we went to, it really was mind-blowing.

But that's the power of Sir Bobby.