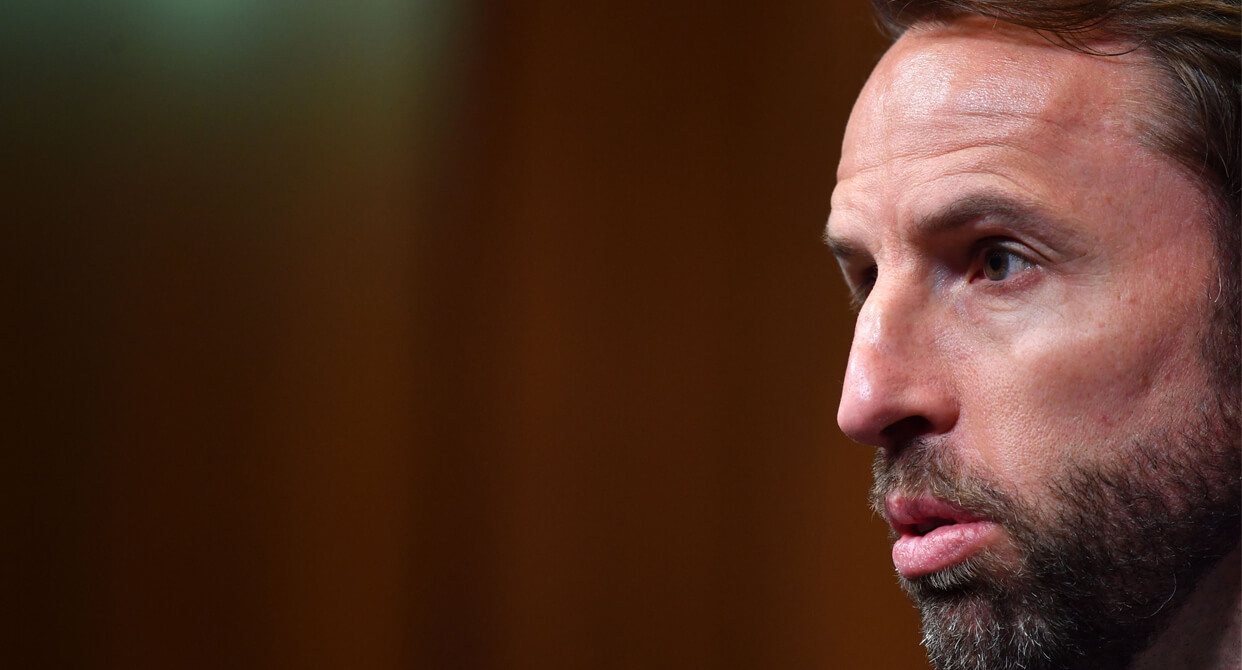 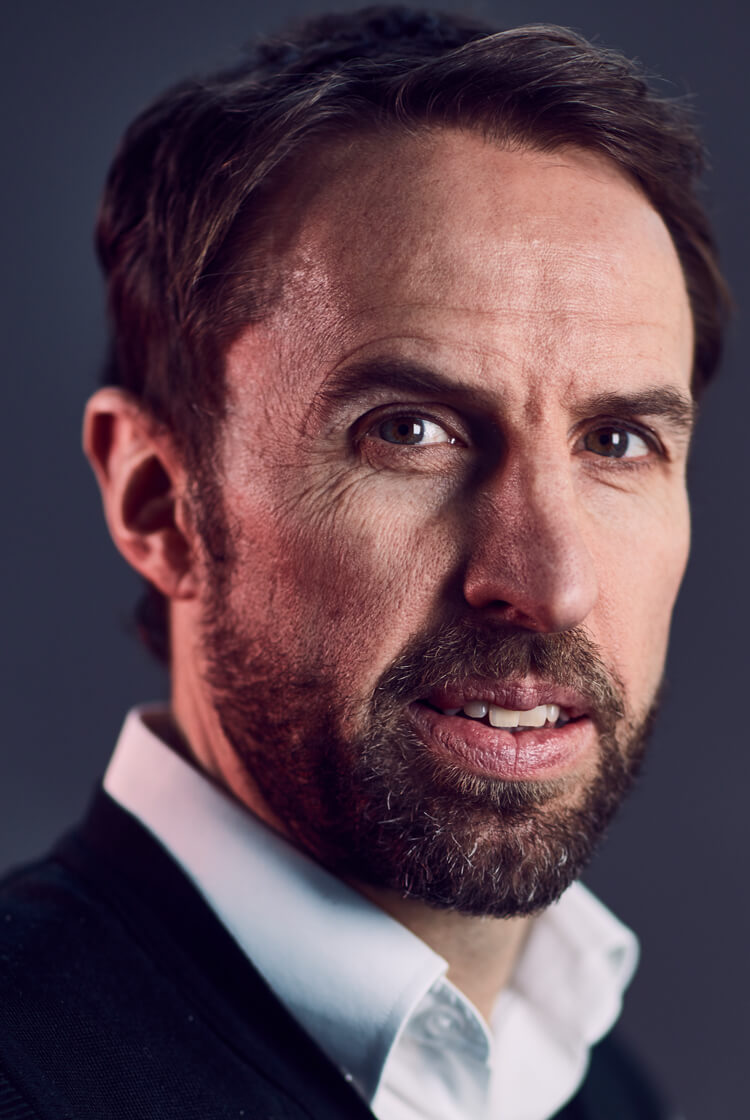 It came out of the blue.

I was on holiday with my family, trying to shake off the end of the previous season before I started to think about the next one, when I got a phone call from the Middlesbrough chairman.

Would I consider taking on the role of manager?

Maybe I shouldn’t have been that surprised. I’d already made a start on my coaching qualifications. And when Steve McClaren had moved on to take the England job, I’d spoken to the chairman about the possibility of learning from whoever was coming in to the club as manager next.

Maybe I could be part of their team, or even just sit in on some of their meetings. It was something I was keen to do alongside playing.

I still had another year left on my playing contract at Middlesbrough. And given I’d played around 30 games the previous season, there was no real reason to think I wouldn’t see that through.

Except, of course, for this one.

It turned out that the chairman hadn’t been able to get who he really wanted to replace Steve. So he called me.

I knew it was a brilliant opportunity, and one that might not come my way again. But it was a stressful one.

All of a sudden, I was on a fast track of learning. Every meeting I was in and every experience was brand new to me. Nothing I’d done up to that point in my life had really prepared me for any of it.

I couldn’t hide from that. I think everybody knew I wasn’t completely ready, but I was fortunate to have some good, experienced coaches around me that really helped enormously – people like Steve Harrison and Malcolm Crosby. Without their support initially, it would have been really difficult.

One of the hardest things as a new coach is that you don’t have any evidence of what works. You have an idea in your mind of how you think things should be run, but you don’t actually have evidence of the results until you’ve lived through it.

You’re constantly being challenged by everybody. Your every decision is questioned. Alongside all of that, you have questions in your own mind.

Until you can build up those experiences, it’s very difficult as a manager to be convincing to everybody else. That’s why it’s a much better pathway to work with young players first, so that you get an understanding of how people learn, how you need to coach, how you want to play and what that looks like on the training pitch.

That’s all before you start adding things in like recruiting players, operating in the transfer market, how to deal with the media and with running a club.

Sometimes I ask myself, was it a good decision to take it on? There’s certainly better pathways than the one I took, that’s for sure.

But in my first two seasons we finished 12th and 13th in the Premier League. If you look at Middlesbrough’s history, they’ve only had a couple of seasons where they’ve finished higher than that – one with Steve and one with Bryan Robson.

There’s no doubt in my mind that it was the biggest achievement of my life to keep the team in the Premier League for two years. All while everything was so new to me and, as a consequence, very stressful.

It was a miracle, really.

When we got relegated, it was heartbreaking. To live with the fact that the club weren’t in the Premier League any more – and to end my time there on such a low – was tough.

I left feeling that, in the end, that was how a lot of people would remember my time at Middlesbrough.

"I’m not going to ram my playing experiences down their throat, but there might be odd things I can draw on to say, I know how you feel"

It was an experience that I learned so much from, though. As a coach, it undoubtedly left me better prepared for what was to come.

In 2016, people might have thought that it was a big step for me to go from managing England’s Under-21s to the seniors. To me, it was nowhere near as big a step as going from Middlesbrough player to manager overnight.

That’s not to say that a playing career can’t be of any help in preparing you for management. I believe it’s a real advantage to have played the game, but it’s one that’s only effective once you can handle all the other parts of managing and coaching.

To start with, that’s learning how to coach. Understanding, how do people learn? And how do you get your ideas across?

You also need a clear understanding of how you want to play, and how that can be coached on the training field.

Once you can do all of those things, that’s when your playing experiences can help you to give some mentorship to the players. You might be able to relate to them in a way that somebody who hasn’t played perhaps can’t, because you’ve lived through a lot of the things they’re going to face.

I’m not going to ram my playing experiences down their throat, but there might be odd things I can draw on to say, I know how you feel because I went through that. In that way, I think having a playing background can be a strength.

But if you can’t do all the other things first, then actually they won’t be that interested in listening to what you’ve got to say about playing.

In terms of having that playing background, you could say I’m lucky.

In 1996, I got to experience something truly incredible: a major tournament on home turf that captured everybody in such a special way.

It was my first year of international football and I was working with an excellent coaching staff. Not only Terry Venables, but Don Howe and Mike Kelly – outstanding coaches in their field. They also had Bryan Robson as a link between the staff and the squad, which worked really well.

The team itself had something like five or six players who were captains of their clubs. Some outstanding individuals. It made for a team that was tactically really savvy – because of the coach and because the players were able to take those ideas on board.

At 25, I was one of the younger ones. It was quite a mature team, and one that was full of leaders. Strong characters. Technically good players.

As I said, it was an incredible experience. But that’s only one side of it.

The other side is how it finished for me individually, with that penalty against Germany. Perhaps I wasn’t quite so fortunate that particular night. But the resilience I had to develop over the years afterwards is definitely a quality I consider crucial in my career as a coach.

My experiences of going to major tournaments and being in an England side that played in the semi final of a major championship – something only around 20 people in the last 30-odd years have done – stand me in good stead as England manager.

I know some of the things that have worked over the years, and the scenarios that we’ve been through as a team, and I can put them into some context. That should be a strength for us as a team because, as a coach, I’m not going to be surprised by a lot of things that are likely to happen.

And if something does come out of the blue, this time I know I’ve got the experience to handle it.

Everything I’ve done up to this point in my life has prepared me for it.